Expanding on last week’s 18.40 update, the latest Fortnite patch is really more of a hotfix.

This means you can jump back into Battle Royale as soon as the download has been downloaded and installed.

The latest Fortnite hotfix introduces another funding battle for fans to get stuck into.

As discovered after last week’s update, the hotfix pits the Proximity Grenade Launcher against the Flint-Knock Pistol.

“The war effort’s again taking a look back at the classics – putting forth two unconventional weapons for Loopers’ consideration.

“With the Proximity Grenade Launcher, launch grenades that go off by just being near someone. Or with the Flint-Knock Pistol, go flying back for extra evasiveness (and mobility) when you shoot it.”

You can decide which weapon is added by visiting funding stations and donating gold. The first to reach 100% will be added back into the game.

Elsewhere, the new update introduces the Strike from the Shadows Week, which kicks off at 5pm GMT on November 23.

As part of the Strike from the Shadows Week, fans can complete a variety of themed quests.

“The best ninjas know the importance of stealth. It’s one thing to throw a Paper Bomb Kunai at an opponent, but it’s another to approach in shadow form first.

“True, you can’t use weapons in shadow form – and the Kunai is no exception – but why blow your cover before you’re within striking distance?

“You can catch Shadow Floppers in greater numbers too… and even find them on land. Turn into a shadow with the Stones and Floppers, then strike with the Kunai. Also complete themed Quests in the Strike from the Shadows Punchcard!”

The update also appears to have shed some light on one of the weapons coming to Chapter 3.

As revealed by Fortnite insider Hypex, the new weapon is similar to the Flint-Knock weapon.

“An Upcoming Chapter 3 Weapon that Epic are working on sounds like a buffed FlintKnock (Common to Legendary),” reads a Hypex tweet.

The other patch notes can be seen below. Vianney Le Caer/Shutterstock Just in: Kate Middleton has a super affordable solution to an age-old problem. With all of her royal engagements, […] 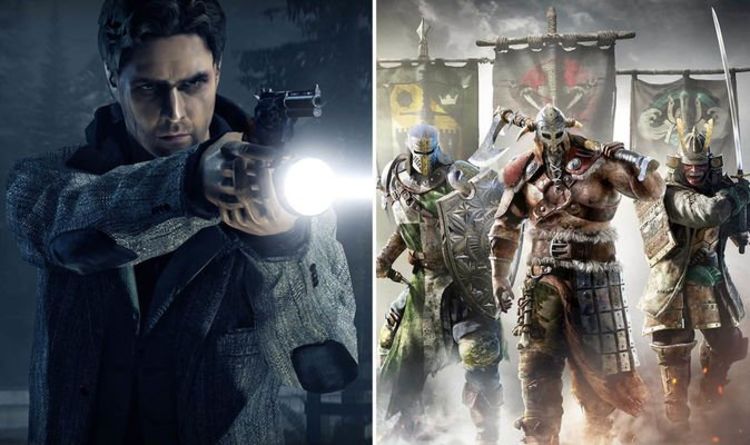 Epic Games Store users can save big this weekend and get Alan Wake and For Honor completely for free. For Honor usually […]