No cold open in this week’s Succession. Season 3, episode 6, What it Takes, is straight down to business. And that business is the unimaginably wealthy but unbelievably morally bankrupt Roy family choosing the next leader of the free world.


Arriving at a conservative convocation, the Roys are under a cloud with their right-wing brethren for nobbling the sitting president. But Logan Roy is a kingmaker. Which leaves the wayward prince, Kendall, increasingly out in the cold. Things are coming to a head for the Roy family — and for America.


Episode 6 is streaming now on HBO Max. Spoilers ahead!


What you think I think


Kendall has the best lawyer, the best story and the fucking receipts. So why is it all slipping through his fingers? There’s a recurring motif this season of Kendall saying something obnoxious or entitled then playing it off as a joke. “I’m not saying that. I’m saying what you think I think,” he admonishes his legal team in this episode. Again, he’s self-ware enough to know he’s said something he shouldn’t. But he’s rich enough to just say it anyway and expect it to happen.


His biggest problem is that he thinks he’s smart. He’s savvy enough to hire the best people, but he isn’t bright enough to listen to their expertise. At heart Kendall is often just a petulant kid who doesn’t like being told what to do, and that’s going to lose him everything. Meanwhile Logan and WayStar are inching their way back into the game with a show of legal cooperation intended to bog down the investigation until they can connive to turn off the heat.


The next president is in this room


The Roys arrive in Virginia for a conservative conference (Con-Con, if you will) at which movers and shakers meet to figure out who can replace the Raisin and run for president at such short notice. The Future freedom summit may be a safe space where you don’t have to pretend to like Hamilton, but it still gives off “Berlin bunker vibes.”


In fairly typical Succession style, we quickly meet a bunch of besuited new characters and have to work out who’s who. The grand muckety-muck is played by Stephen Root, and he probably has a real name but it’s much easier to remember him as Larry Lech. The only thing cringier than his flirting is his joke about being canceled. He whispers with Logan to anoint a nominee the Republican base can rally behind, which means Logan is in charge of picking in what’s been dubbed the “ATN primary.”


And the contenders? There’s Vice President Dave the lip-licking cartoon bear. There’s Selgado, who goes straight at Shiv with a promise to lock up Logan. And there’s box office Jared the alt-right firebrand.


It’s down to Logan to pick the best (for him) of a bad bunch. And despite Shiv’s conscience finally reasserting itself, he opts for Jared. Shiv’s newfound familial ruthlessness reaches its limit when she balks at Logan’s endorsement. Her simmering tension with her father comes to a head when he asks, “Are you part of this family or not?” In the moment, Shiv decides she stands with the clan.


A more personal bombshell lands on the family as Roman, Kendall and Shiv discover their mother is remarrying. Lady Caroline Collingwood, seen at Shiv and Tom’s wedding in season 1 and in London in season 2, is to wed a care home CEO named Peter Munion.


Fans of razor-sharp political satire The Thick of It will chuckle at the name. That show was written by Armando Iannucci, Simon Blackwell and Tony Roche along with Succession creator Jesse Armstrong. And one of the main characters was a baggily conservative politician named Peter Mannion.


As glimpsed in a picture on Roman’s phone, Munion appears to be played by Pip Torrens. Torrens has played sneering scoundrels in the likes of Poldark, Preacher, Patrick Melrose, and The Nevers, suggesting Munion will be bad news. But there’s no time to turn up in this series, presumably meaning Lady Caroline and her new beau could be players in season 4 (which has been confirmed by HBO). We’ll definitely welcome more Harriet Walter dropping acerbic wit and giving Logan a run for his money.


Terminal Tom has a new nickname: He’s the Christmas tree you can hang your crimes on. An increasingly wretched Greg goes from suing Greenpeace to asking if Tom will take the rap for him. And Tom, resigned and disappointed in the only person he has any power over, agrees.


But there’s still one surprise under Tom’s tree. Convinced he’s going to prison, Tom meets Kendall to see if changing sides will save him from bland food and regular beatings. Kendall tries to flatter Tom with a compliment on whatever his grift is, which is a typically Roy way of seeing people. Tom could be Kendall’s ace in the hole, but ultimately he sticks rather than twists. “My hunch is that you’re going to get fucked,” Tom tells Kendall, “because I’ve seen you get fucked a lot… and I’ve never seen Logan get fucked once.” 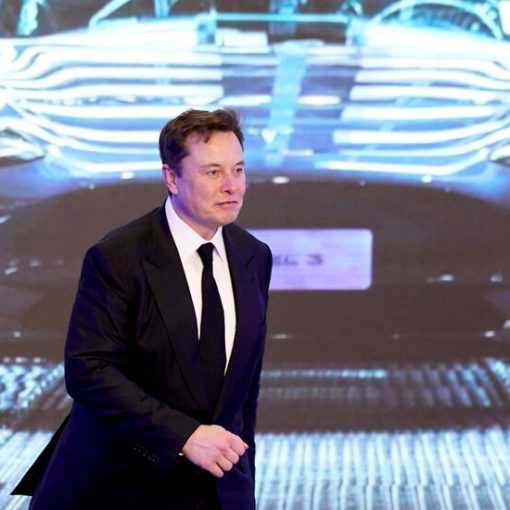 Elon Musk, the chief executive of Tesla, disclosed on Wednesday that he had sold about $5 billion worth of Tesla shares, in […]

The LF Deep Learning Foundation on Wednesday announced the availability of the first software from the Acumos AI Project. Dubbed “Athena,” it […]

This is a preview of the On Tech With Shira Ovide newsletter, which is now reserved for Times subscribers. Sign up to […]

Angela Lang/CNET The Twitter accounts of 130 users were targeted as part of a bitcoin scam, the social media company said on […]