The idea of one, single trophy satisfying any Rangers player’s hunger for success sits at odds with everything I think the club is about.

I really can’t get my head around it. You could argue Connor Goldson was simply being brutally honest when he spoke on Sunday about the edge missing from the team’s performances after last season’s title win.

But let’s be clear here, admitting there is a lack of hunger in the dressing room is just about the worst thing you can say at a club like Rangers. It alarmed me. It really did. And I’m pretty sure Giovanni van Bronckhorst felt exactly the same. 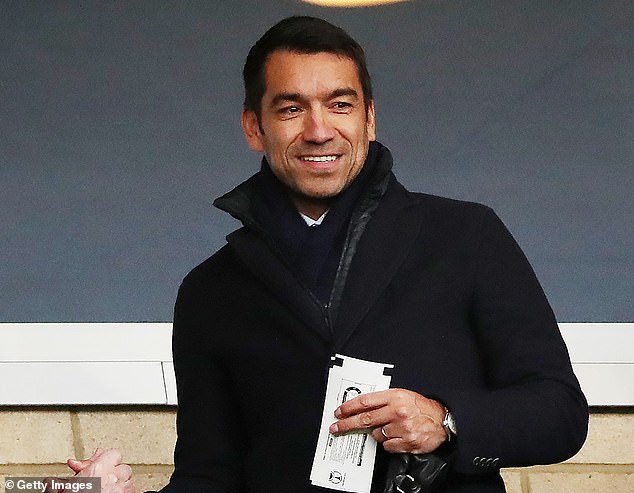 It’s now his job to refocus and motivate this squad. Something has to change. And change quickly. It could be a very demanding introduction for the new manager because the display he watched from the stand at Hampden was just terrible.

Hibs wanted it more. Everyone could see that. Rangers haven’t won the League Cup — or any major cup competition — for a decade. How then could there be any complacency?

You could almost understand it happening to the Celtic players during and after Brendan Rodgers’ time in charge. They had won everything in sight in Scotland. Four successive Trebles. Complete and utter dominance. One hundred per cent success.

That makes some players think about a fresh challenge. They look for another arena in which to test their talents.

But these Rangers players? They have only won one trophy. One in ten if you go back to the time Steven Gerrard was appointed. A ten per cent success rate. The hunger for more should be automatic.

Winning ‘55’ was a magnificent, important achievement. And I still believe there are some big talents in this squad. But you have to go again at Rangers and I’m not sure whether the expectation to become a serial winner is a weight that some can’t handle. We’ll get a more definitive answer in the coming months.

Defensively, Rangers lacked leadership on Sunday. They were all over the place during the first half. In attack, their big players simply didn’t turn up. Ryan Kent didn’t impact the game at all. That’s been a factor worrying me for some time, because everyone knows how highly I regard him.

Kent’s been out with an injury and, sometimes, when you come back, it can take a certain period to restore your rhythm, especially as a creative player. I can understand that aspect because I’ve been there myself. 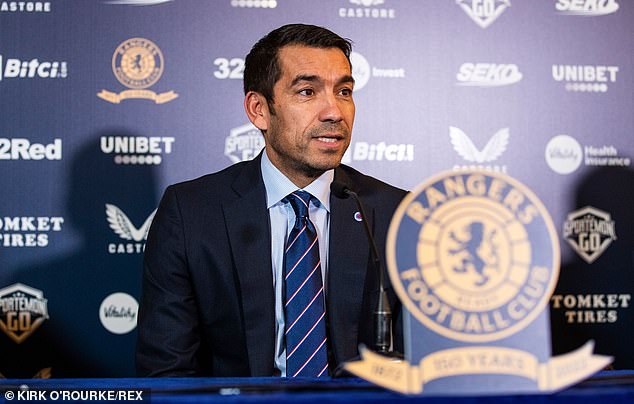 Defensively, Rangers lacked leadership on Sunday – the Dutchman will have to fix that issue

There might be some mitigation for Kent, but I can’t find any for how Alfredo Morelos performed. We used to see him at least running around to put a lot of pressure on the opponent. Not always scoring, but working. On Sunday, he pretty much walked through the game.

For years now, there has been regular talk of where Morelos might go after Rangers, of how much his transfer fee might be. But here’s the thing.

What are you thinking if you are a sporting director at a club in England, France, Spain or Germany and you’re looking at Morelos? He’s not scoring in Europe, he’s not playing well and he doesn’t look interested. It is not a combination to make anyone reach for their chequebook.

If Morelos wants to move, he isn’t going to find an attractive new club unless he gets his form sorted out.

Can Van Bronckhorst wake up Morelos? Is that even possible at this stage of the season? Yes, a new manager can have an impact but it has to come from within Morelos first of all. It’s been too long now since we saw the striker that was exceptional in the 2019-20 Europa League. 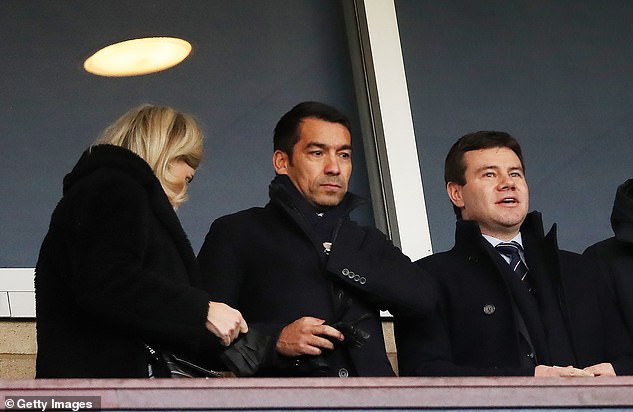 Van Bronckhorst might be tempted to put him on the bench for a bit and give Fashion Sakala a more consistent run.

It’s been difficult for Sakala, coming to a new club but not getting a chance to properly settle as Gerrard had him in and out of the team. These are issues Van Bronckhorst will have to decide quickly because Thursday night’s visit from Sparta Prague has now taken on even more importance.

There simply has to be a positive reaction. It’s of immense importance because it will point to what direction this team is going. Some of these players need to get the supporters back onside.

The Morelos example feeds into the overall picture ahead of the January transfer window. While Ross Wilson is very clear there is no need for a sale, it’s possible Van Bronckhorst might look to generate additional money to firmly put his own stamp on the squad. 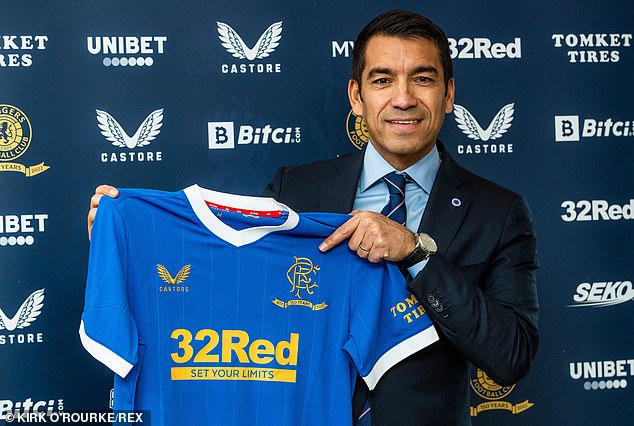 But last season’s top performers have dropped off. Clubs might look at them just now and say: ‘OK, we’ll go for them… but the money’s not great.’

It could limit the possibility for Rangers to go out and get real quality. Breaking a potentially vicious circle requires individuals to be firing on all cylinders again.

In my eyes, Joe Aribo was the only one who stepped forward on Sunday. At least he tried to create things. Particularly in the first half. But he couldn’t do it alone.

Looking at the fixtures coming up between now and the winter break, it’s clear Van Bronckhorst isn’t going to be afforded the luxury of a honeymoon period.

Rangers have huge games in Europe. They go away to Livingston, Hibs, Hearts, Aberdeen and Celtic in the Premiership. The first trophy of the season has gone already. Celtic have a bit of momentum and that would only increase if they won the League Cup.

The gap at the top of the Premiership just now is four points, but it could turn into a very uncomfortable December if the new Ibrox management team doesn’t hit the ground running.

Van Bronckhorst’s credentials are clear to me. He’s got the pedigree, the tactical knowledge and the mentality needed to thrive in this job. But his first task is to make Rangers ravenous for success once again. 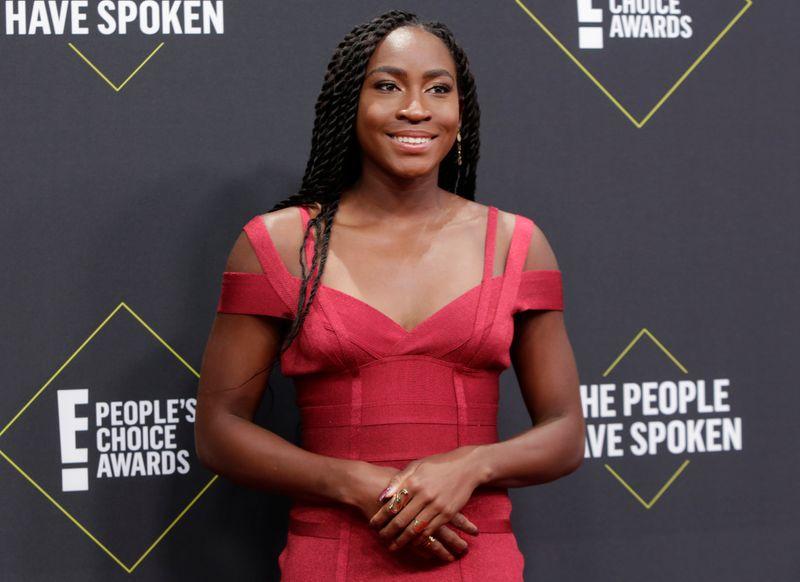 Sunderland’s next three League One games have been postponed after a further four positive coronavirus tests. Matches against Shrewsbury and Blackpool and […]