Politicians reacted in horror on social media after the Waukesha parade, which has left multiple people dead and at least 28 others injured, including 12 children.

Terrifying videos show a red Ford SUV traveling at high speed plowed through police barricades and into the annual Christmas parade in the Milwaukee suburb, running over a group of people marching in the middle of the street.

A person of interest is now in custody, according to police.

The White House said that it is ‘closely monitoring’ the situation in Waukesha and is offering support ‘as needed’ to state and local officials. President Joe Biden has also been briefed but has not yet spoken.

Politicians on both sides of aisle have been quick to condemn the incident, with House minority leader Kevin McCarthy calling ‘the monsters who did this’ to be found.

California Republican representative McCarthy told his 1.3million followers on Twitter to ‘pray’ for the victims and ‘every family impacted,’ after the deadly incident, saying: ‘Our hearts are broken tonight watching the terrible news coming out of Waukesha.’

‘Praying for the victims and every family impacted—and for the speed and fortitude of our law enforcement to find the monsters who did this.’

Former presidential candidate and Housing and Urban Development Secretary Dr Ben Carson  called for unification between Americans in order to end politically-turbulent times that the country has been going through.

‘The thing that really weighs on my heart is, you know, years ago it would be unthinkable that somebody would take a vehicle and use it to injure and hurt people but now, it’s the first thing we think about because we have so much animosity in our society right now,’ Carlson said.

‘Somehow, we’ve got to get across to the American people that we’re not each other’s enemies. A house divided against itself cannot stand. This is just a harbinger of more incidents that are going to occur if we don’t do something to tamp down the hatred in our society,’ Carson added.

Waukesha is just 55 miles north of Kenosha, where Kyle Rittenhouse was acquitted Friday of charges stemming from the shooting of three men during unrest in that city in August 2020.

The Rittenhouse acquittal, which stoked division along political and racial lines, prompted local and national authorities to place security forces on high alert.

Wisconsin Governor Tony Evers said on Twitter that he and his wife, Kathy, were ‘praying for Waukesha tonight and all the kids, families, and community members affected by this senseless act.’

‘I’m grateful for the first responders and folks who acted quickly to help, and we are in contact with local partners as we await more information,’ Evers also wrote in his tweet.
Senator Ron Johnson thanked paramedics at the scene and offered his thoughts and prayers.

‘My thoughts and prayers for everyone injured in Waukesha’s Christmas parade,’ Johnson tweeted. ‘My gratitude for all law enforcement, medical personnel, and community members who are responding. ‘

Senator Tammy Baldwin asked for people to keep the victims in their prayer, calling the incident ‘heartbreaking’.

‘The horrific violence at the Waukesha Christmas Parade is just heartbreaking,’ Baldwin’s tweet read. ‘Please keep the victims in your prayers tonight.’

The Green Bay Packers released a statement Sunday saying the team’s thoughts were with the Waukesha community and ‘those affected by the terrible, senseless act that took place at the holiday parade.’

Initially appearing on Fox’s Sunday Night in America with Trey Gowdy to talk about education, Carson gave his reaction to the tragedy live on air:

‘My heart obviously goes out to those people who have been killed or injured and their families. This is horrific, particularly this time of year. But also kudos to our first responders who were right there,’ Carson said. 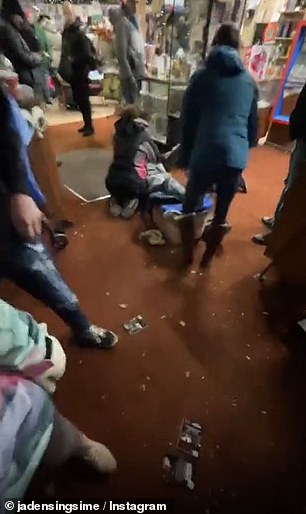 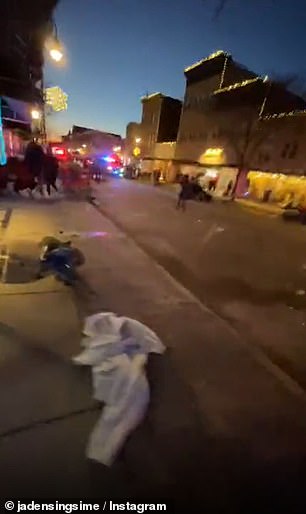 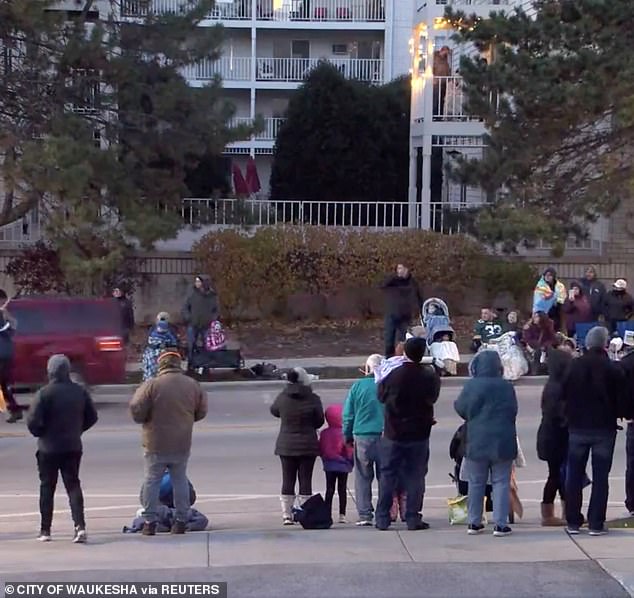 A red SUV speeds past attendees moments before plowing into a crowd at a Christmas parade in Waukesha, Wisconsin, U.S., in this still image taken on Sunday 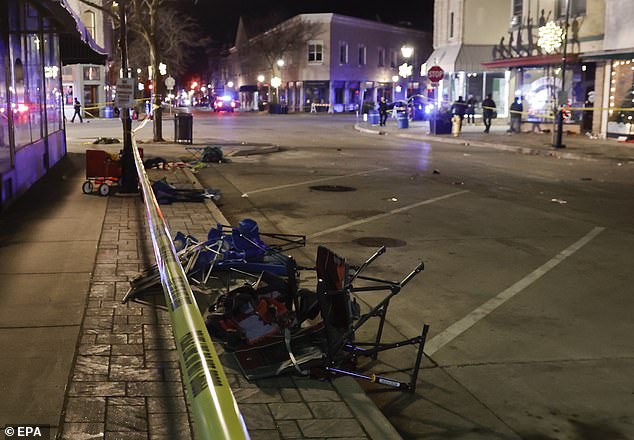 Debris left from crowds attending a Christmas parade lies scattered next to police crime scene tape after a SUV broke through a barricade and drove into people including children leaving several people dead and many more injured in Waukesha, Wisconsin on Sunday

The retired neurosurgeon went on to praise a local law enforcement officer who was seen chasing after the car on foot, as well as first responders.

‘These are brave individuals and our paramedics who are on the scene saving lives and we need these people more than ever,’ Carlson said.

Due to his medical background, host Gowdy naturally asked Carson to describe potential scenarios at hospitals following such a tragic and abrupt incident. Carson responded by recognizing the way medical facilities quickly mobilize to respond to sudden emergencies.

‘The hospitals mobilize very quickly for this kind of incident. They have the triage of nurses and physicians ready and the intensive care unit is ready, the operating room is ready. Everybody is on high alert,’ Carlson said. ‘People who are off-duty would be reporting to the hospital. We have a medical system that is second to none in the world, and that’s something that we can be proud of.’ 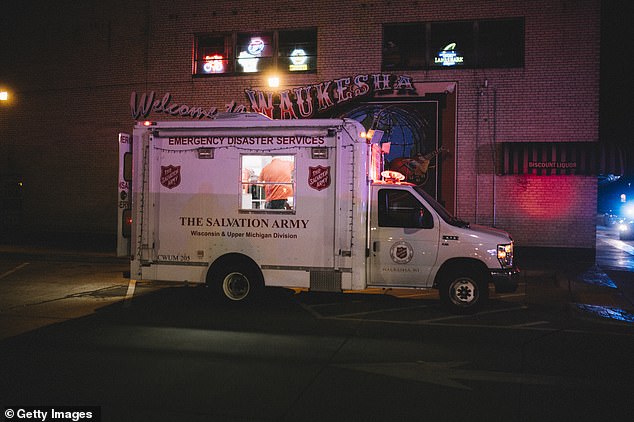 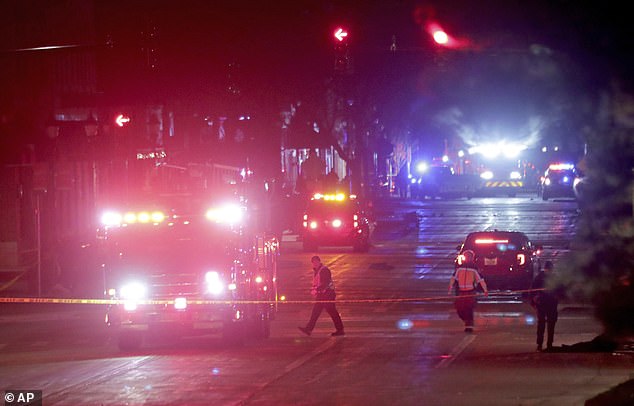 Police cordon off a roadway as emergency vehicles and crews arrive in Waukesha, Wisconsin on Sunday 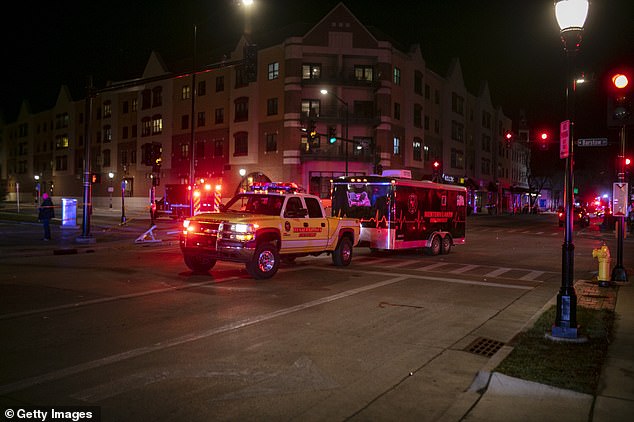 Carson added that he remained hopeful that this upcoming Thanksgiving weekend could bring momentarily bring together, following a disastrous start to one of the most celebrated weeks in the US.

‘Maybe we can all do everything we can in our own home spheres of influence to try and improve the situation,’ he said.

The Waukesha school district canceled classes Monday and said in a notice on its website that extra counselors would be on hand for students and staff.

Elected officials representing Wisconsin in Congress and in the House of Representatives asked people to keep affected state residents in their prayers, while Governor Tony Evers praised first responders in the wait for more details on the incident 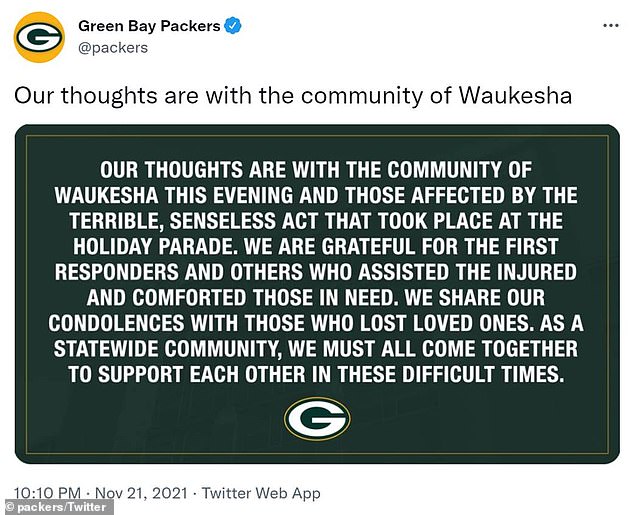 The NFL’s Green Bay Packers, based in Green Bay, Wisconsin, said the entire organization is sharing its thoughts with the community of Waukesha after tonight’s tragedy 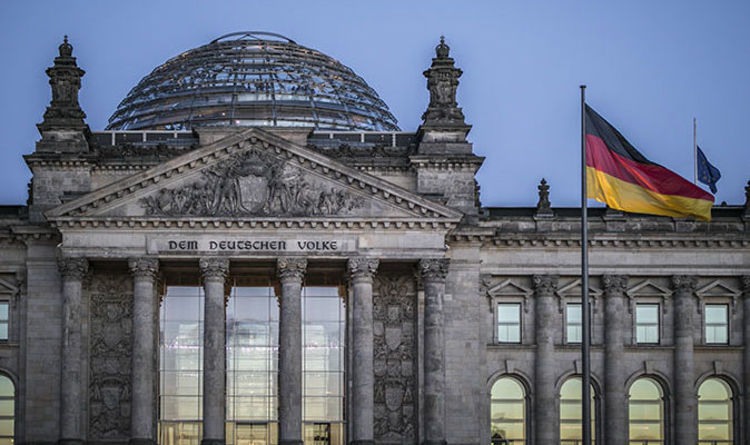 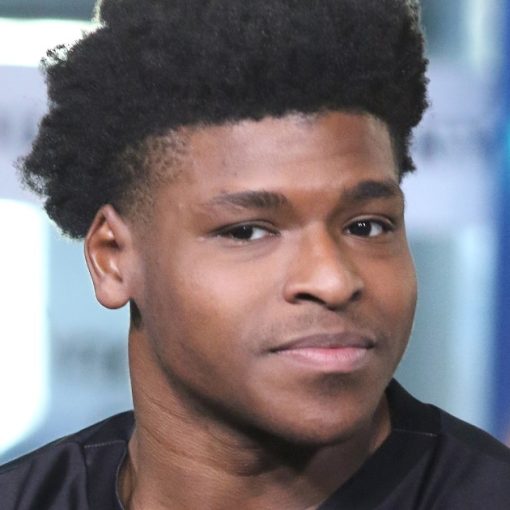 Jerry Harris, one of the breakout stars of the Netflix series “Cheer,” pleaded guilty Thursday in a federal child pornography case. Harris, […] 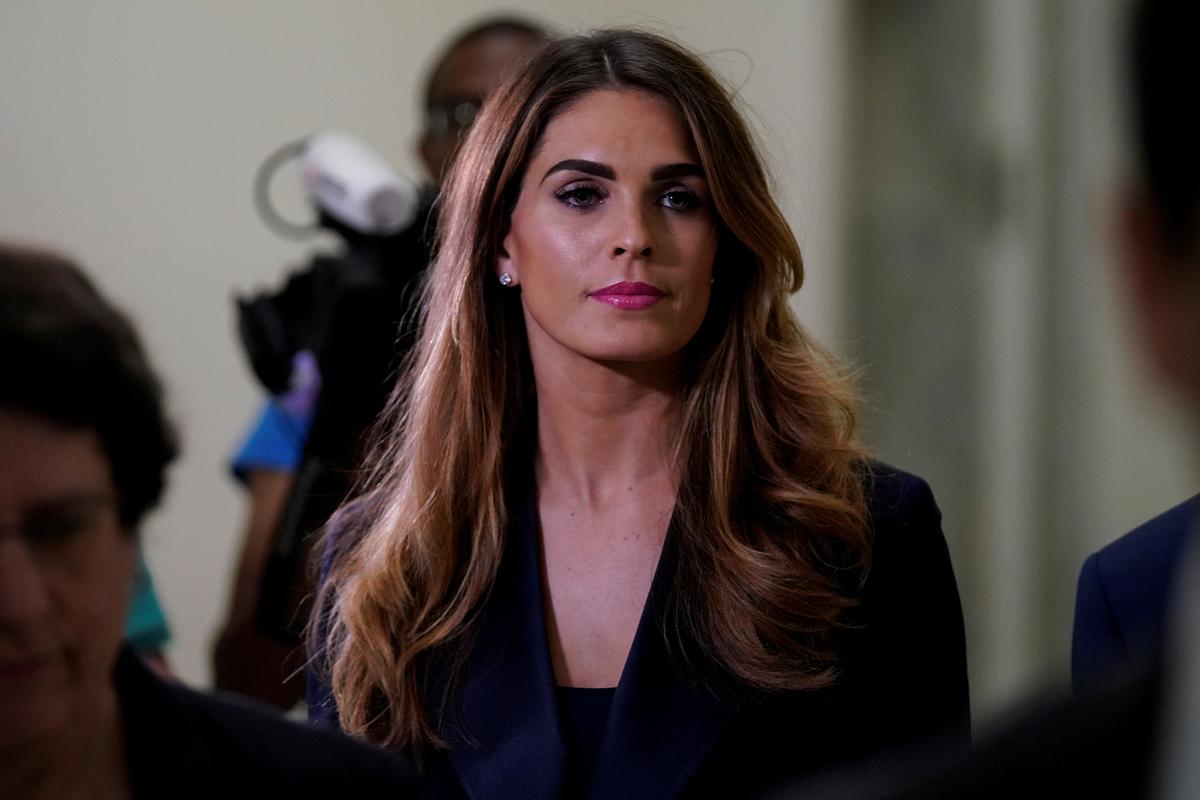 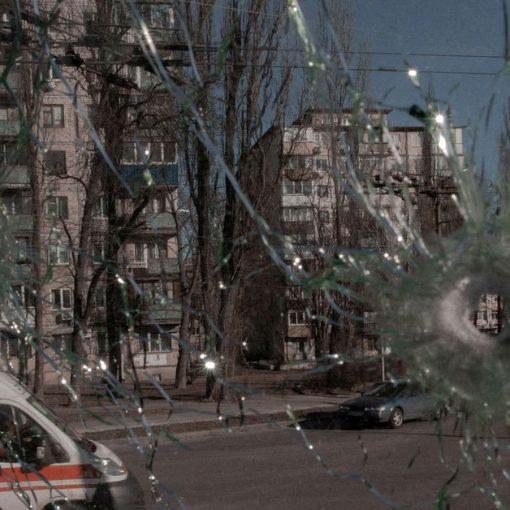