By Stewart Carr For Mailonline


A hypersonic weapon test carried out by China in July featured a missile fired at five times the speed of sound – a technological feat which no other country has demonstrated, according to US intelligence.

The hypersonic glide vehicle – a spacecraft with the ability to carry a nuclear warhead – fired a missile mid-flight over the South China Sea, catching Pentagon scientists unawares.

Experts at Darpa – the Pentagon’s advanced research agency – are apparently still baffled at how China was able to defy the constraints of physics to fire a weapon from the vehicle travelling at hypersonic speed, the Financial Times reports.

Analysts are also attempting to piece together the purpose of the missile, which was fired with no obvious target before landing into the sea. 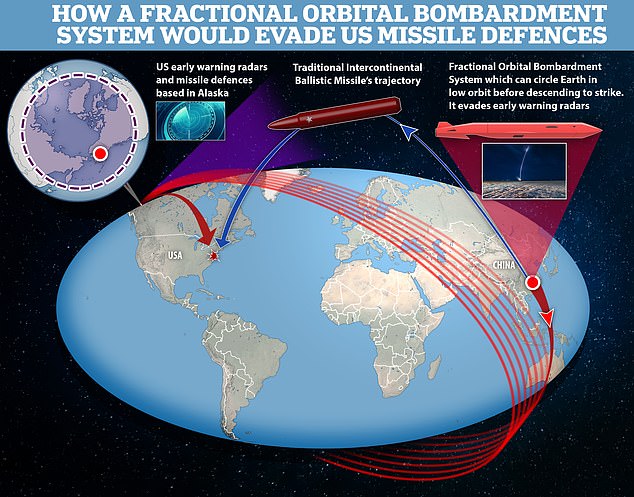 Both Russia and the US have explored hypersonic weapons in recent years, but experts say China’s firing of countermeasures is proof that Beijing’s technology is more advanced than either the Kremlin or the Pentagon.

The White House has reiterated concerns about the July 27 test. A National Security Council spokesman said: ‘This development is concerning to us as it should be to all who seek peace and stability in the region and beyond.

‘This also builds on our concern about many military capabilities that the People’s Republic of China continues to pursue.’

The hypersonic glide vehicle launched into space on an ‘orbital bombardment system’ rocket with the ability to fly over the South Pole, beyond the reach of US missile defences which are aimed against ballistic missiles heading from the North Pole.

Scientists have determined that the orbital bombardment system gives China more ways to hit US targets.

The revelation of the hypersonic test has emerged as China build upon its nuclear forces, in a manner which suggests it could be turning its back on the ‘minimum deterrence’ posture it has previously adopted.

The US has announced it will quadruple its nuclear warheads to as much as 1,000 weapons over the next ten years.

‘We are not at all interested in having an arms race with other countries,’ said Liu Pengyu, spokesman of the Chinese embassy.

‘The US has in recent years been fabricating excuses like “the China threat” to justify its arms expansion and development of hypersonic weapons.’ 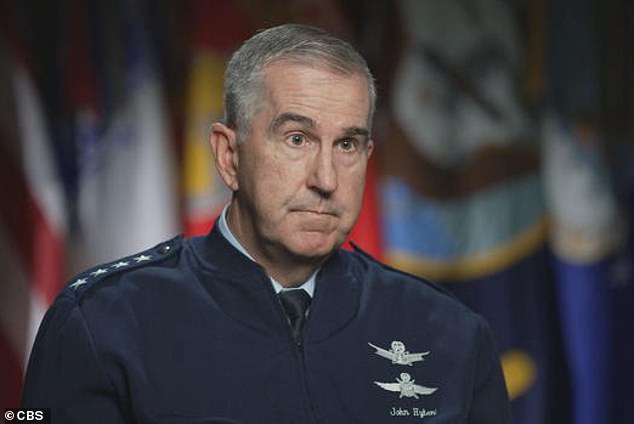 Vice chairman of the Joint Chiefs of Staff, General John Hyten (pictured) said that China’s hypersonic space weapons could be used to launch a surprise attack on the US and admitted that Beijing has more advanced technology

General David Thompson, the US Space Force’s vice-chief of space operations, stated that the US was ‘not as advanced’ as China or Russia in hypersonic weapons.

He said: ‘We have catching up to do very quickly. The Chinese have had an incredibly aggressive hypersonic programme for several years.’

Earlier this week as he prepared to step down as vice-chair of the joint chiefs, General John Hyten voiced serious concern about the test. 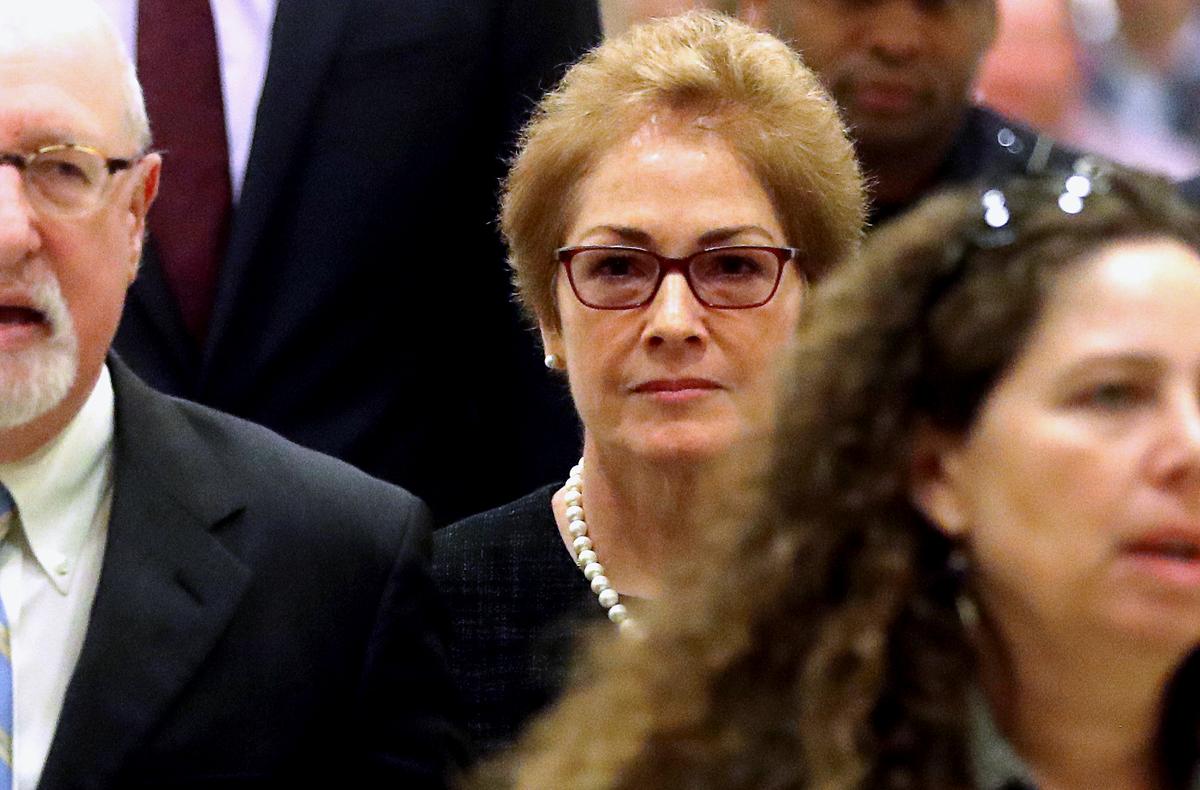 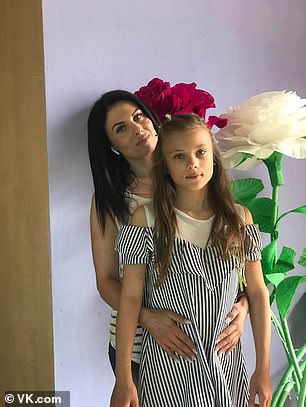 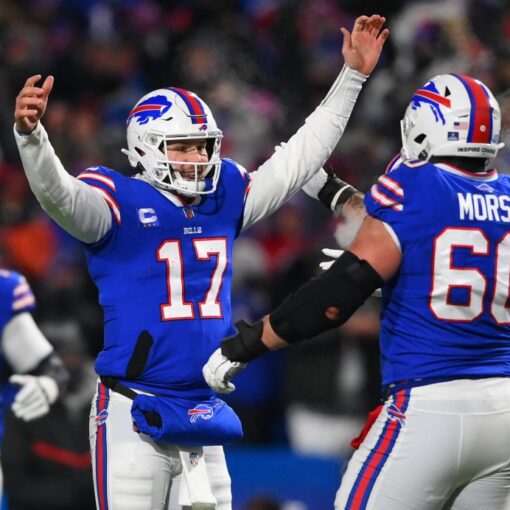 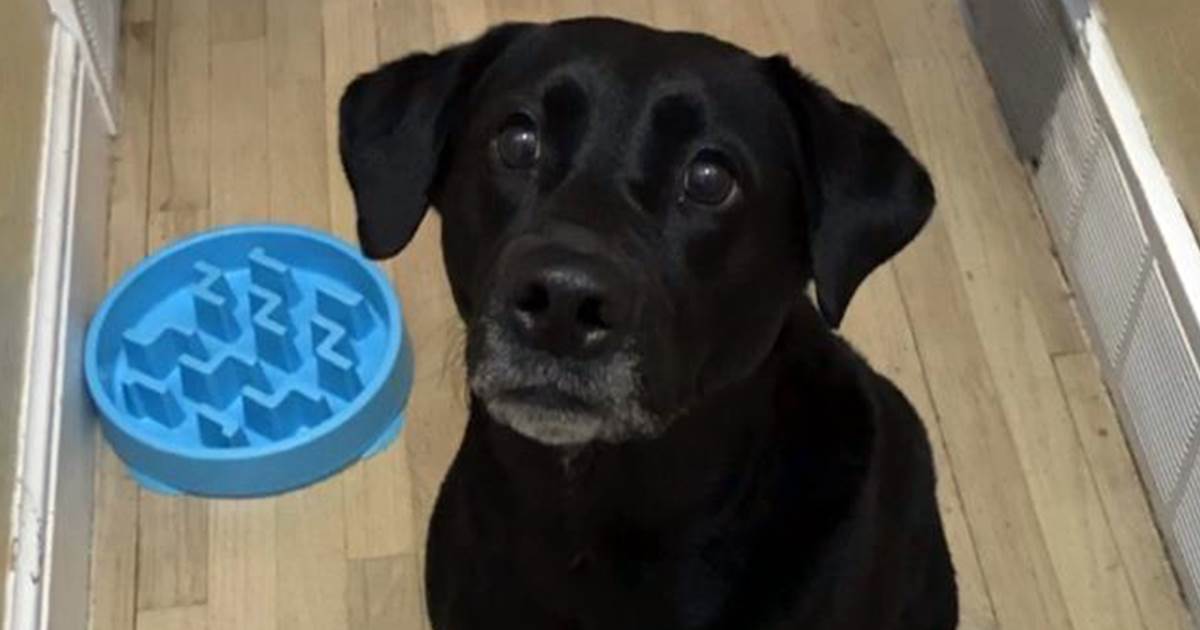