BRUZGI, Belarus — After more than a week sleeping in a frigid encampment on the border between Belarus and Poland, and an abortive foray across the frontier repelled by pepper spray and police batons, Mohammad Faraj gave up this month and retreated to a warm hotel in Minsk, the capital of Belarus.

Soon after, however, he watched with surprise and excitement a video report on Facebook claiming that Poland was about to open its border and urging all those who wanted to enter the European Union to gather at a gas station near the encampment that the migrants had nicknamed “the jungle.”

Mr. Faraj, a 35-year-old ethnic Kurd from Iraq, rushed back to the squalid camp he had just left, traveling 190 miles from Minsk to the gas station just in time for the opening of the border in early November that he had heard about on Facebook.

The Polish border, of course, remained tightly shut and Mr. Faraj spent the next 10 days back in what he described as “like something out of a horror movie.”

The European Union, offering robust support to Poland’s hard-line stand against migrants, has blamed the traumas of recent weeks on its eastern border on the authoritarian leader of Belarus, Aleksandr G. Lukashenko.

The Belarusian authorities certainly have helped stoke the crisis, offering easy tourist visas to thousands of Iraqis and easing their way to the border with Poland.

But social media, particularly Facebook, also have given Mr. Lukashenko a vital assist, as an unpredictable accelerant to the hopes and illusions of people who have fallen prey to the empty promises of profiteers and charlatans on the internet.

Some were in it for money, promising to smuggle migrants across borders for hefty fees; some appeared to bask in the attention they received as online “influencers” for sharing information; others seemed motivated by a genuine desire to help people suffering. There has been no evidence to suggest a coordinated campaign by Mr. Lukashenko to target migrants with fake information online.

Fake news on Facebook, said Mr. Faraj, who last week was moved from the border encampment along with 2,000 other denizens of “the jungle,” to a giant nearby warehouse converted into a migrant holding center, “poured mud on our heads and destroyed our lives.”

Since July, activity on Facebook in Arabic and Kurdish related to migration to the E.U. through Belarus has been “skyrocketing,” said Monika Richter, head of research and analysis for Semantic Visions, an intelligence firm that tracked social media activity related to the crisis.

“Facebook exacerbated this humanitarian crisis and now you have all these people who were brought over and explicitly misled and ripped off,” said Ms. Richter.

Researchers said smugglers openly shared their phone numbers and advertised their services on Facebook, including video testimonials from people said to have reached Germany successfully via Belarus and Poland. In one post, a smuggler advertised “daily trips from Minsk to Germany with only a 20 km walking distance.” The journey, a writer warned in another post on Oct. 19, is “not suitable for children due to the cold.” Another smuggler with the Facebook user name “Visa Visa” pitched trips to Germany from Belarus through Poland. The smuggler said the trip would take 8 to 15 hours but added a warning: “Don’t call if you are afraid.”

Last Friday, despite the bitter experience of so many promises on Facebook that turned out to be false, a ripple of excitement swept across despondent people huddled in the warehouse after reports on social media that it was still possible to get into Europe — for anyone willing to pay $7,000 to a guide who claimed to know an easy route across the Belarus-Poland frontier and through massed ranks of Polish soldiers and border guards on the other side.

Rekar Hamid, a former math teacher in Iraqi Kurdistan who had already paid around $10,000 to travel agents in Iraq for a “package tour” that was supposed to get himself, his wife and young child to Europe but only got them locked up in a warehouse, scoffed at the latest offer as yet another scam. “They keep saying the door is opening but look where we all are now,” he said, gesturing toward a mass of people huddled on the concrete floor.

Musa Hama, another Kurd from Iraq confined to the warehouse, lamented that no amount of fact-checking would prevent people grasping at straws of hope provided by Facebook. “People are desperate so they believe anything,” he said.

The stampede by migrants to Belarus in the hope of getting into the European Union began earlier this year when the authoritarian former Soviet republic relaxed tightfisted visa policies for certain countries, notably Iraq. The relaxation was ostensibly an effort to boost tourism at a time when most Westerners were staying away following a brutal crackdown by Mr. Lukashenko in response a contested presidential election.

Sensing a lucrative business opportunity, travel companies in Iraq’s semiautonomous Kurdistan Region started advertising on Facebook and other platforms about the availability of visas to Belarus. Smugglers used social media to pitch Belarus as an easy back door to Europe.

Since July, Semantic Visions has identified dozens of Facebook groups created to share information about migration routes and used by smugglers to advertise their services. A private group titled “Migration of the powerful from Belarus to Europe” exploded from 13,600 members in early September to roughly 30,000 currently, according to Semantic Visions. Another group, “Belarus Online,” grew from 7,700 members to 23,700 during the same period. On Telegram, a messaging and chat room platform, channels devoted to Belarus as a route to Europe have also attracted thousands of members.

“Social media platforms — especially Facebook — have been used as a de facto market for smuggling into the E.U.,” Semantic Visions concluded in a recent report that has been circulated among European Union officials.

Facebook, now officially known as Meta after a corporate name change, said it prohibited material that facilitates or promotes human smuggling and has dedicated teams to monitor and detect material related to the crisis. It added that the company was working with law enforcement agencies and nongovernmental organizations to counter the flood of fake news relating to migration.

“People smuggling across international borders is illegal and ads, posts, pages or groups that provide, facilitate or coordinate this activity are not allowed on Facebook,” the company said in an emailed statement. “We remove this content as soon as we become aware of it.”

But the events in Belarus have exposed how, even after Facebook experienced a similar abuse of its services during the European migration crisis in 2015, the company still struggles to keep banned material off its platform, especially in non-English languages.

“Facebook is not taking their responsibility seriously and as a direct consequence of that we see desperate people in the cold, in the mud, in the forest in Belarus, in a desperate situation, all because they believe the misinformation that was provided to them through Facebook,” said Jeroen Lenaers, a member of the European Parliament from the Netherlands who is a leader on the legislature’s committee that handles migration issues.

It is unclear what, if any, steps Facebook has taken to deal with misleading and potentially dangerous information.

One Kurdish-German influencer widely known online as Karwan Rawanduzy is a popular figure among would-be migrants to Europe, but his online videos and other reports frequently promote bogus stories, like the claim that Poland would open its border in early November.

Mr. Rawanduzy’s live posts on a Facebook page named Kurdisch News had more than 100,000 followers before it was disabled in November after the Kurdish-German influencer said a Polish politician had publicly accused him of helping to fuel the crisis. The page also featured videos sent by hungry and cold migrants trapped along the border.

Reached by phone in Hamburg, Germany, Mr. Rawanduzy said he was repeating information about pressure on Poland to open the border that he said had been reported by German media. He blamed smugglers and countries including Poland for the misery faced by migrants and that he was simply trying to help the asylum-seekers.

Mr. Rawanduzy, 42, describes himself as an immigration activist and a former refugee who left Iraq in 2009, two years after a suicide bombing in Erbil wounded him.

Mr. Faraj is still furious that he followed the advice of Mr. Rawanduzy, widely known by his first name, Karwan, by rushing from Minsk back to the border. “Everyone knows him and everyone follows him,” he said. He added: “Karwan tricked us all on Facebook.”

Mr. Rawanduzy, who also owns a restaurant, said it was “not for me to feel bad or guilty” about people persuaded by his posts. “It is up to the Iraqi and Kurdish government to feel bad for all the reasons people want to escape.” 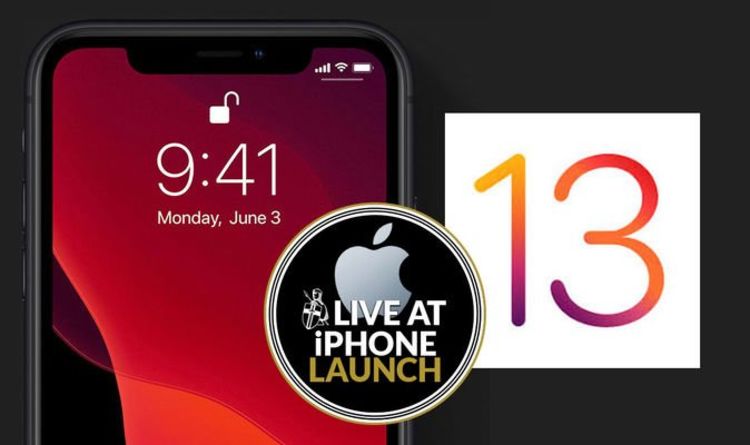 iOS 13 is launching soon with Apple finally announcing a release date during its major keynote tonight. Revealing the news at the […] 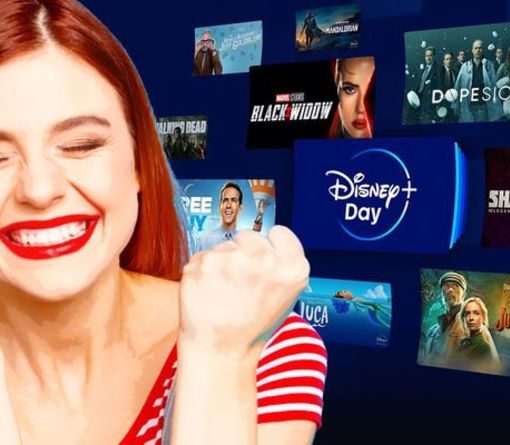 Not only that, but November 12 also sees a number of new and previously-announced boxsets and blockbusters launch on Disney+. First up, […] 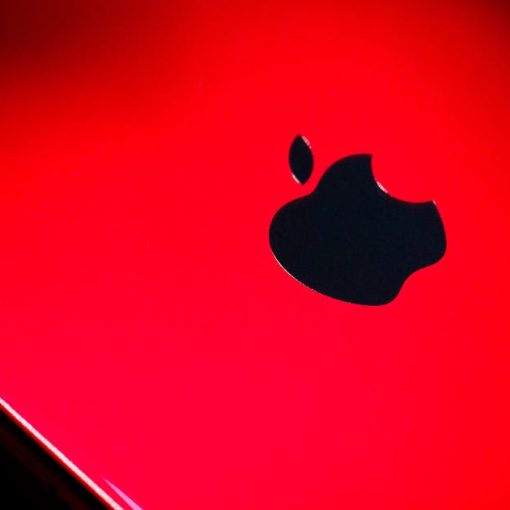 Apple’s rumored mixed-reality headset could get all up in your face with the help of dinosaurs and Hollywood directors, says a Saturday […]