Adam Bernstein was one of the directors working on the first season of NBC’s Tina Fey-created critical darling “30 Rock.” While filming a scene during the show’s first season, he held up his thumbs to frame a shot. For reasons unknown, this angered Alec Baldwin, who starred in the show as the hilarious Jack Donaghy, Vice President of East Coast Television and Microwave Oven Programming for General Electric.

“According to [editor Doug] Abel, Alec turned to [Bernstein] and said that if he did that one more time, he was going to assault him. And he didn’t say it with a smile on his face,” writes Mike Roe in his new book, “The 30 Rock Book: Inside the Iconic Show, from Blerg to EGOT,” (Abrams Press), out Nov. 30.

Abel believes that the animosity between the two was one reason why Bernstein — who went on to direct episodes of “Breaking Bad” and “Fargo,” among others — left the show in 2007 after only 6 episodes.

On “30 Rock,” which premiered in October 2006 and ran for seven seasons, Baldwin won two Emmys and three Golden Globe Awards for his portrayal of Donaghy, one of television’s great all-time characters. But this new book shows that even though he was collaborating with good friend Fey, Baldwin’s reticence toward the show created a lot of unpleasantness along the way.

Bernstein was not the only director who had issues with Baldwin.

“Alec is a little challenging,” admits Paul Feig, whose directing credits include “The Office,” “Bridesmaids,” and 2016’s “Ghostbusters” in addition to the 2007 “Cleveland” episode of “30 Rock.” “[He] turned out to be the least fun to work with.”

Feig believes Baldwin was affected by the uncertainty around whether the show would succeed, which also led to Baldwin being less open to improvised scenes that might take more time.

“In Alec’s case, he was like, I just want to get in and get out, [especially if] you wanted to do something elaborate…more than a few takes,” Feig is quoted as saying.

“Alec is so brilliant that in two takes, you get something great. It’s just that as a director, then you go, ‘Ooh, try this,’ because I could maybe even make it ten percent greater, and he’s just like, ‘No, we got it.’”

When Baldwin and Fey first met years earlier, things might have gone differently had Fey not been romantically attached.

“When Baldwin first met Fey, he had asked SNL talent coordinator Marci Klein if Tina was single — at which time Klein pointed to Tina’s husband, [SNL music director] Jeff Richmond, off to the side,” Roe writes. “While Baldwin was initially dismissive of Richmond, wondering what she saw in him, he later developed respect and admiration for Richmond and his talent.”

When Fey first pitched a show to NBC executive Kevin Reilly, it was for Baldwin to play “a right-wing host, a la Fox News ratings champ/blowhard Bill O’Reilly.”

Reilly passed, suggesting instead that she create a show based on her SNL background. Fey had little excitement for the concept until Richmond, who would compose the music for “30 Rock,” suggested keeping the conservative Baldwin character. That became Jack Donaghy.

But Baldwin, with a long film resume under his belt, felt that a television series was beneath him.

“When he was approached in 2006 about doing TV, it was something that he’d never wanted,” writes Roe. “He was a film and theater actor before the rise of streaming, when the world still turned its nose up at the smaller screen.”

Actor Matthew Broderick said in the book that once Baldwin agreed to do the show, “he was complaining bitterly,” and Bernstein mentioned that the show “never really had him,” because Baldwin never agreed to a full-season deal until the show’s final season.

“Baldwin eventually agreed to do the pilot, but all he would commit to was six episodes per season, for up to six seasons,” Roe writes.

Baldwin agreed to film three days a week, Tuesday-Thursday, and would ultimately agree to stay on for a season once the show’s additional episodes were picked up by the network. (Sitcoms were often given a 13-episode order or even fewer, with another nine or so added only after the network sees promising ratings early in the season.)

But the season after Baldwin balked again.

“Every year, Alec would be like, ‘Welp, this has been really fun, but I can’t wait to go do this indie movie while you guys are shooting the back nine [episodes],” “30 Rock” writer Andrew Guest told Roe. “He would dangle it over Tina’s and [showrunner Robert Carlock’s] heads every year, then he would stay and do them.”

As the first season progressed, Baldwin did put everything he had into creating an iconic character. But his disdain for television always bubbled beneath the surface.

Baldwin’s situation was summed up by the role’s inspiration, SNL head Lorne Michaels, who told Roe that Baldwin “guards against enjoyment.”

“‘I’ll say [to him], ‘Alec, you have one of the best writers in television writing this part for you,’” Michaels said. “‘It’s shot in New York, where you chose to live. You work three days a week, you get paid a lot of money, you’re getting awards. It’s a great time in your life. And, if you were capable of enjoying it, it would be even better.’”

As “30 Rock” audiences got to know Jack Donaghy, a new character was introduced that made Baldwin seem easy going by comparison.

Veteran Broadway actress Elaine Stritch played Jack’s cold, hard-boiled mother, and struck fear into the hearts of the cast with her suffer-no-fools approach to filming.

“She gave me this joke to say, but I didn’t understand it,” Emily Mortimer, who played one of Jack’s girlfriends, said. “I didn’t know what it was, but I was too scared of her by a million miles to say I don’t know what the joke is. So I couldn’t deliver it, and she got more and more angry. She turned on me — she was like, ‘Just do it! Can you not hear the rhythm of it?’ I was like, ‘No, say it again. How am I meant to say it?’ She was like, ‘Just say it as I f—ing say it!’”

As difficult as Baldwin could be on set, he more than met his match with Stritch, who had filmmakers following her for the documentary, “Elaine Stritch: Shoot Me.” “In the film, you can see them shooting a scene where Stritch improvs an extra line,” Roe writes.

“Baldwin’s reaction: ‘Don’t you last word me, you. It’s my laugh-line, you bitch.’ She could take it as well as she gave, bursting into laughter — but Baldwin’s patience was wearing thin.”

Toward the end of the show’s run, Baldwin realized what he had with “30 Rock” and tried to keep the show alive, volunteering to take a 20 percent pay cut if it was renewed for seasons 7 and 8. By then, though, Fey was ready to end the show. “30 Rock” was scheduled for a 13-episode final season, and Baldwin was finally fully on board.

As “30 Rock” said goodbye, airing its final episode in January 2013, Baldwin at last understood that he’d been fortunate enough to star in one of the most inspired television comedies of all time. Reflecting on the final scene he filmed with Fey, Baldwin’s love for “30 Rock” is clear.

“Freezing my ass off on a boat floating in a marina in Battery Park City, Jack groped his way toward telling Liz he loved her,” Baldwin said. “That night was tough. The best job I ever had, that I will ever have, was over.” 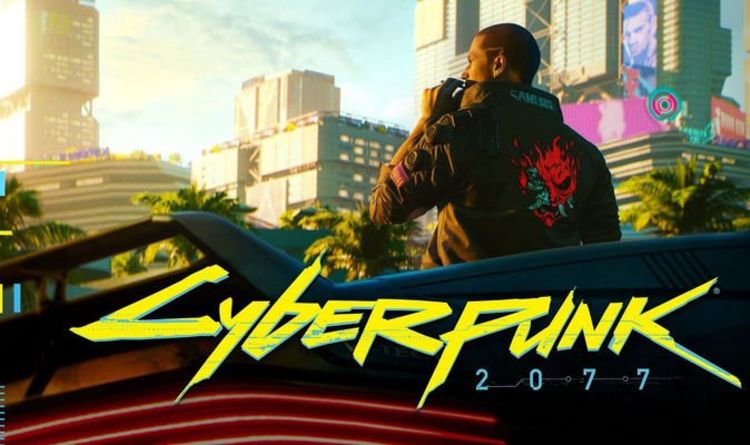 Kaspersky explained: “After receiving all of the answers, the site does provide a key — and it appears to work because it […] 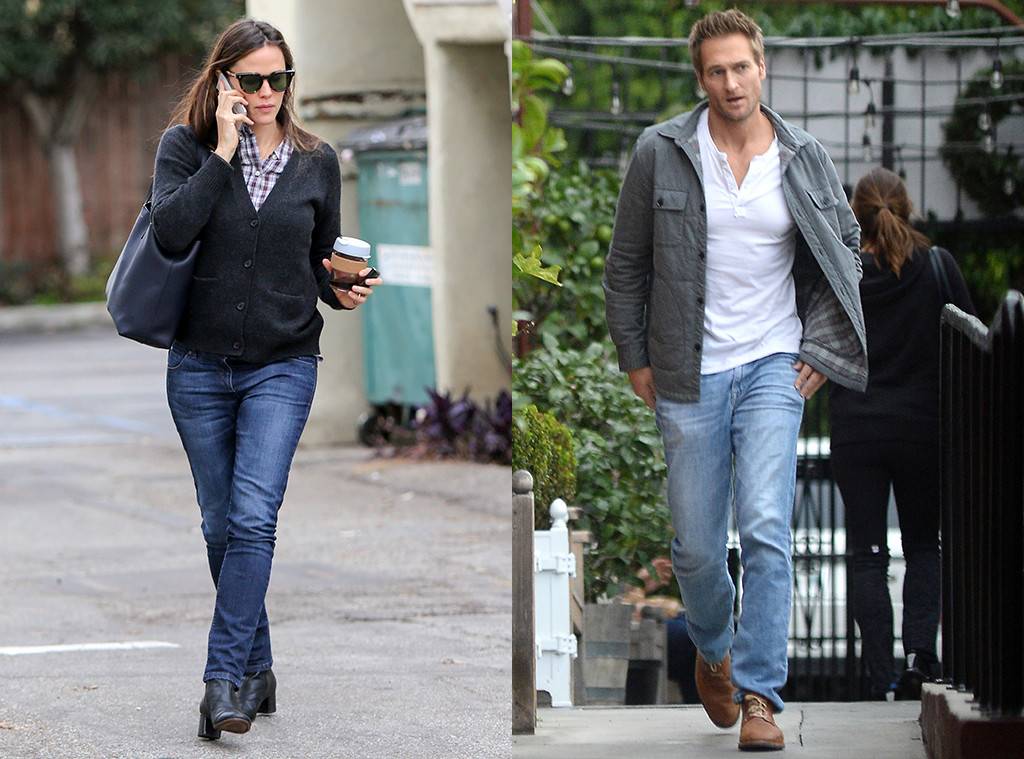 BG004/Bauer-Griffin/GC Images; TheImageDirect.com Jennifer Garner and boyfriend John Miller are proving that breakfast dates are the way to go. The new couple hit […] 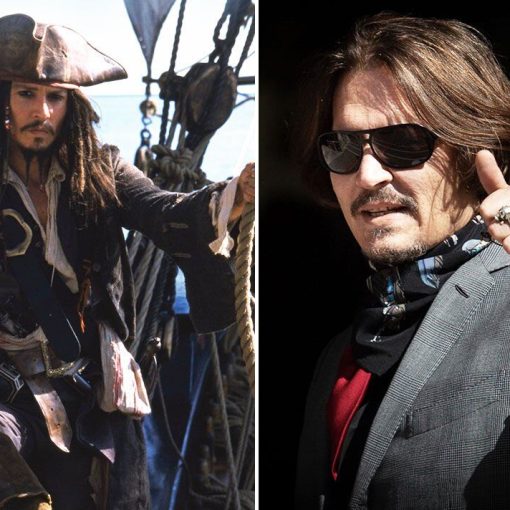 It’s been five years since Pirates of the Caribbean: Salazar’s Revenge aka Dead Men Tell No Tales was released. A sixth outing […] 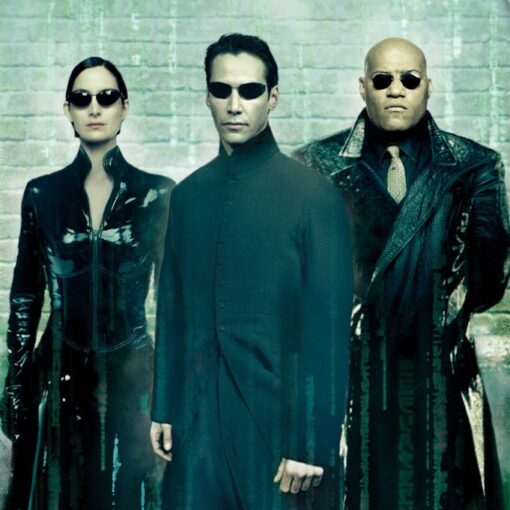 Keanu Reeves admitted that a trans character was cut from a script draft for 1999’s “The Matrix.” An androgynous character named Switch […]