There’s nothing quite like Cowboy Bebop. The stylized, over-the-top galaxy-spanning sci-fi adventure combines the pacing of an old-school Hong Kong action film with the melodrama of classic westerns — all to the tune of a bumping jazz soundtrack. The landmark 1998 anime series focusing on space cowboys and lost souls was, simply put, a vibe, and a richly eclectic one at that.

It’s no secret Cowboy Bebop is among one of the more sacred and influential anime shows of the last 20 years, and it’s a series I have fond admiration for. That’s what made the prospect of a live-action adaptation something to feel a little apprehension about.

Thankfully, Netflix’s debut season of the live-action Cowboy Bebop is not only a fun, thrilling romp that gets the vibrant, soulful gestalt of the original series. It also leaves its own mark in ways that sometimes improves upon the anime from creator Shinichirō Watanabe. It starts streaming Friday.

Like the original, the live-action Cowboy Bebop sees a dysfunctional crew of bounty hunters riding a thin line between poverty and comfortable squalor in the distant future. Throughout the 10-episode season, the trio of bounty hunters — Spike Spiegel (John Cho), Faye Valentine (Daniella Pineda), and Jet Black (Mustafa Shakir) — take on different jobs across the galaxy. These gigs entangle them with oddball criminals and unnerving villains, and tug at various threads connected to the tragic pasts of each character.

The backbone of the new series is the chemistry between the trio of bounty hunters. When they’re not arguing over food and minor inconveniences, they get caught up in missions across different planets stuck in a culturally stagnated society gripped by late-stage capitalism. Cho’s portrayal of the aloof but always cunning Spike is a fantastic turn for the actor. Cho manages to nail Spike’s natural cool and swagger, along with his iconic fluffy hair. When Spike’s murky past comes to light, Cho effectively shows his character’s darker side.

Jet Black is the rock of the crew, serving as the unofficial captain of the Bebop — the ship they use to travel across the galaxy. Shakir’s take on the character is a dead ringer for his animated counterpart. He perfectly captures the deadpan nature of Jet while also showing his tenderness when bonding with his crew and loved ones.

But the clear standout is Pineda as femme fatale Faye Valentine. Pineda’s take is not only true to the seductive and ruthless nature of Faye, but adds a far more playful and endearing spin. She’s an absolute blast to watch on screen and elevates an already great cast, giving the trio of bounty hunters a charming sense of camaraderie.

Generally, characters mirror their anime counterparts, but a notable deviation concerns Vicious (Alex Hassell) and Julia (Elena Satine), Spike’s primary antagonist and long-lost love, respectively. They have greater dimension in the Netflix series, and are given more to do within the plot — which is an interesting if serviceable dive into the murkier side of the criminal underworld in the far future. The two characters have actual pathos and weight in the story. Hassell in particular looks like he relishes every scene he’s in as Vicious, while Satine casts some ambiguity in Julia’s presence, particularly during the later episodes.

While I generally liked what the live-action show does for Vicious and Julia, a part of me felt that their collective climax was underdeveloped, even though I liked the direction it sets for future seasons. With an ensemble cast, the show spends a lot of time juggling different storylines, and unfortunately, Vicious and Julia’s arc suffers as a result.

The live-action show also updates some of the more unsavory aspects of the original series that’s better left in the past. The anime featured several antiquated views of sexuality. The live-action show addresses this by revamping characters, such as Gren (Mason Alexander Park), who’s now a recurring, nonbinary character with more relevance to the story. Some episodes from the anime series featured dated stereotypes of gay and transgender characters, so it’s great to see the new show giving these characters a more enlightened and meaningful presence.

While the new series uses many familiar characters, storylines and iconic scenes as building blocks, its more serialized plot deviates from the anime in great ways that I won’t spoil here. Instead of the largely episodic nature of the original, with many episodes isolated from the larger plot, the live-action show carries a more connected story thread throughout the season. This consistency helps lay out the framework of 2071’s galactic civilization and the many unsavory and endearing characters within.

It also dives deeper into the original series’ lesser-seen and unknown aspects, which I found super enticing. Early episodes keep things simple, but the floodgates gradually open, explaining civilization “post-Earth” and how life has become complicated following humanity’s forced expansion to the stars. The live-action show does well to illustrate the scope of Cowboy Bebop’s universe, and despite keeping things low-key, the ambition and craft is still there.

There’s plenty of action to see unfold throughout the season, which seamlessly blends together fierce martial-arts brawls and John Woo-style gun battles. While the show is stylized in its approach to action and set pieces, the actors can’t contort and bend in the same impossible ways as their animated counterparts. This leaves some of the more heightened action scenes feeling subdued and scaled back, which can come at odds with the pacing of the story. Still, there are thrilling moments that switch between exciting and cool-looking fights and truly gruesome moments.

I did enjoy seeing this rearrangement of stories put together to tell a more connected plot, and it was nice seeing moments and characters foreshadowed. However, the Netflix series does sometimes struggle to keep its momentum going, especially after a strong set of opening episodes. This is especially felt in the back end of the season, with some characters and plot threads feeling undercooked. Still, the live action series managed to win me back over with its endearing sense of style and lovable characters, which closed the season out with a nice twist and a tease for what’s to come.

The anime series was very much a show of its era, and the live-action show retains that late-’90s aesthetic, featuring retro technology like CRT monitors and analog computers. This gives the sense of the show’s universe feeling uncomfortable and lived-in, with characters clinging to worn down and broken relics of the past — both technological and philosophically. It’s a visually pleasing and grounded look at life in space.

Just like the anime, there’s an active element of social commentary in Netflix’s show, casting a light on capitalism in space and how life has been devalued in the future. While it’s largely in the periphery, there is a compelling anti-capitalist undercurrent throughout, with characters decrying the rise of corporations and how the police serve the ruling class. This in turns helps to elevate the original series’ setting and premise, making it feel all the more poignant as a show in 2021.

The new series mostly succeeds at re-creating and expanding upon the original’s signature style and soulful tone. One of the reasons for that is original composer Yoko Kanno’s work on the live-action series. Classic songs like Rush, Green Bird and The Real Folk Blues return too. But because Kanno and her band The Seatbelts produced an entirely new soundtrack for the show, the music feels equally nostalgic and fresh. If you told me these songs were from a lost album from the original show, I’d believe it.

Netflix’s Cowboy Bebop stays close to the spirit of the original series, but it truly is at its best when it does its own thing. It doesn’t always stick the landing, and some aspects of the show might be better left for animation, yet those stumbles don’t take away from the fact that I still had a blast binging through the season. It’s one of the rare successful live-action adaptations, and Netflix’s Cowboy Bebop is a fun and solid first outing that works as a nice companion to the original series. It may not hit every right note, but it’s got a spark that’ll keep the music going. 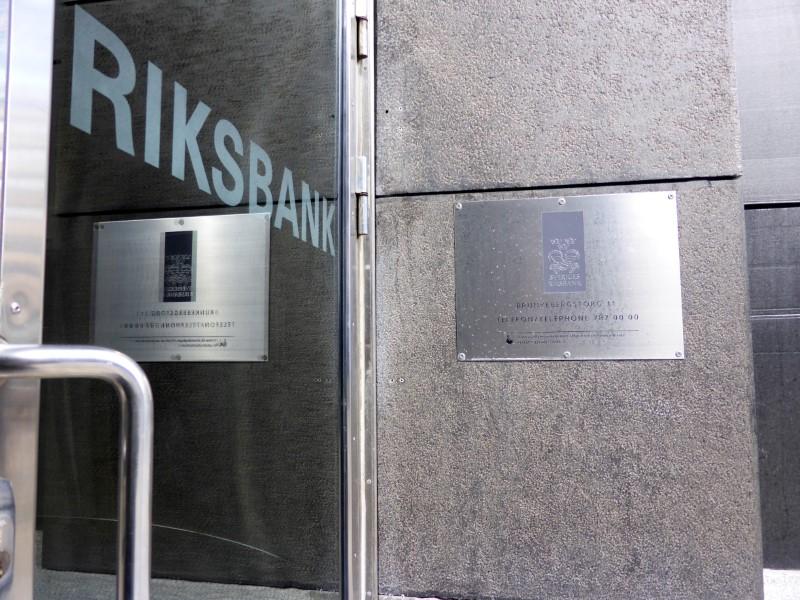 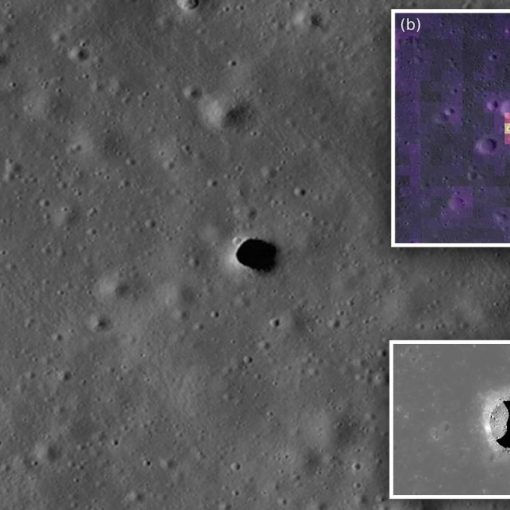 A typical forecast on the moon is nowhere near cozy, temperatures range from boiling during the day to 280 below zero at […] 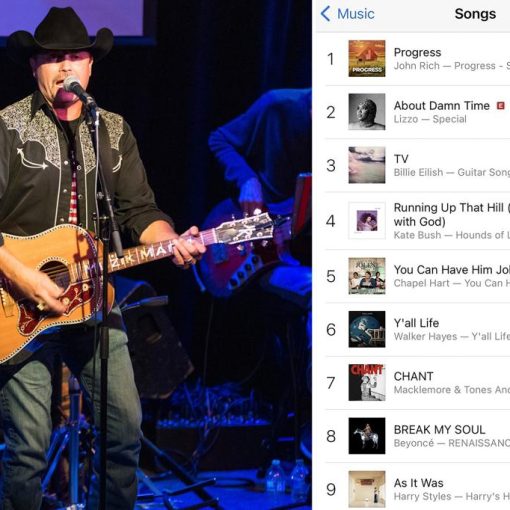