At 78 years old, Arlene is the oldest contestant to be featured on the beloved reality TV show. In the jungle, celebrities reportedly only eat a meagre 700 calories per day, with meals consisting of mainly rice and beans. The star will be entering the jungle tonight. She is currently very slim, however this has not always been the case.

She blamed her weight gain on the fantastic catering on the show, as well as her deep love of food.

She admitted: “The food is just fantastic and I was enjoying eating it. Once I open a tub of ice cream I don’t stop.”

It was a sequence of difficult and heartbreaking circumstances that led to the dancer and judge to lose her excess weight.

After she was publicly let go from Strictly, Arlene was unable to eat due to the pangs of sadness.

This coincided with her manager Michael tragically passing away suddenly from cancer.

She admitted: “Food was the last thing I thought about.”

Arlene also revealed that scales are your “best friend” when losing weight.

In terms of food, Arlene told the Daily Mail in 2010 that she’s “obsessed” with fruit.

Most of her day would be “disciplined”, but she treated herself in the evenings.

She snacked on “one dark Belgian chocolate truffle” and finished the day with grapes.

Never a big drinker, Arlene had “a little sip of red wine – because I’m told it’s good for me”.

However, it appears that she still struggles with her weight, in June 2020 taking to Twitter to ask: “How did you lose half a stone? I’m doing two to three hour walk and jogs with masses of uphill climbs and upwards of eight thousand steps every day but no weight loss only gain.” 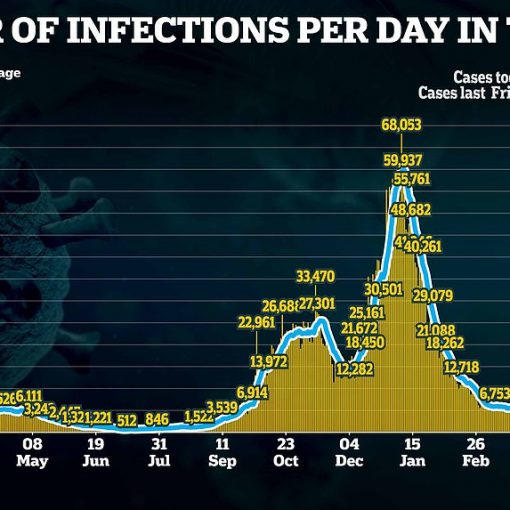 Britain’s daily Covid cases have crept up by nearly a third in a week to 2,829, while deaths dipped again to just […]

Marks and Spencer, like many other retailers, has had to make huge changes during the pandemic. Its latest change comes to its […]