Soon after a Wisconsin jury acquitted Kyle Rittenhouse of all charges against him, defense attorney Mark Richards took a swipe at his predecessors, telling reporters that their tactics — leaning into Rittenhouse’s portrayal as a rallying point for the right to carry weapons and defend oneself — were not his.

“I was hired by the two first lawyers. I’m not going to use their names,” Richards said Friday. “They wanted to use Kyle for a cause and something that I think was inappropriate — and I don’t represent causes. I represent clients.”

Richards, beaming as he talked to reporters outside his Racine law office after the acquittal, said that to him, the only thing that mattered was “whether he was found not guilty or not.”

It seemed an apt comment from Richards. Along with co-counsel Corey Chirafisi, he spent the months leading up to the case in virtual silence — “I don’t do interviews,” he said brusquely to one emailed request in December — and sought at trial to minimize the polarizing questions about Second Amendment rights.

Hours after the verdict, Fox News touted an exclusive interview and upcoming documentary on Rittenhouse, with footage that made it clear a crew had been embedded with him during the trial. Richards told The Associated Press on Saturday that he opposed the crew as inappropriate, but that it was arranged by those raising money for Rittenhouse.

“It was not approved by me, but I’m not always in control,” he said, adding that he had to toss the crew out of the room on several occasions: “I think it detracted from what we were trying to do, and that was obviously to get Kyle found not guilty.”

Regardless of what was happening behind the scenes, the strategy from Richards and Chirafisi in court was clear: get the jury to regard Rittenhouse as a scared teenager who shot to save his life.

They repeatedly focused on the two minutes, 55 seconds in which the shootings unfolded — the critical moments in which Rittenhouse, then 17, said he felt a threat and pulled the trigger.

“These guys have a client who is a human being … that’s what they’re rightly focused on,” said Dean Strang, a defense attorney and distinguished professor in residence at Loyola University Chicago School of Law. Strang, who spoke to the AP before Friday’s verdict and who wasn’t connected to the case, said Richards and Chirafisi see Rittenhouse “as an 18-year-old kid who landed in a whole lot of trouble, more than he could handle.”

In the days after the shootings, Rittenhouse — who brought an AR-style rifle to a protest, saying he was protecting a stranger’s property — was initially represented by attorneys John Pierce and Lin Wood, who painted Rittenhouse as a defender of liberty and a patriot who was exercising his right to bear arms. Pierce tweeted a video of Rittenhouse speaking by phone from a jail in Illinois, where he’s from, thanking supporters. A video released by a group tied to his legal team said Rittenhouse was being “sacrificed by politicians”

Rivers of money flowed in to a legal defense fund — more than enough for Rittenhouse to post his $2 million bail — but Wood left the case and became active in pressing the false claim that Donald Trump had won the presidential election. Pierce left the criminal case in December after prosecutors said he shouldn’t be allowed to raise money for Rittenhouse, but he stayed on the civil side of things until Rittenhouse said he fired him in February.

On Friday, Richards recounted his first meeting with Rittenhouse: “I told him when I first met him, if he’s looking for somebody to go off on a crusade, I wasn’t his lawyer.”

Richards — gravel-voiced, gruff and often sprawled back in his chair during the proceedings — had seemed to be the lead attorney in the months leading up to the trial. After the verdicts, he called Chirafisi his co-counsel — “not second chair” — and referred to him as his “best friend.”

They came to court prepared. Richards used several videos during his opening statement — over the objection of prosecutors who did not seize on that opportunity.

They argued vehemently for a mistrial when they felt prosecutors were acting in bad faith, and appeared to outmaneuver prosecutors in getting a gun charge dismissed.

And they made a careful calculation with perhaps their biggest decision: whether Rittenhouse should take the stand, risking a potentially damaging cross-examination. Richards said they tested their case against a pair of mock juries and found it was “substantially better” with Rittenhouse testifying.

Richards is a courtroom veteran and was a prosecutor in Racine and Kenosha counties in the late 1980s before he opened his own firm in 1990 that specializes in criminal defense. Chirafisi is also a former prosecutor and has been practicing law for more than 20 years. His law firm is in Madison.

The attorneys repeatedly pushed back against prosecutors’ notion that Rittenhouse was an outsider drawn to Kenosha by the chaos, noting that although he lived in nearby Antioch, Illinois, his father lived in Kenosha and Rittenhouse worked in Kenosha County as a lifeguard. Richards shared his own distress at watching the violence in Kenosha from his home in Racine after the shooting of Jacob Blake, a Black man, by a white police officer.

While prosecutors tried to show that Rittenhouse acted as a vigilante who overreacted, he and his lawyers argued that he was defending himself. “You as jurors will end up looking at it from the standpoint of a 17-year-old under the circumstances as they existed,” Richards told the jury.

When Rittenhouse was on the stand, they were quick to object to the prosecutor’s cross-examination, calling it badgering.

In one fiery moment of the trial, after the defense objected to prosecutor Thomas Binger’s line of questioning, Chirafisi raised the prospect that Binger was trying to provoke a mistrial because the state was faring poorly.

“I don’t know that it’s my role to sit here and say who’s winning,” Chirafisi told the judge. “I don’t think that’s necessarily what I’m supposed to do. But I think the court has to make some findings as it relates to the bad faith on the part of the prosecution.”

Richards and Chirafisi split the duties at trial, with Richards doing the opening statement and closing argument and Chirafisi handling much of the witness testimony. Richards said the two argued over who would question Gaige Grosskreutz, the man who had a gun in his hand when Rittenhouse shot and wounded him.

Richards said Chirafisi won — and did a better job than he would have. Chirafisi got Grosskreutz to admit that he had pointed his gun at Rittenhouse.

“It wasn’t until you pointed your gun at him, advanced on him … that he fired, right?” Chirafisi asked.

“Correct,” Grosskreutz replied. Under follow-up questioning from the prosecutor, Grosskreutz said he never meant to point his weapon at Rittenhouse.

Strang, who helped represent Steven Avery in the case documented by the Netflix “Making a Murderer” series, described Chirafisi as quick-witted and always engaged in the courtroom. Strang said Richards is slow to anger, but “won’t let go” if he thinks something is unfair.

That was evident during Richards’ closing argument when, in his booming voice, he looked at the prosecutors’ table and repeatedly accused Binger of lying. Jurors appeared riveted. Richards repeated his distaste for the way prosecutors presented their case on Friday.

He also blamed social media for spreading what he called “not the true story” of the events in Kenosha right after they happened — “something we had to work to overcome in court.”

“I knew this case was big,” Richards told reporters. “I never knew it was going to be this big.”

Find the AP’s full coverage of the Rittenhouse trial: https://apnews.com/hub/kyle-rittenhouse 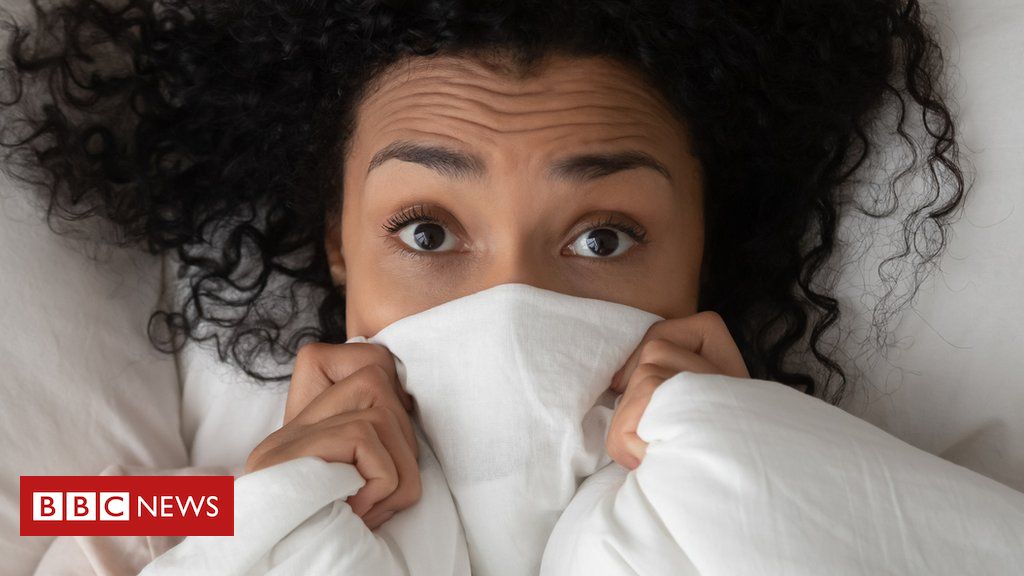 The widespread lockdown caused by the coronavirus pandemic seems to be having an effect on some people’s dreams. A large number of […] 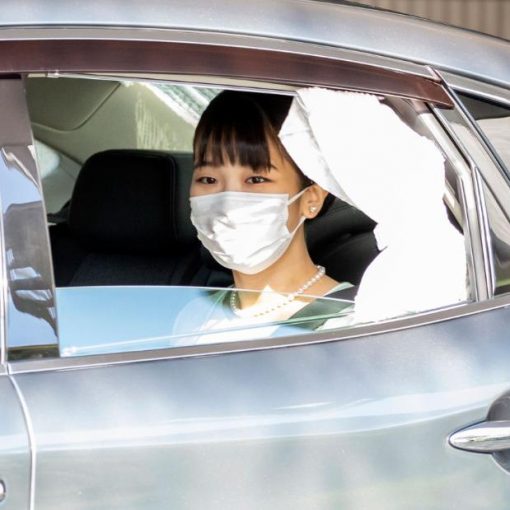 On Tuesday, Japan’s Princess Mako — a niece of Emperor Naruhito — wed her lawyer fiancé, Kei Komuro, in a ceremony that […] 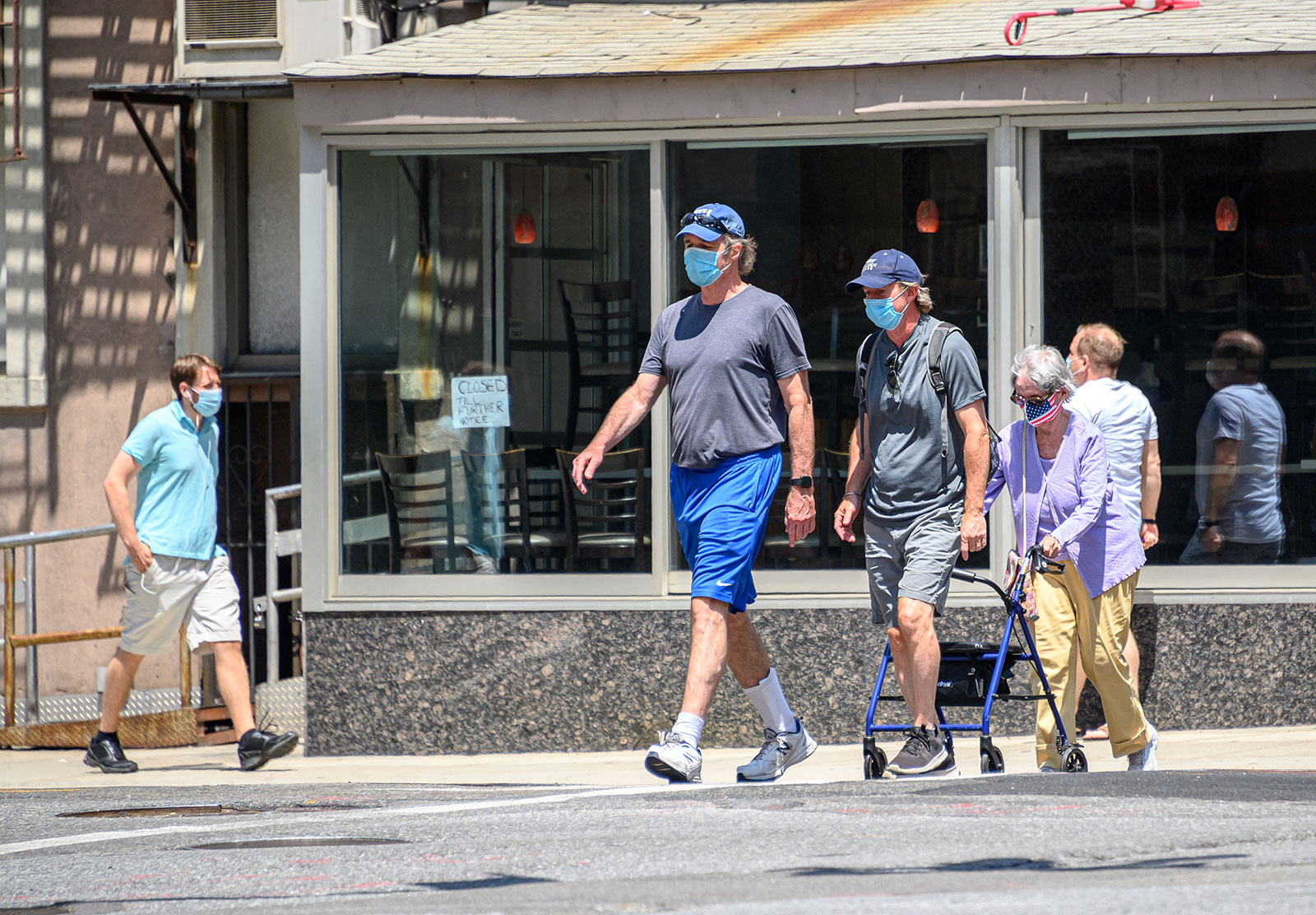 The US could see coronavirus related deaths skyrocket “well into the multiple hundreds of thousands” if there is not a course correction, […]