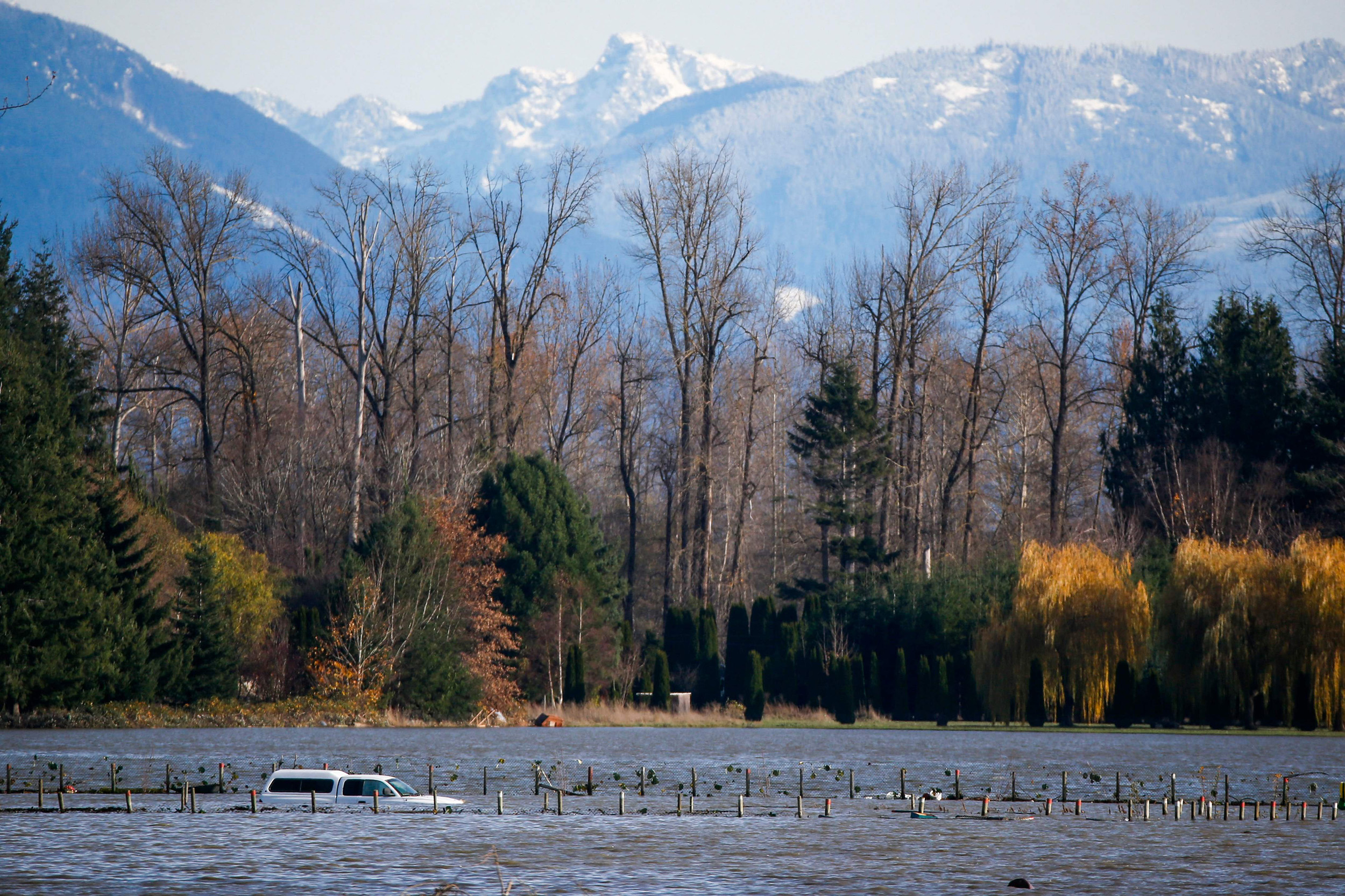 SUMAS, Wash.— In a small church near the U.S.-Canada border, volunteers in muddied rainboots and work clothes buzzed up and down aisles of donated clothes, food, hygiene products and cleaning supplies.

“I mean, in the past, this property has always been the shelter for town,” said Carl Crouse, the pastor at Sumas Advent, as he directed volunteers sorting bags of donations for distribution. “We had 80 people in here [during this flood] and they had to evacuate. The water just started coming in.”

This corner of northwest Washington has been hard-hit by natural disasters, and some residents and officials point to climate change as the culprit. The region was battered by a deadly heat wave in June, a historic drought through the summer and now a historic rain. And British Columbia has dealt with unprecedented fire seasons over the last five years, which can destabilize soils and make debris flows more likely in heavy rain.

“We have the possibility of this happening again this winter, that’s a real possibility,” said Jerry Debruin, chief of Whatcom County Fire District 14 in Sumas. “And it could happen every year. It’s actually kind of depressing. What’s going to come of a town that could face this kind of problem year after year or every several months? That’s the part that I struggle with.”

Sumas adjoins, and in some cases, overlaps, the historic floodplain of the Nooksack River, a glacially fed watershed that supports a robust farm community in surrounding towns in both the U.S. and Canada. But a deluge of rain and early season snowmelt pushed the Nooksack to record flows on Monday and Tuesday, creating a destructive surge of water that rushed into the farmlands and river deltas of the lower Nooksack.

The flooding was caused by an atmospheric river that lingered for two days, inundating the region with rain on the heels of more than a week of rapid snow accumulation in the nearby North Cascades.The “stalling” effect of the recent rain mirrored that of the heat dome that gripped the area in June, bringing unseasonably hot temperatures and little wind or respite for nearly a week, said  Armel Castellan, a warning preparedness meteorologist for Environment Climate Change Canada in British Columbia. The heat wave was blamed for over 100 deaths in Washington alone.

“The way that the jet stream behaves in a warming climate is that it is more prone to stall … just like we saw with the June heat dome, [where] the high pressure was so strong that it stuck around,” Castellan said. “And that wasn’t just two days of heat. It was six days of the record-breaking heat.”

At the church this week, Sumas Mayor Kyle Christensen joined the recovery effort, donning work boots, jeans and a high-vis jacket from the local fire department. Nearby, four volunteers stooped over water-logged sheets of paper filled with names and addresses of local residents as they tried to determine who needed help, who had flood insurance and where to send volunteers.

“This is the second time in two years that we’ve had a flood,” Christensen said. “2020 wasn’t so bad, but this one came with a lot of magnitude and force and higher water levels.”

He said about 25 homes sustained water damage last year when floods hit, but this time around he estimated more than 300 homes in Sumas alone were damaged.

“That’s a lot of hurting families, especially the ones that got hit in 2020,” he said. “They’re losing all of their belongings again — this is going to be devastating to them.”

The floods caused one death in Washington this week and an unknown number in British Columbia. Many communities relied on residents’ boats and trucks and the heavy machinery of local farmers to make swift-water rescues as the water rose to 5 or 6 feet in some places.

John Perry, the mayor of Lynden, Washington, about 14 miles west of Sumas, said a local contractor saved his son, daughter-in-law and two grandchildren from rising flood waters by carrying them to higher ground in the bucket of his front-end loader.

“It’s not easy putting a community back together that’s been pretty well decimated,” said Perry, who estimated about 300 of the 700 homes in Lynden were affected by flooding. “The pooled resources that we normally use and rely on during times like this are all dealing with the same issue. Neighbors helping neighbors is great. But when your neighbor is also swamped by floodwaters, it makes it tough.”

Chris Elder, watershed planner for Whatcom County, where most of the damage occurred, said a council member owns a barn next to the river, and every time there’s a flood, he marks the barn at the highest water level.

“According to him, that barn has been in his family for over 100 years,” Elder said, “and this is the highest water he’s seen on the barn.”

Amanda Monthei is a freelance journalist based in Washington state. 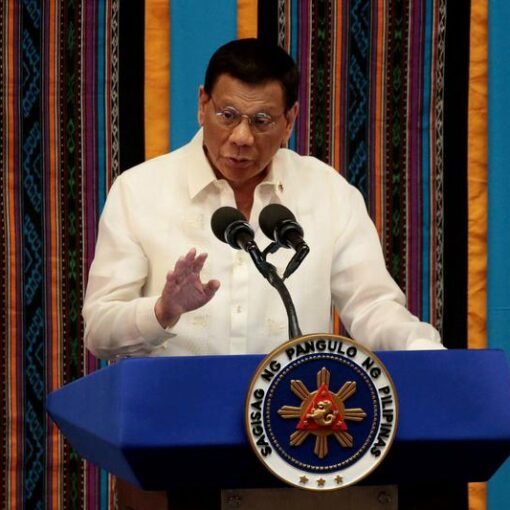 FILE PHOTO: Philippine President Rodrigo Duterte gestures during his fourth State of the Nation address at the Philippine Congress in Quezon City, […] SHANGHAI (Reuters) – Global fund managers are reducing their holdings in U.S-listed Chinese companies such as Alibaba, Netease and JD.com as risks […]