It is an unusual wish for a runner to have. But then again, there is nothing usual about what Kevin Sinfield is doing.

‘The weather can do what it wants. I am quite happy if we are in snow, rain or hail. It adds to the drama and makes it more difficult. I want the conditions to be tough.’

Sinfield may sound like a masochist but there is a good reason why he hopes his attempt to run 101 miles in 24 hours is as punishing as possible. 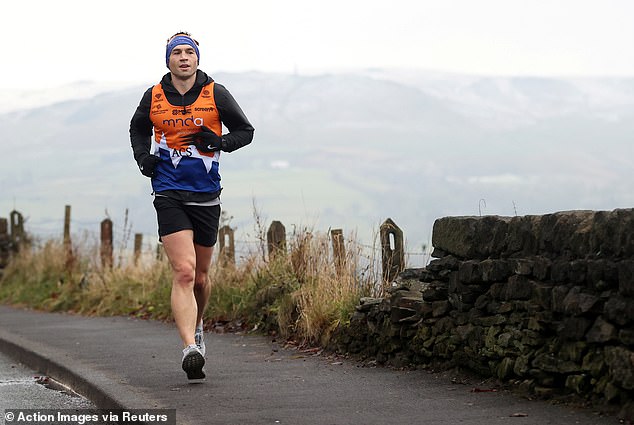 ‘To get people to understand what people with motor neurone disease and their families are really going through, you’ve got to show that you are prepared to take your body to some of these uncomfortable places,’ the Leeds Rhinos legend and current Leicester Tigers defence coach explains.

‘It is only for a day. They have to deal with it for the rest of their lives. I know it is going to be brutal, but it is really important that we show people we care.’

Not that anyone could ever think anything else about the man Rhinos fans call Sir Kev. Since his close friend and former team-mate Rob Burrow was diagnosed with MND two years ago, Sinfield has done more than anyone to support those suffering with the incurable neurological condition. 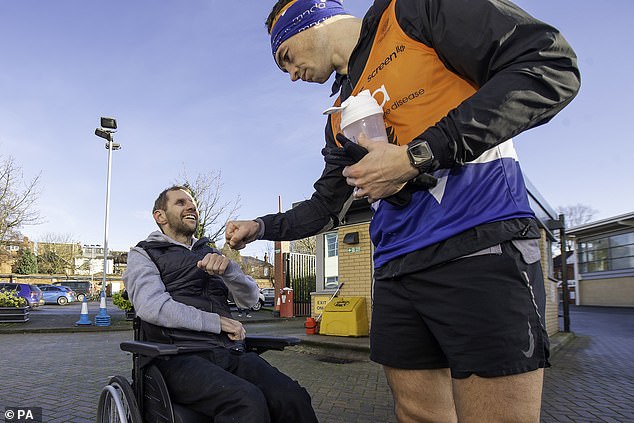 Last December, he raised more than £2.7million for Burrow and the MND Association by running seven marathons in seven days.

But he knows his latest challenge – for which he has set an initial fundraising target of £100,000 for MNDA and the Leeds Hospitals Charity’s Rob Burrow Centre – is a different proposition altogether.

At 8.40 on Monday morning, Sinfield will set off from Welford Road in Leicester, the home of the Tigers, who he has helped top the Premiership with eight wins from eight.

By 8.40 on Tuesday morning, and without any sleep, he aims to have made it to Headingley in Leeds, where he played and worked for more than 20 years. 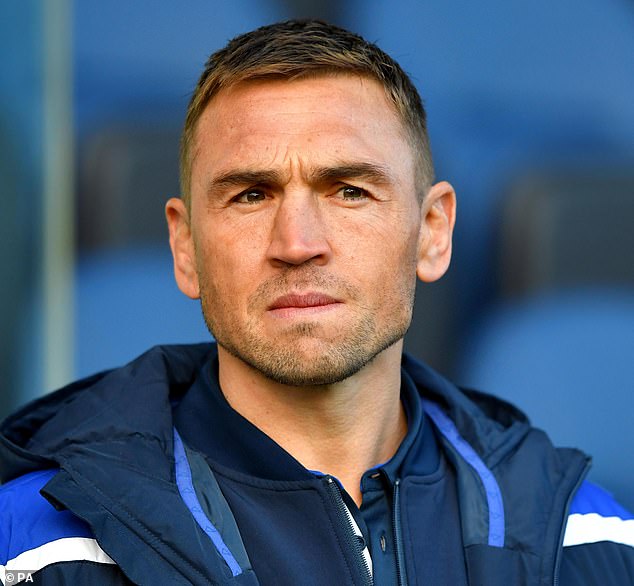 Leicester Tigers coach Sinfield has already raised £2.7million for research into the illness

The overall distance is just shy of four marathons and Professor Ben Jones of Leeds Beckett University has warned Sinfield there are ‘serious risks’ involved.

But the 41-year-old admits: ‘I have not listened to that. It is not something that worries or concerns me.

‘I know there are some risks, but one of the things Rob has taught me is that we have to take some risks at times.’

Another expert has told Sinfield his 101-mile challenge is ’16 times’ more difficult than a marathon. So how is he training for it?

‘I am winging it a little bit,’ he confesses. ‘You might laugh, and I heard you laugh then, but we are going into the unknown. I know we have to take our body to something where it’s never been before. 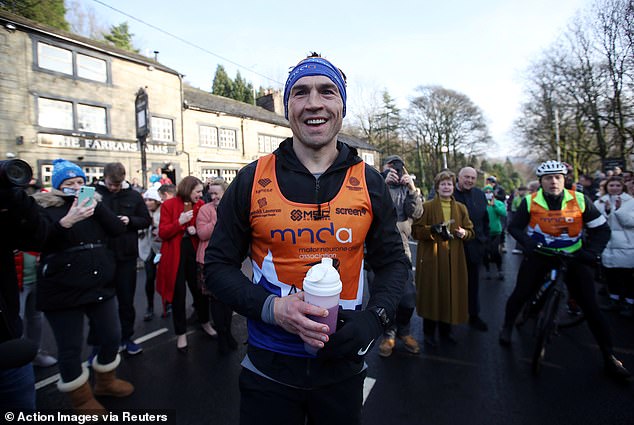 ‘I had never run above marathon distance before but I did 12 hours on Monday. It was brutal but I learnt a lot from it. We just have to rely on grit and determination and hope our bodies hold on.’

Like last year’s ‘7 in 7’ challenge, Sinfield will run with mates Chris Stephenson and David Spencer, with three other friends cycling alongside them. The overall distance will be divided into hourly 7km sections and guest runners – including this reporter – will join for one-off legs.

‘There is one rule if you are joining – you’ve got to be an energy giver and not an energy taker,’ he says with a smile. 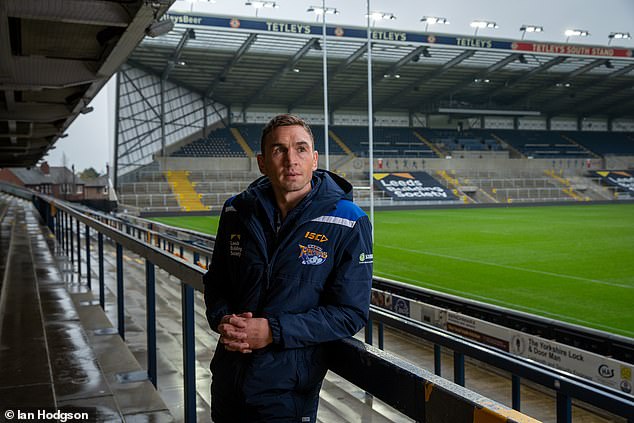 He hopes his brave attempt will bring joy to MND patients, as well as his close friend Rob

And one man will give Sinfield more energy than most. The player he captained at Leeds for 13 years.

‘How can you not be touched by Rob’s story and how inspirational and brave he has been?’ asks Sinfield, who has seen first-hand how Burrow’s fight has transcended both rugby codes since his summer switch to union.

‘We will be absolutely driven by Rob and the MND community. Hopefully the emotion will fuel us and get us through.

‘It is amazing what the body can do when the mind really wants something and it is fuelled by a friendship and wanting to bring hope and joy to people.

‘For people to see the hurt and how hard it is for us to complete it, I know it will make Rob smile.’

Sinfield and Burrow brought lots of joy to people during their time together with the Rhinos, winning seven Super League titles, the Challenge Cup twice and the World Club Challenge three times. 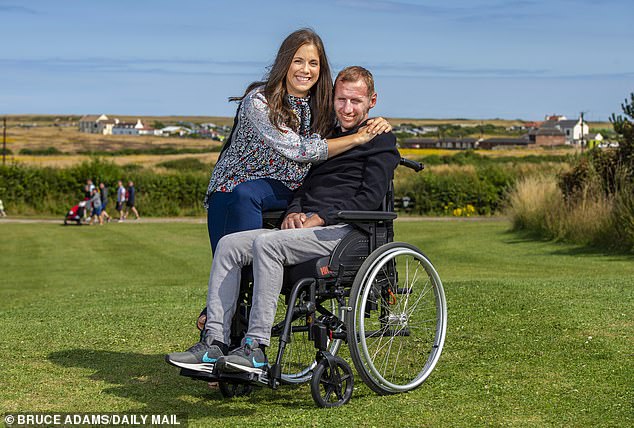 However, what they have done for the MND community post-retirement has arguably surpassed even those astonishing achievements as players – and turned two greats of rugby league into national treasures.

‘Whilst you are playing, at times you bring people joy by scoring points, winning games or winning trophies,’ adds Sinfield, who was awarded an OBE in the summer.

‘It was the best thing I’ve done in my life. You think about how serious people take sport, but actually without your health, it doesn’t really matter, and that’s what made it so special.

‘Now, to be back in a team and facing something that is certainly bigger than any game I have played in is brilliant. It is based on friendship, team work, camaraderie and our love for Rob.’ 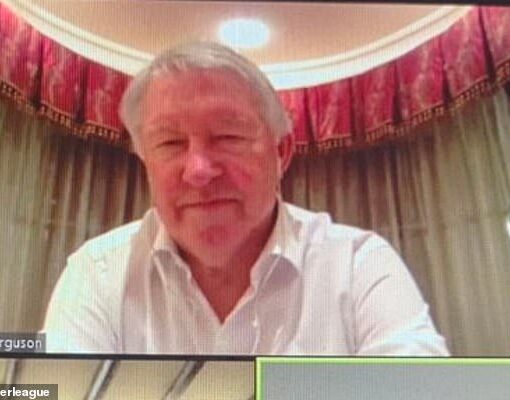 ‘We loved him as a player… I missed out on a really good person’: Sir Alex Ferguson bemoans his failure to sign […]

Tom Brady, the man who helped the New England Patriots to six Super Bowl titles may be gone, but the most successful […]

England face Argentina at Twickenham unbeaten at home since the 2015 World Cup having won 20 of their last 21 Tests. It […] 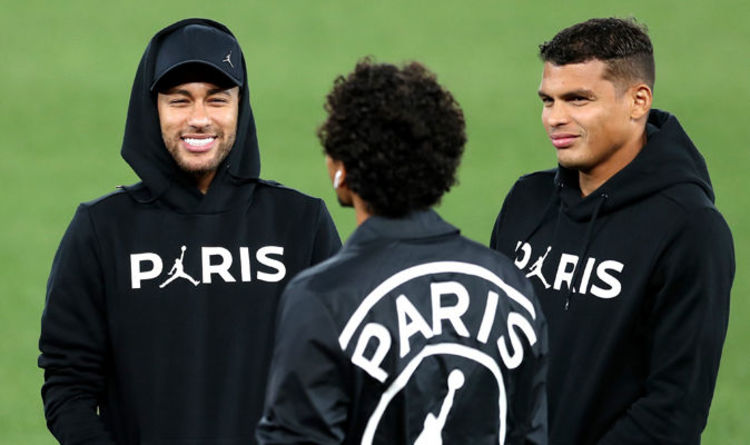 Liverpool vs PSG: Express Sport brings you LIVE coverage of the Champions League from Anfield PSG are winless in their past four […]