Much has changed since Eddie Jones last named a team to face South Africa. Back in 2019 he was in a packed hotel ballroom in Tokyo awaiting a Rugby World Cup final that, ultimately, did not remotely pan out the way he planned. Two Covid-disrupted years on he is stuck on Zoom and admits he still awakes in the morning reflecting on the Springboks’ convincing 32-12 triumph in Japan.

Which is perhaps why, before Saturday’s Twickenham Test, Jones chose to lay down as bullish a pre-match challenge to an opposing side as he has for some time. “Post the World Cup South Africa said they knew they were going to win and knew they had the wood on us,” said England’s head coach. “The implication is that our forward pack is weak, but our forward pack isn’t weak and we’ll show that on Saturday.”

There was plenty more in similar vein, the gist being that England are no soft touch, will not be taking any backward steps and are collectively bristling at suggestions that South Africa’s heavy-duty forwards were about to toss them casually on the braai. “The whole team is up for the fight,” continued Jones. “I’ve never seen a team as ready to play against South Africa.

“We know exactly how we want to play, we know exactly where we think there is a weakness with South Africa and we’ve just got to go out there and execute. And execute with a spirit of adventure, a spirit of taking the English game where it’s never been before. We know this South African team is the best in the world at the moment. So there’s a great opportunity for us to prove ourselves.”

Jones also appears to be wary of South Africa’s unhappiness following the censuring of their director of rugby, Rassie Erasmus, and the potential galvanising effect it could have on the visitors. “We know what South Africa will bring. We know the physicality, we know the Rassie story will help them. It suits them perfectly. But we’re going to write our own story and we think our story might be a bit better than their story.”

Big talk before an increasingly keynote occasion that, on the face of it, could go one of two ways: a remarkable win for a transitional England side that transforms numerous reputations or a harsh lesson in why South Africa, regardless of who carries their water, remain the hardest side in the world to beat. In the absence of Owen Farrell, Jamie George, George Ford, the Vunipola brothers, Anthony Watson, Elliot Daly and others, it is also a test of Jones’s selectorial touch and the true depth of England’s playing reserves, both the subject of some debate at present.

Nor would many of those present on that fateful evening in Yokohama in 2019, regardless of their nationality, have accurately predicted this weekend’s team sheet. Jamie Blamire and Bevan Rodd both starting in the front row, Nic Dolly on the bench, Joe Marchant on the wing … even by Jones’s eclectic standards there are some unexpected lollies in this particular bag of pick ‘n’ mix.

Of course injury and unavailability have played their part – Joe Marler would have started had he not spent the last 10 days in Covid isolation – but Blamire has played no fewer than 20 of his 23 Premiership games for Newcastle off the bench. Dolly – a special hello to him, by the way – grew up in Australia, was let go by Sale and only surfaced at Leicester this season from Coventry because they were temporarily short of hookers.

Marchant belongs in a different category: unlucky not to have won more caps, he possesses an aerial leap to match anyone’s and is clearly a horses-for-courses pick against a South Africa side who routinely hoist the ball skywards. Those among us who would have started the attack-minded Alex Dombrandt and Max Malins can only hope the game is still in the balance when they do finally get on.

It is a certain non-surrender mindset, though, that Jones is clearly after as he seeks to move on from his lingering World Cup disappointment. “Personally you never forget it, mate. It is with you your whole life. But then it is your ability to get past it and focus on what is important next. I’ve been impressed with how our team has done that. Now I am just excited about coaching this young team and where they can go.

“The 2019 World Cup, at the moment, is not a significant memory but that is not to say I still don’t wake up in the morning and think about it. It is a scar that you have for the rest of your life.”

And, having passed on the sincere condolences of everyone in English rugby to the former Springbok prop Jannie Du Plessis and his family over the tragic drowning of their baby son, there was equally no disputing Jones’s genuine desire to see his side earn more respect in some quarters. “They have a different team, we have a different team. We can’t get the World Cup back, we don’t get a gold medal back. So this game is about this South African team, who are No 1 in the world while we are No 3.

“I don’t think there are any secrets: you’ve got to front up and you’ve got to take your opportunities. They think we have a weak forward pack. We will see on Saturday.” 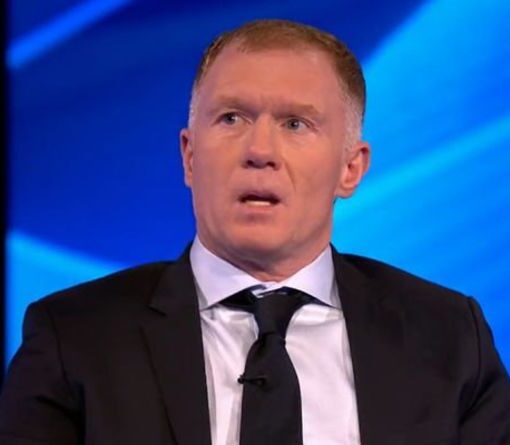 In a performance typical of Canada of late – dull but efficient – another of Lyon’s treble-winners, centre back Kadeisha Buchanan, proved […]