In a tearful news conference, the 36-year-old Paine said that ​an investigation at the time found he had not violated the league’s code of conduct, but “on reflection,” he felt his actions at the time did “not meet the standard of an Australian cricket captain.” He also said he had “recently” become aware that the text exchange would be made public.

Paine said​ he sent the texts to a ​then-colleague at Cricket Tasmania four years ago, shortly before he became national team captain.

He said ​the texts were subsequently the subject of an investigation by Cricket Australia’s Integrity Unit and Cricket Tasmania’s HR team.

Despite not revealing what the messages said himself, media reports state they were of a sexual nature.
“Although exonerated, I deeply regretted this incident at the time, and still do today,” Paine told reporters, less than three weeks before the start of the Ashes Test series — the first match of which begins on December 8 — against England.

“I spoke to my wife and family at the time and am enormously grateful for their forgiveness and support.

“We thought this incident was behind us and that I could focus entirely on the team, as I have done for the last three or four years.”

READ: Former England cricketer Ebony Rainford-Brent shares racist letter she received
Paine’s appointment was supposed to usher in a new era for Australian cricket​, which had been marred by a cheating scandal ahead of Paine’s appointment.

Paine’s ​predecessor Steve Smith also resigned tearfully in ​the wake of the ball tampering affair in 2018.

“I’m deeply sorry for the hurt and pain that I have caused to my wife, my family, and to the other party,” Paine added.

“I’m sorry for any damage that this does to the reputation of our sport and I believe that it is the right decision for me to stand down as captain, effective immediately.

“I do not want this to become an unwelcome disruption to the team ahead of what is a huge Ashes series.”

Cricket Australia (CA) chair Richard Freudenstein said in a statement on CA’s official news website Friday that the board had accepted Paine’s decision to step down and would work on appointing a new captain.

“While the Board acknowledges an investigation cleared Tim of any breach of the code of conduct regarding this matter some years ago, we respect his decision,” he said.

“CA does not condone this type of language or behaviour.”

​Freudenstein also said that Paine would continue to be available for selection in the Test team.

CNN has reached out to Cricket Tasmania for comment but has yet to receive a response. 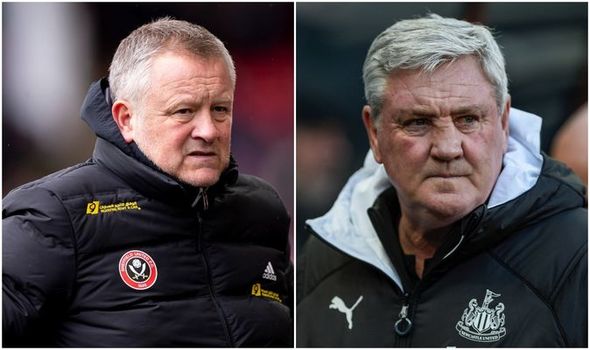 Newcastle and Sheffield United go toe-to-toe at St James’ Park as Chris Wilder’s side continue their pursuit of European qualification. Follow the […]

Lewis Hamilton took pole for the Hungarian Grand Prix, putting in a precision run in the Mercedes at the Hungaroring. His teammate […]