BBC newsman Rory Cellan-Jones caused a social media storm last week when he tweeted that his pet collie, Cabbage, and a number of other dogs had been taken when a dog walker’s van was stolen in London on Friday morning.

All six dogs were found later that evening, and it was a clever Ford smartphone application that helped to identify their whereabouts.

The brand’s Ford Pass app was used to track the location of the black Transit after it was pinched while parked in the London suburb of East Acton. 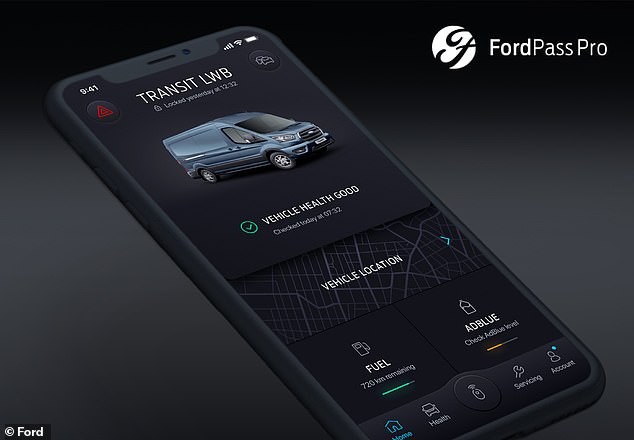 App to the rescue: Ford’s smartphone app that links to its latest vans was key to tracking down a stolen van with dogs – including Rory Cellan-Jones’ Collie, Cabbage – on Friday

The vehicle theft hit headlines at the end of last week, after a series of frantic tweets sent by Mr Cellan-Jones about his and other owners’ dogs being in the stolen van went viral, with the former tech reporter appealed for the public’s help to find the missing animals.

Mr Cellan-Jones told how the black Ford Transit used by the professional dog walking businesses had been taken at 10.20am.

Fortunately, the owner of the van, Brett Holte-Smith, had linked his vehicle to the free Ford Pass app when he bought it new last year, which any of its commercial vehicle customers can use. 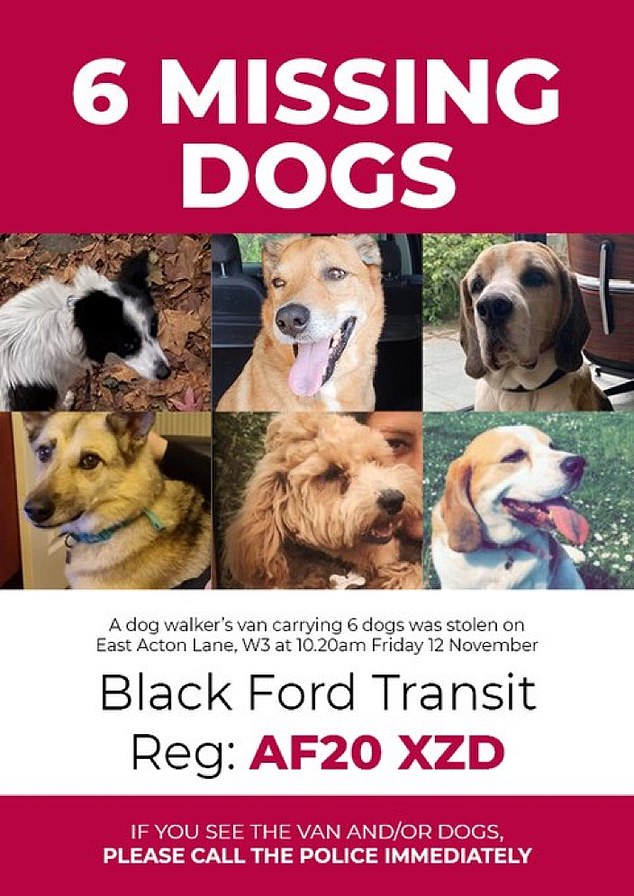 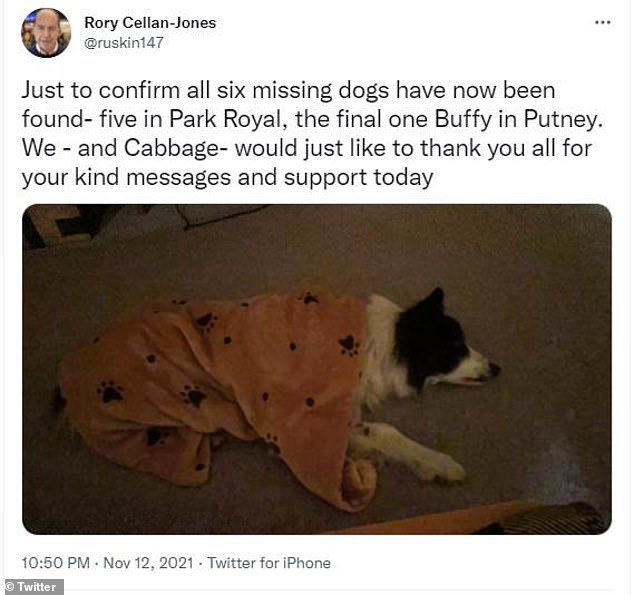 Cabbage took a nap in a blanket after the day-long ordeal on Friday, with Ford since confirming it had played a big part in finding the pinched pooches

The application can be used by all Ford customers to manage ownership – such as checking service intervals – and offers functions on the move, such as live traffic updates and nearest charging points, if you have a Mustang Mach-E EV or a plug-in hybrid model.

And it also has a selection of remote features, including locking and unlocking the doors and live tracking.

The app is also available to commercial vehicle customers to protect their van from thieves who often target them for the expensive contents inside, such as tools and building equipment.

The company made the majority of its commercial vehicles connected with in-built modems as standard last year, enabling their location to be pinpointed remotely, following the same free car upgrade in 2018.

By having the system setup, the whereabouts of Mr Holte-Smith’s Transit could be investigated on Friday. 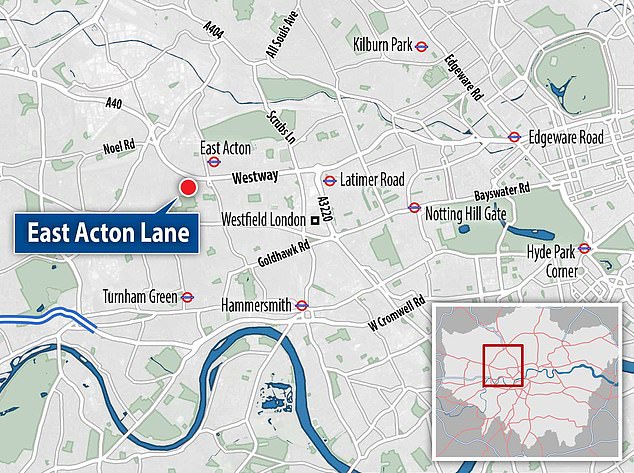 The app triggered locations where thieves had taken the stolen van, with one of the stop-off points being where they released the six dogs from the back of the Transit

Once Ford Pass had been activated, the Transit’s first location following its theft near Ealing on the morning of 12 November showed as Park Royal.

By the time the search team reached the location, the vehicle had gone but five of the six dogs were later found roaming Park Royal and recovered.

The thieves’ next move in the Transit again showed up on Ford Pass, tracing the van to another part of Park Royal where police seized the van the same evening.

The sixth dog was later found also and police inquiries continue to identify the perpetrators.

Commenting on the applications part played in locating the dogs and the vehicle, Mark Harvey, Ford enterprise connectivity director, said: ‘Connectivity is the cornerstone of our mission to deliver smart vehicles.

‘What brings that plan to life, and makes it all the more rewarding, is real-life stories such as this, with Ford’s technologically advanced vehicles bringing about a better outcome for customers in need.’ 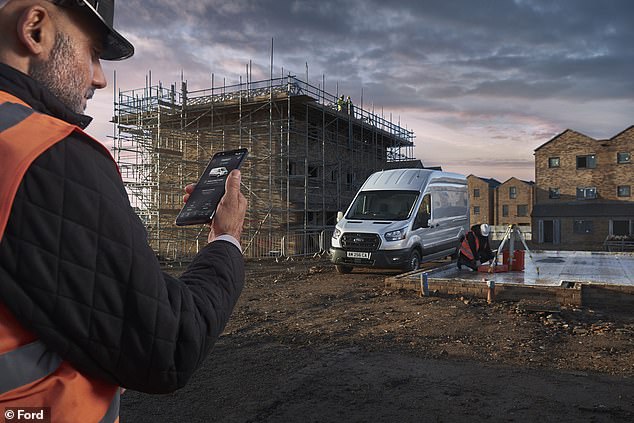 The vehicle maker offers the Ford Pass smartphone app to van customers free of charge. It links to a modem inside the vehicle so owners can track its whereabouts 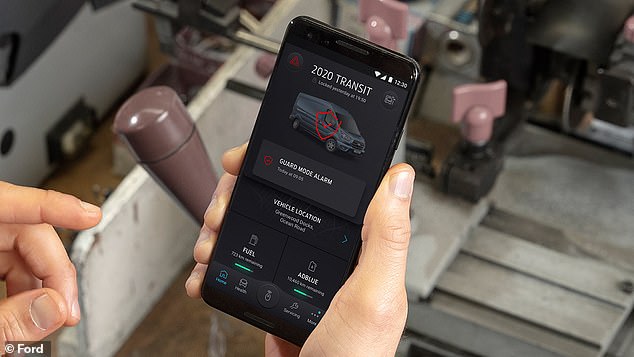 The app even features something called Guard Mode, which alerts the owner if a thief is trying to break into their van

The Ford Pass app for van owners also comes with a ‘Guard Mode’ feature – a heightened-security mode that monitors a commercial vehicle in real time, alerting owners of any potential breaches in their security, including break ins.

Ford says it has also offered to provide Mr Holte-Smith with an alternative vehicle pending his Transit being back up and running. 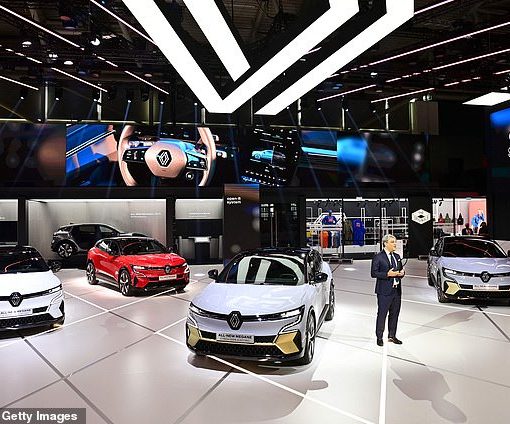 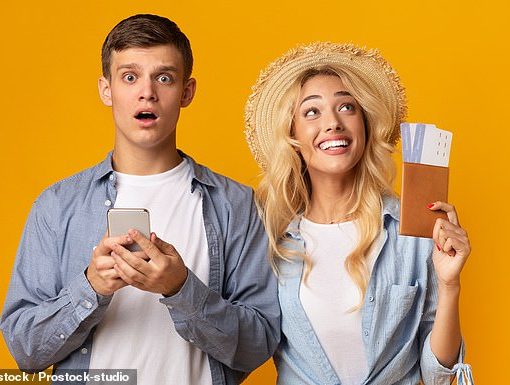 Holidaymakers are at risk of losing thousands of pounds to scammers, as criminals at home and abroad prepare to take advantage of […] 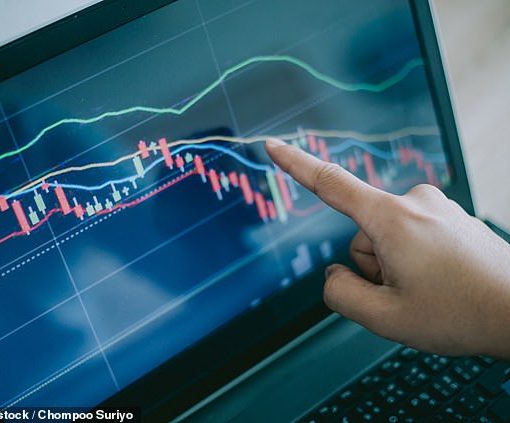 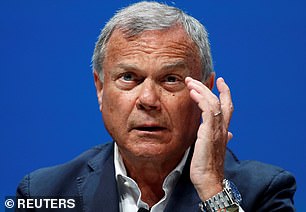