The Hairy Bikers: Si King discusses his struggle with illness

The Hairy Bikers Go North returned for an eighth and final episodeon Thursday. Si and Dave head to the Tyne and Wear and its city of Newcastle, an area close to Si’s heart. After weeks exploring the northern English countryside, Si takes Dave around his home turf as they take in some of the best local food. After visiting the street and house where Si grew up, they visit a host of places whipping up the finest food in the North East.

They cook a mouthwatering roast, a jackfruit curry and the ultimate surf and turf.

Looking back on the series, Si said it was the “most personal, emotional and enlightening journey we’ve undertaken”.

The Bikers have travelled the world combining cooking with their love of motorbikes and copious amounts of banter.

Having first met in 1992 while working behind the scenes of TV drama ‘The Gambling Man’, they have produced a range of television series, as well as a number of cookery books to accompany various series.

After Dave received a health scare and a firm warning from a doctor a decade ago, the pair set upon a weight loss journey.

Dave told the BBC at the time of a body scan that he and Si had done before their series ‘Hairy Dieters: How to Love Food and Lose Weight’.

He said: “I could see visually where the fat was lying, basically all around my internal organs. I was a fit fatty, but for how long?

“I came away inspired to do something about it. I was an apple shape and I was a blooming big apple.”

Si, meanwhile, had first started to put on weight as a child.

Speaking to the Mirror in 2014, he said: “At primary school when I was eight the head said ‘Simon King is on a diet’ in front of the whole dinner hall.

Dave and Si shed more than seven stone between them. (Image: BBC)

“That stayed with me for a long time.

“I had just lost my father so I was feeling pretty vulnerable.

“I’ve always had a problem with my weight.”

Once they both decided to do something about their weight, the pounds practically fell off.

They shed more than seven stone between them.

Dave and Si have travelled the world cooking up delicious meals along their way. (Image: BBC)

When they stopped making their hearty, carb-loaded meals, they feared regular viewers may switch off.

In fact, quite the opposite happened.Their book ‘The Hairy Dieters: Fast Food’ toppled 50 Shades of Grey from the bestsellers list.

Si credits the weight loss with saving his life.

He recalled watching a rugby match on TV in 2014, after four consecutive days of progressively worse headaches.

The Hairy Bikers in Blackpool as part of their tour of the north of England. (Image: BBC)

In a separate interview with the Mirror, he said: “The players started sliding off the screen, it was bizarre. I knew I was in real trouble.”

He called a taxi, which took him to the Royal Victoria Infirmary in Newcastle. Barely conscious by the time he arrived, a lumbar puncture confirmed there was blood in his spinal fluid.

He was rushed into surgery to stop an aneurysm bleeding into his brain. He told the newspaper he was “incredibly lucky” to avoid any permanent damage.

Si said: “I don’t think I would have survived if I had been at my full weight.”

The affable pair scoff at the thought of fad diets. Si said: “You’ll lose weight really quickly but you’ll put it on really quickly as well because it’s simply not sustainable.

“You cannae eat cabbage soup for the rest of your life.”

Dave had tried the Atkins diet many years ago — a low-carb, high fat and protein diet which forces the body to use its fat stores for energy.

However, he admitted he was “crawling up the walls” after two weeks.

He said: “I was in a motorway services and I broke and had a cheese sandwich. It felt fabulous.”

The Hairy Bikers Go North is available on BBC iPlayer.

Last year, she told her Radio 2 listeners that she can relate to “meno madness”, the term given to the variety of […] 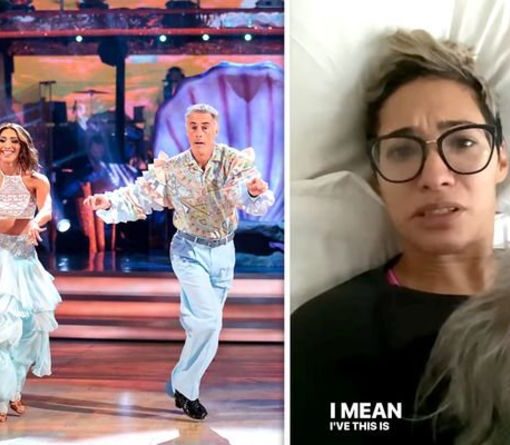 “He doesn’t care,” she joked, as her dog barked at the camera.  Karen went on to admit that she had been having […] 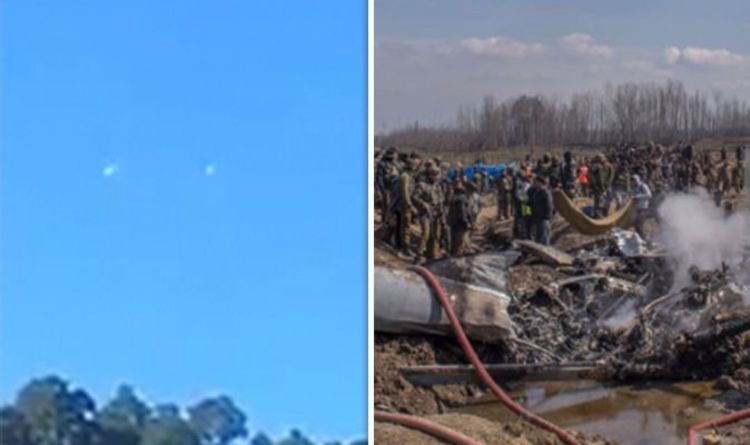 Footage has been released seeming to show the moment an Indian and Pakistani fighter jet engage in an air battle over Kashmir. […] 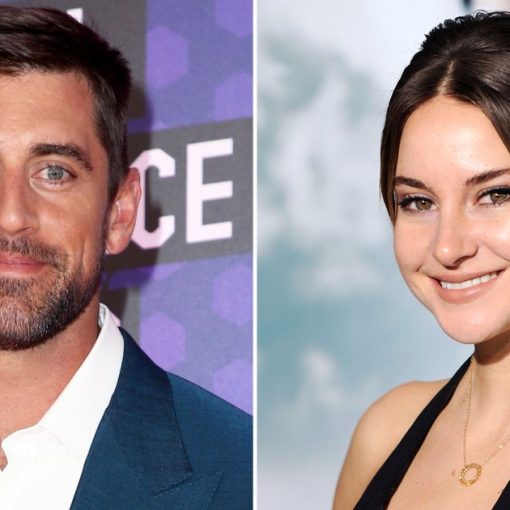 A match made in mindfulness! Aaron Rodgers and Shailene Woodley’s friends think they’re a great pair, a source revealed exclusively to Us […]