Skip to content
Government data showing the cost of living rose 6.2% over the last 12 months — the highest rate in 30 years — set off White House alarm bells on Wednesday and offered a new opening for Republicans lambasting Biden over high energy prices.
The figures underscored what all Americans already know. Every trip to the supermarket shows that basic foods like eggs or meat are shooting up in price. The gallon of gas it takes to get to the weekly grocery run is currently averaging $3.40 nationwide. Such pain in the pocket, coming off a demoralizing pandemic that is nearly two years old, threatens Biden’s already weakened political standing as he battles a corrosive political issue affecting voters every day.

The White House has sometimes been slow to respond to flashing red political warnings — for instance, over immigration. But there were clear signs of a shift in tone on Wednesday after officials spent months insisting that higher prices were merely a transitory byproduct of the pandemic. Biden first issued a statement saying he would work to bring prices down. Then in a trip to the Port of Baltimore to tout his newly passed bipartisan infrastructure bill, the President went out of the way to show he cared and understood the issue.

“Everything from a gallon of gas to a loaf of bread costs more, and it’s worrisome,” Biden said. “Many people remain unsettled about the economy and we all know why. They see higher prices, they go to the store or go online, they can’t find what they always want and when they want it.”

Referring to one of the big economic problems slowing the economy — a clogged up supply chain — the President did a good job in his speech explaining why a closed factory in Malaysia could make life more expensive in the US. But the political task ahead of him requires a relentless daily focus and repeated strong messaging that has not so far been a strength of the Biden White House.

Biden’s speech and his clear urgency about inflation came across as something of a political reset as his approval ratings dip into the mid-to-low 40s. All presidents face diminished popularity and political reversals from time to time. Those that are successful and win second terms show the ability to bounce back from tough times. Biden’s capacity to do so now hinges on his own political dexterity and the extent to which outside forces will shape the politics of the next three years.

Still, his team’s swift reaction to the new data does suggest that after a morale-sapping loss in the Virginia gubernatorial race and a much closer-than-expected win in New Jersey last week, the White House is more alert to shifting political tides.

Rising prices in the shops and higher home heating costs threaten to cast a pall over the holiday season and make the coming winter more expensive for Americans. A less important, but still significant effect of inflation is how it will weigh on Biden and Democrats heading into midterm elections next year.

Already, there are signs that Wednesday’s report from the Bureau of Labor Statistics could yet again complicate the President’s push to pass his vast social spending bill through the 50-50 US Senate. West Virginia Sen. Joe Manchin was been warning for weeks that an injection of at least another $1.5 trillion dollars into the economy could heat up price rises even more. He insisted that the threat posed by record inflation was not “‘transitory’ and is instead getting worse” in a Wednesday tweet. “From the grocery store to the gas pump, Americans know the inflation tax is real and DC can no longer ignore the economic pain Americans feel every day,” Manchin wrote.

Growing political turmoil over inflation also threatens to further politicize the White House’s approach to the Federal Reserve as Biden wrestles over whether to nominate Chairman Jerome Powell, an appointee of ex-President Donald Trump, to a fresh term. The Fed will be a key (and independent) player in reducing inflation, possibly through interest rate hikes, but faces a delicate task in not disrupting a recovering but still fragile labor market.

Inflation is an especially damaging political force because of its immediate impact on the well-being on voters. A rate of 6.2% is well above levels at which policymakers can be relaxed about rising prices and threatens to also wipe out wage gains, in effect giving everyone in the country a pay cut.

Inflation complicated the pandemic recovery because of a spike in demand coming out of months of lockdowns, a shortage of key commodities and raw materials and higher levels of savings from Americans stuck at home for long periods. It has been exacerbated by disruptions in manufacturing, for instance, in Asia. A shortage of semi-conductors has made items like new cars more expensive and hard to come by and has therefore also pushed up the price of used vehicles. A supply chain crunch has seen ships lining up for days to offload at California ports. Backlogs have been exacerbated by Covid-19 shutdowns in manufacturing hubs abroad and by a shortage of truckers and rail freight capacity in the United States.

Biden has taken increasingly active steps to tackle such issues — for instance, meeting with CEOs of courier companies this week in a bid to ensure shop shelves are full during the coming holiday season. But the root causes of the crisis are complex and worldwide and will defy easy remedies. The political impact of the current price hikes may also be exacerbated because inflation — which stalked developed world economies in the 1970s and caused huge political turmoil — had been under control for decades.

None of these mitigating factors are stopping Republicans from exploiting the painful cost-of-living increases and prices at the pumps to slam “Bidenflation” and to argue that the President’s ambitious political program is squandering past economic gains.

“This is a pay cut families can’t afford,” Republican Rep. Kevin Brady of Texas, the ranking member of the House Ways and Means Committee, said. “No wonder Americans now rank inflation alongside Covid as their biggest concerns — and believe Biden’s $4 trillion tax-and-spending binge will only make prices worse.”

Rep. Liz Cheney, who has recently been more often praised than criticized by Democrats for standing up to Trump’s election lies, also took a swing at the Biden administration on Wednesday over the new data.

“The Biden Admin has tried – and failed – to rely on our adversaries to lower prices at the pump. Now, they’re considering tapping into the Strategic Petroleum Reserve. This is wrong. We should support American oil producers so they can meet our needs,” Cheney wrote on Twitter.

The Wyoming Republican struck at the heart of a politically damaging feature of high gas prices for Biden. He has publicly urged oil-producing nations to pump more crude to bring down prices. But the calls have fallen on deaf ears and risk making him look weak. Similarly, warnings by Transportation Secretary Pete Buttigieg in recent weeks that the supply chain problems could linger into next year may be realistic but hardly instill confidence in the administration’s ability to improve things. And rising inflation, if it is still a drag on Americans next year, could make historically difficult midterm elections next November even harder for Democrats by overshadowing their legislative wins.

But a new CNN fact check contradicts claims by Republicans that rising prices are solely caused by wasteful Democratic spending. Many factors, including supply chain chaos and production limits by OPEC countries, are factoring into a complicated situation.
It’s ironic, given current challenges, that the central premise of Biden’s presidency is making the economy more rewarding and equitable for working Americans. But Biden’s multi-trillion dollar remedies — the infrastructure and social spending bills — could take months and years to be felt by regular Americans and to begin to change the political atmosphere. That doesn’t mean fixing roads, creating jobs, providing home health care, free pre-kindergarten and revolutionizing the US power grid with low carbon fuels will not help the economy. But the current needs are more immediate. And it’s not clear Democrats have done a sufficiently good job in selling the benefits of such plans to convince most Americans they will really help. A new CNN poll, for example, found that 58% of people don’t think Biden has paid sufficient attention to the nation’s problems. And the issue cited by the most respondents (36%) was the economy, ahead of the pandemic at 20%. Those figures suggest that to improve his political standing, Biden must now flip from Covid-battler in chief to rescuing a sense of economic wellbeing.

Still, White House chief of staff Ron Klain on Thursday insisted that the economy was improving specifically because of steps taken by Biden.

“I think things are better in this country than they were a year ago with regard to Covid, with regard to the economy,” Klain told CNN’s Jake Tapper on “The Lead.” “We have a lot of work left to do and I think voters are in a show me, don’t tell me mode.” 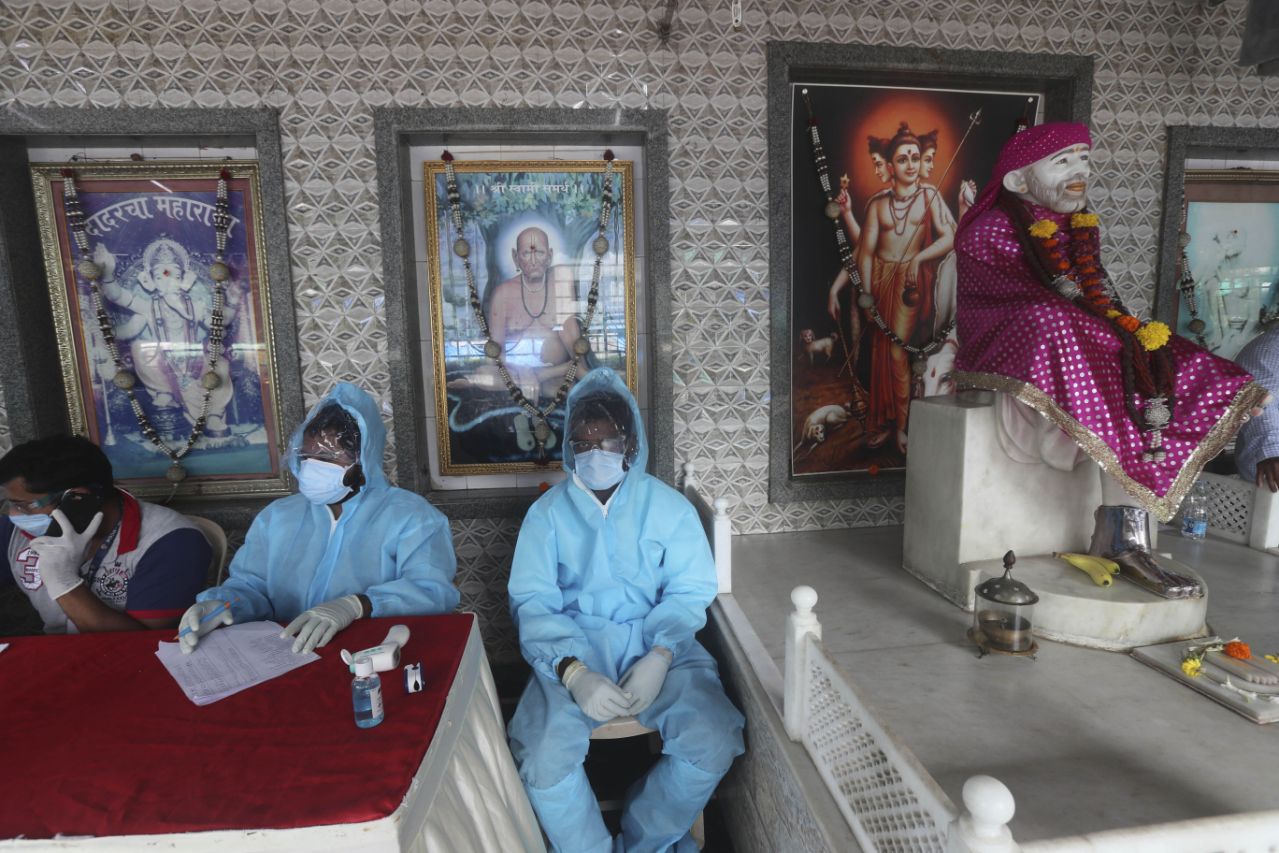 (Reuters) – A gunman who opened fire in a Texas church, killing one person and leaving another in critical condition, died after […] 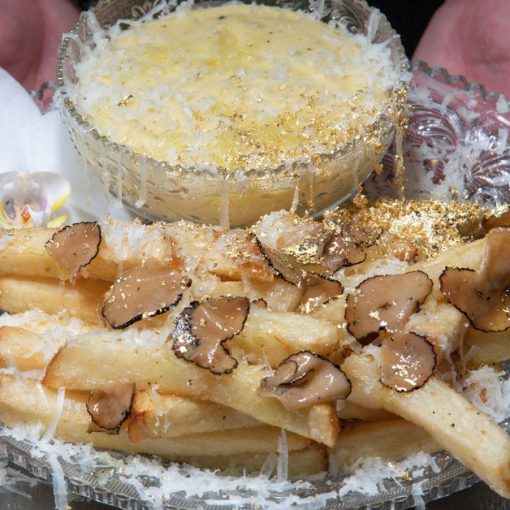 NEW YORK, July 26 (Reuters) – Jerome Powell, this story’s for you. The Federal Reserve chair, always on the look-out for signs […] 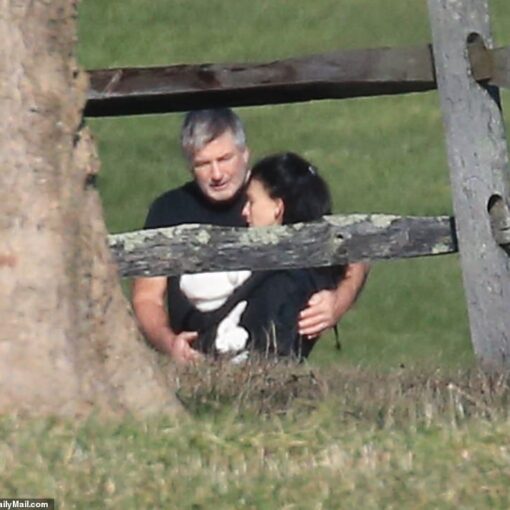