A new Ebola vaccine that was developed by the Oxford University team that made the AstraZeneca Covid jab is being trialled in humans for the first time today.

The jab – currently known as ChAdOx1 biEBOV – uses the same technology as the breakthrough coronavirus shot.

It has been designed to tackle the Zaire and Sudan strains of Ebola, the two most common and deadly types.

The trial will see 26 people between the ages of 18 and 55 given the jab and monitored over a six-month period in Oxford. Another trial is due to start in Tanzania by the end of the year.

Patients will begin to be vaccinated from this morning and results are expected in the second half of 2022.

The phase one study will test the safety, side effects, best dose, and timing of the new jab. Later trials will see how it performs against Ebola in the real world.

Other Ebola vaccines do exist based on the Zaire species, but Oxford researchers hope the new jab will have a wider reach. 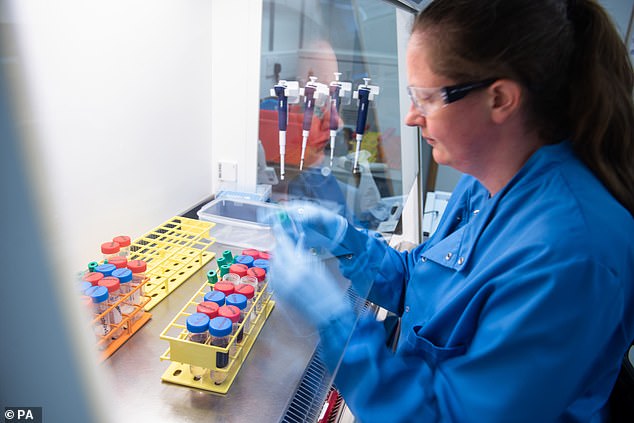 Oxford University scientists have started human trial on a new vaccine they hope will help prevent deaths from the Ebola virus. The deadly disease can kill up to 90 per cent of people it infects and the last major outbreak of the disease killed 11,000 people worldwide.

There are four species of Ebola virus that have been known to cause disease in humans.

Of these, the Zaire species is the most lethal, causing death in 70 per cent to 90 per cent of cases if left untreated.

The Zaire species is responsible for most outbreaks, including the 2014-2016 West Africa outbreak and the 2018 outbreak in eastern Democratic Republic of the Congo, where more than 32,000 people were infected and more than 13,600 died.

HOW DID THE OXFORD COVID VACCINE TECHNOLOGY WORK? 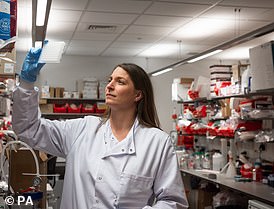 The Oxford-AstraZeneca Covid vaccine – called ChAdOx1 nCoV-19 – uses a harmless, weakened version of a common virus which causes a cold in chimpanzees.

Researchers have already used this technology to produce vaccines against a number of pathogens including flu and Zika.

The virus is genetically modified so that it is impossible for it to reproduce  in humans and cause infection.

Scientists have transferred the genetic instructions for coronavirus’s specific ‘spike protein’ – which it needs to invade cells – to the vaccine.

When the vaccine enters cells inside the body, it uses this genetic code to force the body’s own cells to produce the surface spike protein of the coronavirus.

This induces an immune response because it makes those cells look like the virus, which effectively works as a training aid for the immune system to learn how to fight the virus if the real thing gets into the body.

The vaccine is based on the ChAdOx1 virus, a weakened version of a chimpanzee common cold virus that has been genetically modified so that it is impossible for it to replicate in humans.

This method has already been used successfully in the Oxford-AstraZeneca Covid vaccine.

Dr Daniel Jenkin, principal investigator of the trial at the Jenner Institute, said: ‘Recent advances have led to the approval of vaccines against one of the viruses that causes Ebola virus disease.’

‘However, this disease can be caused by several different species of virus and each of these may require a targeted immune response to offer protection.’

‘We have designed our new vaccine to target the two species of virus that have caused nearly all Ebolavirus outbreaks and deaths, and now look forward to testing this in Phase I clinical trials.’

Volunteers interested in enrolling on the study can do so online via the university.

A further trial for the vaccine is due to start in Tanzania by the end of the year.

Ebola killed at least 11,000 across the world in the last major outbreak of the virus and decimated West Africa in 2014-2016.

The Ebola virus is transmitted to people from wild animals, such as bats, porcupines and primates and then spreads between humans through direct contact with bodily fluids and materials such as clothing and bedding.

There is currently a vaccine called Ervebo has been shown to be effective in protecting people from the Zaire species of Ebola.

Another vaccine called Zabdeno-and-Mvabea was approved for use in May 2020 and consists of two doses delivered eight weeks apart.

There is an ongoing outbreak of Ebola ongoing in the Democratic Republic of Congo which began on October 8.

The development of an Ebola jab is a strange circle for Oxford University who began work on how to develop vaccines rapidly after the devastating Ebola outbreak in 2014-2016.

Researchers from Oxford University were hailed as heroes in December last year for helping to vaccinate the world against Covid after developing a jab that only cost £2 to produce.

The jab was later restricted to the over 40s in the UK and in other European nations after it was discovered there was a tiny risk of developing blood-clots.

Britain has donated 30.6million doses of the Oxford-AstraZeneca vaccine to poorer countries as part of the UN’s COVAX vaccine global vaccine sharing scheme and has plans to donate 20million more.

WHAT IS EBOLA AND HOW DEADLY WAS THE LAST MAJOR OUTBREAK?

Ebola, a haemorrhagic fever, killed at least 11,000 across the world after it decimated West Africa and spread rapidly over the space of two years.

That epidemic was officially declared over back in January 2016, when Liberia was announced to be Ebola-free by the WHO.

The country, rocked by back-to-back civil wars that ended in 2003, was hit the hardest by the fever, with 40 per cent of the deaths having occurred there.

Sierra Leone reported the highest number of Ebola cases, with nearly of all those infected having been residents of the nation.

WHERE DID IT BEGIN?

An analysis, published in the New England Journal of Medicine, found the outbreak began in Guinea – which neighbours Liberia and Sierra Leone.

A team of international researchers were able to trace the epidemic back to a two-year-old boy in Meliandou – about 400 miles (650km) from the capital, Conakry.

Emile Ouamouno, known more commonly as Patient Zero, may have contracted the deadly virus by playing with bats in a hollow tree, a study suggested.

HOW MANY PEOPLE WERE STRUCK DOWN?

Figures show nearly 29,000 people were infected from Ebola – meaning the virus killed around 40 per cent of those it struck.

Cases and deaths were also reported in Nigeria, Mali and the US – but on a much smaller scale, with 15 fatalities between the three nations.

Health officials in Guinea reported a mysterious bug in the south-eastern regions of the country before the WHO confirmed it was Ebola.

Ebola was first identified by scientists in 1976, but the most recent outbreak dwarfed all other ones recorded in history, figures show.

HOW DID HUMANS CONTRACT THE VIRUS?

Scientists believe Ebola is most often passed to humans by fruit bats, but antelope, porcupines, gorillas and chimpanzees could also be to blame.

It can be transmitted between humans through blood, secretions and other bodily fluids of people – and surfaces – that have been infected.

IS THERE A TREATMENT?

There are currently two Ebola vaccines in active use. One is a vaccine called Ervebo which has been shown to be effective in protecting people from the Zaire species of Ebola.

Another vaccine called Zabdeno-and-Mvabea was approved for use in May 2020 and consists of two doses delivered eight weeks apart. 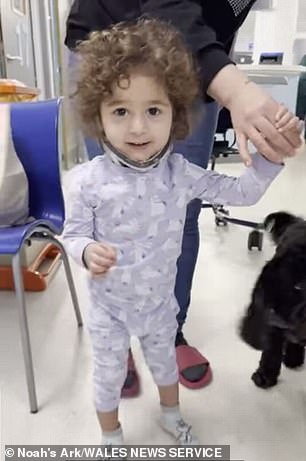 This is the moment a one-year-old girl miraculously took her first steps after almost being paralysed in a terrifying car crash. Alice […] 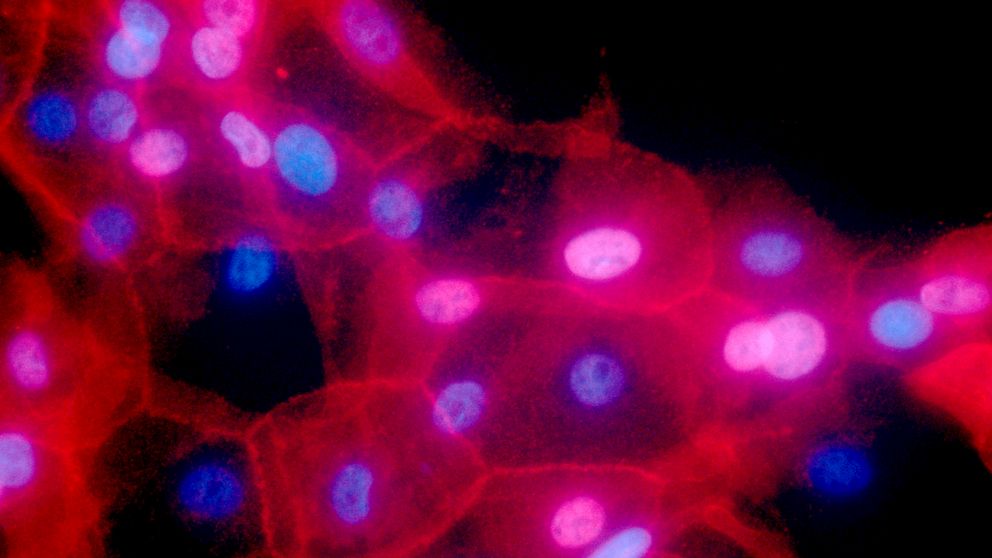 More women may benefit from gene testing for hereditary breast or ovarian cancer, especially if they’ve already survived cancer once, an influential […]