I studied archaeology at university, and on our very first day of classes our professor walked in carrying all these bags of trash. He dumped them on our tables and said “here, pick through all this then tell me everything about the person they belonged to”.

For an hour we delicately sifted through each piece of garbage, separating them into groups and genres, holding empty soup cans and crushed hair dye packaging aloft like we were 19 year-olds cosplaying as forensic scientists. By the end of the class, knowing nothing about these people but having carefully considered each individual piece of trash and projecting outwards from there, we were asked to tell our stories.

Six groups of students stood up and tried to describe the person the trash belonged to, and all six got their answers completely wrong. What we thought were young singles were actually professional couples. A bag of garbage that surely belonged to a large family actually came from a man who lived alone. Another bag wasn’t even real, it was just a collection of junk he’d rounded up from the bins in the faculty office. None of us got close to matching the (discarded) possessions with the type of person they belonged to.

Our professor’s point was to start our education in archaeology by pointing out its limitations. That despite everything we were about to learn over the next three years, even with a wealth of material evidence in our hands and centuries of professional practices, all you can ever hope to do is make educated guesses. You can catalogue a person’s things, but it’s almost impossible to tell their whole story just by looking through their stuff.

Unpacking is a game trying to tell a story by asking you to look through someone’s stuff.

There are differences between this game and my anecdote, of course. In Unpacking we’re asked several times to take a person’s actual cherished belongings out of storage and place them onto shelves and inside wardrobes. We are not, at any point, going through their trash trying to work out if four empty beer bottles meant one person drank all four or if three friends came over.

But I mentioned it because I think the wider point remains true here. Unpacking is a game that is giving us glimpses of a person’s life by taking note of their accumulation and retention of goods throughout the first half of their life. It’s not telling a story; it’s giving us fragments of a story, a handful of pieces of a much larger puzzle, and leaves us with wider narrative arcs unspoken and unresolved.

Into this void, and unaware I was even doing it, I began to subconsciously fill in the gaps of this person’s life, and it wasn’t until I’d finished the game—in around 4 hours—that I realised this was my absolute favourite thing about Unpacking.

In terms of what you’re actively doing, this is a game about picking things up and putting them somewhere, as you unpack a woman’s stuff after she has moved house. Imagine managing your inventory in Resident Evil, only it’s boxes full of pens and bras and printer cables. That’s all you’re doing here, moving stuff, though I may also be selling the act itself short here; the game’s pixel art looks amazing, and there’s an immensely satisfying combination of animation and sound that makes every box closing and door sliding open/shut a joy.

The only rule Unpacking has is that everything you are unpacking needs to go roughly where it belongs. Pots need to go in a kitchen cupboard, for example, and if you leave them sitting on the bathroom floor the game won’t let you move onto the next stage—which is how the game is paced and divided, giving you several different combinations of rooms and houses as the woman’s life goes on—until you’ve rectified that.

The finer details of where everything goes, though, are up to the player. I found myself spending entire levels arranging my underpants in an annoyingly fastidious pattern, while at the same time tossing kitchen utensils into any drawer that would fit them, organisation be damned. Both approaches are acceptable for the limited progression framework at play here, but both are also ways player can develop the character’s story through the game. How neatly this person lives their life, what they put on display and where, that stuff is all up to you, and what I found fascinating was that so many of the character’s traits that were being pencilled into my head as I played were being driven by my own actions, not anything being written or suggested by the developers.

“What kind of monster puts their cooking oil in the same box as their t-shirts?”

An incredibly relaxing experience that tells a cute little tale

Having to jump from room to room in later, bigger levels got annoying pretty fast

Completed the game in just under four hours

Beginning with our unnamed protagonist’s first bedroom of their own in their teenage years, players will spend 20 years taking stuff out of boxes whenever she moves, from college dorms to first homes. There are cute touches throughout that I won’t specifically mention here so you can experience them yourself, but this is a game full of warm little moments as you discover items that this person simply can’t let go of, and wonder what happened to the stuff that hasn’t made it to this latest move.

At one point you move in with someone else and I thought, God, this person must be the worst, and I’ve seen friends and colleagues say the same thing, because how this room and the person’s possessions are presented conjured images that were at odds with the character I’d developed in my own head. Yet yesterday I saw someone on Twitter say almost the complete opposite, because the characters they had extrapolated out from some interior design choices and their possessions were entirely different.

A more structured narrative would simply have told us who the bad guy is. In Unpacking, things are more like a Rorschach Test sponsored by Marie Kondo. What one player finds endearing another might childish. What I might find a depressing turn of events another might say was a learning experience. What looks like just another pair of underpants—and this game has a lot of underpants—to me could be a subtle but vital clue as to this woman’s current state of well-being.

By the end of Unpacking, I felt like I’d been told an intimate story of the most important stages of a woman’s life, with all the ups and downs she had experienced along the way. The friends she made, the lovers who had come and gone, what had become of all her dreams and achievements. Yet what I’d actually been shown were just fragments. Trash dumped on my desktop. I’d put those pieces together and built my own story without even realising it, once again having been tricked into making educated guesses. Only here there were no wrong answers, only different stories, and as the credits rolled that was one of the nicest realisations I’d had at the end of a video game in years. 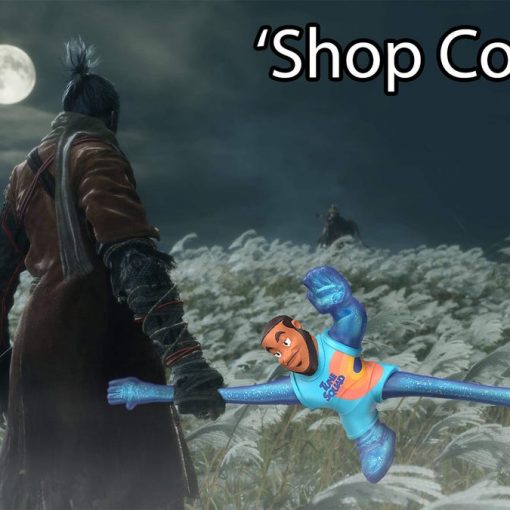 Image: Activision / Warner Bros / Kotaku Come on SLAM and welcome to the JAM! It’s time to have some fun with […] 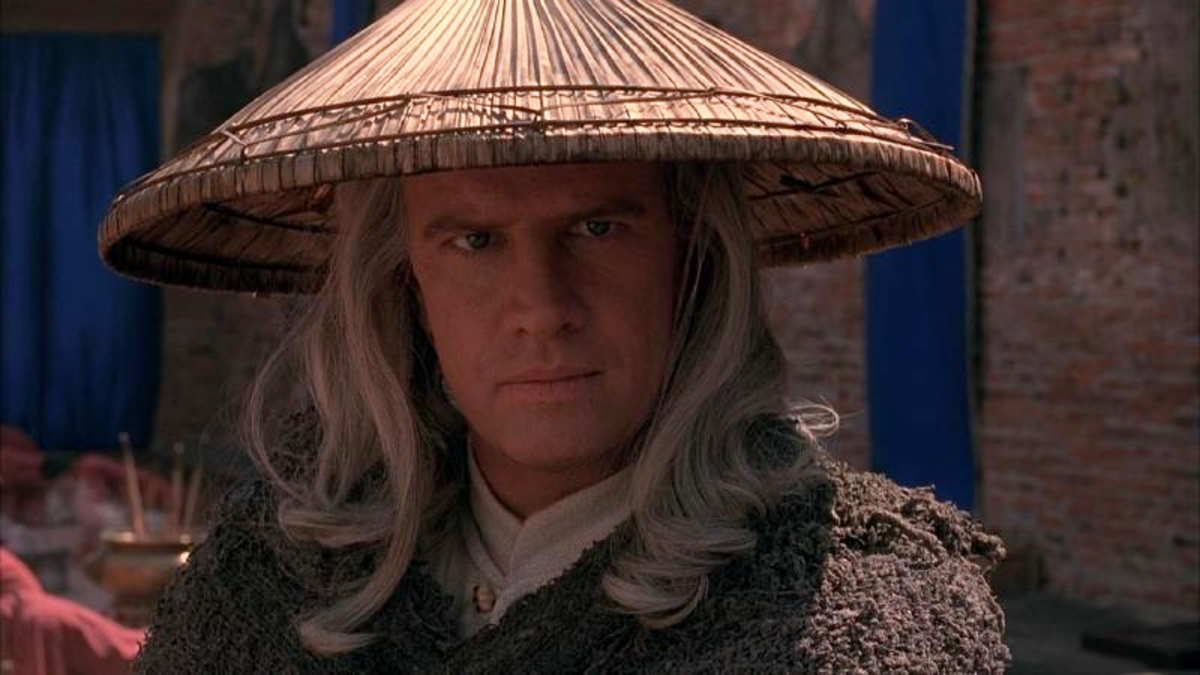 Christopher Lambert provided a unique take on Raiden in the 1995 Mortal Kombat movie adaptation.Photo: IMDB It’s hard to hide anything in your […]

Your iPhone is full of hidden features, and iOS 15 has some.  James Martin/CNET Apple’s new iOS 15 is now widely available […] 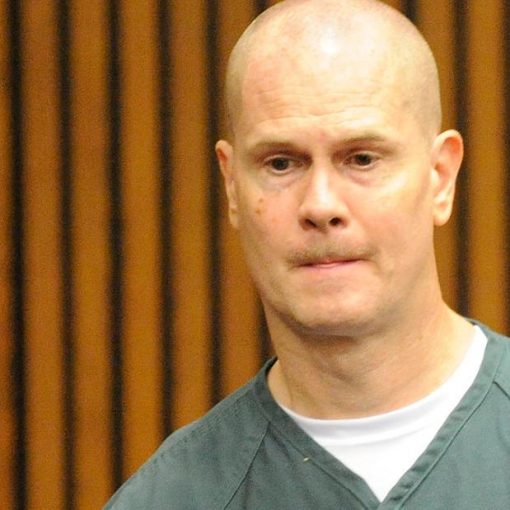 Suffering from brain cancer, his dad often moaned in pain over the phone. During this 2014 call, Rick Wershe Sr. told his […]