WASHINGTON, Nov 3 (Reuters) – The Federal Reserve on Wednesday is expected to detail plans to end its pandemic-era bond purchases by mid-2022 as policymakers shift their focus towards what, if anything, to do about a surge in inflation that is lasting longer than anticipated.

U.S. central bankers, in the minutes of their Sept. 21-22 meeting, signaled that a “taper” of the $120 billion in monthly asset purchases would be approved at this week’s gathering of the policy-setting Federal Open Market Committee.

What the minutes described as an “illustrative tapering path” would trim the purchases by $15 billion per month beginning in November or December, a pace and starting point that would end the program by June or July.

Of more note now is how the Fed changes other parts of its policy statement, and particularly its description of inflation as “largely reflecting transitory factors.”

Fed officials still largely hold that view. By some time in 2022 they anticipate that global supply bottlenecks will have eased, pandemic-fueled demand for goods among U.S. consumers will cool after massive spending on cars, motorcycles and appliances, and enough people will be pushing to return to jobs that the pace of wage and benefit increases will also subside.

But in recent weeks Fed officials have acknowledged the risks to that outlook. The jump in inflation this year has already lasted longer than anticipated; headline rates are running at twice the Fed’s 2% target; and rising rents, low business inventories, and large numbers of workers still waiting on the sidelines may mean the high pace of price increases will continue for now.

The dilemma facing the U.S. central bank is whether inflation eases before policymakers feel compelled to step in with interest rate increases to curb it. Investors are acting as if the Fed’s patience will run out soon.

The Fed cut its overnight benchmark federal funds interest rate to the near-zero level last year in a bid to stem the economic fallout of the pandemic. Trading in federal funds futures currently show investors expecting up to three quarter-percentage-point rate increases in 2022; Fed officials as of September were split over whether there would even be one.

“Will they hold on to the transitory description of inflation? My best guess is they will,” in order to keep their commitment to support the economic recovery until the economy is closer to full employment, said Aneta Markowska, an economist at Jefferies. “If they were being intellectually honest they would probably drop it, but given what is happening in the market the Fed has to tread carefully.”

Push back too hard on the current market expectations, by emphasizing the 5 million U.S. jobs still missing from before the pandemic, and it could “unhinge” the market outlook for inflation, she noted. Lean too hard on inflation risks, and it could push rate hike expectations even higher, begin to restrict credit and borrowing, and slow the recovery.

The Fed is due to release its policy statement at 2 p.m. EDT (1800 GMT). It will not issue new economic forecasts, so beyond the statement it will be up to Fed Chair Jerome Powell in his news conference half an hour later to strike a balance between the two sides of the central bank’s mandated goals of achieving maximum employment and stable prices.

This will be a critical communications moment for Powell whose term as Fed chief ends in February 2022. The White House has yet to announce whether the former investment banker will be reappointed to a second term.

Through much of the pandemic, Powell’s bias – and that of most other Fed policymakers – has been in favor of the job market, in line with the central bank’s new strategic approach to allow more risks with higher inflation in order to push job growth as high as possible.

The Fed currently says it will not raise rates until inflation has not just risen to its 2% target, but is on track to exceed it “for some time,” so that the 2% level is maintained on average following years in which it ran low.

That phrase has not been quantified in terms of how much or how long an overshoot of inflation is intended. While Fed policymakers have generally described achievement of the inflation benchmark as still “a ways off,” a few have noted that the averages are creeping higher already.

The labor market rebound has also taken on a different course than Fed officials expected. Despite near-record numbers of job openings, labor force participation is improving only slowly – with workers by choice or family necessity taking more time to return to jobs, and using savings elevated by pandemic benefit payments to cover the bills in the meantime.

The employment-to-population ratio is still 2.4 percentage points below where it was at the outset of the pandemic in February 2020, less than half the ground needed to be covered to return to the previous level.

The discussion over the taper of the Fed’s purchases of U.S. Treasuries and mortgage-backed securities will likely end on Wednesday with the central bank declaring that the economy has made “substantial further progress” in healing from the pandemic.

The debate will then turn to how much more the job market can improve, how fast it can be done, and whether COVID-19 has changed the economy in ways that mean higher inflation with fewer people working.

“If the Fed projects that inflation will not revert to target within a reasonable amount of time, then the Fed could step up the tightening schedule even if employment is short of the mandate,” Tim Duy, chief U.S. economist at SGH Macro Advisors, wrote ahead of the policy decision. “The Fed could tell this story after this week’s meeting. In practice, the Fed has made pretty clear it is waiting for more inflation data” to see if the “transitory” narrative holds. 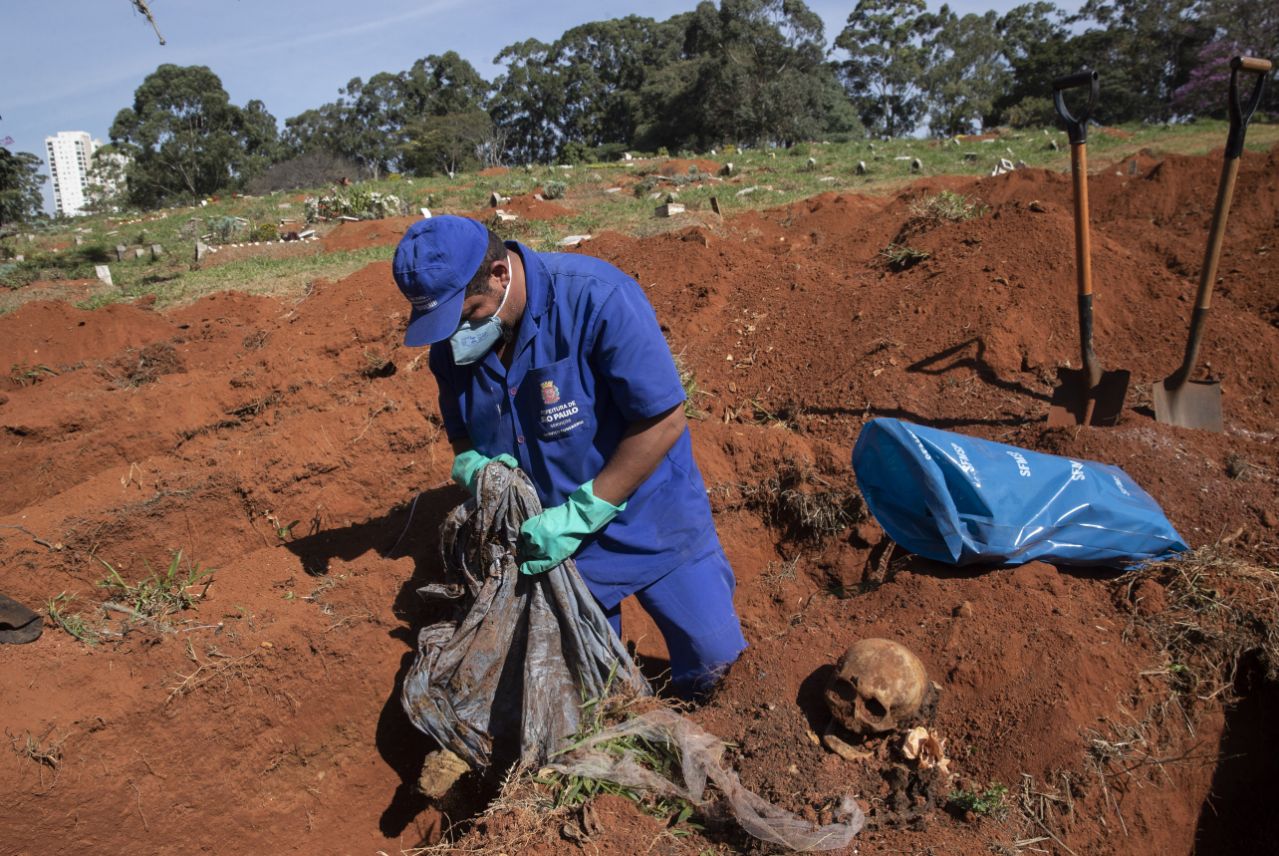 SAO PAULO (AP) — Brazil’s biggest metropolis has an unorthodox plan to free up space at its graveyards during the coronavris pandemic: […] 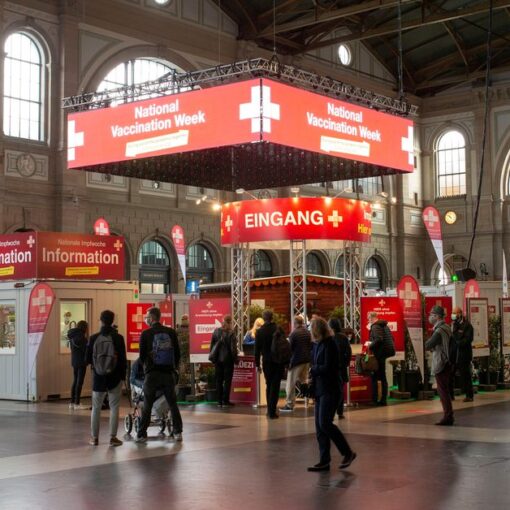 ZURICH, Nov 27 (Reuters) – Switzerland on Saturday widened quarantine requirements to stem the spread of the new Omicron coronavirus variant to […] 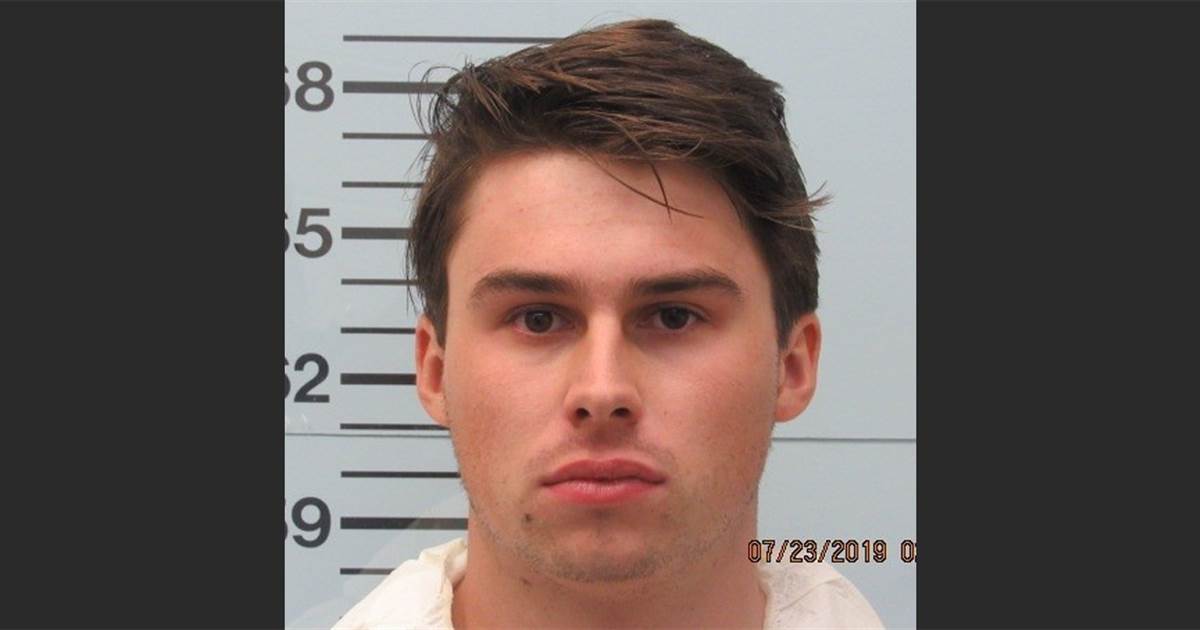 A University of Mississippi student has been arrested in the killing of a fellow student whose body was found Saturday morning. Brandon […] 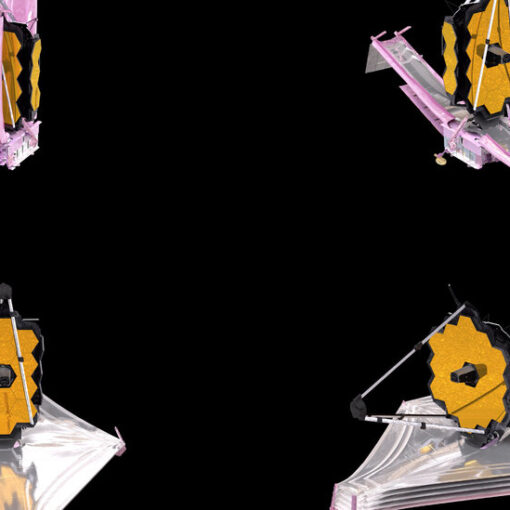