EDINBURGH, Scotland — President Joe Biden heads to a make-or-break global climate summit with one hand tied behind his back, with uncertainty over his ability to push the U.S. to forceful climate action muddying his message that other nations must step up.

For months, Biden made no secret of the fact that he wanted to show up at the U.N. summit in Glasgow with powerful measures signed into law to prove the U.S. was making good on his ambitious pledge to slash emissions. If not a signed law, at least a successful vote in Congress. If not a vote, at least unanimous Democratic support for a deal he could say was “as good as done.”

He will arrive Monday in Scotland with none of the above, as ongoing wrangling within his own party casts a shadow of ambiguity over landmark U.S. climate legislation.

The most Biden can say with certainty is that the United States appears on the verge of making the largest investment in fighting climate change in human history — more than half a trillion dollars.

“We’re not going to go there with any disappointment,” Gina McCarthy, Biden’s national climate adviser, told MSNBC after the White House unveiled its new spending framework Thursday. “He’s going to go there meeting people knowing that the United States is all in again, and that they’re going to have to run to keep up with us.”

It’s a tough sales job for the president to make to wary foreign leaders who for decades have watched U.S. seriousness about climate change see-saw as power has shifted hands in Washington.

Former President Donald Trump’s globally condemned decision to pull the U.S. out of the Paris climate accord is never far from mind. Biden earned early points by acting on his first day in office to restore U.S. participation. But more recently, foreign leaders have been closely tracking the chaotic back-and-forth over the Democrats’ climate-and-spending bill for signs of how credible U.S. promises on climate really are.

Whether Biden can successfully make that case on the global stage could play a major role in the summit, known as COP26, is a success or failure.

“You have China and others questioning the U.S. ability to implement what it committed to and using that as a reason why they shouldn’t be forced to do more than they’ve committed to, because countries like the U.S. talk a game that they’re not delivering,” Alden Meyer, an expert on U.N. climate negotiations at the European think tank E3G, said.

Biden has pledged the U.S. will cut greenhouse gas emissions at least in half by 2035. But whether that can be achieved — and how — depends largely on how the congressional spending fight plays out.

The stakes couldn’t be higher. Scientists broadly agree that failure at this summit would lock the world into failure in its existential fight to limit global warming to 1.5 degrees Celsius. Even Biden’s global climate envoy, John Kerry, has called Glasgow the “last best hope” to prevent catastrophic climate change.

“I think it’s critical to have low expectations from Glasgow, but celebrate any step forward,” said Andrea Zanon, a former World Bank consultant and clean energy investor who’s attended multiple U.N. climate summits in the past. “These events unfortunately are messy. They are very bureaucratic. But the geopolitics of climate have never been so strong.”

For Biden, getting powerful climate legislation through Congress was destined from the start to be arduous, complicated by Democrats’ razor-thin Senate majority that forced his party to pursue a legislative strategy requiring only 50 votes. Under Senate rules, bills that pass under that “budget reconciliation” process are strictly limited to taxing-and-spending, meaning any climate-related provisions had to be carefully tailored to be about dollars and cents.

As Biden headed to Europe, first for the G-20 summit in Rome and then on to Glasgow, Democrats appeared to have largely coalesced around the $1.75 trillion spending plan, which includes a wide array of social spending programs in addition to climate measures. Yet no votes had been taken and it wasn’t entirely clear whether the plan had firm support from a few must-have senators.

The most sweeping step the White House wanted included in the bill was called the Clean Electricity Performance Program, a $150 billion plan to pay electric utilities that switch quickly from fossil fuels to clean sources like wind, solar and nuclear and slap fines on those that don’t. But opposition from Sen. Joe Manchin, D-W.Va., forced Democrats to drop it, the most painful of several climate-related cuts the White House has been forced to make as original ambitions were scaled down.

What Biden did get in what appears to be a near-final deal is money to incentivize cleaner energy – lots of it. The framework includes $555 billion in climate spending — an historic sum — including $300 billion in tax incentives for wind, solar and nuclear, and credits of up to $12,500 for buyers of electric vehicles.

The Biden administration has scrambled to show the U.S. can still credibly meet its emissions-cutting targets even without the original carrot-and-stick plan for electricity, which makes up about one-fourth of U.S. carbon dioxide emissions. Senior administration officials have pointed out that a broader economic shift is already under way, with the price of generating wind and solar power plummeting in recent years and adoption of electric vehicles growing.

The White House has also cited an analysis from the Rhodium Group, an independent research firm, showing the U.S. can still technically achieve a 50 percent reduction if everything else goes according to plan, including individual states taking aggressive action and federal courts allowing new federal regulations.

“The climate crisis is a problem of epic proportions, so this was never going to be one-and-done, this bill passes and we’ve solved the climate crisis,” said Tiernan Sittenfeld, senior vice president of the League of Conservation Voters. “This bill is truly transformational, certainly the biggest thing we’ve ever done on climate and environmental justice by far and it couldn’t come a moment too soon.”

Still, history provides a long list of reasons for foreign nations to be skeptical of big U.S. promises on climate.

Many diplomats attending the Glasgow summit still recall the original U.N. treaty on climate change in 1992, which then-President George H.W. Bush would not support unless its goals were made voluntary. Then came the Kyoto Protocol to commit nations to binding emissions cuts, which the U.S. never ratified under Presidents Bill Clinton and George W. Bush.

U.S. credibility on climate was at a high under Obama, who helped broker the 2015 Paris agreement and introduced a Clean Power Plan to use EPA regulations to force dramatic emissions cuts from U.S. power plants. But the Clean Power Plan never took effect due to court challenges, and Trump in 2017 said the U.S. would quit the Paris deal.

“Symbolically, I think it was really important that one of the first executive orders that President Biden signed was in fact to reenter the Paris agreement,” Sharma said. “I think there is a real commitment on the part of the U.S. to make sure that we deliver.” 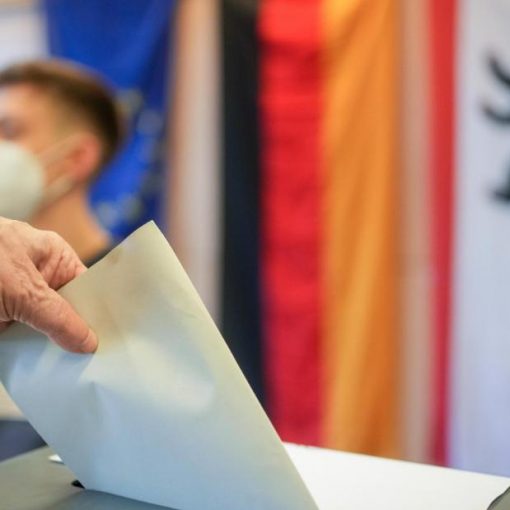 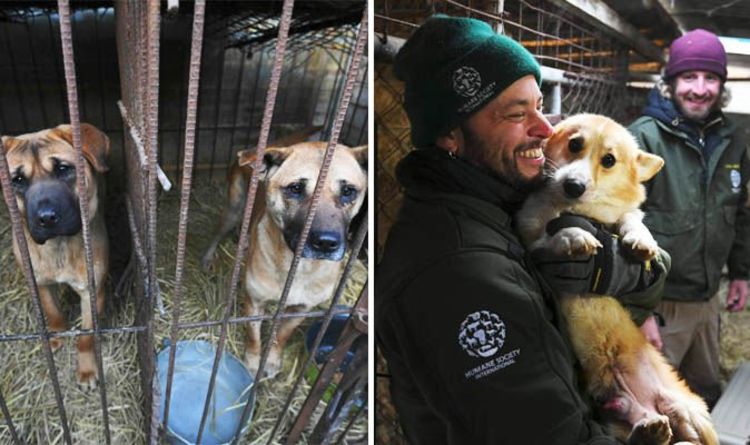 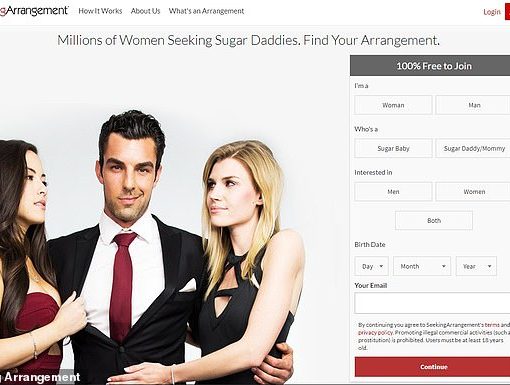 The ‘sugar daddy’ website adored by the rich and powerful – including a disgraced New York Congressman, a hotshot Virginia lawyer and […]