ROME — President Joe Biden will meet with a number of world leaders on Saturday as members of the G-20 debate how to best tackle massive global economic challenges ranging from climate change to the spiking energy prices.

The Group of 20, an annual gathering of international leaders representing the world’s biggest economies, will bring together heads of state for a two-day meeting under the chairmanship of Italy, this year’s hosts.

Member countries combined make up roughly 80 percent of global GDP and 60 percent of the world population, although some of the most populous countries — such as Pakistan and Nigeria — are not part of the G-20.

Here’s what to watch for in Rome.

Who’s there — and who isn’t

This year’s meeting will be the first time the G-20 is convening in-person in more than a year, after the 2020 summit was virtual due to the pandemic.

Still, not everyone is expected to make the trip to Rome.

Russian President Vladimir Putin will not attend in-person due to the ongoing pandemic according to a Kremlin spokesperson, but he will participate via video. Japan’s new prime minister Fumio Kishida is staying home due to the country’s general election on Oct. 31. Mexican President Andrés Manuel López Obrador will also not attend, although he rarely travels outside his country and skipped the 2019 G-20 in Japan.

Chinese President Xi Jinping, who has not left his country since Covid first hit in January 2020, won’t be at the meeting in person due to Covid concerns and will participate virtually. Biden and Xi have said they plan to hold a virtual summit before the end of the year.

Soothing of tensions with European allies

Nine months into his administration, Biden has continued many policies put in place by former President Donald Trump with regard to trade, China, and Afghanistan, and foreign policy analysts say his approach to other issues, including vaccines and national security, retain echoes of Trump’s “America First” mantra.

Biden has undoubtedly departed from Trump on tactics — he does not send tweets threatening war with North Korea, and he has embraced international cooperation on issues like climate change and national defense.

But many of the world leaders he will join at the G-20 are among those who had hoped the policies and political dynamics of the Trump presidency would disappear when he left office and have found themselves disappointed.

“Trump was someone they found difficult to deal with, but there is a realization that some of the same political pressure that pushed Trump to an ‘America First’ stance are making themselves felt on the Biden administration,” said Charles Kupchan, a foreign policy advisor in the Obama administration and senior fellow at the Council on Foreign Relations.

That frustration came to the surface last month, when the French said they were blindsided by an agreement between Australia and the U.S. for nuclear-powered submarines — the type of action French leaders said they would have expected from Trump’s administration, not Biden’s. (Biden met in-person with French President Emmanuel Macron on Friday. Biden acknowledged that what “we did was clumsy,” and said that he “was under the impression France had been informed before.”)

Tensions with European allies had already been growing over Trump-era Covid travel restrictions the Biden administration had kept in place. Allies also said they were left scrambling following the chaotic U.S. withdrawal from Afghanistan, after Biden followed through on the Trump administration’s agreement with the Taliban to withdraw all forces from the country.

“Our European partners very much thought that the Biden administration would be a stabilizing presence after the tumultuous years of the Trump administration and they need America to be that stabilizing force because Europe itself is unstable,” said Heather Conley, director of the Europe, Russia, and Eurasia Program at the Center for Strategic and International Studies.

The White House has pushed back on the narrative of a strained relationship between the U.S. and its closest European partners. National security adviser Jake Sullivan pointed to areas where the U.S. and the European Union have been working together in recent months, like on Covid vaccinations, a global methane pledge, and a trade and technology council.

“After a lot of commentary in recent weeks about the state of the transatlantic relationship, the United States and Europe head into these two summits aligned and united on the major elements of the global agenda,” said Sullivan on Tuesday in briefing with reporters on the meeting.

One of the largest tensions between the Biden administration and a number of leaders attending the summit will be over how to counter China’s rising influence.

Several European leaders have urged the U.S. to de-escalate tensions with China, fearing the tit-for-tat trade war would hurt the global economy and have wider national security implications. Developing countries with increasing financial ties to China have feared having to choose between the two superpowers.

But more than nine months into his administration, Biden has yet to remove any of the hundreds of billions of dollars in tariffs put in place by Trump, though this month the administration said it would allow targeted Chinese imports to be exempt from some of the tariffs. U.S. business groups have criticized the tariffs for driving up costs that are then passed on to consumers.

The Biden administration is also continuing to enforce the China trade agreement brokered by the Trump administration. Biden’s top trade representative, Katherine Tai, accused China of failing to follow through on the pledges made in the deal.

Biden has increasingly made competitiveness with China central to his domestic sales pitch for getting two sweeping spending bills through Congress, citing the need to compete more strongly with China in the areas of clean energy, electric vehicles, and early childhood education.

But the Biden administration has shown more willingness to look for areas to work together with China, like on climate change, and Biden has toned down the anti-China rhetoric of the Trump years.

The urgent need to dramatically cut greenhouse gas emissions will be high on the agenda at the G-20, and will serve as a foundation for the United Nations climate talks, which will be held just days later in Glasgow, Scotland.

G-20 countries account for roughly 80 percent of global emissions and this week’s meeting follows a number of alarming reports warning that the global community has a narrow window of time to take meaningful action on climate change or face catastrophic consequences.

“By definition, the 20 biggest economies of the world are also the biggest polluters,” said Rachel Kyte, dean of The Fletcher School at Tufts University. “If you fly from Rome to Glasgow and you’re not delivering an ambitious plan and you’re a G-20 country, you’re not leading and you will be criticized by other countries.”

Climate experts have been underwhelmed by efforts made so far by G-20 countries to cut emissions and have urged more ambitious goals. While Biden unveiled a new framework for his “Build Back Better” agenda on Thursday that includes $555 billion in new climate initiatives, some have warned that it does not do enough to reach his goal of cutting the country’s greenhouse gas emissions by at least 50 percent by 2030.

Energy prices are surging in the U.S. and in Europe, leading to a sharp increase in the cost of gas and electricity for consumers.

A senior administration official said that there would be major consumers and suppliers of oil at the G-20, and that Biden would use the setting to apply pressure to major oil producers who could be producing more.

“We have a voice and we intend to use it on an issue that is affecting the global economy as much as oil prices are,” the official said.

While the rise of oil and gas is a thorny political issue for many leaders, Biden and other heads of state will have to navigate these conversations without undermining their message on the importance of transitioning the world away from natural gas to renewable energy.

Wealthy countries, including the U.S., have raced to vaccinate their populations, stockpiling vaccine doses and even offering a second or third booster shot as many poorer countries still struggle to get supply.

And while international financial institutions have predicted that wealthy nations will recoup the losses they suffered during the pandemic by 2022, economic recovery in poor countries is projected to take much longer, accelerating the pace of global inequality.

“I am deeply concerned,” said Dr. Tom Frieden, a former head of the Centers for Disease Control and Prevention. “We’re not structured for success in terms of vaccine production. There is too great a risk that the world will fail to meet the needs and as a result not only will many people die who could otherwise be saved, but we have an increased risk of the emergence and spread of even more dangerous variants.”

International organizations had set a goal of vaccinating 40 percent of the population of each country by the end of this year, but it it highly unlikely that that goal will be met. Most G-20 countries have said that this level of inequality is a problem, and pressure will be on them to offer new vaccine and financial commitments to close the gap.

An agreement on the global minimum tax

More than 130 countries earlier this month agreed to a 15 percent minimum global tax on corporations, aimed at ending a race to the bottom on corporate taxation that could keep companies from leaving the U.S. for low-tax countries.

G-20 heads of state are expected to continue to discuss the new rule — which would be the biggest change to the international tax system in decades — and formally agree to it with the hopes of implementing it in 2023.

There are still some details to be worked out — for example, negotiations were briefly stalled earlier this month over disagreements between the U.S. and European countries on digital services taxes — but any movement forward would be significant and a big win for Biden, whose domestic agenda relies in part on revenue that would be raised from the new tax rule.

“It is a signature achievement,” Jeff Dayton-Johnson, dean of the Middlebury Institute of International Studies, said. 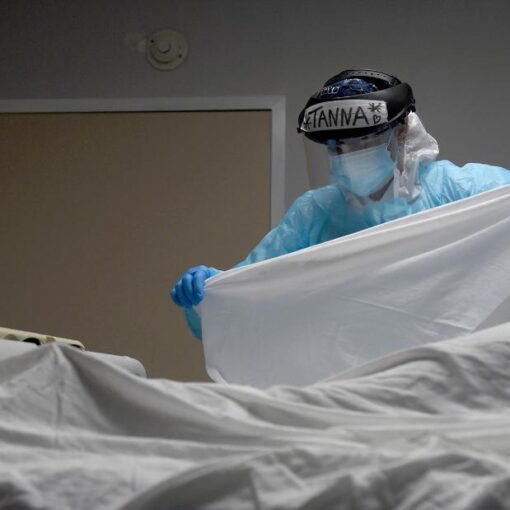 “If you are in a car accident, you’re going to want us to save your life,” said Dr. Brad Spellberg, chief medical […] 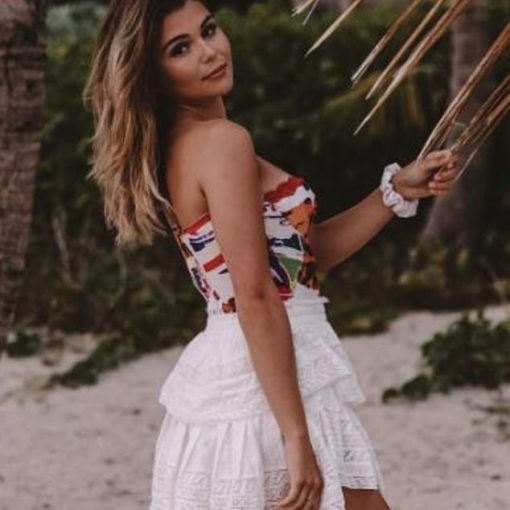 A man is lifting the lid on the many clever tricks used by Instagram influencers to fake their way to fame, revealing […] 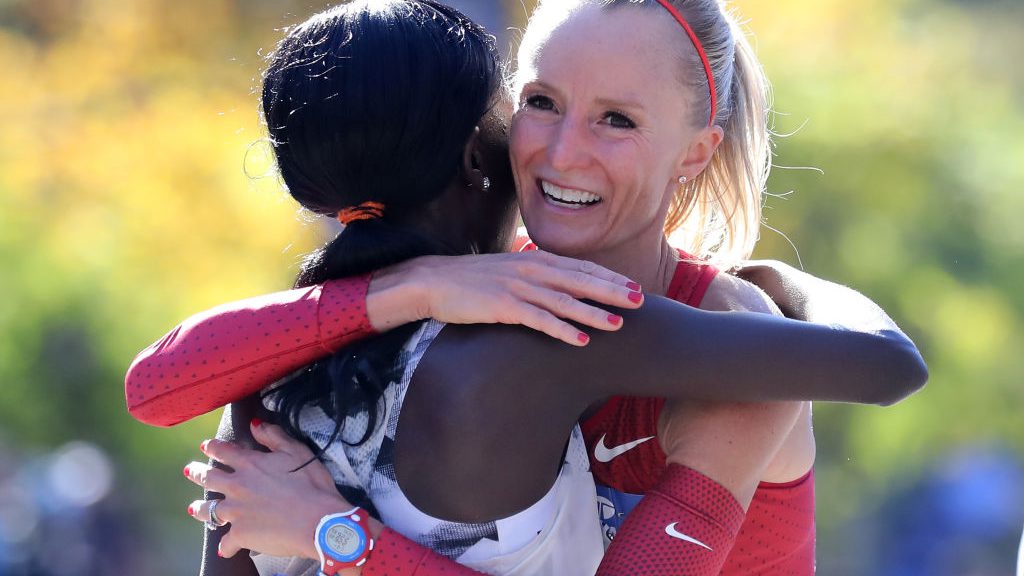 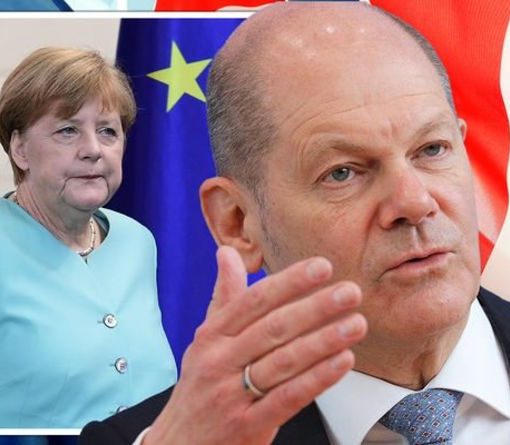 Olaf Scholz, 63, is the front-runner to take over as Germany’s next chancellor as Angela Merkel steps down. His Social Democrats (SPD) […]