At the end of the 1994-95 season, Walter Smith acted on impulse. The Rangers manager navigated his way to the Rome villa of Paul Gascoigne.

“What are you doing here?” asked Gascoigne from a quad bike behind security gates. “I’m here to find out if you’d sign for Rangers,” said Smith. “All right,” replied Gascoigne, before informing Smith that because he was about to head off on holiday, Jimmy Five Bellies and the lads would look after him for the evening.

Landing back in Scotland, Smith had an inquisitive chairman in David Murray. “Well, he said he would come …” said Smith, still unsure about the brevity of negotiations.

Sign Gascoigne did from Lazio, for a club record £4.3m. Brian Laudrup had moved to Ibrox the previous summer. Rangers were an immovable domestic object. Gascoigne’s capture emphasised pulling power beyond Scotland. Smith, then four years on from his appointment, was still at the helm when the club won a record-equalling ninth title in a row.

Smith was one of the most significant figures in Scottish football history. That likewise applies to Rangers, where he was the manager upon collection of 21 honours and assistant for seven more.

As those at Ibrox mourn Smith’s loss, his broader contribution to the game should be celebrated. Smith was an integral part of Jim McLean’s epic success at Dundee United. After the routine embarrassment of the Berti Vogts era, Smith afforded Scotland’s national team respectability again. Smith had been influential in the Scottish Football Association’s youth setup long before putting smiles on the face of the country thanks to a famous win over France at Hampden Park.

When Smith spoke on football his knowledge, experience and statesmanlike approach meant others were wise to listen. He had presence, a wonderfully dry sense of humour and an obvious, old-fashioned decency. You didn’t have to support Rangers to be drawn towards Smith, inherently a fair man.

If McLean was a genius, it says much about Smith that he was the trusted lieutenant. Dundee United, this corner-shop club, were Scottish champions and a European force in the early 1980s. McLean’s earlier pitch to Smith is the stuff of legend. “He said to me one day in 1976-77: ‘At some stage in your career you’ve got to face up to the fact of how good you are,’” Smith said. “’And let’s face it Walter, you’re shite. But I think you’ve got a real talent as a coach, so would you be my coach?’ It was hardly a marriage proposal.”

Made in heaven, though. Against the backdrop of McLean’s tyranny, even Smith’s disciplinarian touch appeared soft. Much later, Smith’s handling of Gascoigne – who was rejuvenated at Rangers – demonstrated man-management skill.

It seems curious now to think what a risk the appointment of Smith by Rangers must have been. Rather than hang around for the conclusion of the 1990-91 campaign, Graeme Souness was told he may as well head for Anfield immediately after Liverpool chose him to replace Kenny Dalglish. Not only was the Rangers job widely courted, the team had a title to win and four matches left. Stepping forward from assistant manager, Smith oversaw a 1-0 grind at St Mirren. Rangers’ final-day victory over Aberdeen secured the flag and the rest is trophy-laden history.

Smith was wonderfully modest. In May 2011, even traditional early leavers refused to depart Ibrox towards the end of a humdrum fixture against Dundee United. Smith was central to an emotional lap of honour after that, his final home game as manager. With grandchildren by his side, Smith appeared bashful at the – wholly legitimate – acclaim. His first act was to thank supporters for hanging around on such an inclement midweek evening.

A few days later, the title was Rangers’ again. There is symmetry but sadness attached to the fact the club only recently collected their first championship since 2011. Steven Gerrard, now the darling of the Rangers faithful, quickly developed a bond with Smith, who delighted in the latest triumph as much as anyone.

If Smith’s first Ibrox tenure delivered recurring glory – and the humbling of the English champions, Leeds, in 1992 – his second highlighted managerial versatility. Smith felt uneasy about walking out on Scotland in 2007 but made it plain there was only one job he would accept.

Rangers, in a rut after the disastrous tenure of Paul Le Guen, turned to what they knew. With bankers hovering, Rangers reached a Uefa Cup final and added eight trophies to their roll of honour. Smith was tactically far more savvy than many gave him credit for. His great admiration for Marcello Lippi was no coincidence in respect of pragmatism.

Given he succeeded Howard Kendall and immediately preceded David Moyes, Smith’s reputation in the eyes of Everton supporters will not reflect the esteem in which he was held by Glasgow’s blue half. Everton, though, were the epitome of dysfunction during Smith’s tenure from 1998-2002. There is no other conclusion to be drawn after Duncan Ferguson met his manager on a flight of main stand stairs, striker duly telling bewildered manager that he had just been sold to Newcastle. Smith’s exit came weeks before Wayne Rooney’s first-team breakthrough.

Smith was among the coffin bearers at the funeral of Tommy Burns in 2008. He had retained Burns as part of his Scotland coaching setup after admiring the attacking nature of the latter’s Celtic teams. The pair were to get on famously; Smith told the story against himself of Burns falling asleep in the back row of a pre-match squad meeting.

Smith was immersed in the Old Firm but there was never any sense of his taking rivalry to a disproportionate point. Smith was a Rangers-supporting electrician, brought up in the east end of Glasgow, who believed you did not have to shout and bawl about football allegiances. When Souness floated the idea of breaking with convention – and a grim, sectarian history – by bringing Mo Johnston to Rangers, Smith was an enthusiastic advocate.

Smith and Alex Ferguson were longtime and close friends. Smith assisted Ferguson at Manchester United for the closing stages of 2003-04 but their bond spanned decades. Smith’s flash of the eyes in reaction to half-baked questions gave a sense of how formidable he could be towards underperforming players but he enjoyed a particularly cordial relationship with newspaper journalists. “Good morning gentlemen” was the standard greeting before lengthy discussion – much off the record – about events of the week. Smith was even known to call up and berate sports editors who he believed aggressive in their treatment of young reporters.

Smith’s life was so intrinsically linked to football that it is hard to imagine his life beyond it. But besides being a dedicated husband to Ethel, father and grandfather, he had business interests, was a self-deprecating frustrated golfer and loved Crosby, Stills & Nash.

Post-management, Smith returned to Ibrox, briefly, as a director and chairman but never appeared comfortable in either role. Watching matches as a supporter appealed far more to the former defender than glad-handing in boardrooms.

He will be sorely missed by all associated with Rangers. Smith’s stature in Scottish football, happily underplayed by the man himself, was such that the sentiment should be more widespread. 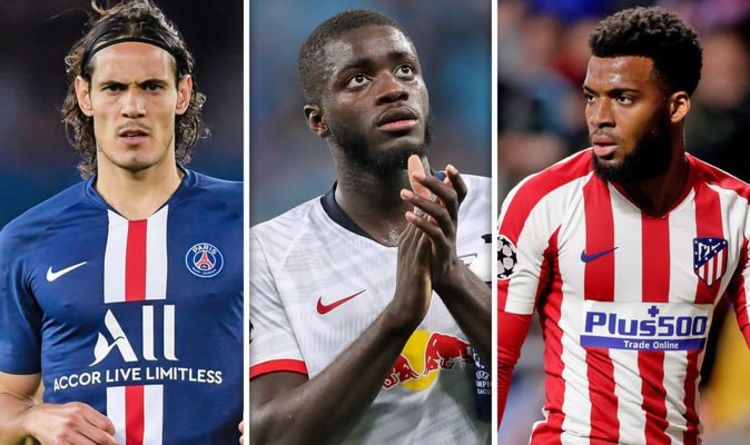 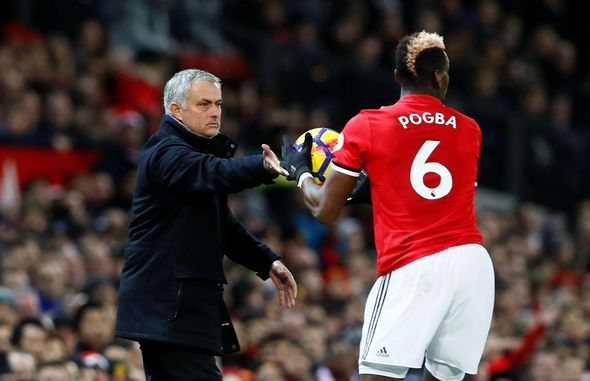 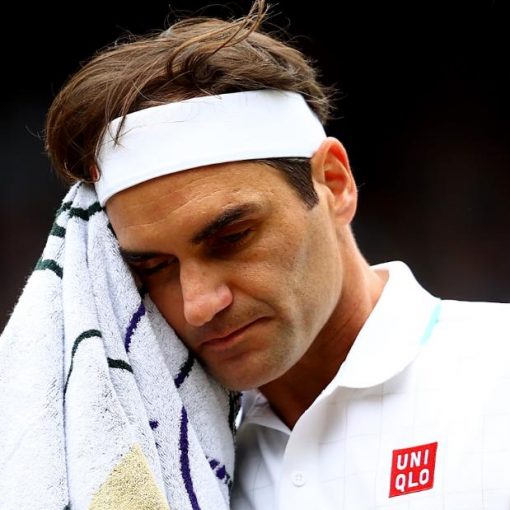 This was the first time that the 24-year-old Polish tennis star had reached the quarterfinals, while Federer was appearing in his 18th. […] 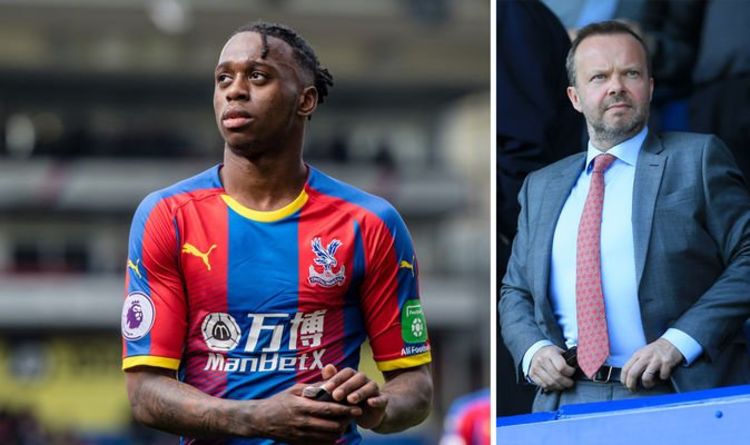 Manchester United have been chasing the Palace defender’s signature since the transfer window opened. The Red Devils have had two offers for […]