The humiliation of Manchester United’s 5-0 defeat to Liverpool on Sunday also exposed a double transfer failing from Ole Gunnar Solskjaer that must be fixed. The Red Devils were dominated by their rivals at Old Trafford and now find themselves eight points behind league leaders Chelsea.

It has been a disastrous two months for Solskjaer and the Red Devils after the season started with such high hopes.

That prompted expectations that the Red Devils could finally win their first trophy since Solskjaer replaced Jose Mourinho.

Those hopes have now come crashing down though, with the defeat to Liverpool exposing just how far United are from challenging for silverware.

A hat-trick from Mohamed Salah, as well as goals from Naby Keita and Diogo Jota, condemned United to their worst defeat yet under Solskjaer’s management.

Amid his ongoing struggles, Sancho did not even make it onto the pitch against Liverpool, instead being left on the bench.

Van de Beek was also left on the bench for the visit of Jurgen Klopp’s men for the seventh successive match in all competitions.

The Dutchman has played just six minutes of Premier League football this season, which appears to be extraordinary considering how poor United’s midfield has been.

Solskjaer seemingly had no plan for how to use either player after bringing them in, which is damning given how United pursued a move for Sancho for two years.

That is not Solskjaer’s only transfer failing though, with the Norwegian also struggling to find a way to get the best out of Ronaldo.

Ronaldo may have started his second United spell with five goals in five games, but he has now gone four Premier League games without scoring.

Those struggles continued against Liverpool, with the Portuguese superstar having just one shot on target.

That failure to have a plan to get the best out of his signings is a problem that must be fixed if Solskjaer is to save his United reign. Tottenham would not want Jose Mourinho as their next manager following his turbulent spell in charge at Manchester United, claims Premier League […] 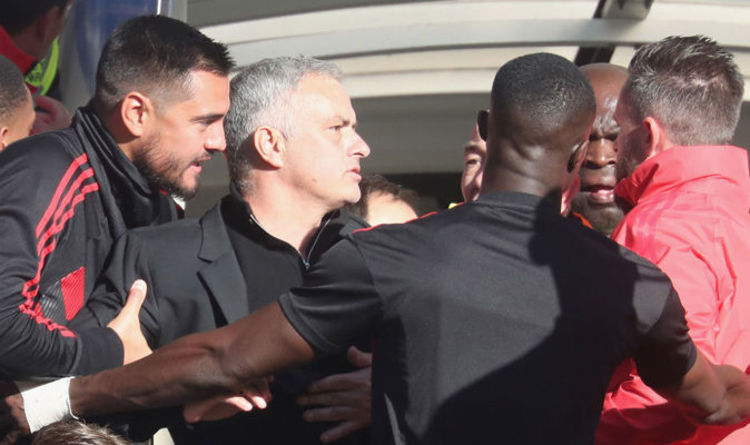 Virat Kohli is in England this summer as the Hundred finally takes flight and Dinesh Karthik, a teammate for the past decade […]