HONG KONG — This royal wedding will be an untypically understated affair.

When Princess Mako of Japan, Emperor Naruhito’s niece and the daughter of his younger brother, Crown Prince Fumihito, weds in Tokyo on Tuesday, there will be no lavish ceremony, and none of the rites traditionally associated with Japanese royal weddings. In another first, she is forgoing the lump-sum payment of about $1.3 million that female royals receive after they lose their imperial status by marrying a commoner.

The reason: public disapproval of her groom, Kei Komuro, 30, a recent law graduate, because of a financial dispute involving his mother. Rather than spend taxpayer money on the wedding, which was delayed for years amid the controversy, the couple are simply registering their marriage at a government office. In the coming weeks, they are expected to quietly leave Japan for a new life in the United States.

The couple’s dramatic exit from royal life has riveted the media in Japan and elsewhere, drawing comparisons to Britain’s Prince Harry and his wife, Meghan Markle. Palace officials said this month that Mako, who turned 30 Saturday, had developed complex post-traumatic stress disorder as a result of being “unable to escape” the attacks on her, Komuro and their families.

Their story has also drawn attention to a looming succession crisis for the Japanese monarchy, which is said to be the oldest in the world. With ascension to the Chrysanthemum Throne restricted to the male bloodline, the family is running low on members — 18 in total. Neither Naruhito’s daughter, Aiko, nor Mako and her sister, Kako, are in line because they are women. Now  the crown’s future rests on the shoulders of Mako’s 15-year-old brother, Prince Hisahito, the only heir of his generation.

Questions about the fate of the imperial family are part of a broader debate about the role of women in Japanese society, said Ken Ruoff, director of the Center for Japanese Studies at Portland State University and author of “Japan’s Imperial House in the Postwar Era, 1945-2019.”

Changes to Japanese law after World War II confined the emperor to a symbolic role and drastically reduced the size of the imperial family, removing 11 of 12 branches. Of the 17 royals  who will be left after Mako departs, five are male, including former Emperor Akihito, 87, who abdicated in 2019, and his younger brother, Prince Hitachi, 85.

The family’s numbers will continue to shrink as more of its female members marry, increasing the burden of royal duties for those who remain.

The Japanese government has tried to address the problem before, with proposals including restoring the royal status of men from the former branches and allowing women to remain in the family after marrying commoners. Polls show a majority of the public supports allowing women or their male children to become emperor, but there is strong opposition among conservatives, and the issue lost its urgency in 2006 with the birth of Hisahito.

“He must be watching this with considerable curiosity,” Ruoff said of the controversy surrounding Mako’s marriage, noting that Hisahito would also have to marry a commoner for lack of any other options.

“This whole recent drama with his older sister is probably not going to help that process,” Ruoff said.

Japan’s postwar constitution enshrined the right for people to marry freely, saying marriage should be “based only on the mutual consent of both sexes,” in contrast to a long tradition of arranged marriages that predated World War II.

“Even if a person is a member of the imperial family, any kind of climate that restricts a person from a free marriage is out of step with the times,” the center-left Japanese newspaper The Mainichi said in an editorial this month.

Mako’s father also cited the constitution in explaining why he approved of the marriage.

“If they are really serious about getting married, I think that as parents, we should respect their feelings,” Fumihito, better known as Prince Akishino, said at a press conference last November.

In a statement last year, Mako said that while not everyone agreed with their relationship, she and Komuro were “irreplaceable” to each other, and that their marriage was “a necessary choice for us to live our lives while carefully protecting our hearts.”

This is not the first time the princess has gone her own way. Rather than Tokyo’s prestigious Gakushuin University, favored by the imperial family and other Japanese elite, she chose to study at International Christian University in Tokyo. It was there that she met Komuro in 2012, at an event for students interested in studying abroad. (Mako was an exchange student in Scotland and later earned a master’s degree in art museum and gallery studies at the University of Leicester in England.)

Their engagement was announced in September 2017, with the wedding set to take place the following year. But then reports emerged of a dispute between Komuro’s mother and her former fiance, who claimed that she owed him more than $35,000. Critics questioned whether Komuro, whose mother raised him on her own, was fit to marry a princess, and the wedding was postponed.

In August 2018, Komuro left for law school at Fordham University in New York. Last month, he returned to Japan for the first time in more than three years, quarantining for two weeks under the country’s pandemic border rules before he and Mako could reunite.

There was further uproar when  he arrived in Japan sporting long hair tied in a ponytail, which critics said was inappropriate for the husband-to-be of a princess. His hairstyle was dissected on the front page of newspapers, photographed from multiple angles.

By Oct. 18, when Komuro met with Mako’s parents, Fumihito and Crown Princess Kiko, at their imperial residence, the ponytail was gone. But public questions persist about the financial dispute, even after Komuro released a 28-page statement in April explaining that his mother had thought the money was a gift and that he would pay to settle it himself.

Takeshi Hara, a professor at the Open University of Japan and an expert on the imperial family, said Mako’s experience echoed those of other female royals. Naruhito’s consort, Empress Masako, a Harvard graduate and a former diplomat, spent years out of public view amid mental health struggles that some attributed to the pressure to produce a male heir. (She and  Naruhito’s only child, Aiko, was born in 2001.)

“I think this has conveyed the image that the imperial family as a system can never make women happy,” Hara told NBC News.

Along with traditional tabloid newspapers, he said, imperial family members also now have to contend with criticism on social media.

“Even if the Imperial Household Agency wanted to regulate it, there’s no way to control it,” Hara said. “One just has to open his or her computer and anyone can see what’s been said.”

In interviews near the Imperial Palace in Tokyo, members of the public expressed irritation with the media coverage and concern for Mako. But they also had criticism.

“I was hoping it would be like a love story in the movies,” said Reina Sakaguchi, a kindergarten employee visiting from the nearby city of Saitama. But after seeing Komuro’s ponytail, she said, “my cheering turned to worry.”

Komuro should be free to do what he wants once they are married and living in the U.S., but in Japan, she said, “he should have looked proper as that is what is normal in Japanese society.”

Sayaka Fujita, 41, who works at an international school, said Mako was being denied the right to live her life like anyone else.

“I feel sorry for her in that respect,” she said. “But she has been living and brought up on public financing, so I can understand why some people would want to have their say.”

Komuro, who graduated in May, is expecting his bar exam results in December and has joined the New York office of the law firm Lowenstein Sandler. (On the day of his marriage, he is also being recognized by the New York State Bar Association’s business law section as the winner of its annual student writing competition.) Mako, who recently left her job as a researcher at a museum at the University of Tokyo, has not said what she plans to do in New York.

But Ruoff said Americans shouldn’t expect the couple to be media fixtures like Harry and Meghan.

“They’re not going to do that,” he said. “They’re just going to disappear.” 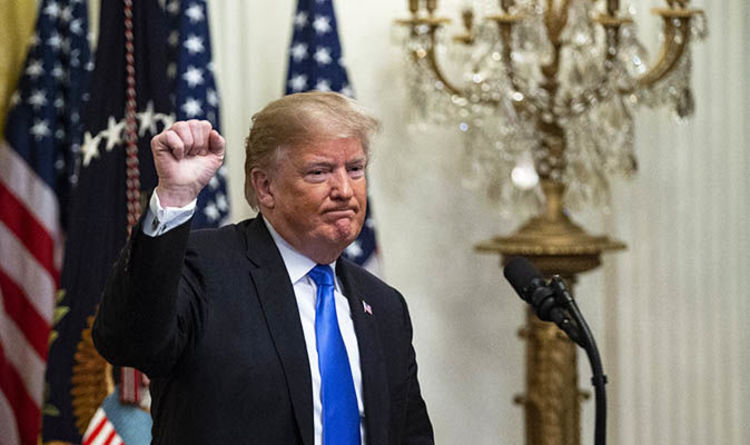 “In an operation lasting almost 10 hours, a team from the warship boarded a suspect in international waters off the coast of […] 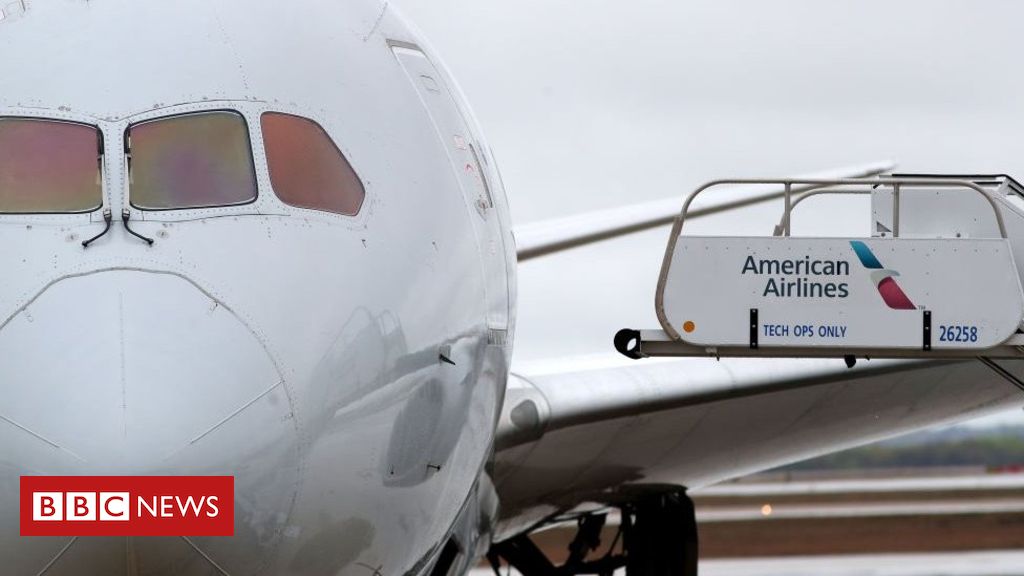 Image copyright Getty Images American Airlines has confirmed it will seek $12bn (£9.7bn) of financial support from the US government because of […] 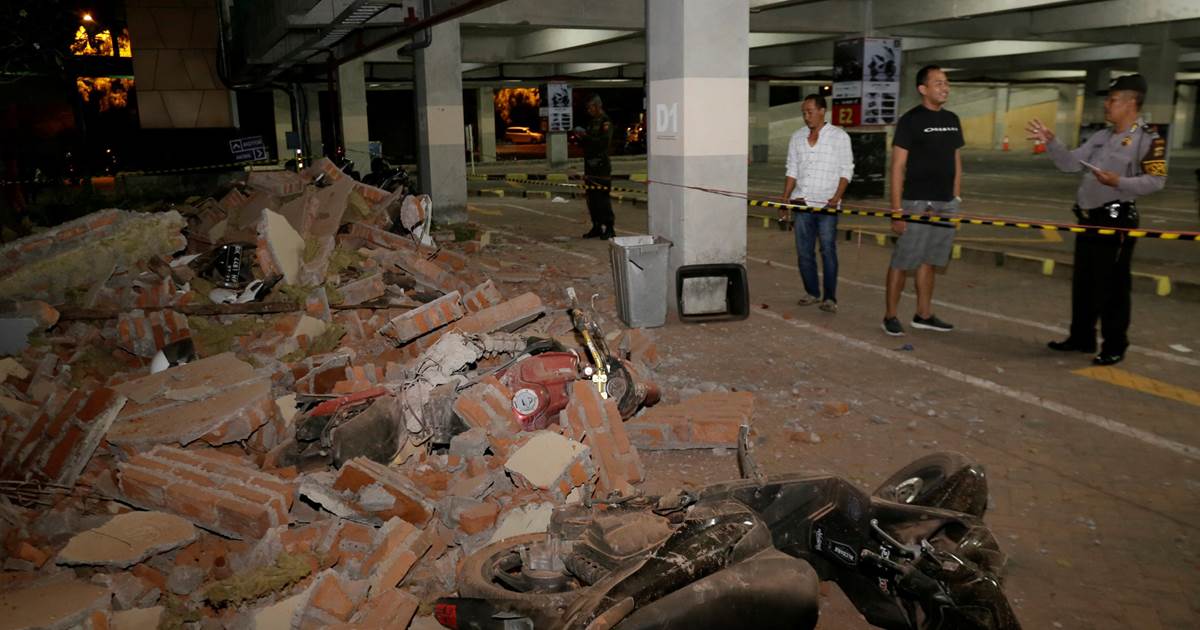