Skip to content
Last week, negotiations to trim back President Joe Biden’s $3.5 trillion Build Back Better economic recovery plan were sent into another tailspin with Manchin indicating his opposition to the framework’s climate linchpin — the Clean Energy Performance Plan (CEPP), which would pay utilities to switch to clean electricity and fine those that don’t. Deficit hawks, like Manchin and fellow moderate Democratic Sen. Kyrsten Sinema of Arizona, however, would be foolish to slash ambitious climate investments in the name of fiscal responsibility as these provisions are necessary to prevent the future fiscal calamity which they seek to avoid.

As anyone with a leaky roof will tell you, making sufficient investments early on is key to avoiding catastrophic costs down the line. Looking at the dollars and cents, it’s clear our failure to advance strategies to eliminate planet-warming carbon emissions — either with carrots like clean energy tax incentives, sticks like carbon pollution standards, or market-based solutions like a carbon fee — isn’t only a future problem but one that’s already costing us trillions.

Since 1980, the US has been hit with 308 weather and climate disasters that have caused more than a billion dollars each in damages, according to the National Oceanic and Atmospheric Association (NOAA). In total, these disasters have cost the American economy more than $2 trillion.
Manchin’s West Virginia has not been spared. The Mountain State is facing one of the top ten largest increases in heat wave days nationwide, putting more than 60,000 vulnerable West Virginians at risk for heat illness or death, and has the highest percentage of homes, businesses, and critical infrastructure, like power stations, roads, and police and fire stations, at substantial risk of being rendered inoperable by flooding.
With each passing decade, the number of disasters in the US crossing the billion-dollar mark has climbed steeply while the total annual cost has grown exponentially. Costs nationwide have ballooned from an average national price tag of $18 billion per year in the 1980s to more than $86 billion per year for the last decade, according to NOAA’s National Centers for Environmental Information. Extreme weather supercharged by climate change — and compounded by increased economic development right in the firing line of hurricanes, wildfires, and floods — is squarely to blame for these trends.
If we fail to make ambitious investments now to transition to a clean, low-carbon economy and make our communities resilient to climate change, damages from climate-fueled disasters are estimated to skyrocket to hundreds of billions of dollars per year. Indeed, we are already knocking on that door. NOAA’s just updated report indicates that in the first nine months of 2021 alone, we’ve already clocked in nearly $105 billion in property and infrastructure damage and over 500 lives lost from 18 disasters, underscoring the urgency to act without delay.
Investing in clean power and transportation also promises huge savings not only by avoiding catastrophic disaster property damages but by protecting the health of American families and our children. Toxic air pollution like soot, mercury, and carcinogenic benzene — emitted from the same fossil fuel sources that are fueling climate change — currently cost the American economy an estimated $800 billion annually in work absences, hospital stays, years of life lost, and premature deaths.

Accelerating the deployment of clean cars and clean power not only saves on avoided costs but also yields a powerful return on investment, making spending on carbon reductions and climate resilience now a darn good deal.

For every dollar spent to avert climate change, an estimated $4-7 is saved in extreme weather damages, according to a National Institute of Building Sciences study. Furthermore, every dollar invested in climate action could save an eye-popping $30 from avoided health costs due to air pollution, according to an Environmental Protection Agency report.
While some may be tempted to point towards the Senate-passed $1 trillion bipartisan infrastructure plan with its many climate and pollution investments — from plugging leaking abandoned oil and gas wells to swapping out diesel-powered school buses for zero-emitting electric ones and building a national system of electric vehicle charging stations — as a job well done, the infrastructure bill only gets the ball rolling.

To truly secure the sound economic future, healthier environment, and safer climate our children deserve, we cannot afford to slash or water down the critical climate and pollution provisions proposed in the budget reconciliation framework.

This includes tax incentives for clean electricity, zero and low emission vehicles, and energy efficient homes and buildings; financing utilities and the power sector to speed up the switch to clean electricity to power clean cars, buildings, and manufacturing; holding the oil and gas industry accountable for fixing methane leaks in gas infrastructure and halting wasteful practices like venting and flaring that spew not only heat-trapping gases but also toxic air pollution; supporting America’s farmers and foresters to adopt ‘climate smart’ practices to store more carbon in soils and forests; and establishing a Civilian Climate Corps to enhance natural climate resilience.
Aggressively acting on climate is not only fiscally responsible on the macroeconomic level but also at the home economic level. The climate investments proposed in the reconciliation plan will create millions of new family-sustaining jobs across the urban to rural spectrum while also lowering household energy bills through increased home energy efficiency and accelerated access to electricity from utility-scale wind and solar, which have overtaken conventional fossil-powered energy as the cheapest sources of electricity when judged on a level playing field without subsidies.
However, with the national debt at the highest level it has been since the end of World War II, making such once-in-a-generation investments understandably may give deficit hawks pause. That’s why a carbon-linked revenue-raiser like a carbon fee currently being discussed in Congress makes for a smart addition to the reconciliation plan.
Operating as a user fee for carbon polluters to pollute, a carbon fee is estimated to bring in up to $2 trillion over 10 years according to the Tax Foundation, effectively covering more than half — to potentially all — of the reconciliation plan’s price tag. Indeed, a National Academies of Sciences’ report released this year named an economy-wide carbon price, like a carbon fee, the most cost-effective and indispensable strategy to achieve a rapid, just, and equitable transition to a net-zero carbon economy that simultaneously unlocks innovation in every corner of the energy economy.

The definition of “fiscal insanity” is doing the same thing over and over again and expecting different results. Allowing billion-dollar disasters to batter our coastlines, burn our forests and family homes, and flood our farms and communities at an ever-increasing rate but continuing to do nothing about it is indeed insane.

Historic climate spending is not only fiscally responsible but necessary to passing a strong and secure economic future on to our children and ensuring they won’t be saddled with trillions of unnecessary and destabilizing future spending.

To avoid the brutal fiscal reality wrought by unchecked carbon emissions and global warming, deficit hawks should cheer ambitious climate action and ensure that the level of climate investment within the current framework survives the reconciliation bill chopping block intact. 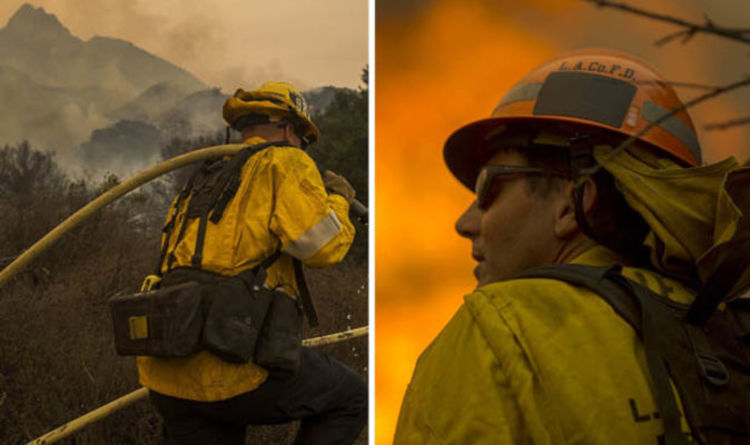 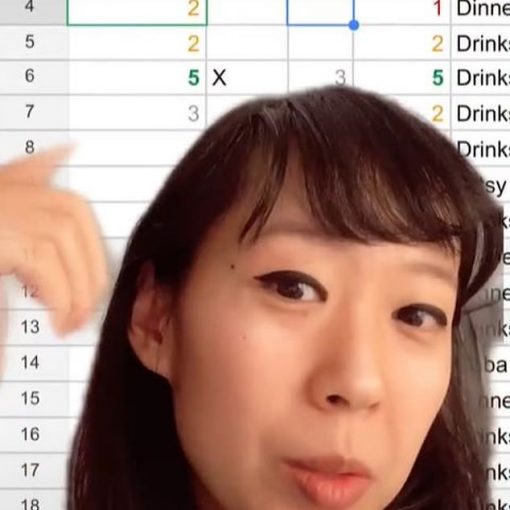 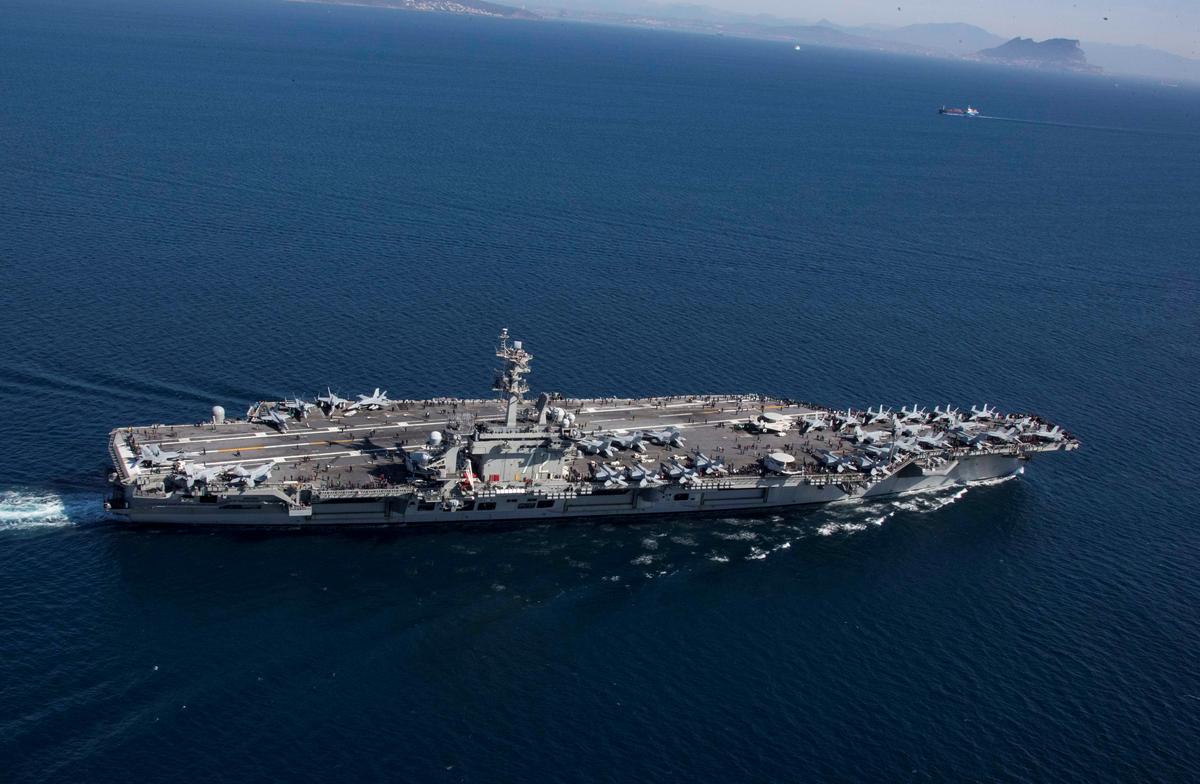 GENEVA (Reuters) – A senior Iranian Revolutionary Guards commander said on Sunday the U.S. military presence in the Gulf used to be […]