Terry McAuliffe, the Democrat running for Virginia governor, has stormed out of an interview with a local news channel, telling the reporter he should have asked ‘better questions.’

ABC affiliate WJLA-TV published in-depth interviews with McAuliffe and Republican candidate Glenn Youngkin on Tuesday, but noted that McAuliffe cut the 20 minute interview short just halfway through after being grilled on topics including the teaching of critical race theory and vaccine mandates.

In the interview recorded last week, a McAuliffe staffer is heard interjecting 10 minutes in to the scheduled 20-minute interview, prompting the candidate to cut short the questioning from reporter Nick Minock.

Terry McAuliffe, the Democrat running for Virginia governor, stormed out of an interview with a local news channel, telling the reporter he should have asked ‘better questions’ 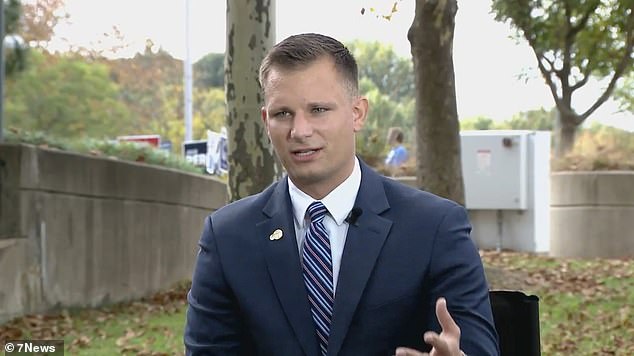 Reporter Nick Minock (above) had promised both candidate an interview of exactly 20 minutes to give them equal time, but McAuliffe cut his interview short and left after just 10 minutes

The station published the full video and transcript of the two interviews on its website, but was compelled to explain to viewers why the Youngkin interview was twice as long.

‘We do want to point out that the Terry McAuliffe interview is shorter than our interview with Glenn Youngkin, that was not by our doing,’ an anchor explained on-air.

‘Nick offered both candidates 20 minutes exactly to be fair, for the interviews. McAuliffe abruptly ended 7 News’ interview after just 10 minutes and told Nick that he should have asked better questions,’ the anchor added.

In the interviews, seasoned reporter Minock is seen questioning both candidates on similar subjects, addressing debates over critical race theory in public schools, vaccine mandates, and crime in his opening questions.

Controversially, McAuliffe blasted a question on critical race theory in schools, claiming it wasn’t being taught in the state, despite notorious school board meetings across the state being besieged by parents angry at divisive racial concepts being pushed on their kids.

He branded the claims about CRT ‘offensive’ and a ‘racist dog whistle’ being used by Youngkin. McAuliffe was also asked about comments he made last week saying that parents should not be telling schools what to teach, and claimed he actually believed that parents should have a voice in their children’s education.

With Youngkin, he went on to pose a series of tough questions to the candidate, asking whether the Republican is an anti-vaxxer, and whether he wants to ban all abortions.

But Youngkin remained for the entirety of the tough grilling, and his campaign seized on the incident, tweeting that McAuliffe had ‘berated a reporter for asking tough questions’. 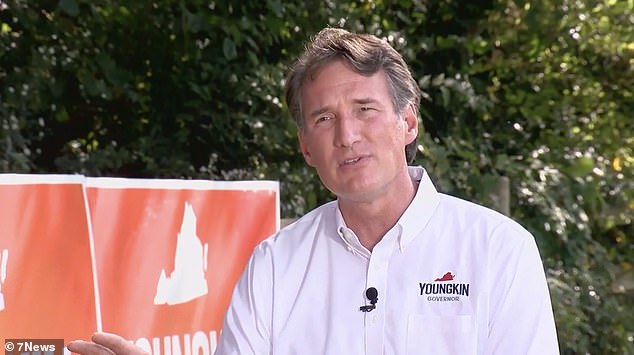 Republican candidate Glenn Youngkin (Above) remained for the entirety of the tough grilling, and his campaign seized on the incident

Representatives for McAuliffe’s campaign and the ABC affiliate station did not immediately respond to inquiries from DailyMail.com late on Tuesday.

Polls show that the gubernatorial contest in Virginia is now extremely tight, despite the state’s increasing tendency to elect Democrats to statewide and federal offices.

With the election set for November 2, the RCP average of recent polls shows McAuliffe leading by just 2.2 percentage points.

McAuliffe previously served as Virginia’s governor from 2014 to 2018, but was barred from running for a consecutive term by the state’s constitution.

Youngkin, the Republican candidate, is a businessman who built a career in private equity, and later founded a non-profit focused on job skills training.

The race is shaping up to be the most closely watched of 2021, with major implications for President Joe Biden’s agenda and next year’s midterms.

A Youngkin win could rattle Democrats uncertain about riding Biden’s political coattails – potentially making them less likely to take risky votes to pass his agenda – and would buoy Republicans heading into the midterms. 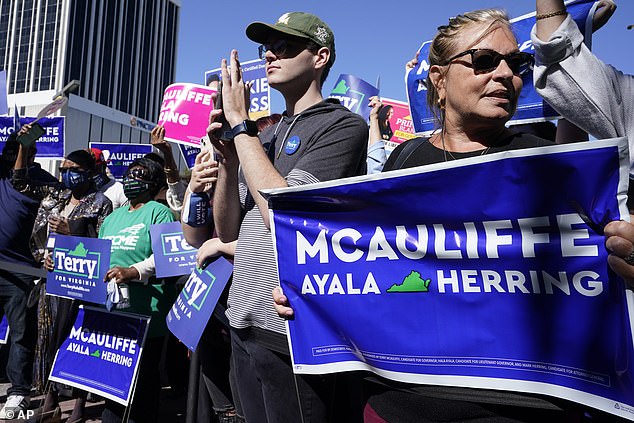 The race is shaping up to be the most closely watched of 2021, with major implications for President Joe Biden’s agenda and next year’s midterms 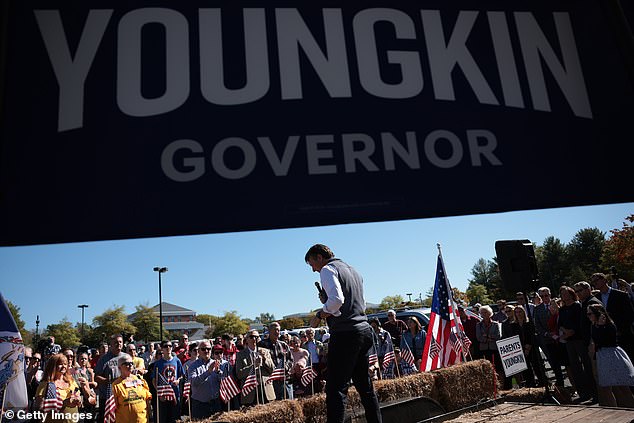 Youngkin needs the support of Donald Trump, the most popular figure in the GOP, but must avoid being tied too closely to someone who is unpopular in much of the state

Both candidates have had to delicately balance their relationships with their party leaders, as they seek support from independents in the swing state.

Youngkin needs the support of Donald Trump, the most popular figure in the GOP, but must avoid being tied too closely to someone who is unpopular in crucial swaths of the state, particularly the suburbs that surround Washington, D.C., and Richmond.

Similarly, McAuliffe has distanced himself from Biden, downplaying the importance of Congress passing the president’s agenda before the Virginia election.

Congress now faces a Halloween deadline to resolve a deadlock between moderates and progressives in the party, and reach a deal to pass a $1 trillion infrastructure bill and $3.5 trillion social and environmental spending package.

Democrats believe that if they can push the package through by the deadline, it will boost McAuliffe’s fortunes in the election just days later.

McAuliffe has been surprisingly public in his criticism of the Biden administration’s legislative strategy, urging Democrats to pass the infrastructure bill before Election Day to give him something to show voters.

White House officials privately expect McAuliffe to emerge with a narrow win and believe they can ignore worries about a smaller-than-expected margin of victory.

But at a campaign stop in the DC suburbs on Tuesday, McAuliffe said he didn’t think voters in Virginia were too concerned about the congressional impasse.

‘What I’m hearing around Virginia is not what’s going on in Washington DC at all. It’s, ‘What are you going to do for my life?” McAuliffe told reporters in McLean, according to Yahoo News. 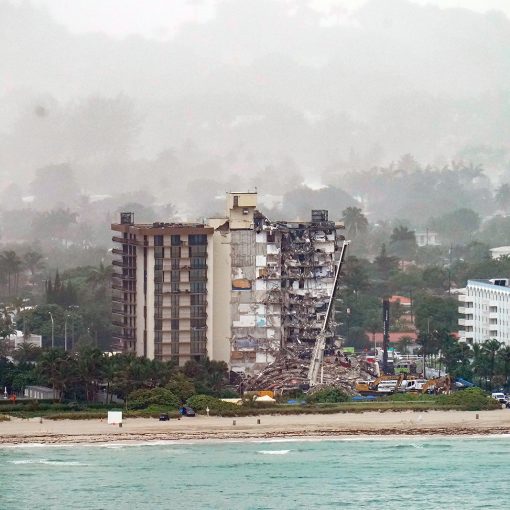 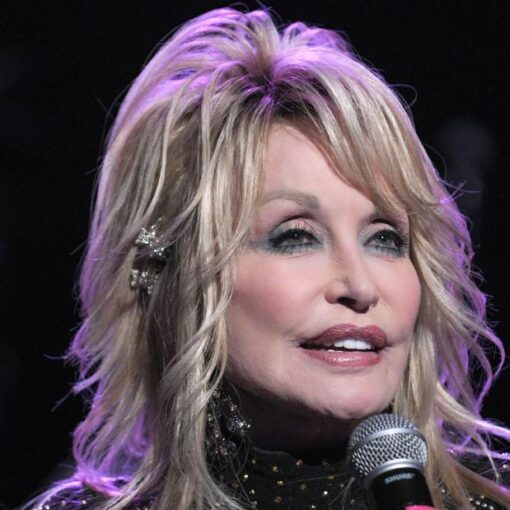 Earlier this week, Tennessee Rep. John Mark Windle proposed erecting a statue of Parton that will sit on the state Capitol grounds […] 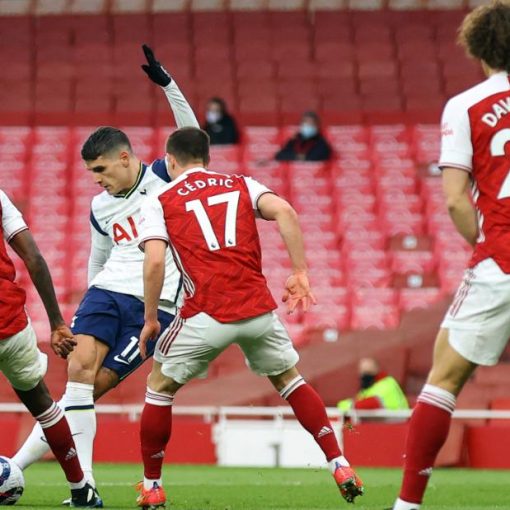 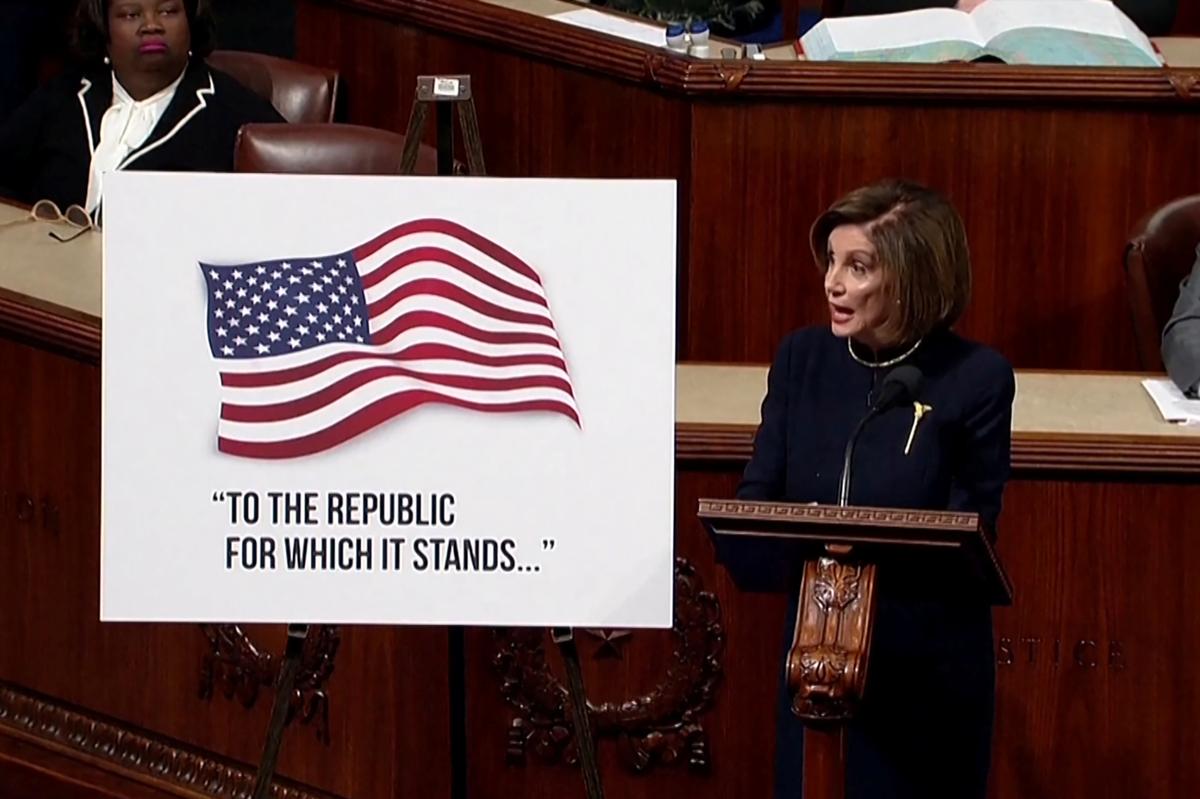