Skip to content
Earlier the same month, Chikwe Ihekweazu, who currently heads the Nigeria Centre for Disease Control (NCDC) was appointed to lead the World Health Organization (WHO) Hub for Pandemic and Epidemic Intelligence in the German capital Berlin, WHO said, with the Nigerian physician on course to assume his new position on November 1.

Some experts assert that this coincidental turn of events underscores the health sector brain drain from Africa.

“They (Nkengasong and Ihekweazu) have seen better offers and they feel it’s better to leave for greener pastures to further their careers,” Okhuaihesuyi told CNN. “Now is not the best time to leave,” he added.

Nkengasong is a decorated Cameroonian-born virologist, who has chaired the Africa CDC since its launch in 2017, and has played a critical role in Africa’s coronavirus response, amplifying the need for “rapid access to vaccines.”
Nigeria’s Ihekweazu, an epidemiologist and public health expert, is famed for strengthening his country’s capacity to tackle infectious diseases and has helped it contain the third wave of Covid-19 infections with tracking and testing efforts.
Ihekweazu’s strides at the NCDC had been commended by WHO.

The emigration of African physicians has continued to rise. In 2015, over 13,000 emigrated to the US alone, representing a 27 percent increase over the course of the previous decade, one study found.
Recent data is scarce, but a November 2020 report by the African Union (AU) said that despite the risks of frontline work during the pandemic — migration to high-income countries remains attractive to health workers from Africa due to “better working conditions, including renumeration and workload.”

Many high-income countries were relaxing visa and immigration requirements for health workers in order to meet that demand, the AU said.

“Without the right policies in place, tackling the brain drain from Africa will become an even more challenging endeavour, inevitably leading to an increase in global inequality and neglect of already inadequate health systems.”

The medical brain drain already comes at a great cost for Africa, which, according to pre-pandemic WHO figures, only has access to 3 percent of the world’s health workers despite suffering “more than 22 percent of the global burden of disease.”

“Nothing to worry about”

Africa is fighting off new strains of the coronavirus, and vaccination against the disease has been slow in the continent, where only 60 million of its more than 1 billion people have received a full course of the vaccine.

Nkengasong’s imminent exit from the Africa CDC has fueled concerns about the sustainability of the institution’s Covid-19 action plan.

Nkengasong, however, told CNN there was nothing to worry about.

“Africa CDC has a very strong leadership in place,” he said. “So, I am not at all worried. The organization is rock solid.”

On his part, Nigeria’s Ihekweazu told CNN he had built the NCDC to “outlive any single leader.”

“In the last five years, we have built structures, systems, and people at NCDC with the vision that these will outlive any single leader,” he said. “I am very proud of the work we have done and confident that the 500 members of staff who have led this journey will sustain this beyond my time as Director General,” Ihekweazu added.

Reacting to comments that his move to the WHO’s $100 million Pandemic Hub worsens Africa’s medical brain drain, Ihekweazu argued: “I think that my move to WHO strengthens Africa’s position in the world!”

According to WHO, the hub, which is funded by the German government, was established “to better prepare and protect the world from global disease threats,” and will play key roles in helping “to detect new events with pandemic potential and to monitor disease control measures on a real-time basis.”

Ihekweazu told CNN that beyond his work in Nigeria, he is” strongly committed to seeing African countries grow from being just participants in the consumption of vaccines and other technologies to participants in the basic science and research that leads to them.”

He added: “I believe that my new role at the WHO Pandemic Hub provides an opportunity to contribute to this growth process for Nigeria and the African region — working closely with other colleagues.”

Other gains for Africa

Malawi’s secretary for health, Charles Mwansambo, told CNN that Nkengasong and Ihekweazu’s move to “strategic positions” will be beneficial to Africa.

“We need to start looking at these movements positively because they are good for the continent. The more Africans are in strategic positions, the better Africa will be served,” he said, adding that Nkengasong’s new role at PEPFAR would be crucial to Africa’s HIV/AIDS response.

“Though Covid is here with us, there are other conditions like HIV that have been with us for some time. So, getting an African there [at PEPFAR] will make a whole difference to the fight against HIV/AIDS on the continent… PEPFAR has some great influence in the fight against HIV/AIDS in Africa, especially Malawi which is a major beneficiary. It’s the right move for the continent,” Mwansambo said.

Described as the “largest commitment by any nation to address a single disease in history,” PEPFAR was established in 2003 as part of the US global AIDS response to prevent millions of HIV infections and nip the epidemic in the bud. More than $85 billion has been invested by the US government in tackling HIV/AIDS around the world.

Nkengasong would potentially fill the leadership vacuum at PEPFAR, which has been without a leader for nearly two years.

Steve Ahuka, an incident manager for the Democratic Republic of Congo’s Covid-19 response, told CNN that he hopes Nkengasong and Ihekweazu’s successors will be as passionate as their predecessors in the fight against infectious diseases.

“Though we will prefer to have them [Nkengasong and Ihekweazu] during this moment when the African continent is facing Covid-19 crisis, the battle against infectious diseases is done as a team… I hope Nkengasong and Ihekweazu have built a strong team in Nigeria and the Africa CDC, and their successors will continue the work to fight the Covid crisis,” Ahuka said.

Githinji Gitahi, a member of the Africa CDC’s governing board, told CNN that Nkengasong “will be difficult to replace.”

“Nkengasong has built a formidable reputation for the Africa CDC and attracted partners and resources that have enabled it to achieve its mandate of coordination of disease surveillance and response. He will be greatly missed,” he said.

Gitahi wants regional centers of the Africa CDC to be strengthened so that the power of the parent organization is devolved.

However, he said it was important that Nkengasong and Ihekweazu were moving to institutions “that have a huge impact on the health of African people and their health security.”

A spokesman for Uganda’s health ministry, Ainebyoona Emmanuel, told CNN Nkengasong and Ihekweazu’s exit from the continent “is not a brain drain, but rather African leaders advancing to global leaders.” 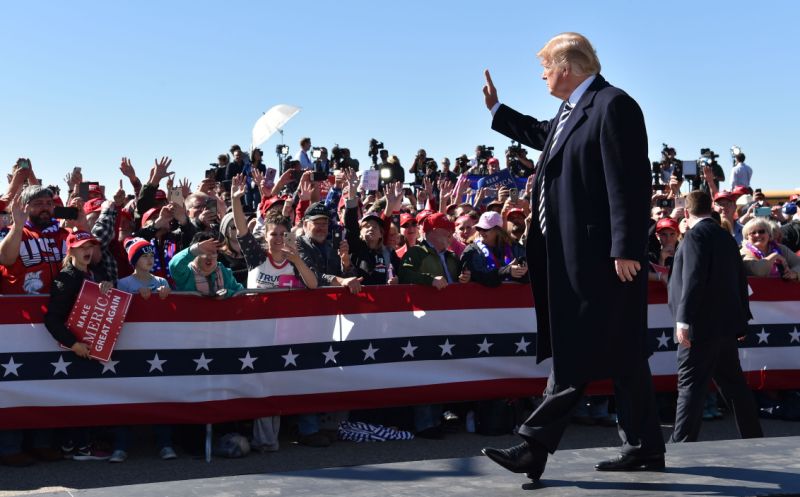 The logo of Amazon is seen at the company logistics centre in Boves, France, August 8, 2018. REUTERS/Pascal Rossignol Amazon.com Inc (AMZN.O) […] 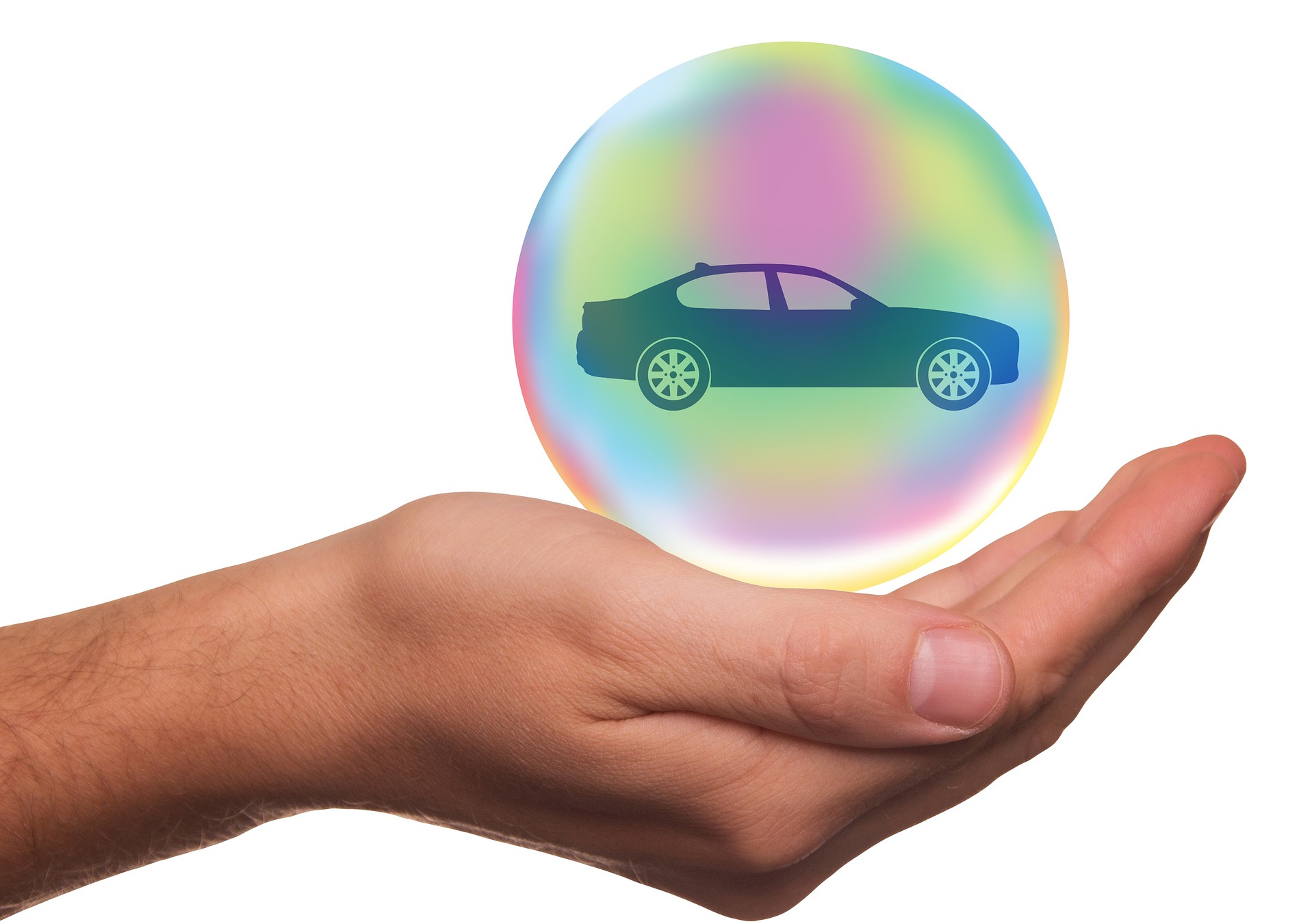 All car owners are supposed to insure their vehicles. It’s of huge importance because car accidents happen every minute all around the […]