Steven Gerrard: The Rangers boss has been named as a potential successor to Steve Bruce at Newcastle United and ahead of his side’s top of the table encounter with Hearts at Ibrox tomorrow, he admitted that, like the rest of us, he is looking on at the situation at Newcastle with interest but refused to be drawn on speculation linking him with Bruce’s job.

“I don’t really react, or get involved in any kind of speculation, especially when there is someone who I have the utmost respect for sitting in that job, that the speculation is about,” he said.

“For me, I am in a very big job and a very big role here that I am very much fully focused on. We have got a top of the table clash at the weekend and it’s a game I’m very much looking forward to.

“I’ve certainly got one eye on Newcastle, in terms of watching Brucey get his 1000th game. He’s a great character of the game, someone who I’ve got a personal relationship with, and have the utmost respect for. I’ve really looking forward to seeing him get his 1000th game. I think it’s a mammoth achievement.”

Manchester City v Burnley: Third from bottom of the table and still looking for their first win of the season, Burnley will do well to get it when they travel to the Etihad to take on Manchester City tomorrow. Burnley have conceded 18 goals and scored none on their last four visits to the champions. THey’ve been gubbed 5-0 on each of their past three visits.

“They’re a top side,” said Sean Dyche ahead of tomorrow’s game. “Top manager and top group of players. They’ve spent a lot of money but very wisely in my opinion with some top talents and then moulded it into a very good unit.

“These are very tough challenges. But we have beaten them, we’ve drawn against them. We won at Liverpool last year, we won at Arsenal. Things can change but statistically it’s very tough.”

In summer signing Maxwel Cornet, Burnley do have a player who has scored four goals in three games against Pep Guardiola’s men while playing for Lyon. The winger has been out with a hamstring injury but could return this weekend.

“Other than the true match fitness, which usually finishes off with playing, we’re hoping he’s fit and well and ready to go,” said Dyche. “He’s got a nice attacking threat, which is obviously why we brought him to the club and the scouts promoted the idea of bringing him to the club. Good all round early doors.

“He’s getting better with his English, he’s adapting, his manner’s really good, he’s got a nice smile on his face, he wants to play. So far I’ve been impressed by him, not just his abilities. I don’t think Pep will be that worried about Burnley but he’s never lacked respect of what we’re trying to achieve.”

Burnley skipper Ben Mee is unavailable after testing positive for coronavirus so Nathan Collins could start, while summer signing Connor Roberts is in contention for the first time. Matej Vydra and Charlie Taylor are doubts.

Maxwel Cornet has scored four goal in three games against Manchester City, which is four more than his new club have scored in their past four games against the champions. Photograph: Ryan Crockett/JMP/REX/Shutterstock

Fifa assists in evacuation from Afghanistan

Women’s football: Fifa has assisted in the evacuation of almost 100 refugees from Afghanistan. The group, made up mainly of women and girls, includes players and coaches from the country’s women’s national football team.

All those evacuated were individuals deemed to be at the “highest risk” in a country which has been under the control of the Taliban since August. The refugees left the cvountry yesterday.

Football’s world governing body said it had received assistance in the evacuation effort from the government of Qatar, the country which will host next year’s men’s World Cup.

“Fifa would like to express its sincere thanks to the government of Qatar for its support facilitating extensive discussions and for ensuring the safe passage of these individuals, deemed to have been at the highest risk, on to a Qatar Airways charter flight from Kabul, Afghanistan to Doha, Qatar,” they said in a statement.

“The Fifa leadership has been closely co-ordinating with the government of Qatar since August on the evacuation of the group, and will continue to work closely on the safe evacuation of further members of the sporting family in the future.”

Taliban officials were quoted last month saying women and girls would be banned from playing sport, saying it was “not necessary”. Afghanistan’s women’s team withdrew from Asian Cup qualification in Tajikistan last month.

Performance in the Asian Cup finals will dictate which teams from the continent qualify for the 2023 Women’s World Cup in Australia and New Zealand. Female players from around the world, including Chelsea’s Norway international Maren Mjelde, are contributing to a fund established by world players’ union Fifpro to support footballers evacuated from Afghanistan.

In light of this news, it’s worth revisiting this sensational article written by our own Suzanne Wrack about the dedicated crew of people who helped the women’s national football team and others to flee the Taliban over two remarkable weeks back in August.

‘This is our final’: the team who led athletes’ escape from Afghanistan | Suzanne Wrack

Big news: Ben White has let it be known that prefers to be known as “Benjamin”. In an interview with Sky Sports News, the Arsenal defender joked “you can call me whatever you want, I just might not reply. My name is actually Benjamin”.

The 24-year-old, who moved to Arsenal from Brighton during the summer, also admitted that he doesn’t watch a huge amount of football in his spare time. “Football is so intense,” he said. “You come in every day giving 100 per cent. All I want to do is go home and not think about it, then come in in the morning fresh and ready to give 100 per cent again. I watch myself for analytical reasons. I watch England, maybe, but I’m always busy doing something. I wouldn’t just sit down and watch a game.”

Southampton v Leeds United: He played every minute of every top flight game Southampton contested last season, but James Ward-Prowse will be a conspicuous absentee when Southampton line up against Leeds tomorrow.

The Saints skipper is suspended following his deserved but somewhat unfortunate red card in defeat at Chelsea prior to the international break so Ibrahima Diallo is likely to get a rare start in midfield.

On-loan Chelsea forward Armando Broja will return to contention having been ineligible to play against his parent club, but striker Che Adams will miss out after suffering a muscle injury while on international duty with Scotland.

Leeds head coach Marcelo Bielsa has not ruled out winger Raphinha, who scored twice for Brazil in their 4-1 win over Urugay on his first start for his country in the early hours of this morning. Leeds will be without striker Patrick Bamford, who remains sidelined with an ankle injury. Kalvin Phillips will be assessed after withdrawing from the England squad last week due to a calf strain.

Raphina is hotfooting it back to Southampton to join up with his Leeds teammates after scoring twice for Brazil against Uruguay in the early hours of this morning. Photograph: Paul Currie/REX/Shutterstock

Norwich City v Brighton: Graham Potter has warned his players against complacency following their strong start to the season. Brighton are sixth in the top flight after taking 14 points from a possible 21 and have lost just one game to date.

“We’ve only played seven matches and it’s not like we’ve been the incredibly dominant team and deserved to win all the games,” said Potter. “The margins have been quite tight, they’ve gone in our favour this time. A lot of the time last year they didn’t.

“We were down the bottom of the league and fighting relegation so you’ve just got to keep working. In terms of our performance level, the players have been consistent over a period of time and, as is often the case in football, sometimes you get the rub of the green and sometimes you don’t.

“You have to deal with those two sides of the coin in the same way, not think you’ve cracked it when it’s going your way and not think it’s the end of the world when it goes the opposite way.”

Graham Potter has stressed that his players should treat the twin imposters of triumph and disaster the same. Photograph: John Walton/PA

Leicester City v Manchester United: “Ole Gunnar Solskjær is the touchline Mr Nice Guy whose breezy demeanour may be counterproductive,” writes Jamie Jackson. “To find a sighting of the manager scolding a Manchester United player is akin to a search for Lord Lucan: it could take some time.” Read on …

Something for the weekend …

The international break is over, the players are back at their respective clubs and the Premier League is ready to crank back into life.

Steve Bruce has defied the expectations of many – himself included, one suspects – by remaining in situ under Newcastle’s new owners and looks certain to take charge for his milestone 1,000th game in management when his side host Tottenham Hotspur on Sunday afternoon.

We’ll hear from Steve and lots of other top flight managers ahead of the weekend’s action, while bringing you any other news and talking points that happen to present themselves as the day unfolds. 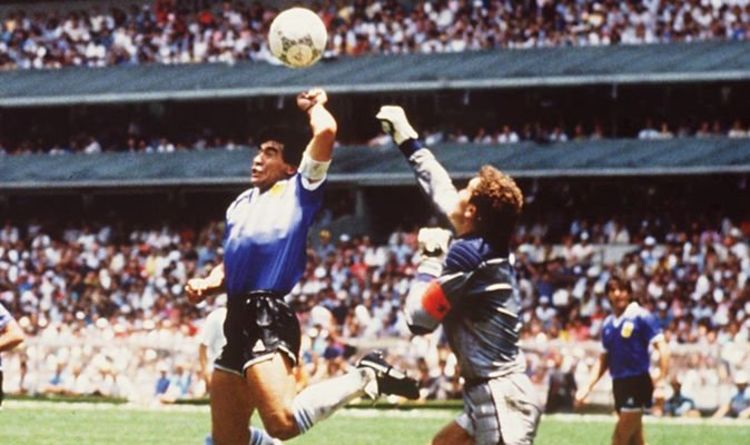 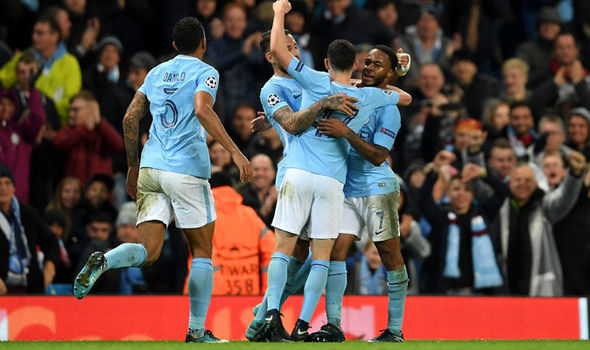 Because they need to be rewritten by the week. Pep Guardiola’s side could set a record today. Another one. They have won […] 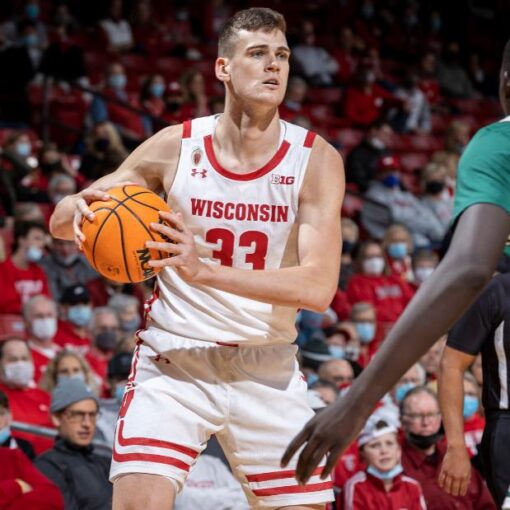 “I was just stunned,” Vogt told CNN Sports of seeing the extensive damage caused by the tornadoes that struck his home state […]