The little girl appeared to be sleeping in her uncle’s arms when the guard rushed them through the crowded waiting area, and into the consultation room. A health care worker stepped away from the patient he had been attending to and checked the child’s vital signs. “She’s already dead,” he said quietly.

Four-year-old Atony had been sick for days but it wasn’t until the previous night that she developed a fever and stomach aches. She lived in a remote village in the northwest corner of South Sudan with her grandmother. Her parents worked in Aweil, the state’s capital. So, Atony’s grandmother had arranged a motorcycle taxi to take them to the health care center that she had heard was open and might be providing free treatment and medication. By the time they got there, it was too late for Atony.

This might sound like a heartbreaking story from one of the places hardest-hit by the Covid19 pandemic, but it isn’t. This is a story about malaria, an infectious disease that kills about 500,000 people each year; more than half are children under the age of five.

Last week, the World Health Organization (WHO) approved the first-ever malaria vaccine for widespread use.

Known as RTS,S, or Mosquirix, and developed by the UK pharmaceutical firm GlaxoSmithKline, the vaccine works against Plasmodium falciparum, the deadliest of the five known malaria variants, and the most prevalent in Africa. Additionally, it’s the first vaccine to target a parasitic disease, potentially spearheading the development of a whole new class of vaccines. Tedros Adhanom Ghebreyesus, WHO’s director-general, dubbed it “a breakthrough for science, child health and malaria control.”

While this is promising news, questions about production, funding and distribution will need to be addressed, and other preventative measures will still be needed. As Ghebreyesus said: “Using this vaccine in addition to other tools to prevent malaria could save tens of thousands of children’s lives each year.”

The malaria vaccine did not generate nearly as much fanfare as the advent of the Covid19 vaccine earlier this year. And yet, in sub-Saharan Africa, where 94% of malaria cases occur, the vaccine could change the fabric of society.

In 2015, malaria hit South Sudan hardest. That year, 2.28 million cases of malaria were reported in South Sudan, and according to Doctors Without Borders, malaria killed more people than bullets, a startling statement given the country is host to one of the deadliest conflicts in the world.

That October, I traveled with Doctors Without Borders to Northern Bahr el Ghazal, the poorest state in the remote northwest corner of the country, to document the epidemic.

Two years after gaining independence in 2011, South Sudan had descended into civil war due to a fallout between President Salva Kiir and Vice President Riek Machar. The war pitted Kiir’s ethnic Dinka group against Machar’s ethnic Nuer. By the time a fragile peace agreement was reached in 2018, an estimated 400,000 people were killed and 4 million – a third of the country’s population – were displaced, resulting in the biggest refugee crisis in Africa since the Rwandan genocide of 1994.

I had just been in Bentiu, a camp for people displaced by the war with a population so large that it qualified as the second biggest city in South Sudan, where survivors recounted massacres, gang rapes, torture, and countless horrifying atrocities. And yet, when I arrived to Aweil, the quiet capital of Northern Bahr el Ghazar state, I was equally shocked by what I witnessed. Here there was no war, but everywhere I turned, I encountered suffering and death. The killer was a silent one – malaria.

Unsurprisingly, the disease was spreading across a territory dotted with swamps, the perfect breeding ground for mosquitoes; malaria infects a person when he or she is bitten by a mosquito that is carrying the Plasmodium parasite. Also of concern was that the entire state, home to 1.2 million people, had only one full-service hospital, a facility in Aweil run by Doctors Without Borders in conjunction with South Sudan’s Ministry of Health.

Malaria cases had filled all of the hospital beds, so the hallways were now lined with patients on mattresses placed on the floor. Once outside of the capital, nearly every other person I spotted on the side of the road was carrying a relative – often a child – who had fallen ill, and was rushing to get them medical attention.

Most government-run health care centers were closed for lack of staff qualified to administer treatment for malaria or for lack of medicines, and private clinics were prohibitively expensive for the average local. Often, by the time an infected person was delivered to proper medical care, it was too late. The malaria surge, coupled with drug shortages, the lack of adequate and accessible health care, and lack of prevention were painfully apparent.

At a government-run health care center in the town of Aquem, patients lay on mattresses or sheets outside on the ground, with IVs hanging from trees. There weren’t enough beds in the wards, and with temperatures into the high 90s and even 100 degrees Fahrenheit during the day, it was stiflingly hot inside the building.

Back at the health care center where Atony had been brought, I again came upon her grandmother.

She was sitting on a bench in the health care center waiting area, looking down at the lifeless little girl across her lap in disbelief, clasping her tiny leg from time to time, as if to check if warmth had somehow returned. 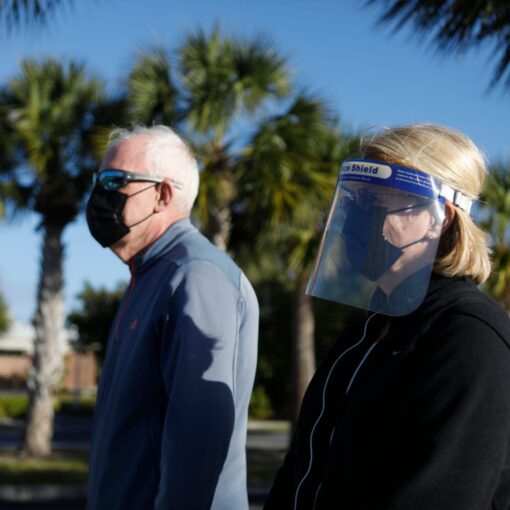 Seniors and first responders wait in line to receive a COVID-19 vaccine at the Lakes Regional Library on December 30, 2020 in […] 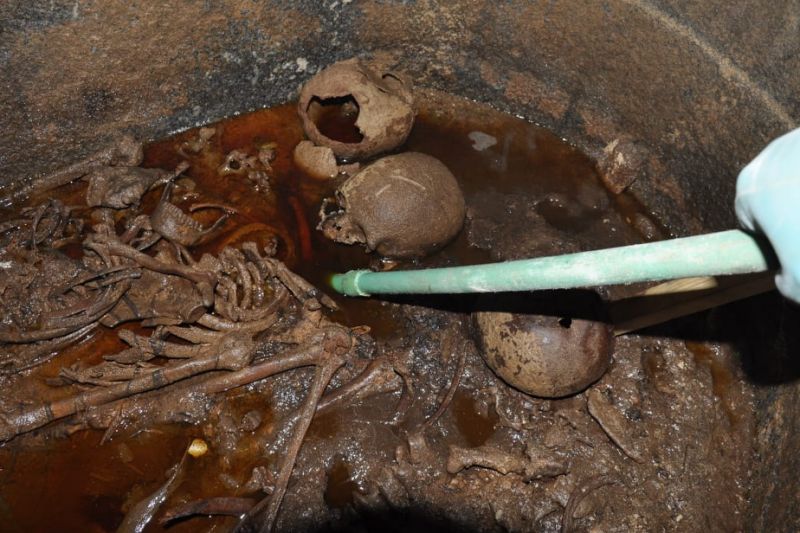 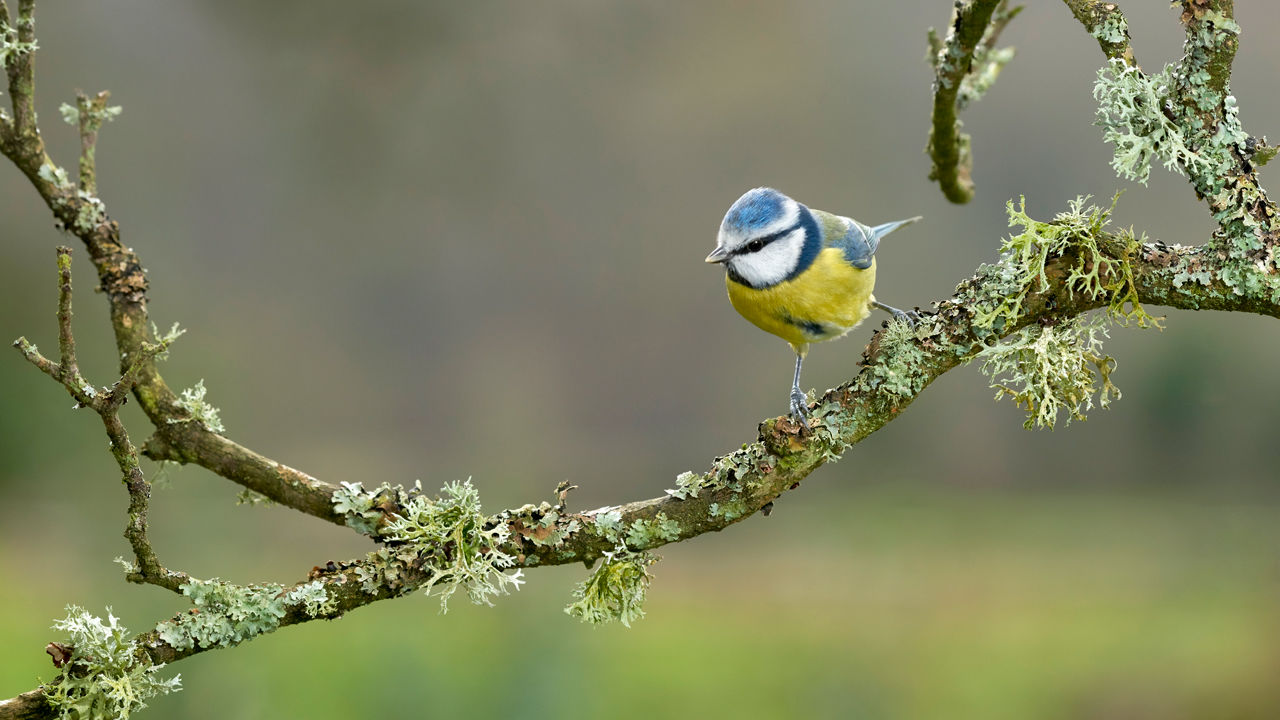 Flaws in studies about bluetit plumage motivated a push for more rigor in ecology. NHPA/PHOTOSHOT/SCIENCE SOURCE By Cathleen O’GradyDec. 9, 2020 , […] 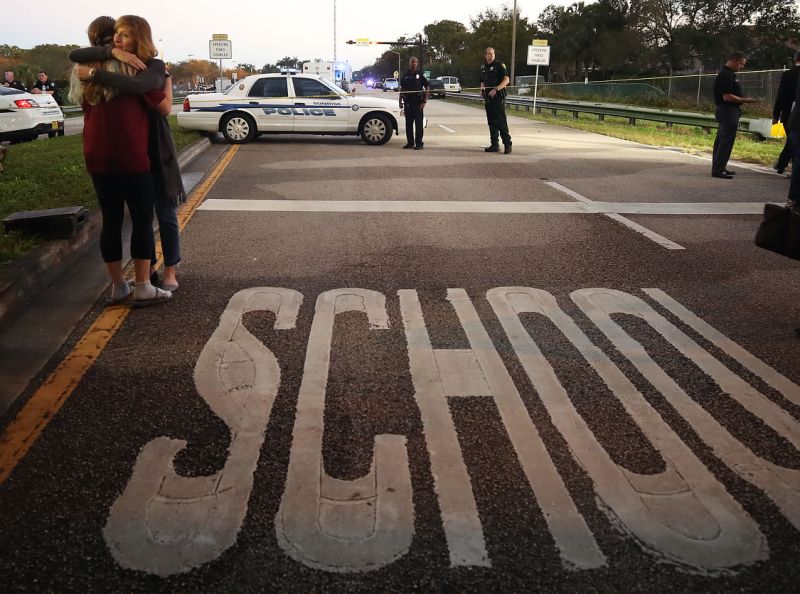 Students and teachers responded as trained when the fire alarm sounded, streaming out of the school toward exits only to run into […]