Ingmar Bergman’s original Scenes from a Marriage miniseries, released in 1973, was blamed for a spike in divorce rates. Whether this was factually true or just felt true enough, it was a recognition of the acuity of Bergman’s depiction of a disintegrating union. Indeed, his series – brought to life by an anguished Liv Ullmann and Erland Josephson – has gone on to influence many films and television dramas that have since examined the same subject.

It is possible that the new reworking (under the same name) by Hagai Levi (and his collaborator Amy Herzog who co-wrote two of the five episodes) will have the same effect on a pandemic population who have been cooped up with partners for far too long. This take on Scenes from a Marriage (Sky Atlantic) is relentlessly intimate, focusing almost wholly on the one fracturing couple, with an all-killer, no-filler script that captures the impossibility of either saying or construing anything neutrally once the rot has set in. It is also set almost entirely in one house, which may be a dose of reality too far for some.

There is one small thing that might lighten your mood as you watch, however, and that is Levi’s decision to let daylight in on the magic by showing us the actors preparing to start work before most of the episodes prior to on the episodes. In interviews he has claimed that this is in order to show the universality of the fictional couple’s experience, that they could be anyone suddenly finding themselves in the middle of a marriage breakdown – in practice, of course, seeing the stars cross from trailer to set, hand their coffees to waiting runners, settle in front of the cameras and prepare to Act does anything but that. Still, it is a decision you can at least fast forward through if you’re not a fan.

Besides, what remains is almost wonderful. Certainly the performances are. The couple separating are Mira, who has a high-paid, high-status job in tech that requires her to fly round the world a lot, and Jonathan, an academic and former Orthodox Jew, who carries with him the psychological legacy of his strict upbringing. They are played by Hollywood stars and longtime friends Jessica Chastain and Oscar Isaac, who work their way through the incredibly dense script (all killer, no filler is a compliment, but at the same time just a little more light and shade would have been welcome). You believe in her frustration, his bafflement, their pain, and their increasingly multi-layered jealousies.

Their sheer hotness – to say nothing of the clip of Isaac kissing Chastain’s arm on the red carpet at the Venice international film festival that went viral within seconds – does, it must be noted, slightly undermine the integrity of the project. “If these gods temporarily descended from Mount Sex Olympus can’t make it work, what chance do any of us have?” is a constant viewer-accompaniment to the delicate anatomisation of Mira and Jonathan’s distress, but it is only fair to the efforts and talent of everyone involved to try to still that voice as soon as possible.

Levi’s Scenes from a Marriage deals – sensitively, minutely – with the expected quota of considerations about how you negotiate a long-term relationship, whether falling into ruts is inevitable, whether passion is vital or can be replaced by something deeper, more sustainable and sustaining, and what limits should be placed on the pursuit of individual happiness. Because he gender-flips Bergman’s original, in which the husband, fairly clinically, detached himself from the marriage, and has Mira instigating the separation, it also asks questions about our expectations of the sexes in relationships, and the ways in which we judge women who leave. Especially – as Mira inescapably does, despite her best endeavours at mitigating the effects – those who leave children.

Above all, it asks whether – provided you’re not in a coyote-trap marriage (where you are prepared to chew your own arm off to get away) – the pain of separation is worth it.

Nothing here, be it questions or attempted answers, is new. Too much has been said about every aspect of modern marriage and its breakdowns – not least, of course, as a result of Bergman’s groundbreaker – over the last few decades for that to be the goal any more. But they are rarely explored with such style, truth or credibility. Just be sure to have a lawyer or a therapist on standby when the credits roll.

7.16am BST07:16 Germany passes 3m coronavirus cases That mention of the situation in northern Europe by the deputy assistant commissioner of London’s […] 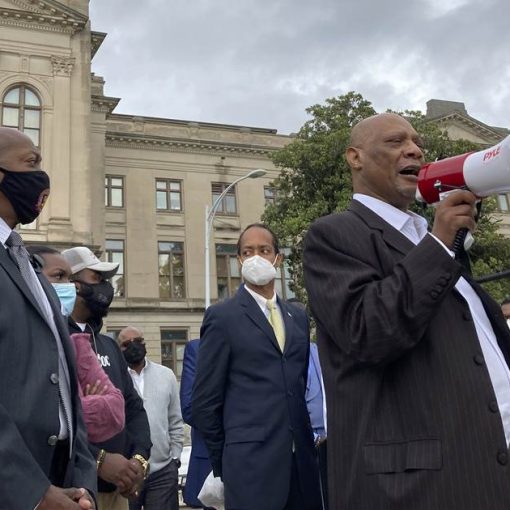 Voting rights advocate Nsé Ufot has been fighting for a week like this all year. For months, more than a half-dozen activists […] 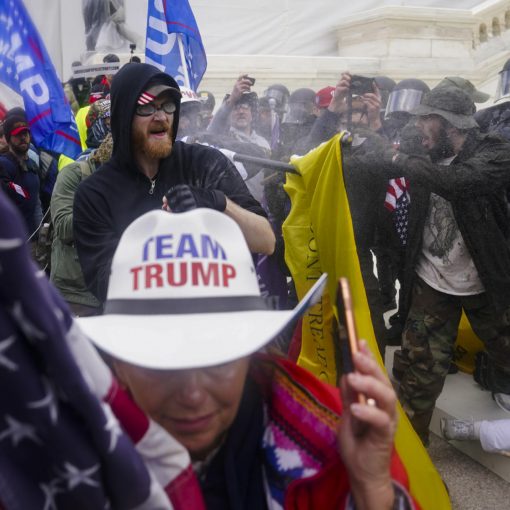 WASHINGTON (AP) — What insurrection? Flouting all evidence and their own first-hand experience, a small but growing number of Republican lawmakers are […]