A camo-clad killer shot dead his half-sister and a veteran Louisiana state trooper during an hours-long crime spree, police say, with a probe now launched into why the dead cop’s body lay undiscovered for 12 hours after.

Matthew Mire, 31, was arrested after the all-day manhunt over claims he shot five people, killing two, and stole a car to embark on the rampage.

His victims have been named as his half sister Pamela Adair, 37. Also killed was Louisiana State Trooper Adam Gaubert, a 19 year veteran of the force who was described in a tribute paid to him as a husband and father.

Adair’s partner Joseph Schexnayder, 42, was also shot and is critically-ill in hospital. The Advocate reported that Schexnayder is Mire’s cousin.

Louisiana State Police said Sunday they’d launched an urgent probe into why Gaubert’s body lay undiscovered in his patrol vehicle for 12 hours after his murder. 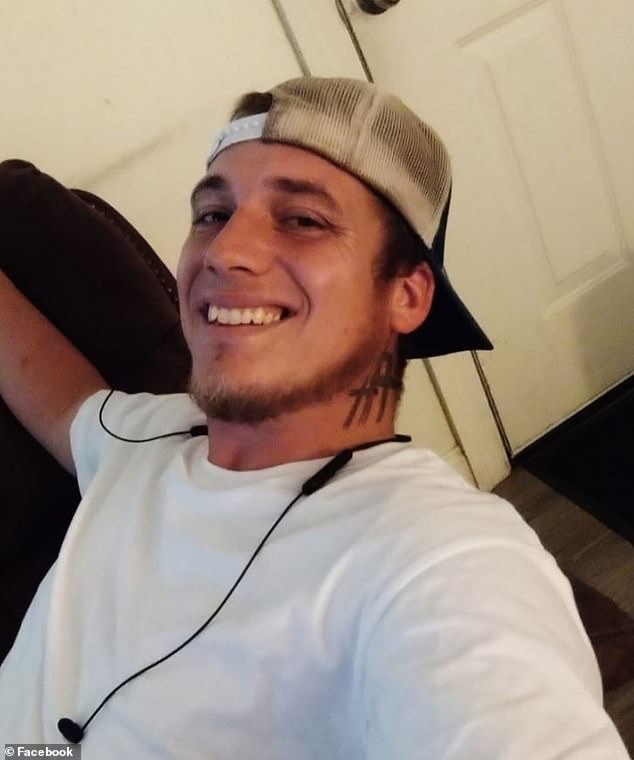 Louisiana man Matthew Mire was arrested and charged for shooting five people early Saturday morning, including his alleged half-sister and a state trooper

The exact circumstances that led to his death remain unclear, and no further information has been given as to why the alarm wasn’t raised sooner.

Mire, who also goes by the name Schexnayder, was considered to be ‘armed and dangerous’ by state officials and was seen wearing camo gear during the killing spree.

No motive for his alleged crime spree has been given, with cops saying they are mystified by the bloodbath.

But Mire’s family reported that he was ‘messed up’ after his girlfriend Maddy had fatally overdosed earlier this year, and had yet to recover from that tragedy. 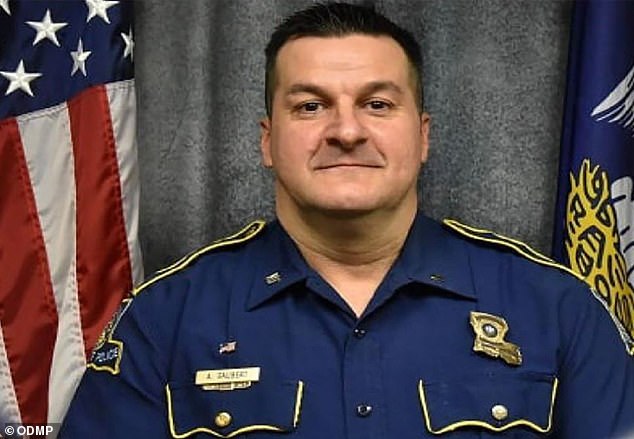 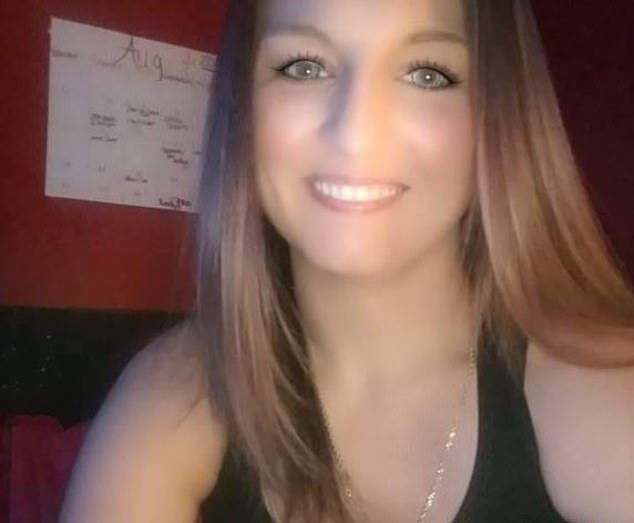 Pamela Adair, 37, has been named as one of Mire’s alleged victims. She was his half-sister, and was dating Mire’s cousin, who remains critically-ill after being shot

The shooting spree began at around midnight on Saturday where the Livingston Parish Sheriff’s Office were called to a trailer park near LA 444 in French Settlement after two victims were allegedly shot by Mire.

Mire burst into the front door of the mobile home and began firing shots at the man and woman who lived there.

The pair, who have not been named, had gone to investigate the noises they heard near their home when they were injured, according to police.

They were transported to the hospital by emergency services and are expected to recover from their injuries.

Mire then allegedly stole a blue 2013 Chevrolet Silverado before fleeing to another parish. 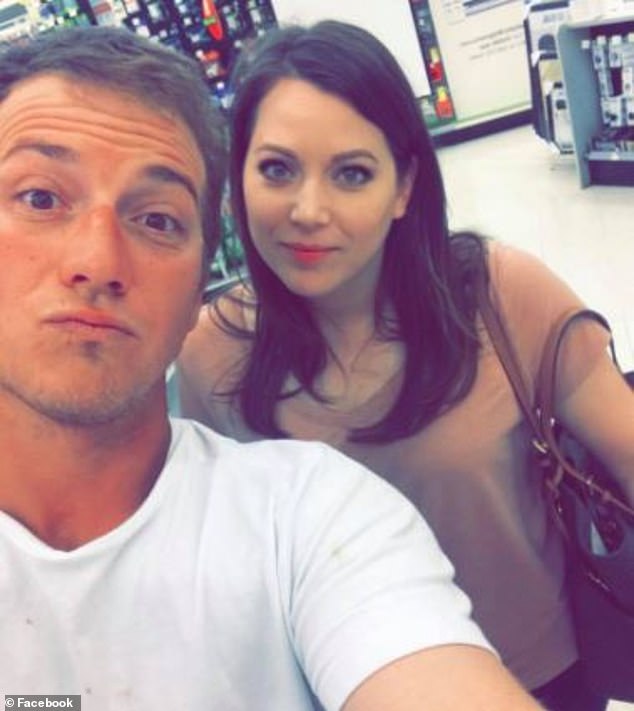 Mire’s family said that he was ‘messed up’ after the overdose death of his girlfriend Maddy, pictured, a couple months before

The vehicle belonged to Livingston local Tasha Ryan’s son who noticed the vehicle was missing hours after it was taken and called the police.

‘So, I woke up to my son calling me at about 7:15 to tell me that he noticed his truck had been stolen,’ Ryan told WAFB.

‘He was at a residence in French Settlement overnight. He woke up to bring the dogs out for a walk around 7 in the morning and noticed that his truck was missing.’

‘Just to know that someone is capable of doing such things was feet away from the front door of my house that my son was staying in.

Mire is said to have had taken the stolen vehicle to Prairieville to the home of his cousin Joseph Schexnayder, 42, and wife Pamela Adair, 37.

The couple was allegedly shot by Mire in their home where Schexnayder was found in the kitchen and Adler was found on the floor of the bedroom.

Schexnayder’s father Kevin, who lives near the couple, said that he thought his nephew Matthew had previously attempted to get into his home as he heard banging on his apartment around the time the shooting happened.

‘It sounded like someone was throwing rocks on the tin roof, but those were gunshots,’ Schexnayder said. 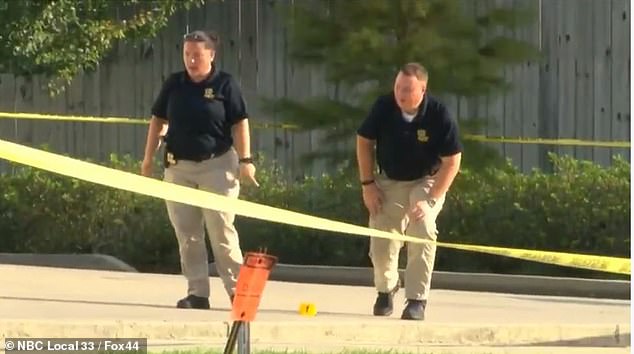 Multiple law enforcement agencies are investigating the motive behind these shootings 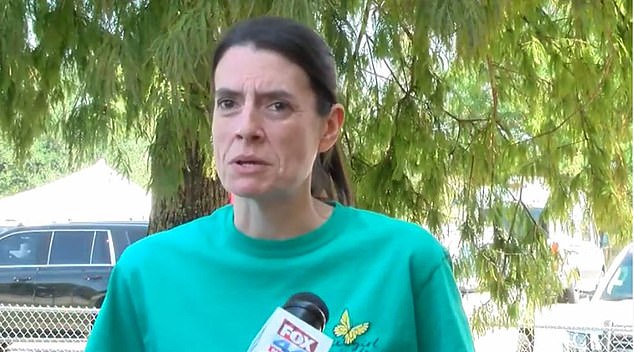 He said he discovered the bodies of his son and daughter-in-law after he allegedly saw Mire speed off out of his driveway.

His son was said to have been ‘shot in the head or the neck’ and ‘his elbow was blown out.

He added that Adair was found with gunshot wounds to the chest, stomach and arm.

Schexnayder was said to be found in critical condition, but Adair had died after succumbing to her injuries.

A Louisiana State Police then attempted to conduct a traffic stop with Mire’s vehicle at around 5am in East Baton Rouge Parish.

Mire then exchanged gunfire with the officer as he attempted to shoot him before fleeing down Hoo Shoo Too Road.

The alleged shooter then ambushed veteran state trooper Adam Gaubert, who was sitting in his vehicle, where he was shot and killed.

Gaubert was sitting in his patrol car behind a Capital One bank at the corner of Airline and Old Jefferson Highway.

A search for Gaubert began after he stopped responding to his radio, according to WBRZ Chief Investigator Chris Nakamoto.

Police responded to the scene at around 6pm which was more than 12 hours after Gaubert was allegedly shot by Mire.

The department is still investigating the incident as it is unclear what prompted the shooter to target Trooper Gaubert.

‘We are investigating (how Gaubert went unfound for so long), Col. Davis of Louisiana State Police told WBRZ.

‘There are some inconsistencies, information we’re trying to gather (and it’s all) currently under investigation.’ 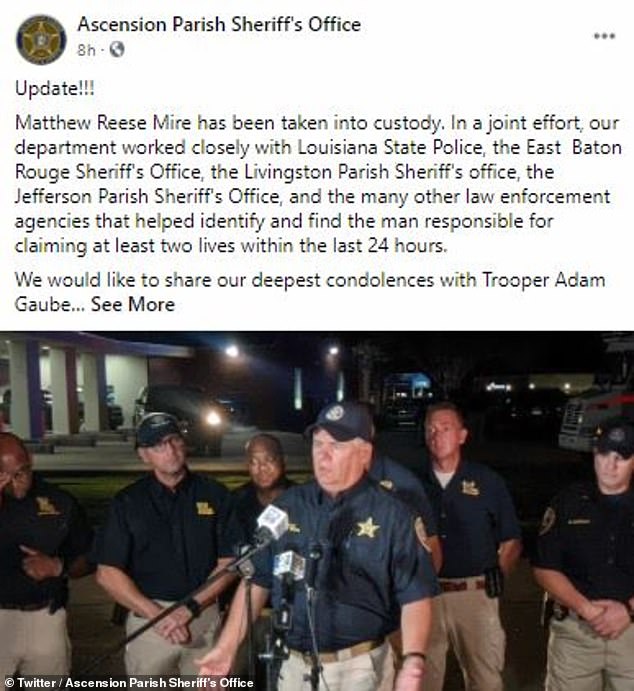 ‘We would like to share our deepest condolences with Trooper Adam Gaubert’s family and with the Louisiana State Police,’ the Ascension Parish Sheriff’s Office posted on Facebook.

‘Today we lost not only a fellow law enforcement officer, but a father, a husband, and a friend.’

A search team was then formed to find Mire and a public warning was issued by state officers.

The motive behind these killings remain unclear as officers continue to investigate the shootings.

‘That is the question – what is the motive?” asked Ascension Parish Sheriff Bobby Webre.

‘The investigation is still early. There’s a lot of moving parts. It’s very fluid situation and so, once we get this guy into our custody, maybe we can start working on a motive.’

‘We are doing everything in our power to bring this to a close and bring justice to the families involved,’ said Webre.

LONDON (AP) — Tony Blair, the British prime minister who deployed troops to Afghanistan 20 years ago after the 9/11 attacks, says […] 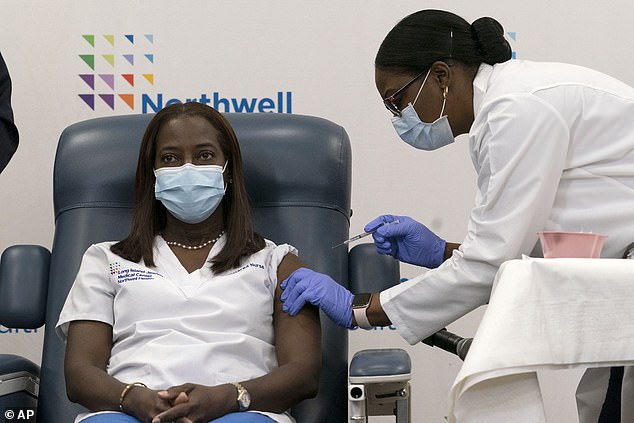 Only 4,000 vaccines have been given across New York state since Monday despite Gov. Cuomo promising to do 10,000 on the first […] 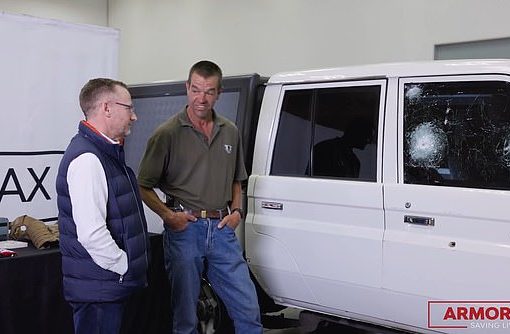