The Ecological Threat Register (ETR) by the Institute of Economics and Peace (IEP) revealed that 11 of 15 countries with the worst environmental threat scores are currently classified as being in conflict. The main finding from the ETR is that there is a cyclic relationship between ecological degradation and conflict. In the vicious cycle, degradation of resources leads to conflict, and this leads to further resource degradation as a result. The experts warned that many more countries risk following suit, risking a horrifying global-wide crisis.

To avoid this, the experts said a systemic approach to improve the ecological environment and resilience of society is needed.

This means a change to how development is currently undertaken is urgent.

The ETR discovered more than 1.26 billion people live in 30 hotspot countries, suffering from both extreme ecological risk and low levels of societal resilience, or societal safety and security.

These countries are least likely to be able to mitigate and adapt to new ecological threats, which is likely to cause mass displacement.

The number of people displaced by conflict has been steadily rising with 23.1 million people from hotspot countries living outside their home country in 2020.

More than a billion at ‘high risk’ of conflict following displacement (Image: Getty)

Europe has the largest number of displaced people from hotspot countries, at 6.6 million.

It is expected that this figure is likely to increase by tens of millions as ecological degradation and climate change takes hold.

And the number of malnourished people has been on a steady increase since 2016 and is forecast to rise by 343 million people by 2050, creating another source of conflict.

Food insecurity has also increased to 30.4 percent of the world’s population.

This shows progress has declined after undernourishment was steadily improving over the past several decades.

They also found that malnutrition is worse for men, particularly in Africa where twice as many males suffer from thinness than females.

Three areas of the world suffer from the biggest risk of societal collapse as a result of food insecurity, lack of water, population growth and the impacts of natural disasters

The Sahel-Horn belt of Africa, from Mauritania to Somalia; the Southern African belt, from Angola to Madagascar; the Middle East and Central Asian belt, from Syria to Pakistan.

Sub-Saharan Africa has the highest levels of food insecurity, with 66 percent of the population food insecure.

By 2050, sub-Saharan Africa’s population is predicted to be a shocking 2.1 billion, a 90 percent increase from today.

It also has the poorest measures of societal safety and security.

The Sahel is also predicted to be the next region expected to face societal collapse as a result of the increasing prevalence of radical Islamic groups.

Niger and Burkina Faso are currently among the world’s least peaceful countries (measured by the GPI) and are amongst the worst scorers on the ETR.DON’T MISS

The biggest emitters are countries where their citizens are least concerned (Image: Getty)

Worryingly, new polling of over 150,000 people in 142 countries found that the world’s biggest emitters of carbon dioxide are countries where their citizens are least concerned with climate change.

They are also some of the most populous countries in the world.

Only 23 percent of China’s citizens view climate change as a very serious threat, while India recorded only 35 percent.

The global average was 49.8 percent, with men slightly more worried than women by 2 percent

Without the collaboration from these countries, climate change action is unlikely to be effective.

But the uK scored impressively high, with almost 70 percent of citizens voicing concern over the climate crisis.

While the United States scored far lower, somewhere near the global average at around 50 percent.

Likely to result in further conflicts, the ETR also uncovered that by 2040 ,more than 5.4 billion people will live in countries facing extreme water stress, with Lebanon and Jordan most at risk.

In Sub-Saharan Africa, 70 percent of its population are expected to suffer from inadequate access to safely managed water, which will be made worse by high population growth.

These included the recommendation to combine health, food, water, refugee relief, finance, agricultural and business development into one integrated agency in high-risk areas.

This could be a talking point at COP26, where Boris Johnson will host an important climate summit for discussions among world leaders.

Steve Killelea, Founder & Executive Chairman of the Institute for Economics and Peace, said: ‘COP26 provides an ideal opportunity for leaders to recognise that the ecological threats of today need to be addressed before climate change substantially accelerates them, costing trillions more to address.

‘The solution to these problems lies in a more systemic approach, partially through the conscious integration of development agencies.

“The problems of conflict, food and water insecurity, displacement, business development, health, education and indeed climate change are interrelated, and the interconnectedness of these relationships must be recognised for them to best be addressed.” 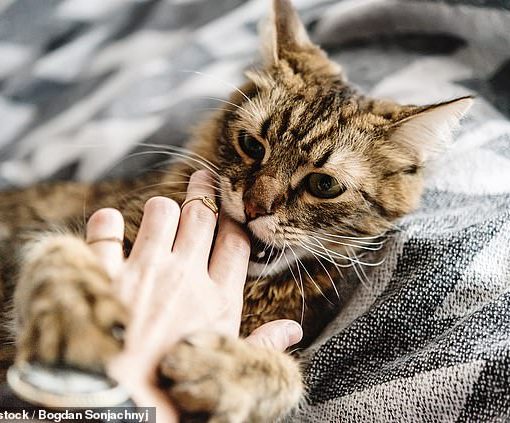 Schizophrenia may be linked to Bartonella, the bacteria behind ‘cat-scratch’ disease which can be caught via bites and scratches from infected felines. Cats […] 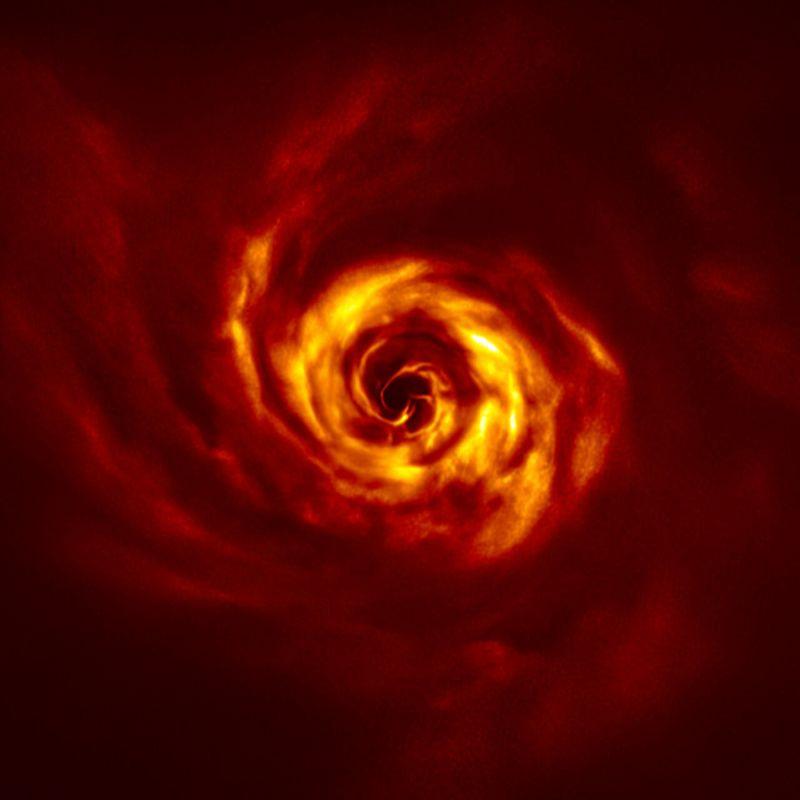 The disc around the young AB Aurigae star, where ESO’s Very Large Telescope (VLT) has spotted signs of planet birth is seen […] 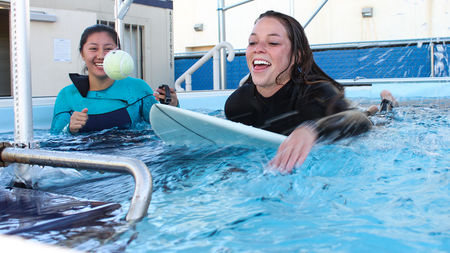 Jessica Antenico, who is working on a master’s in kinesiology at California State University in San Marcos, is participating in a wetsuit […]