Earth’s ‘solid’ inner core may not be so solid after all! Ball-shaped mass 3,200 miles beneath the surface contains both mushy and hard iron, study claims


No human or machine has ever been 3,200 miles beneath Earth’s surface because the depth, pressure and temperature make it inaccessible.

But scientists have long believed that our planet’s inner core was solid, in contrast to the liquid metal region surrounding it.

Now that’s been brought into question by a new study that claims the ball-shaped mass, which is responsible for Earth’s magnetic field, contains both mushy and hard iron.

Scientists have long believed that our planet’s inner core was solid. Now that’s been brought into question by a new study that claims the ball-shaped mass contains both mushy and hard iron. Earthquake waves (pictured) were used as the basis for the research

FOUR LAYERS OF THE PLANET EARTH

Crust: To a depth of up to 70km, this is the outermost layer of the Earth, covering both ocean and land areas.

Mantle: Going down to 2,890km with the lower mantle, this is the planet’s thickest layer and made of silicate rocks richer in iron and magnesium than the crust overhead.

Outer core: Running from a depth of 2,890- 5,150km, this region is made of liquid iron and nickel with trace lighter elements.

Inner core: Going down to a depth of 6,370km at the very centre of planet Earth, this region has been thought to be made of solid iron and nickel. But this new study suggests that it contains both mushy and hard iron.

The research has been led by Rhett Butler, a geophysicist at the University of Hawaii, who suggests that Earth’s ‘solid’ inner core is, in fact, made up of a range of liquid, soft, and hard structures which vary across the top 150 miles of the mass.

Earth’s interior is layered like an onion. The iron-nickel inner core is 745 miles in radius, or about three-quarters the size of the moon and is surrounded by a fluid outer core of molten iron and nickel about 1,500 miles thick.

The outer core is surrounded by a mantle of hot rock 1,800 miles thick and overlain by a thin, cool, rocky crust at the surface.

Because the inner core is so inaccessible, researchers had to rely on the only means available to probe the innermost Earth — earthquake waves.

‘Illuminated by earthquakes in the crust and upper mantle, and observed by seismic observatories at Earth’s surface, seismology offers the only direct way to investigate the inner core and its processes,’ said Butler.

As seismic waves move through various layers of Earth, their speed changes and they may reflect or refract depending on the minerals, temperature and density of that layer.

To better understand the features of the Earth’s inner core, Butler and his co-author Seiji Tsuboi, a research scientist at the Japan Agency for Marine-Earth Science and Technology, used data from seismometers directly opposite the location where an earthquake was generated.

They used Japan’s Earth Simulator supercomputer to assess five pairings to broadly cover the inner core region: Tonga and Algeria, Indonesia and Brazil, and three between Chile and China. 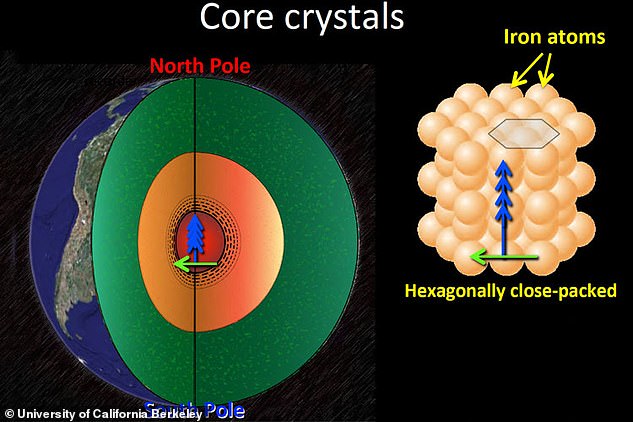 A cut-away of Earth’s interior shows the inner core (red) and liquid iron outer core (orange). Seismic waves travel through the Earth’s inner core faster between the north and south poles (blue arrows) than across the equator (green arrow)

Because the Earth’s inner core is so inaccessible, researchers had to rely on the only means available to probe the innermost Earth — earthquake waves (stock image)

‘This puts new constraints upon the composition, thermal history, and evolution of Earth.’

The researchers said this discovery of the inner core’s diverse structure could offer important new information about the dynamics at the boundary between the inner and outer core, which impact the Earth’s magnetic field.

‘Knowledge of this boundary condition from seismology may enable better, predictive models of the geomagnetic field which shields and protects life on our planet,’ said Butler.

The researchers now plan to model the inner core structure in more detail using the Earth Simulator supercomputer so they can see how it compares with various characteristics of Earth’s geomagnetic field.

The research has been published in the journal Science Direct.

Our planet’s magnetic field is believed to be generated deep down in the Earth’s core.

Nobody has ever journeyed to the centre of the Earth, but by studying shockwaves from earthquakes, physicists have been able to work out its likely structure.

At the heart of the Earth is what was thought to be its solid inner core, two thirds of the size of the moon, and made mainly of iron. However, this new study disputes this.

At 5,700°C, this iron is as hot as the Sun’s surface, but the crushing pressure caused by gravity prevents it from becoming liquid.

Surrounding this is the outer core, which is a 1,242 mile (2,000 km) thick layer of iron, nickel, and small quantities of other metals.

The metal here is fluid, because of the lower pressure than the inner core.

Differences in temperature, pressure and composition in the outer core cause convection currents in the molten metal as cool, dense matter sinks and warm matter rises.

Charged metals passing through these fields go on to create electric currents of their own, and so the cycle continues.

This self-sustaining loop is known as the geodynamo.

The spiralling caused by the Coriolis force means the separate magnetic fields are roughly aligned in the same direction, their combined effect adding up to produce one vast magnetic field engulfing the planet. 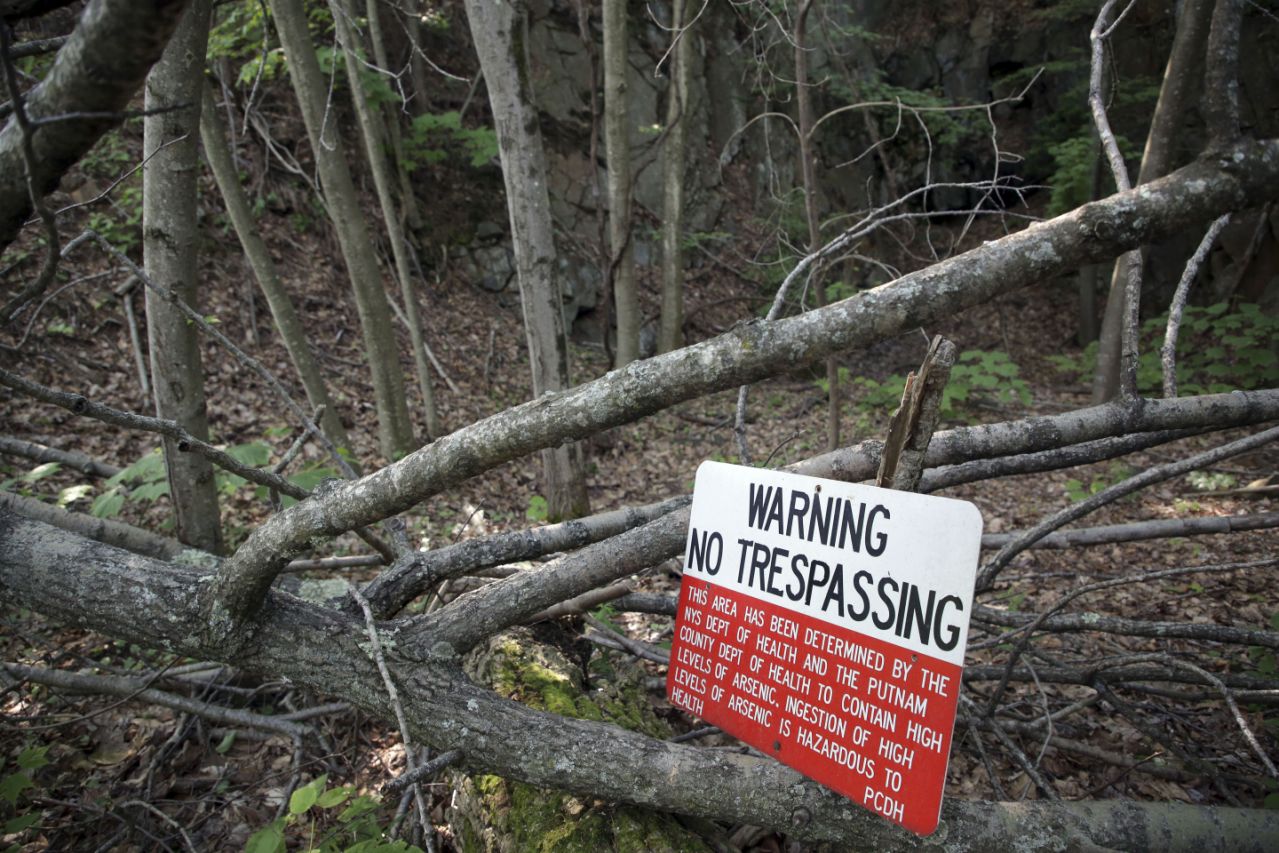 KENT, N.Y. (AP) — In the weeks after they moved from New York City to their dream home in the leafy countryside, […] 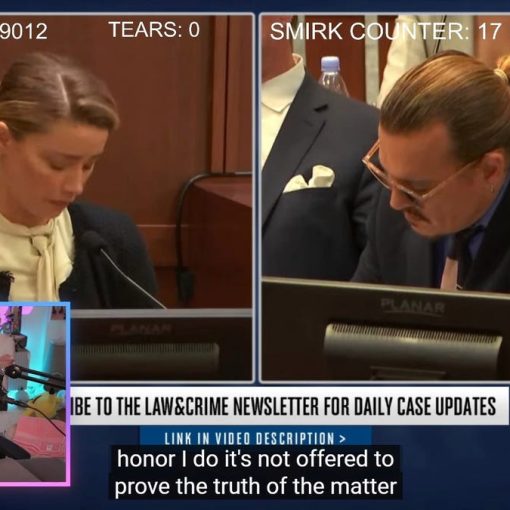 A “tears” counter?Screenshot: Pokimane / Kotaku If you’ve visited Twitch lately, you may have noticed that the most-popular “Just Chatting” category and […]

Emmanuel Macron exploded into a furious rant against two Opposition parties that rallied behind a no-confidence vote in the French President. Despite […] 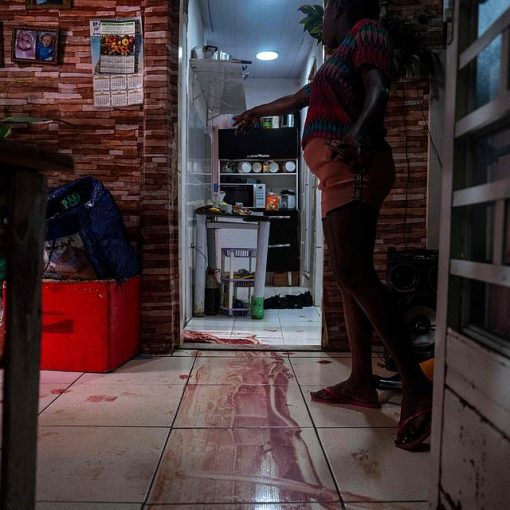 Police in Rio de Janeiro were today accused of massacring 24 criminals, some of them said to be cowering inside family homes […]