To boxing fans, Mike Tyson was a menacingly exciting presence in the heavyweight division as he made his professional debut in 1985 and worked his way towards a world title in 1986. To his opponents, he was a terrifying hurricane enveloping them and unleashing pain. Tyson won 15 fights in his first year as a professional before defeating 13 more opponents in 1986 on his way to clinching his first world title. At that stage of his career, everything came quickly. Just ask the men who faced him.

Tyson started the year in typically crushing fashion, sending David Jaco to the canvas with a stinging left hand in the opening round of their fight in New York. Tyson was all over his hapless opponent.

Tyson floored Jaco with another left but somehow he clung on for another minute before Tyson finished the job. He would be back in the ring 13 days later.

Tyson’s powerful body punches and head shots looked to have taken their toll on Mike Jameson at the end of the first round. He developed a cut over his left eye in the second but was at least offered some respite when the third round was mysteriously cut to two minutes.

Jameson did well to make it to the end of the fourth after a flurry of punches put him down. But there was no escape. The referee called off the fight in the fifth, despite Jameson’s protests as he rose to his feet after another knockdown. At least he had the consolation of being the first man to take Tyson to five rounds.

Tyson unloaded some fearsome shots in the opening round and Jesse Ferguson deserves a lot of respect for his bravery. He even looked willing to confront Tyson when the pair exchanged punches after the bell had rung at the end of the fourth round.

Ferguson went down for the first time in round five, his nose broken after an uppercut in the corner of the ring. Somehow Ferguson made it to the end of the round, after a terrifying attack from Tyson. But he was disqualified for holding in round six – later changed to a TKO – as Tyson chalked up another win.

Steve Zouski took some good shots in the first round and, with swelling appearing over his left eye, he did try his best to attack in round two. But Tyson, now ranked No 10 by the WBC, ended the fight in the third.

Tyson showed his power with a shuddering left uppercut and finished the contest with an awesome left that drew gasps from the crowd. Zouski did not beat the count, but he did well to get to his feet.

A new chapter in the Tyson story as he was taken the distance for the first time. James Tillis survived a knockdown in the fourth round and tested Tyson as the fight went into the later rounds. Tillis admitted he was hurt throughout the fight but he showed a lot of heart.

If anything, Tillis shaded the last few rounds, as Tyson failed to stamp his authority on the fight. One judge scored the fight 8-2 to Tyson but the 6-4 scores from the other two judges showed that Tyson had been in a close contest.

“I’m moving up in class,” Tyson said after the fight. “For people who don’t understand, if a fighter doesn’t want to get knocked out, he won’t get knocked out.” It was a valuable experience for Tyson, even if some viewers thought his win was a lot closer than the scores suggested.

Tyson’s next bout came just 17 days after he had gone 10 rounds with Tillis. Again Tyson went the distance, but Mitch Green provided less of a test.

Tyson dislodged Green’s gum shield three times in the fight and, although he could not floor his opponent, the three judges scored the bout 8-2, 9-1, 9-1 in Tyson’s favour. Green rallied at times but, with Tyson bobbing and sometimes laughing at his opponent, he was hardly pushed.

Perhaps Reggie Gross was not being completely unreasonable in thinking that going toe to toe with Tyson was his only hope. But after being caught with a left early in the first round, the plan looked like it had backfired.

Gross complained when the fight was called off after he got up for a second time, but referee Johnny LoBianco quite rightly noted that Tyson’s latest victim could hardly stand. After a few longer fights, Tyson was back to his destructive best.

The fight also marked the beginning of a new era in Tyson’s career, as he was promoted for the first time by Don King. Never one to pass on the chance of making a few dollars, King knew he was on to a winner.

In Tyson’s last fight as a teenager, he made very quick work of William Hosea. A fine uppercut had already wobbled Hosea before he was floored after a Tyson onslaught.

Hosea felt he had beaten the count, and he may have had an argument, but the referee disagreed. It was Tyson’s 23rd win, his 21st inside the distance and his 14th in the first round. He was now the No 2 contender for the WBC belt.

Poor Lorenzo Boyd must have known he was in for a bad night when he had his nose broken by the first punch Tyson threw. Boyd took some eye-watering body shots but managed to take the fight to the second round.

Two further body shots and a right uppercut finished off Boyd. It took him three minutes to get up after his defeat. Tyson’s next opponent would suffer a similar fate.

If you want a case study of Tyson and his explosive power early on in his career, then look no further than his 30-second demolition of Marvis Frazier. Stepping into the ring, Frazier, son of former world heavyweight champion Joe, was No 9 in the WBC rankings. Thirty seconds after the first bell, his career crumpled like his legs beneath him. It was the quickest win of Tyson’s career.

There is no shame in losing to Tyson. The uppercuts that took Frazier’s legs away would have finished many a fighter. There were concerns about Frazier, as he remained motionless in the corner of the ring, but thankfully he got to his feet.

“I can tell you what happened,” said Frazier at the post-fight press conference. “I got hit with a right uppercut. That’s what happened. When Larry Holmes hit me it was the same kind of feeling.” Holmes was mentioned as a potential next opponent for Tyson, who was oozing confidence, declaring: “I’m the best fighter in the world.”

The courage and bravery shown by José Ribalta in taking Tyson to the last round was appreciated by the crowd as the fight progressed, with shouts of “José” filling the arena. Having been floored by a classic body shot and uppercut combination in the second round, Ribalta somehow came back for more.

A big right hand in the eighth tested his jaw once more, and a left later in the round left him on the canvas once again. Ribalta refused to go down even after this left hand, but another left was the beginning of the end in the final round.

Ratliff tried his best to stay out of Tyson’s reach, and he did manage to get through the first round, but a left from Tyson in the second floored his opponent, with Ratliff struggling to beat the count. A right shortly afterwards put more jelly into the legs of Boyd, as Tyson moved in to finish the job.

This was Tyson’s first professional fight in Las Vegas. It was good preparation for his next fight, which would be the biggest of his career so far.

Trevor Berbick had won the WBC heavyweight belt by defeating Pinklon Thomas on points in March 1986. Born in Jamaica but representing Canada, the 33-year-old had a record of 31-4-1 coming into his bout with Tyson, although few were giving him any hope of keeping his belt. Tyson was priced at 2-9 with Berbick at 3-1.

The champion talked the talk, claiming Tyson was stepping up in class by meeting him, but he would be unable to walk the walk later. “I am going to give him a whipping before I knock Tyson out,” boasted Berbick. “I’m looking to take him out in the seventh.” Tyson predicted a sixth-round win. The fight would not go beyond the sixth minute.

Given his height and reach advantage, Berbick really should have attempted to use his size to keep Tyson out of harm’s way. But that was easier said than done. Immediately caught with a left hand from the challenger, Berbick was rocked back as the task before him was hammered home. Berbick tried to hold Tyson and push him away at various points of the opening round, but he continued to take punishing shots. A combination rocked the champion, his legs wobbling as he staggered across the ring, and it looked as if Berbick would become another first-round victim. Somehow he managed to make it to the bell.

A right over the top at the start of round two added more jelly to the legs of Berbick, as a flurry of punches sent the champion down for the first time. Berbick glanced anxiously across the ring as he took a standing eight count. He knew there was more of the same coming his way.

Tyson threw a thumping body shot and two rights to the head as Berbick clung on the best he could, hoping to get to the end of the round. But another blow to his ribs saw Berbick drop his hands and a left hook finished the job.

Berbick went down in slow motion a split second after the punch had landed, as if his brain and legs were no longer on the same wavelength. Berbick tried his best to get to his feet, but his legs would not hold him up. Staggering across the canvas, legs turned to jelly, the champion twice fell, before referee Mills Lane ended the fight. The very definition of punch drunk. The sight of Berbick lurching from one side of the ring to the other became one of the defining memories of sport in the 1980s. The Tyson hype was justified. At 20 years and 145 days, he had become the youngest heavyweight world champion in history.

Talk turned to how he would unify the division. Ron Wills neatly summed up the situation in the Mirror, writing: “You can forget about the tournament to decide the undisputed champion. Tyson is now the only heavyweight in the world who matters.” The heavyweight division had been a bit smudged since the days of Ali, Frazier and Foreman. Tyson had made things a lot clearer.

(Reuters) – The Malaysian Open will return to the Asian Tour next year following a four-year hiatus, officials said on Monday. The […] 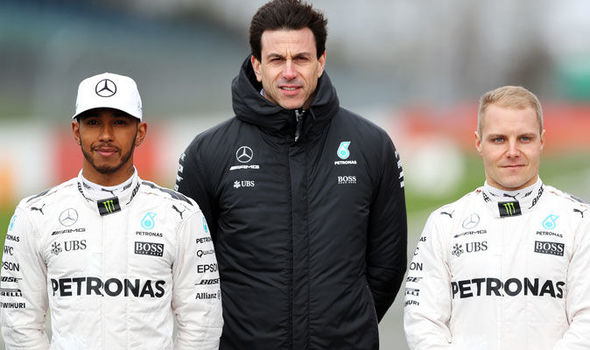 The Finnish driver, who was a late call-up to the 2017 team after Nico Rosberg’s shock retirement, won three pole positions in […] 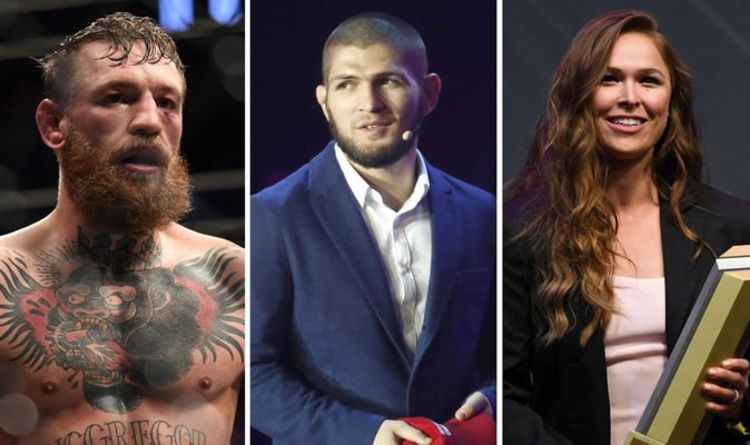 That’s according to Skip Bayless. The two UFC superstars – who met at UFC 229 back in December with Khabib winning via […] 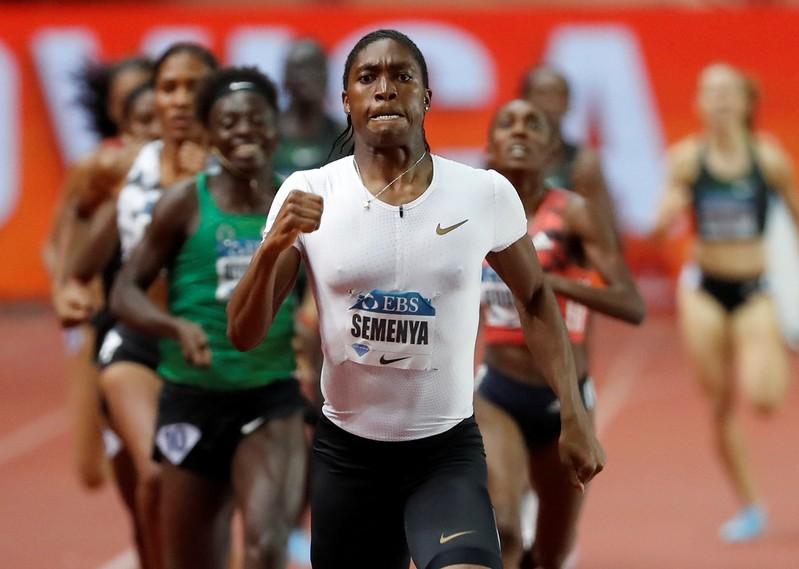