In a four-day stretch, 145 Chinese aircraft, including fighters and bombers, entered the Taiwan Strait and flew inside Taiwan’s self-declared defensive zone, including a record 56 planes on Monday alone. For the Taiwanese government of President Tsai Ing-wen, the flights demonstrate that the Chinese Communist Party is intent on subjugating Taiwan at all costs, a policy Chinese President Xi Jinping hinted at in his July 1 address to mark the party’s 100th anniversary.

The U.S. needs to take care to ensure it doesn’t put itself in the position of engaging in a hot war with China.

Ever since the end of the Chinese civil war in 1949, Beijing has referred to Taiwan as a renegade province that should be reunified with the mainland. The U.S. takes no formal position on the sovereignty of Taiwan — a fellow democracy and security partner — but it insists on the peaceful resolution of cross-strait issues. However, in response to the flights, the State Department immediately denounced China’s military activity as “provocative,” arguing that the flights enhance miscalculation and undermine regional stability.

Some U.S. lawmakers are advocating for the U.S. to use military force if China invades or attacks Taiwan. But while China’s incursions into the Taiwanese defense zone are no doubt alarming, to the extent that the U.S. has any role in this dispute, it’s to calm the waters, not stir them up.

The last thing Washington should do is to overreact and assume China is on the brink of ordering a full-scale military campaign. While a forceful reunification of Taiwan with the Chinese mainland is contrary to U.S. policy, the U.S. needs to take care to ensure it doesn’t put itself in the position of engaging in a hot war with China.

It’s important to understand the full context of the latest Chinese actions — which is that they are essentially symbolic. While the number of combat aircraft traveling near Taiwan’s airspace is certainly higher than it has been in the past, the flights themselves are part and parcel of Beijing’s tendency to use displays of military force as signaling exercises rather than as preparation for imminent attacks.

For China, leveraging its military power is a highly public — and effective — way of communicating displeasure to adversaries and competitors. In a typical example, around the time of a scheduled trip to Taiwan by then-Health and Human Services Secretary Alex Azar last summer, China deployed two fighter jets across the Taiwan Strait to demonstrate its opposition to the visit.

In another incident soon after, Beijing sent 40 aircraft into the Taiwan Strait at the same time a State Department official was meeting with his Taiwanese colleagues. And this June, two days after the G-7 reiterated the “importance of peace and stability across the Taiwan Strait,” 28 Chinese fighter aircraft roared toward Taiwan in a symbolic act of retaliation.

The Chinese incursions this month can hardly be considered random, either, coinciding with the celebration of China’s National Day, which is typically when the People’s Liberation Army flaunts its muscle with exaggerated displays of force.

None of this is to excuse China’s behavior. For the Taiwanese, military flexing from its much larger neighbor is extraordinarily concerning given the power disparities between Beijing and Taipei. At $252 billion, China’s defense budget last year was about 20 times larger than Taiwan’s. There are serious doubts about the ability of both the island’s ground forces and its reserves to make a real contribution if a conflict with China were to break out.

China, meanwhile, continues to modernize its own military and improve the quantity and quality of its missile forces. Taiwan, in other words, simply can’t treat the latest Chinese military forays as nothing more than a distraction.

For decades, U.S. policy on Taiwan has been governed by the Taiwan Relations Act, which requires Washington to provide the island with any and all defense articles “in such quantity as may be necessary to enable Taiwan to maintain a sufficient self-defense capability.” While the U.S. isn’t committed to formally defend Taiwan in the event of a Chinese attack, the U.S. also hasn’t officially closed the door to such an option.

Some U.S. foreign policy experts are calling for the U.S. to offer Taiwan an explicit U.S. security guarantee to deter China from forcefully reunifying the island — a concept frequently referred to as “strategic clarity” — and in some cases even the stationing of U.S. forces on Taiwanese soil. The Chinese conquest of Taiwan is viewed within U.S. policy circles as highly destabilizing to the regional balance of power in Asia and detrimental to U.S. allies in the region, particularly Japan and South Korea, who may question whether Washington is sufficiently committed to their defense.

Such a drastic change in U.S. policy, however, could very well result in the precise opposite of what the U.S. and its allies in East Asia want: a full-on air and amphibious assault by Beijing. Far from deterring a hypothetical Chinese invasion, so-called strategic clarity would, in effect, make such an invasion far more likely and result in economic catastrophe. Kurt Campbell, the Biden administration’s top Asia policy coordinator, recently spoke about the downsides of that approach.

Fortunately, as brazen as China’s military maneuvers have been, there is no evidence that Xi actually wants to unleash a conflict that could quickly spiral out of control. For Beijing, a war over Taiwan wouldn’t be easy, and it certainly wouldn’t be cost-free. While China’s expansive missile capability would do significant damage to Taiwan’s airfields in the opening phase of a conflict, its ground troops are untested, and its capacity to conduct an amphibious assault across the Taiwan Strait is still questionable.

China has other reasons to avoid a war. An attack on Taiwan would turn Beijing into an international pariah overnight, force neighboring countries like Japan and South Korea to aggressively counteract Chinese power and jeopardize Xi’s focus on building China’s domestic strength over the long term as its economy is blunted by inevitable U.S. and international sanctions.

The U.S. doesn’t want a full-fledged conflict with China, either. Stumbling into a shooting war over Taiwan is akin to opening a Pandora’s box, and it would make the last 20 years of conflict in the Middle East look like an uneventful peacekeeping mission. A fight between Washington and Beijing could also escalate to the nuclear level, particularly if the Chinese Communist Party determines that the use of such weapons is the only thing standing in the way of a humiliating defeat.

The best option for the U.S. is not to provide Taiwan with a defense guarantee similar to those for Japan, South Korea or Germany but rather to encourage the island to invest in its own defense. For Taiwan, that means focusing less on purchasing fancy, expensive equipment like F-16s and M1 Abrams tanks and more on the coastal radar systems, anti-ship missiles, surface-to-air missiles, air defense systems, mines, submarines and reconnaissance assets that would increase the cost of a Chinese naval assault. Taiwanese defense officials finally appear to be heeding the call; an extra $8.6 billion in military spending is reportedly being allocated for land-based missiles, warships and research toward developing a homegrown missile capability.

In the days and weeks ahead, we can expect more Chinese fighters and bombers to traverse the strait, and heated rhetoric between Beijing and Taipei is almost guaranteed. The U.S., however, must keep a level head and ask itself a critical question: Is a conflict with China, the world’s second-largest economy and Asia’s biggest power, in the U.S. national security interest? The answer is most definitely no. 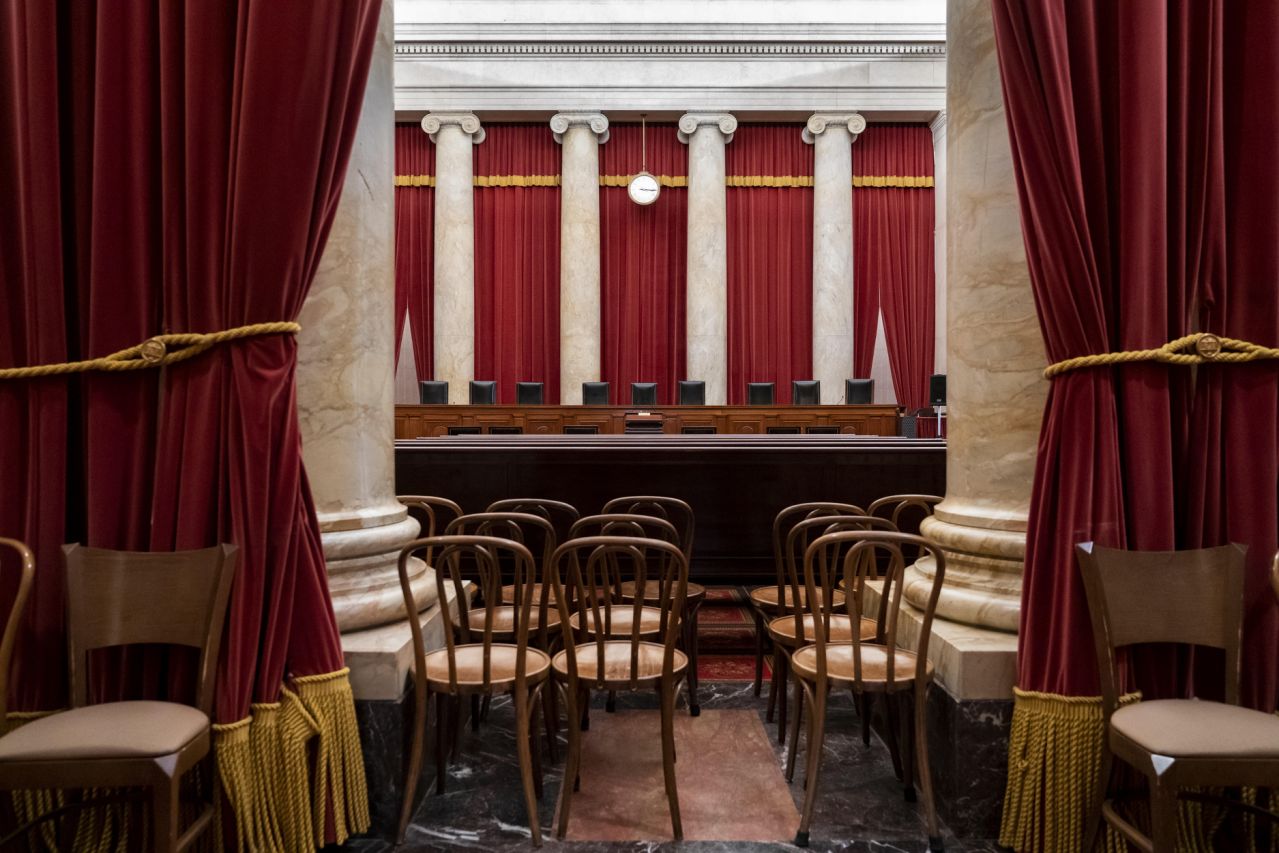 WASHINGTON (AP) — On the evening before he was to argue a case before the Supreme Court years ago, Jeffrey Fisher broke […] 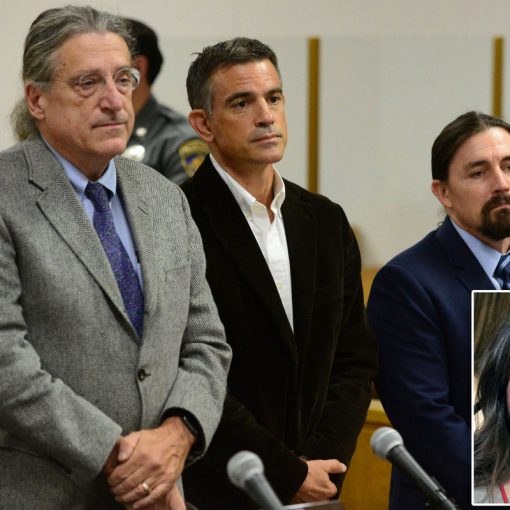 Attorneys for Fotis Dulos, the Connecticut man accused of killing his estranged wife Jennifer, will not be allowed to discuss his infamous […] 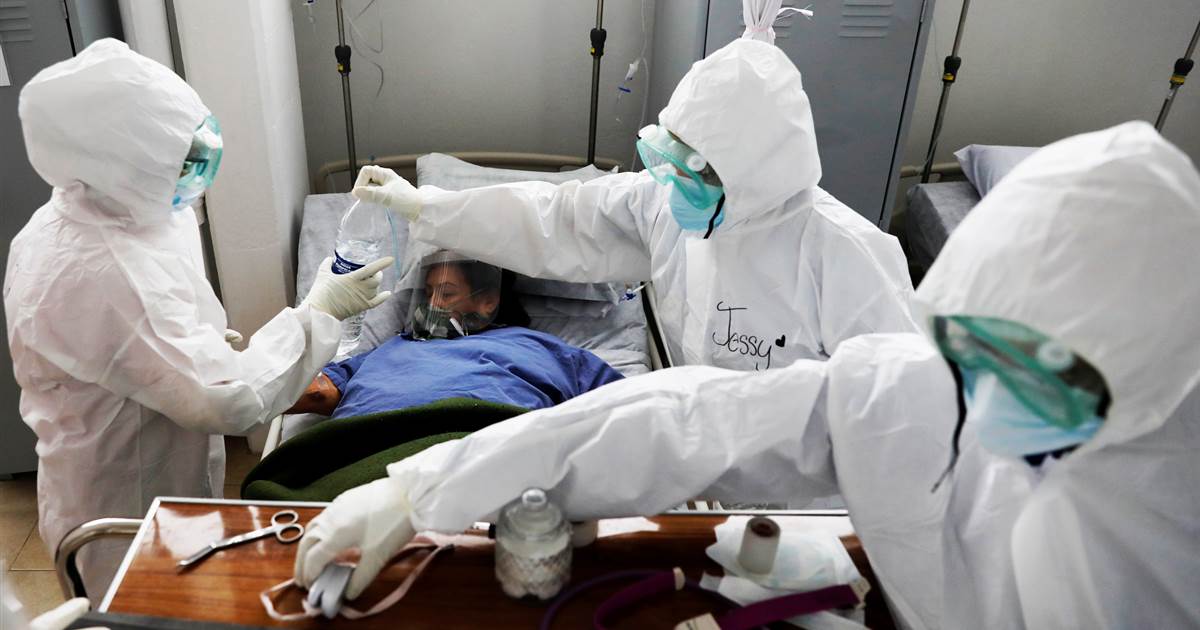 LONDON — Treating critically ill COVID-19 patients with corticosteroid drugs reduces the risk of death by 20 percent, an analysis of seven […]