When James Doyle rode Sea Of Class from an outside stall in the Prix de l’Arc de Triomphe in 2018, Lester Piggott – the father-in-law of the filly’s trainer, William Haggas – had some words of advice for her jockey. “Drop her out the back,” he said, “and pray”. It nearly worked. Doyle turned sharp right out of the stalls to sit last against the rail, was still there rounding the home turn and then passed 17 rivals in the straight. They passed Enable as well but a stride too late, to enter the all-time list of unlucky losers in the Arc somewhere close to the top.

Three years on, though, Doyle’s luck seems to be on the turn. Hurricane Lane, his first ride in the Arc since Sea Of Class, was not even certain to line up in Paris until rain arrived last weekend to guarantee some give in the ground.

And when the draw was made on Thursday, Hurricane Lane ended up in stall two, with his stable companion, Adayar, much wider in 11.

It is not impossible to win the Arc from a high draw. Frankie Dettori showed how it can be done – and on a Derby winner, too – as recently as 2015, when he was happy to sit wide for the first half-mile before picking his moment to slot in behind the pace.

But in a race as strong as this year’s Arc, with at least four horses in the field that would be worthy favourites in an average year, small margins matter more than ever.

Every half-length lost racing wide around Longchamp’s sweeping turns will need to be retrieved in the final two furlongs, from the grip of Group One horses who have had a smoother trip.

William Buick, Charlie Appleby’s No 1 rider, opted to ride Adayar in preference to Hurricane Lane nearly a week ago, when the ground in Paris was still unusually quick for the time of year. He had plenty of first-hand evidence to go on, having watched from eight lengths away in third place as Adayar won the Derby in June before switching to his saddle to win the King George at Ascot the following month.

Buick has also partnered Hurricane Lane on all six of his starts this season, including two Classic victories and another in the Group One Grand Prix de Paris over Sunday’s track and trip, so the betting market understandably saw his preference for Adayar as a major positive.

And so, for that matter, did Doyle. “Will’s pretty good,” he said at Longchamp on Saturday. “He has these decisions to make quite a lot, especially when we’re in the good races over in Dubai and let me tell you, on a course, Will is as good a judge as you can get and he rarely gets it wrong, so we’ll see. [But] obviously it was a tough decision for him, and being in my position [as number two] wasn’t the worst.”

Adayar was top of many lists by Wednesday evening, a few hours before the field was finalised, but the draw and the rain have sent him back onto the retreat in the betting. Tarnawa, the runner-up behind St Mark’s Basilica in the Irish Champion Stakes last month, is now the narrow market leader with most bookies at around 100-30, with Adayar at 7-2.

Like Hurricane Lane, Tarnawa drew well in stall three, while Snowfall, the runaway winner of the Oaks on soft ground in June, is 5-1 to win from stall nine. Any one of these four could conceivably set off as the favourite, while Chrono Genesis, the best middle-distance horse in Japan, also demands consideration at around 12-1 despite ending up even wider than Adayar in stall 14.

At the overnight prices, though, Hurricane Lane, the third-favourite, is the most appealing bet at around 4-1, for all that he was eight lengths adrift of Adayar at Epsom. He lost both front shoes in the Derby and seemed unsuited by the track, while Adayar had the benefit of an exceptional ground-saving ride by Adam Kirby.

His other starts this year have showcased both his talent and versatility, from the burst of finishing speed which allowed him to run down Lone Eagle in the Irish Derby to an exceptionally easy success in the St Leger last time.

“I’m really looking forward to it,” Doyle said. “There’s more rain to come, it’s going to be tough and a war of attrition and he’s definitely got that stamina in his legs. [The draw] is always the big worry, with Sea Of Class it was a disaster from that draw. But he’s quite tactically versatile and he usually breaks nicely. He lost his two front shoes around Epsom and still managed to finish third in a Derby.”

Three years on from his agonising defeat on Sea Of Class, Doyle may at last be on the right horse, in the right stall and at the right time as the field sets off for the 100th Arc on Sunday. Eddie Hearn has sensationally put forward Dillian Whyte as a potential opponent for Tyson Fury, who is due to fight on English […] 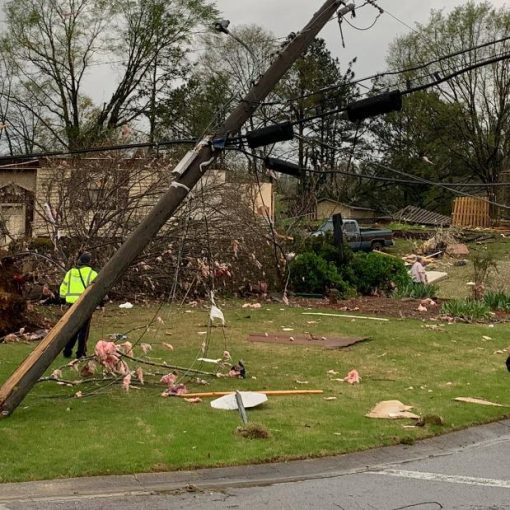 Early Friday, the city of Newnan, Georgia, reported damage in and around its historic downtown area due to a tornado and repair […] 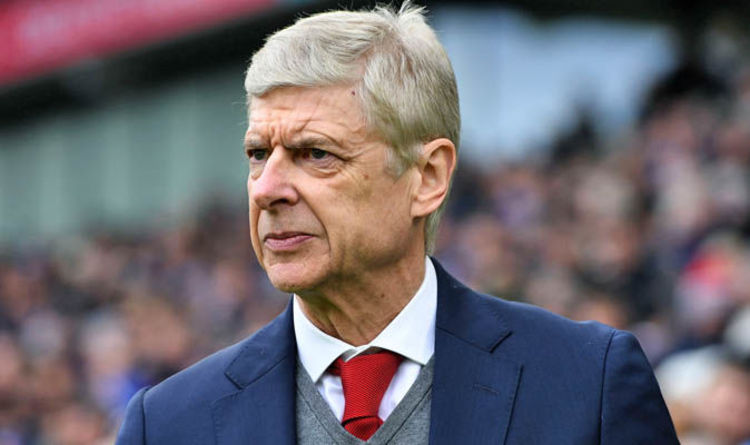 The Gunners fell to a shock 2-1 defeat at the hands of Brighton at the weekend, leaving them 13 points adrift of […]