You’ve seen No Time to Die, Daniel Craig’s final film as James Bond, and this epic, emotional and explosive swan song for 007 has probably blown your mind.

Out now in UK cinemas and opening in the US on Oct. 8, the latest Bond film is packed full of twists and turns building up to an ending that’s shocking — positively shocking. Let’s dive into the thoughts and questions you may have after seeing the film. Look out: Spoilers abound! What is Heracles? How great are Ana De Armas, Lashana Lynch and Phoebe Waller-Bridge? Are there any classic Bond Easter eggs? And what does the ending mean for the next James Bond?

Yes, James Bond dies in No Time to Die. In a decades-old series well known for its repetitive formula, Bond dying is something we certainly didn’t expect.

Get the CNET Home newsletter

Modernize your home with the latest news on smart home products and trends. Delivered Tuesdays and Thursdays.

This James Bond is dead, yes. Shot in the back, mortally wounded and then blown up, he’s not coming back. At least, the version of James Bond played by Daniel Craig isn’t coming back.

Is there a post-credits scene?

No. But if you stick around until the end of the credits, you’ll see the famous words that have closed many previous 007 films: “James Bond will return.” When that happens, the character will be played by someone other than Daniel Craig in a fresh reset of the series. Which may be under the auspices of Amazon, which recently bought movie studio MGM.

Apparently? Madeleine originally denies that the young girl is Bond’s daughter, but he suspects that’s not true because she has blue eyes like his. Safin tells Bond she’s his kid, but this sinister bad guy could easily be lying to manipulate and provoke Bond. At the end, Madeleine admits Bond is a father, but again that could be a lie to comfort him in his final moments. It’s ambiguous enough for you to make up your own mind.

“The proper function of man is to live, not to exist. I shall not waste my days in trying to prolong them. I shall use my time.”

This quote is widely attributed to author Jack London. Fleming used these words in an obituary for Bond when the superspy was presumed dead in the 1964 novel You Only Live Twice.

Is No Time to Die based on a novel?

Not really, but as with all Bond movies, the filmmakers have pulled in elements from Ian Fleming’s books. In this case, the movie draws on You Only Live Twice, which sees Bond living as a fisherman, traveling to remote Japan to destroy a macabre Garden of Death, and dying (supposedly). In the book, Bond’s lover Kissy Suzuki becomes pregnant, but the child is never mentioned again in Fleming’s novels. Fans were alerted to the source material when “Shatterhand” was in 2019 announced as a working title for the movie — it’s a reference to the name adopted by Blofeld as the book’s villain. It was the second to last in the series and the last to be actually completed by Fleming before his death.

Bond also visited Vesper Lynd’s grave in the previous story, On Her Majesty’s Secret Service, the book in which he met and married his wife Contessa Teresa “Tracy” di Vicenzo, the love of his life in the novels and the pre-Craig films.

Why do they keep saying ‘we have all the time in the world’?

Those were Bond’s final words to Tracy in the novel On Her Majesty’s Secret Service, and they were used as the title of a song in the 1969 film adaptation. Composed by John Barry, with lyrics by Hal David, it was sung by jazz legend Louis Armstrong but only released as a hit single in the 1990s. Elements of the song were used by composer Hans Zimmer in the No Time to Die track Matera, while the original song is played in full over the closing credits.

What about the rest of the music?

Zimmer replaced composer Dan Romer during postproduction, and the soundtrack nods to other bits of classic Bond music. For example, in the scene where Bond meets M on the banks of the river Thames and properly returns to the secret service, elements of John Barry’s score for On Her Majesty’s Secret Service can be heard.

The title song is of course by Billie Eilish, written with her brother Finneas O’Connell. First heard in early 2020, it won a Grammy before the COVID-delayed movie even came out.

What cars does Bond drive?

The opening sequence in Italy sees Bond drive his gadget-packed vintage Aston Martin DB5, first driven by Sean Connery in 1964’s Goldfinger and reintroduced to the series with 2012’s Skyfall. Later, he grabs another classic from storage: an Aston Martin V8 Vantage, previously driven by Timothy Dalton in 1987’s The Living Daylights.

Fittingly, Bond’s replacement is a little more up to date in her choice of car. Nomi, played by Lashana Lynch, drives an Aston Martin DBS Superleggera.

Any other links to classic Bond movies?

Look out for paintings of former Ms in the secret service offices: a portrait of Judi Dench and another of Bernard Lee pay tribute to Bond’s bosses from previous films. Which rather complicates the timeline, when you think about it.

In the opening scene, the devilish Lyutsifer Safin wants revenge on the Spectre agent who killed his family, Mr. White (seen in Craig’s previous films from Casino Royale to Spectre). He can’t bring himself to finish the job, however, rescuing Mr. White’s young daughter Madeleine from beneath an ice lake.

Years later, Safin is obsessed with Madeleine, and frankly his objective is much less clear. First he uses the Heracles bioweapon to destroy Spectre and kill Blofeld once and for all. After that, he decides to use the nanobots to kill millions for no apparent reason, other than that he’s the bad guy in a Bond movie and that’s the kind of loopy crap they do.

It’s quite a coincidence that the film revolves around a deadly infection that prevents people from touching the ones they love. The nanobot concept doesn’t exactly fit with Safin’s apparently organic garden of poisons, which makes me wonder if the technology element was added to distance the virus from the COVID pandemic.

Did the movie need to be that long?

Heracles was the Greek name for the hero of antiquity called Hercules by the Romans. Persecuted by the goddess Hera, Heracles infamously killed his own children and was forced to perform 12 labors as a penance.

The legend chimes with the ending of the film. A villainous centaur tricked Heracles’ wife into giving the hero a poisoned shirt that burned his skin, similar to how the bioweapon kills a person it touches. Once poisoned, Heracles built his own funeral pyre and was incinerated, just as a poisoned Bond chose to be blown up. The similarity doesn’t end there: Heracles’ human body burned, but his godlike self rose to Olympus to live on. And while Daniel Craig’s version of the character may die, the character of James Bond is eternal.

What did Phoebe Waller-Bridge contribute?

It’s hard to know which parts of the film were conceived by Phoebe Waller-Bridge and which by regular Bond screenwriters Neal Purvis and Robert Wade, but the playful tone, sharp dialogue and rounded women characters definitely feel like Waller-Bridge. The Fleabag and Killing Eve creator is the second woman to write a James Bond film after Johanna Harwood worked on the first two in the series, Dr. No and From Russia With Love back in the 1960s.

What’s with all the corduroy?

No Time to Die sees Bond relaxing into new roles as a retiree and even a parent. He wears his signature black tie at Blofeld’s ill-fated birthday party and the usual Tom Ford tight tailoring while in London. But he spends most of the film in more relaxed clothing, including jeans, henley collars and casual shirts — even a baseball cap. Visiting Vesper’s grave, he dons a respectful but climate-appropriate beige suit. Unfortunately, it’s made of corduroy, as is the green duster coast he wears to visit Madeleine in Norway and fend off bad guys in the forest. The suit and the coat are made by Massimo Alba, a favorite of Daniel Craig. Other brands in the film include Crockett and Jones, Orlebar Brown, N.Peal, Barbour, Brunello Cucinelli, Danner, Rogue Territory, Rag & Bone, and, er, Tommy Bahama.

Among the other costumes, look out for Lashana Lynch in a safari suit, insouciantly updating the oft-reviled outfit worn by Roger Moore in his 1970s tenure.

None of the costumes are as bold as Craig’s choice of outfit for the premiere, however: a hot pink velvet dinner jacket by Anderson & Sheppard. The daring and cheeky outfit was the perfect celebration of Craig’s freedom from the constraints of the role.

Where were the Italian scenes filmed?

Bond and Madeleine vacation in Matera, southern Italy, possibly the third-oldest city in the world (behind Aleppo and Jericho). The stone city previously doubled for Jerusalem in Mel Gibson’s 2004 film The Passion of the Christ.

What’s the Wallace and Gromit connection?

During the flashback to Madeleine’s childhood at the start of the film, the TV is showing The Wrong Trousers, an Oscar-winning 1993 stop-motion film from British studio Aardman Animations. I’ve no idea why. Do you? Chime in in the comments section.

Who will be the next James Bond?

Now you’re asking. The tabloids will be full of speculation for the next few years (Michael Fassbender? Tom Hiddleston? Idris Elba? Henry Cavill?), but it’ll probably go to a lesser-known actor. Let’s wait and see. 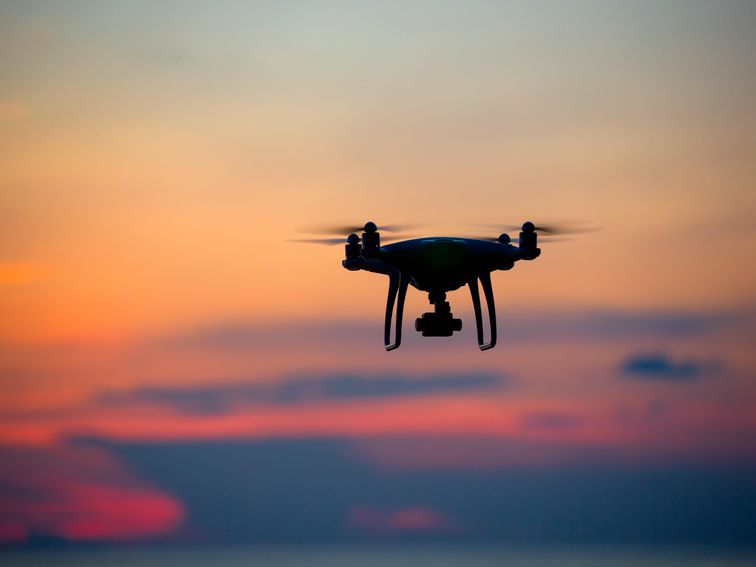 As the technologies of mobile phones, cameras, and lithium-ion batteries have evolved in recent years, drones have  come a long way since the advent […] 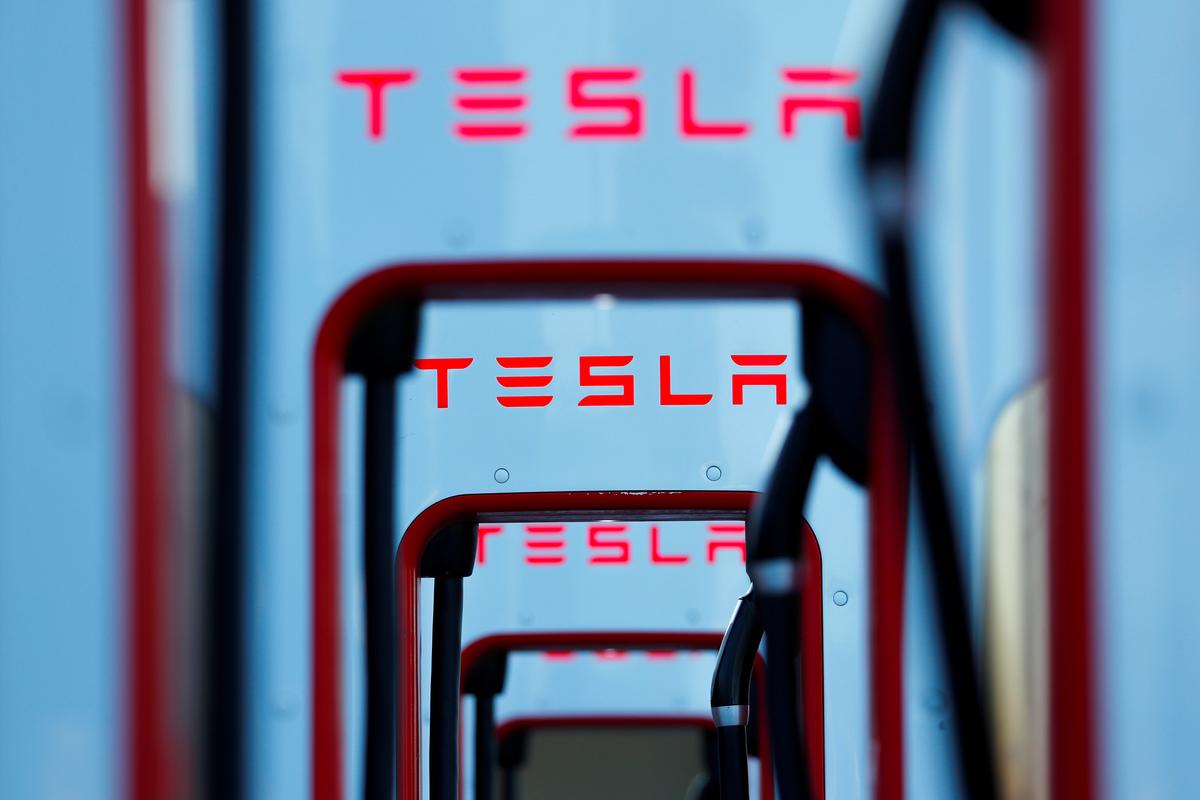 (Reuters) – Shares of Tesla Inc (TSLA.O) sank 11 percent on Thursday, on course to knock more than $5 billion off the […] 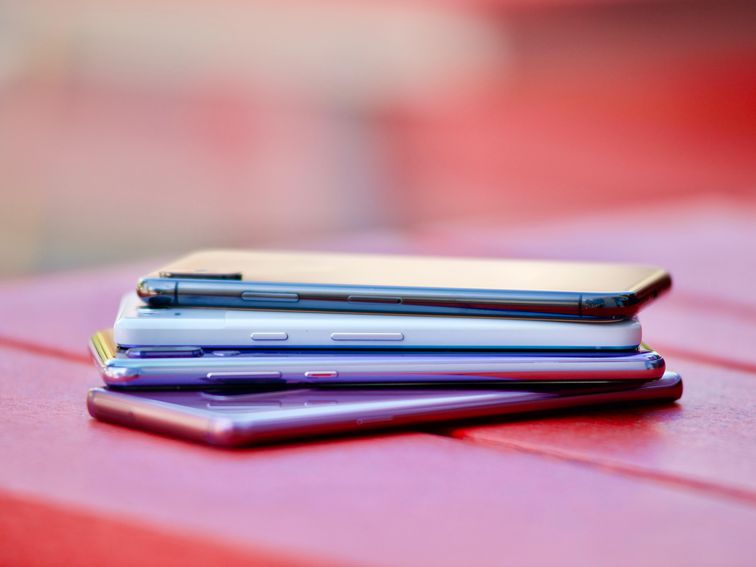 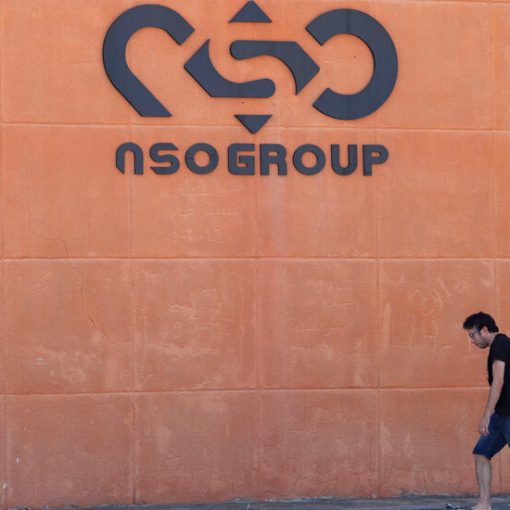 Doing so would effectively freeze NSO’s assets and force its largest investors, including Novalpina Capital, a British private equity firm — and […]