Boffelli’s had enough, he wants a cup of tea. No more kicking to the corner and the Pumas are on the board.

40 mins: Another secure lineout, an even maul, the siren sounds, and Argentina try to send the ball infield. They don’t get far before Tupou nails a Puma at the breakdown, slowing the drive down. Another penalty advantage called, Argentina chip and chase, but there’s nothing doing and play is called back to the penalty. This time Michael Hooper is spoken to, but there’s no card offered.

39 mins: Another safe throw, but Australia counter-maul brilliantly, driving the Pumas to the touchline. Somehow the ball is recycled and moved infield where the tight five get to work with successive concussive burrowing drives. It’s pitched battle on Australia’s line in the right corner, and there’s soon an advantage on the play for an offside. Argentina are camped within inches of a score, but the Wallabies hold on long enough for play to return to the penalty and we go through the whole process once again…

38 mins: The penalty is kicked to the corner and Argentina secure lineout ball but they can’t get a maul rolling. There’s a penalty against Australia for the counter-maul and the Pumas kick back to the corner and we go again.

36 mins: The TMO is having a look at the aerial contest following Argentina’s restart. The outcome is a penalty against Hodge for dangerous play by entering the contest with no realistic chance of taking the mark and causing the Puma jumper to land awkwardly.

Tomas Lavanini returns to the fray.

Lovely set-piece try. From the lineout Fainga’a runs around his throw to receive the offload and hand inside to the storming Valetini who makes the game’s first decisive line break. He munches metres until inviting the try-scoring machine Kellaway to dive next to the posts. Excellent training ground move.

33 mins: Australia get creative through White, Valetini and Hodge down the left, but it’s all bit chaotic. There’s a penalty advantage so Cooper floats a massive cutout pass to Kerevi, but the Pumas infringe and play is called back for a penalty that is belted deep into Argentinian territory.

31 mins: Hooper is penalised at the clean-out after Argentina try to run the ball into Australia’s half. Carreras kicks to the 22 and the 14-man Pumas have decent attacking territory for the first time. It doesn’t last long though because off the lineout it takes only a couple of phases before a knock-on. This match will not sell by the truckload on DVD, if one is ever minted.

From the resulting 5m lineout Australia form a maul, Argentina do well to stymie any momentum, but Fainga’a is alert to pinch the ball off the back and dart over the unguarded line. Clever from the Australian hooker.

“Three in a row” is the referee’s determination against the Argentina lock’s dangerous behaviour in the lineout. He gets ten minutes in the bin.

26 mins: From the lineout Australia get quick ball and Cooper tries to turn Argentina around, kicking crossfield for the run of Petaia on the right wing. The youngster is scragged and play is called back for an earlier penalty. That is again kicked to the left corner, and this time the lineout ends with a whistle Australia’s way.

25 mins: Argentina steal on their own line and kick clear. Hmmm.

25 mins: The attacking lineout isn’t clean but that’s because of an Argentinian infringement at the set-piece. Hodge kicks to the left corner for a 5m lineout.

24 mins: Argentina’s scrum is reset, and it barely looks stable before the front row collapses like a house of cards. The second scrum penalty for the Wallabies against the head.

22 mins: Australia’s first scrum feed of the night is just inside their own half and White darts off the back but the resulting combination is out of time and between Ikitau and Cooper there’s a knock-on. This has been a match short of continuity.

20 mins: Australia get the ball back and set to work with some patient multi-phase play in Argentina’s half. Cooper is to the force once again, marshalling his troops left and right. The Pumas are strong and resist some decent bursts from Slipper and Samu, and eventually earn a breakdown penalty to change the momentum.

18 mins: Scrappy play from both sides in midfield. First Argentina fail to ruck after Hooper nails Mallia in a tackle after the fullback marks a bomb, then Tupou passes to nobody on his outside with the Wallabies in good field position.

17 mins: From the drop out Carreras goes immediately for the long range drop-goal, but he tugs his effort wide.

16 mins: It’s a good throw this time and a terrific maul forms that rumbles 10m downfield deep into Australia’s half. A couple of phases off the back result before Carreras sends through a dangerous end-over-end kick that Hodge is happy to defuse for a line drop-out.

14 mins: Australia pilfer Argentina’s lineout now as the set-pieces fall apart for both sides. Cue another kicking exchange that ends with Cooper finding touch with a delicate crossfield dab. The Wallabies haven’t kicked as much as this all season, maybe they’ve been watching the Sprinboks too much? It comes back to bite them when Hodge overcooks his boot and Argentina have a lineout throw in Australian territory.

12 mins: Quick lineout ball for the Pumas just inside Australia’s half. The field opens up on the left and Mallia joins the attack. Everything gets a bit too narrow and the Wallabies bundle the ball carrier into touch. Australia’s first lineout throw is not straight.

Second time lucky for the Wallaby No 10. Australia in front off the back of a superb scrum.

9 mins: Australia monster Argentina with the first scrum of the day. That was seriously impressive. The scrum penalty is under the posts and surely the scoreboard gets moving now.

8 mins: Argentina make a mess of a high ball after the restart and Australia can build on halfway. Valetini bundles his way over the gainline, Cooper is busy going through the combinations in midfield, and the Wallabies are mounting a nice attack – until Tupou can’t hold onto a sharp inside ball on the burst from Cooper and everything grinds to a halt. Encouraging signs with ball in hand from Australia.

6 mins: Quade Cooper also makes a mess of his penalty. Kicking conditions are perfect but both efforts early on have been rubbish.

5 mins: More end-to-end kicking, this time enlivened by Petaia taking the ball dangerously into the line and offloading to the right wing where there’s a penalty at the breakdown. Australia’s turn to get the scoreboard moving.

3 mins: Boffelli took an age over his shot at goal and ended up dragging it poorly to the left.

2 mins: An early kicking exchange is highlighted by Cooper’s superb contested mark in traffic, but it’s Argentina who have the first bash with ball in hand. It soon earns them a penalty advantage just over halfway on the left wing for a dangerous tackle, and an early kicking opportunity.

The final 80 minutes of Australia’s Rugby Championship is underway…

And her come the Pumas in their stylish powder blue and white hoops. I bloody love this kit.

As the nominal visiting team Australia run out first. They’re in their familiar gold jersey with green trim this week, avoiding the unnecessary kit clash we witnessed last time out.

Lachie Swinton has had a quick word with Australian TV, during which he mentioned the sweaty ball is going to be an issue in these hot, muggy conditions.

After two days of violent thunderstorms it is hot, sunny, and dry on the Gold Coast. A westerly breeze will need to be taken into account, but it is secondary to the 28C temperatures in terms of environmental factors to be considered by team strategists.

Bret Harris is pleased the Wallabies are back to winning ways but concerned they may be over-reliant one mode of attack.


Would they have won three Tests in a row for the first time since 2017 without the return of block-busting inside centre Samu Kerevi? Not since the All Blacks decided to “give the ball to Jonah” at the 1995 World Cup in South Africa has an international side relied so heavily on one player.

Dave Rennie has freshened up his final Wallabies squad of this Rugby Championship. Into the second-row comes Darcy Swain, with Matt Philip dropping to the bench, while in the back row Pete Samu starts ahead of Rob Leota. There’s one change in the backs caused by Marika Koroibete’s return to Melbourne which means Andrew Kellaway shifts to the left wing and Jordan Petaia slots in on the right.

There’s a bunch of new faces on the bench, including Sean McMahon, who will make his first Test appearance since November 2017, and Greg Holmes, who at 38 will equal the record for the oldest player to play for the Wallabies since the War.

Hello everybody and welcome to live coverage of Argentina v Australia from Cbus Super Stadium on the Gold Coast. It’s the final round of this year’s Rugby Championship and kick-off is at 5.05pm AEST.

It’s been a funny old week in the Rugby Championship. Last weekend Australia made it a hat-trick of wins on the bounce for the first time in four years, against a toothless Argentina outfit.

But afterwards Pumas coach Mario Ledesma gave SANZAAR what for after nobody from the Albiceleste was represented at a competition photoshoot. “The boys and staff felt really disrespected,” Ledesma grumbled. “We’re not asking for much.”

But the show must go on, so despite a week of acrimony and disruption, Argentina and Australia will complete their Rugby Championship schedule.

I’ll be back with more shortly, but if you would like to join in, you can reach me by email or Twitter (@JPHowcroft).

The best, most richly gifted fly-half in Scotland has been dropped; he and his coaches disagree about his role and the way […] 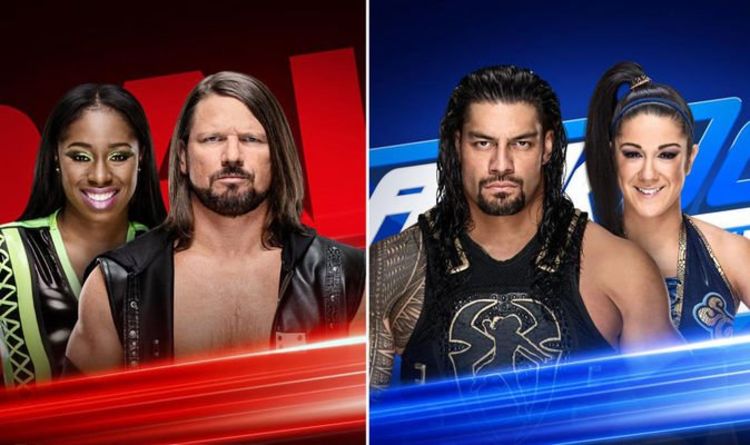 According to the publisher and editor of the Wrestling Observer Newsletter Dave Meltzer, Joe was expected to be part of RAW last […] 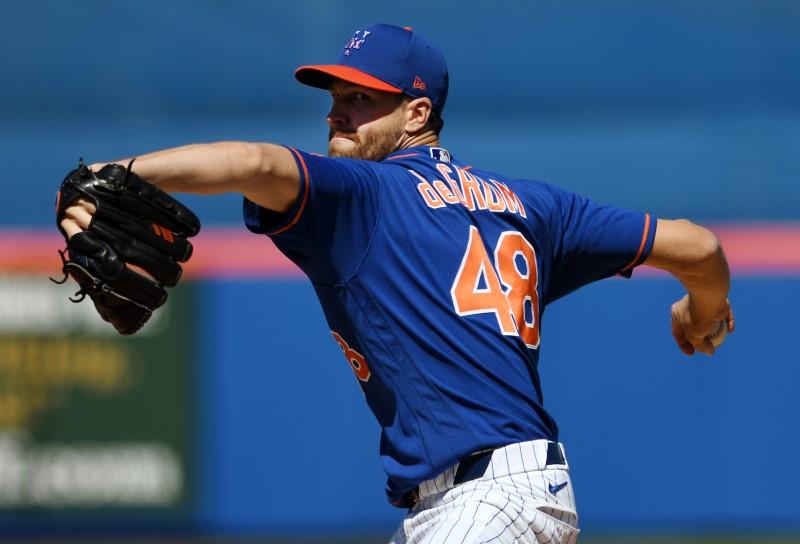