A leaked document has revealed the membership list of the secretive Council for National Policy (CNP), showing how it provides opportunities for elite Republicans, wealthy entrepreneurs, media proprietors and pillars of the US conservative movement to rub shoulders with anti-abortion and anti-Islamic extremists.

The Southern Poverty Law Center (SPLC), which monitors rightwing hate groups, describes the CNP as “a shadowy and intensely secretive group [which] has operated behind the scenes” in its efforts to “build the conservative movement”.

The leaked membership list dates from September last year, and reveals the 40-year-old CNP put influential Trump administration figures alongside leaders of organizations that have been categorized as hate groups.

The group was founded in 1981 by activists influential in the Christian right, including Tim LaHaye, Howard Phillips and Paul Weyrich, who had also been involved in founding and leading the Moral Majority. Initially they were seeking to maximize their influence on the new Reagan administration. In subsequent years, CNP meetings have played host to presidential aspirants like George W Bush and 1999 and Mitt Romney in 2007, and sitting presidents including Donald Trump in 2020.

In videos obtained by the Washington Post in 2020, the CNP executive committee chairman, Bill Walton, told attendees of the upcoming election: “This is a spiritual battle we are in. This is good versus evil.”

The CNP is so secretive, according to reports, that its members are instructed not to reveal their affiliation or even name the group.

Heidi Beirich, of the Global Project Against Hate and Extremism, said in an email that “this new CNP list makes clear that the group still serves as a key venue where mainstream conservatives and extremists mix”, adding that CNP “clearly remains a critical nexus for mainstreaming extremism from the far right into conservative circles”.

The document – which reveals email addresses and phone numbers for most members – shows that the CNP includes members of SPLC-listed hate groups.

They include leaders of organizations listed as anti-Muslim hate groups, including:

They also include several founders or leaders of groups listed anti-LGBTQ+ hate groups, such as:

Also, there are members of organizations listed as anti-immigrant hate groups, including James and Amapola Hansberger, co-founders of Legal Immigrants For America (Lifa).

Additionally, the list includes members of groups that have been accused of extremist positions on abortion. They include Margaret H Hartshorn, chair of the board of Heartbeat International, which has reportedly spread misinformation worldwide to pregnant women.

Several high-profile figures associated with the Trump administration, or conspiracy-minded characters in Trump’s orbit, are also on the list, such as Jerome R Corsi, who has written conspiracy-minded books about John Kerry, Barack Obama and the September 11 attacks. Corsi is listed as a member of CNP’s board of governors.

Along with these representatives of extremist positions, the CNP rolls include members of ostensibly more mainstream conservative groups, and representatives of major American corporations. Other still come from the Republican party, a network of rightwing activist organizations, and the companies and foundations that back them.

A newcomer to the group since a previous version of the member list was exposed is Charlie Kirk, founder and president of Turning Point USA (TPUSA), a conservative youth organization.

The CNP is so secretive, reports say, that members are told not to reveal their affiliation or name the group

Conservative movement heavyweights in the group include Lisa B Nelson, chief executive of the American Legislative Exchange Council; Eugene Mayer, president of the Federalist Society; Grover Norquist, president of Americans for Tax Return; Daniel Schneider, executive director of the American Conservative Union, which organizes the CPac conference; and L Brent Bozell III, the founder of the Media Research Center and a member of the Bozell and Buckley dynasties of conservative activists.

Their number also includes sitting congressmen such as Barry Loudermilk and influential operatives like David Trulio, who was the senior adviser and chief of staff to the under-secretary of defense in the Trump administration.

The member list also includes representatives of major US corporations, such as Marc Johansen, vice-president for the satellites and intelligence program for Boeing; Jeffrey Coors, of the Coors brewing family, who have extensively sponsored conservative groups; Lee Roy Mitchell, the founder and chairman of the board for movie chain owner Cinemark Holdings; Steve Forbes, the founder and chief executive of the Forbes business media empire; and Scott Brown, a senior vice-president at Morgan Stanley.

Other members of the group represent organizations that operate under a veil of secrecy, with conservative “dark money” organizations well represented.

One member, Lawson Bader, is the president of Donor’s Trust and Donors Capital Fund, non-profits that disguise the identities of their own donors, and whose largesse to rightwing causes has seen them described as “the dark-money ATM of the conservative movement”.

Another member, Richard Graber, is the president and chief executive of the Lynde and Harry Bradley Foundation. The Bradley foundation has long bankrolled conservative movement causes, including Donors Trust, and has reportedly also sponsored widespread efforts to discredit the election of Joe Biden in 2020.

Conservative media figures are also on the list: Neil Patel, co-founder and publisher of the Daily Caller; Larry Beasley, chief executive of the rightwing newspaper the Washington Times; and Floyd Brown, the founder of the Arizona-based Western Journal and founder of the Citizens United Pac.

The 220-page document – which includes a statement of principles and an indication of members’ policy interests alongside a complete member list – was leaked and provided to journalists via transparency organization, Distributed Denial of Secrets.

Emma Best from that group said in a messenger chat that CNP was “a secretive forum for ultra-wealthy and elite conservatives to strategize and form long-term plans that have national and international impact”. Therefore, she said, “any opportunity to shine a light on their members, activities and interests is clearly in the public interest”.

The Guardian repeatedly requested comment from CNP staff, including Executive Director Brad McEwen, and other groups mentioned in this story but received no immediate response. Good morning. Melissa Clark has a fantastic new recipe in the newspaper we printed last night, folded into blue bags and tossed […] 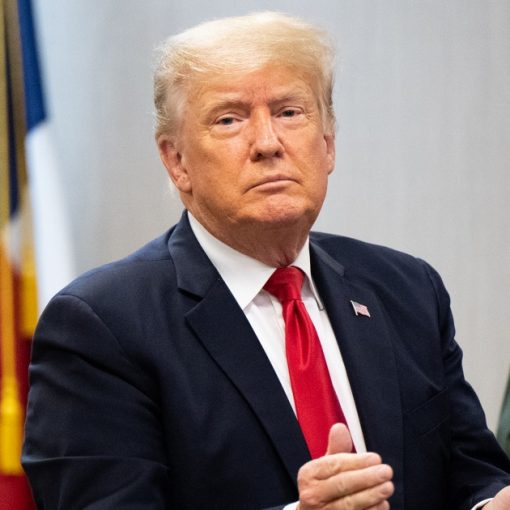 Former U.S. President Donald Trump asked a federal judge in Florida on Friday to ask Twitter to restore his account, which the […]