If you are a scientist studying how carbon dioxide (CO2) emissions are altering the ocean, you likely know who Andrew Dickson is—and can’t get along without him.

Over the past 32 years, Dickson, a marine chemist at the Scripps Institution of Oceanography, has sent some 150,000 bottles of carefully characterized seawater to researchers worldwide. The small flagons are indispensable: They enable scientists to calibrate instruments and ensure measurements of seawater alkalinity, inorganic carbon, and pH are accurate and comparable even when collected by different researchers working years or oceans apart. The certified reference materials have been critical to tracking how the buildup of CO2 in the atmosphere is causing parts of the ocean to become more acidic, potentially threatening marine life.

“I don’t think that I’d be wrong in stating that every single paper on [ocean acidification] either uses Dickson standards or uses data generated by a lab that used Dickson standards,” says Shallin Busch, deputy director of the U.S. National Oceanic and Atmospheric Administration’s (NOAA’s) Conservation Biology Division.

Now, however, marine researchers face the prospect of losing access to this obscure mainstay of their research. Dickson, 68, is considering retirement, and it’s not clear whether his lab—the world’s only source of the reference samples—can maintain its funding once he’s gone. As a result, the ocean science community is scrambling to come up with a plan to keep the bottles flowing. The issue “is very high on our risk register,” says marine scientist Elaine McDonagh of the United Kingdom’s National Oceanographic Centre.

The COVID-19 pandemic has helped reveal just how heavily scientists rely on Dickson’s samples. After pandemic precautions prevented his laboratory from producing them for some 9 months in 2020, the waitlist grew to more than 7000 bottles, and some researchers had to delay studies for a year or more. The lab still hasn’t caught up to demand. The pandemic “exposed the fundamental issue with having just one point of failure,” said Elizabeth Jewett, director of NOAA’s Ocean Acidification Program, during a meeting earlier this year on the issue.

Dickson’s role as a standard setter for marine chemistry began in 1989. At the time, even reputable labs repeatedly produced significantly different numbers when analyzing the same batch of seawater, imperiling data reliability. So, inspired by an existing system that standardized ocean salinity measurements by comparing seawater with reference samples, Dickson and geochemist Charles David Keeling set out to create reliable reference samples for other measures, winning National Science Foundation funding for the effort. Dickson says it took a “slightly twisted mindset” to develop and implement the system, which relies on meticulous measurements—conducted by Guy Emanuele, a senior technician at Scripps—to ensure each sample has known characteristics. So far, no one has been able to rival Emanuele’s accuracy although many have tried, he and Dickson say.

The 500-milliliter bottles have been sent to scientists in 62 countries and enabled a wide range of influential research, including the first global survey of ocean carbon, launched in the late 1980s, and studies of how climate change is altering marine habitats. The samples are also key to lab experiments in which fish and other organisms are reared in seawater of varying pH, to understand how marine life might cope with future ocean conditions. “You use these standards, and you’re on your way,” Dickson says.

Dickson isn’t yet sure when he will stop working, but last year a U.S. Interagency Working Group on Ocean Acidification began to explore ways to keep the samples available and address practical barriers, such as the burden that shipping costs place on some researchers. The group has solicited ideas from private firms and publicly funded institutions interested in taking over the task, if they can find the funding. The price tag includes several hundred thousand dollars in startup costs and a $500,000 annual operating budget (not including staff salaries).

Dickson notes that other laboratories have abandoned past efforts to produce similar samples, likely because of the complexity, cost, and know-how required. The working group is exploring multiple ideas for making production easier: one is creating a secondary supply of less precisely characterized samples, which could be cross-checked with more precise samples. Or labs in multiple countries might divide up the job of supplying the samples. Dickson thinks diversifying the sources could ease accessibility, but worries the labs might not all adhere to high standards. And turning the task over to a private firm could place profits before quality, he says.

The interagency working group currently has no deadline for issuing recommendations, but Dickson notes his lab is funded through at least March 2024, giving the community several years to plan. Jewett is optimistic researchers will find a solution. “We have to solve it, right?” she says. “Because it’s the long-term underpinning of ocean carbon research.” 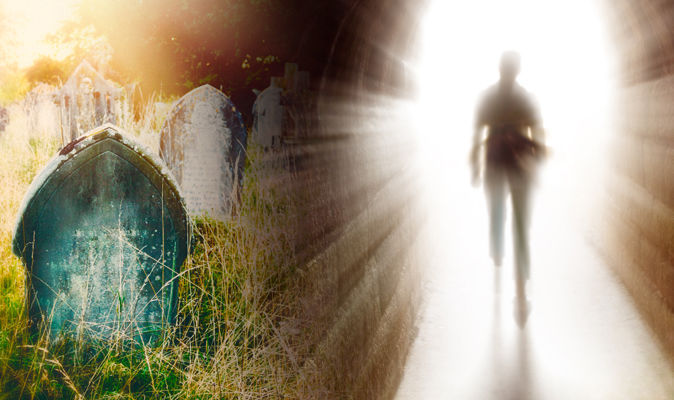 Reincarnation is generally a religious concept that implies that upon a select few’s deaths, their soul, mind or conscious is transferred to […] 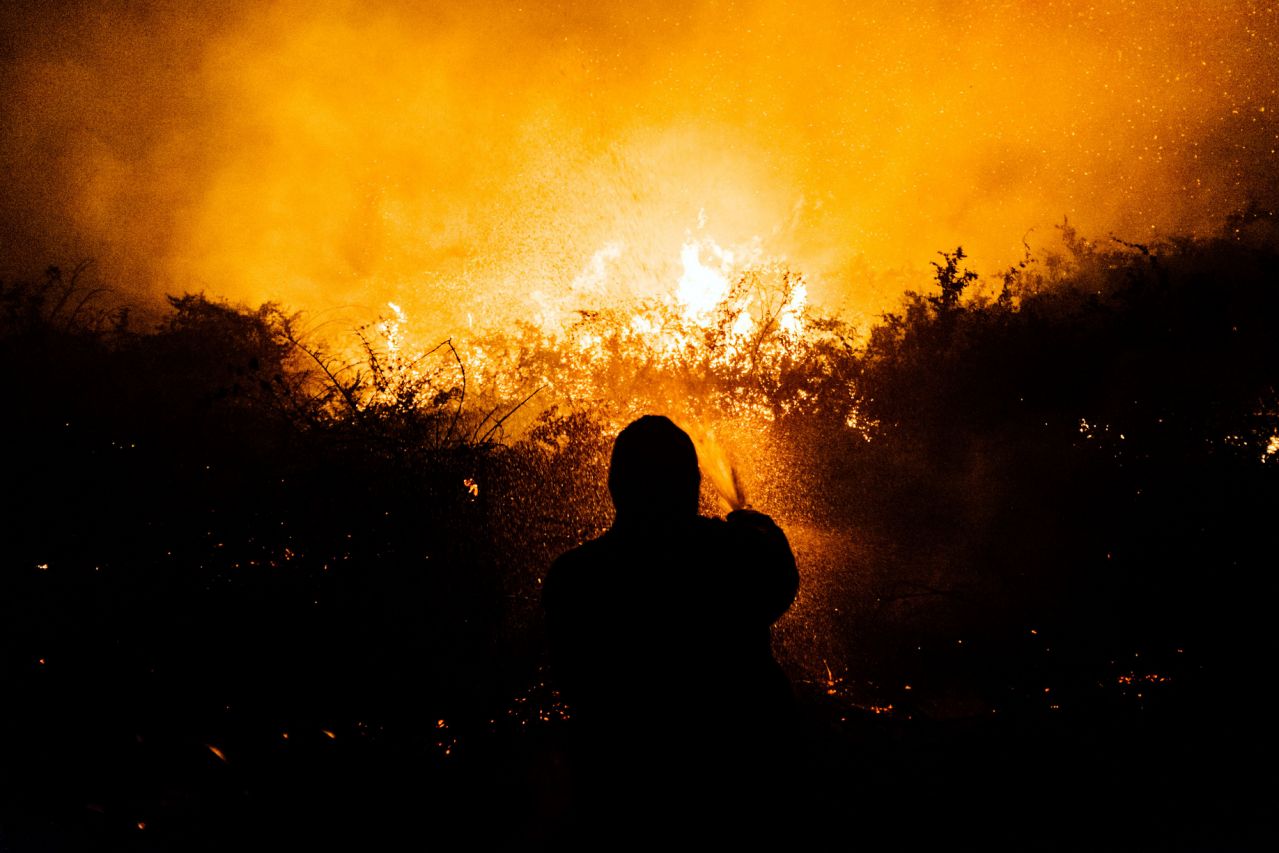 A volunteer firefighter at work in the Pantanal region of southern Brazil on Aug. 28, 2020. (Maria Magdalena Arrellaga/The New York Times) […] 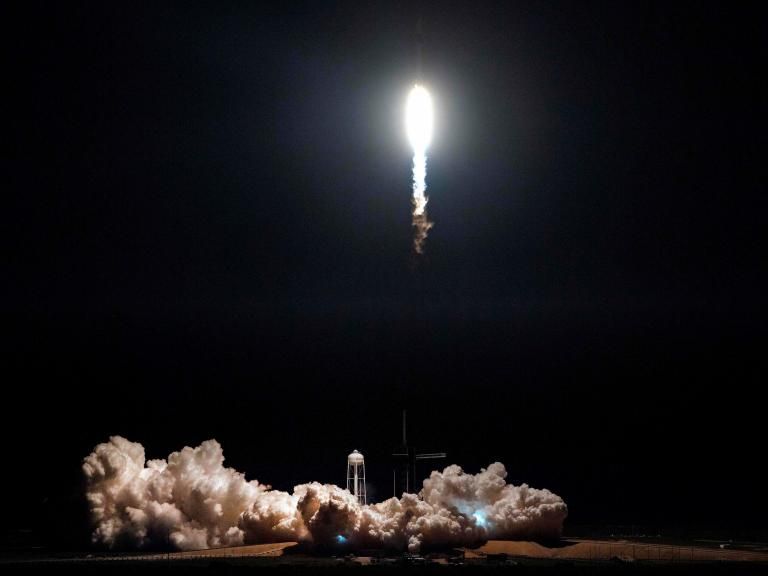 After the success of Rosetta, the European Space Agency plans to launch three spacecraft to wait in space until a speedy comet from […]