“Today’s report reveals that companies not only under-report the high levels of toxic content in their baby food, but also knowingly keep toxic products on the market,” said Democratic Rep. Raja Krishnamoorthi of Illinois, chair of the House Subcommittee on Economic and Consumer Policy, which conducted the investigation.

Several baby food manufacturers CNN contacted disagree with the subcommittee’s assessment, and all say they are committed to working closely with the US Food and Drug Administration to address the issue.

Arsenic and other heavy metals are natural elements found in soil, water and air. Rice, which is a common ingredient in baby cereal, is grown submersed in water and is especially good at absorbing inorganic arsenic, the most toxic form.

“Even in trace amounts, these contaminants can alter the developing brain and erode a child’s IQ,” said Jane Houlihan, research director for Healthy Babies Bright Futures.

“The impacts add up with each meal or snack a baby eats — especially when the levels are as high as Healthy Babies Bright Futures’ research and the subcommittee’s new report show.”

In an earlier investigation released in February, the subcommittee looked at internal testing documents from four major baby food manufacturers: Gerber; Beech-Nut Nutrition; Nurture, Inc., which sells Happy Baby products; and Hain Celestial Group, Inc., which sells Earth’s Best Organic baby food.
The documents showed some products contained levels of lead, mercury, cadmium and inorganic arsenic were far above limits set for bottled water by the FDA and the US Environmental Protection Agency. Ground water can easily absorb heavy metals from the soil, and old lead pipes leak, so drinking water is a key exposure to heavy metals.
Inorganic arsenic, lead, cadmium and mercury are in the World Health Organization’s top 10 chemicals of concern for infants and children.

Of the four companies, the subcommittee found only Nurture tested the final product — the actual food babies would eat — after all ingredients had been added. The rest of the companies tested some, but not all ingredients, the investigation found.

That’s a significant concern, the report said, because each ingredient may have levels of toxins that fall under the cutoff for safety — but when added together, they may exceed government standards.

There is no safe level of lead for children, according to the EPA and US Centers for Disease Control and Prevention. While there are no specific limits set for infant foods, the EPA and FDA set an upper limit of 2 parts per billion of inorganic mercury in drinking water, and 5 parts per billion for cadmium.
In 2016 the FDA introduced a standard of 100 parts per billion for inorganic arsenic in infant rice cereal, finalizing that guidance in August 2020. But that level is too high to protect babies’ brains, critics said, especially considering the agency had already set the limit for bottled water at 10 parts per billion (ppb).

“FDA set the limit at 100 ppb because it was focused on the level of inorganic arsenic that would cause cancer. It disregarded the risk of neurological damage, which happens at a much lower level,” the report stated.

A maximum level of inorganic arsenic in baby food should be set at 10 parts per billion, the report said, “with a 15 ppb limit for infant cereal, as proposed in the (proposed) Baby Food Safety Act.”

An FDA spokesperson told CNN that the agency continues to make “steady progress towards developing action levels for lead in foods and evaluating the science to establish reference levels for arsenic and cadmium.”

“We look forward to providing additional updates on our efforts as new data, information, progress updates and additional material are made available.”

In May, the state of Alaska conducted a FDA-funded analysis of Beech-Nut’s and Gerber’s infant rice cereals and found “multiple samples” contained more inorganic arsenic than the “FDA’s 100 parts per billion (ppb) limit,” the report stated.
In early June, Beech-Nut Nutrition issued a voluntary recall of two infant rice cereals with product codes 103470XXXX and 093470XXXX. The company also announced that it was exiting the infant rice cereal market.
“Beech-Nut is concerned about the ability to consistently obtain rice flour well-below the FDA guidance level and Beech-Nut specifications for naturally occurring inorganic arsenic,” the FDA said in the recall announcement.

However, the subcommittee criticized Beech-Nut in the new report, saying the manufacturer had not gone far enough to protect the public.

“Beech-Nut only recalled two of its six products that tested over the limit,” the House subcommittee stated.

Beech-Nut Nutrition told CNN that “the assertion that Beech-Nut’s rice cereal recall was too narrow is incorrect” because it proactively withdrew all of its rice cereal products from supermarket shelves.

“Beech-Nut has taken a leadership role and is the first and only national brand to commit to being a fully rice-free brand across its full product portfolio,” the company said.

The subcommittee report was also critical of Gerber.

“Gerber was even worse (than Beech-Nut) —it had two products test over the 100 ppb limit and took no action to tell the public or get them off the shelves,” the subcommittee stated.

A Gerber spokesperson told CNN that the FDA had retested the samples, and was unable to confirm the result by Alaska, adding that the FDA “confirmed to Gerber that no action was needed.”

“While the Subcommittee report notes proposed limits on specific heavy metals, those are based on proposed standards from the Baby Food Safety Act, which are not current law or regulation. All Gerber foods have and continue to meet all applicable guidelines and limits set by the FDA, the governing body for safety regulations in the food industry,” the spokesperson said.

In their original report released in February, the House subcommittee said three companies had failed to fully cooperate with the investigation. Those baby food manufacturer’s are:

A Campbell spokesperson told CNN that despite selling the Plum Organics brand, they will continue to cooperate with the “subcommittee throughout this process” and will continue “support the FDA’s efforts in setting clear and specific science-based federal standards.”

Sun-Maid Growers of California told CNN in an email that it will “thoroughly examine the updated report from the Subcommittee on Economic and Consumer Policy and continue to work with the subcommittee — as well as the industry at large — to address these matters.”

In 2018, Walmart “abandoned” a standard in place since 2013 that set an internal inorganic arsenic limit of 23 parts per billion for the baby food it sells, the report said, “quadrupling it” to allow up to 100 parts per billion.

Walmart’s senior director of national media relations, Randy Hargrove, told CNN that the company had “always required that our suppliers’ products meet the guidelines established by the FDA. Our specifications have always been aligned with or below the FDA requirements for naturally occurring elements and the FDA noted in April that its testing shows that children ‘are not at an immediate health risk to exposure.’ “

In the April release cited by Walmart, the FDA also noted that research has shown “reducing exposure to toxic elements is important to minimizing any potential long-term effects on the developing brains of infants and children.”

Finally, investigators found Sprout’s testing practices “to be the most reckless among baby food manufacturers,” the report stated, because it only requires yearly testing for toxic metals and fails to test their finished products.

Sprout has not responded to a CNN request for comment on the new report. But on its website, Sprout says that it is ready to make any changes to our “sourcing or processing systems that may be advised by the FDA,USDA, or other relevant regulatory bodies. Sprout will always comply with regulatory guidance and continue to monitor developments closely.”

Role of manufacturers and FDA

In both reports, the subcommittee recommended the baby food industry voluntarily test the final product to be sold and address the problem of toxic metals in baby food by phasing out ingredients that are high in toxic heavy metals.

“Based on my Subcommittee’s findings, I’m urgently calling on the baby food industry to immediately end harmful practices and conduct finished-product testing,” Krishnamoorthi said in the statement.

In addition, the subcommittee is urging the FDA to move faster in its efforts to establish specific regulations and mandate testing of final baby food products, not just ingredients.
In March, the FDA told baby food manufacturers they must consider toxic chemicals when they test their baby food for potential hazards, but the agency was criticized for not quickly setting concrete rules to remove toxic heavy metals from all baby foods.

“We have been working closely with FDA on regulations, and this report highlights the need for the agency to accelerate its proposed timeline for publishing them,” Krishnamoorthi said.

However, there are potential downsides to moving too quickly on regulations, the FDA said.

“While we understand that people may want rapid changes, it is crucial that measures to limit toxic elements in foods do not have unintended consequences—like limiting access to foods that have significant nutritional benefits by making them unavailable or unaffordable for many families,” a spokesperson told CNN.

Parents can act as well, experts say, by pushing their representatives to support the proposed Baby Food Safety Act or by refusing to purchase baby foods from manufacturers who do not comply with the safety recommendations.
Parents can also try to avoid foods, such as rice, that typically absorb more heavy metals from the soil. The 2019 investigation by Healthy Babies Bright Futures found cereal and rice-based snacks like puffs had the highest arsenic levels.

Using this method “can remove up to 70 percent of the arsenic while still preserving some of the nutrients,” Houlihan said.

Instead, “serve a variety of fruits and vegetables, instead of serving the same thing every day. This avoids accidentally concentrating any particular contaminant in a child’s diet,” Houlihan advised.

The Healthy Babies analysis found parents can reduce their baby’s risk of exposure to lead and cadmium by 73% by taking these steps.

When carrots, sweet potatoes and other root vegetables are served, be sure to peel them to remove heavy metals on the surface, she said, adding that “organic and homemade baby foods also contain heavy metals, so the steps above apply to those foods as well.” 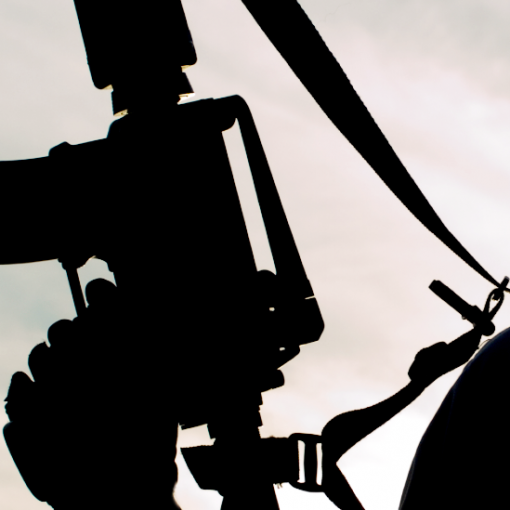 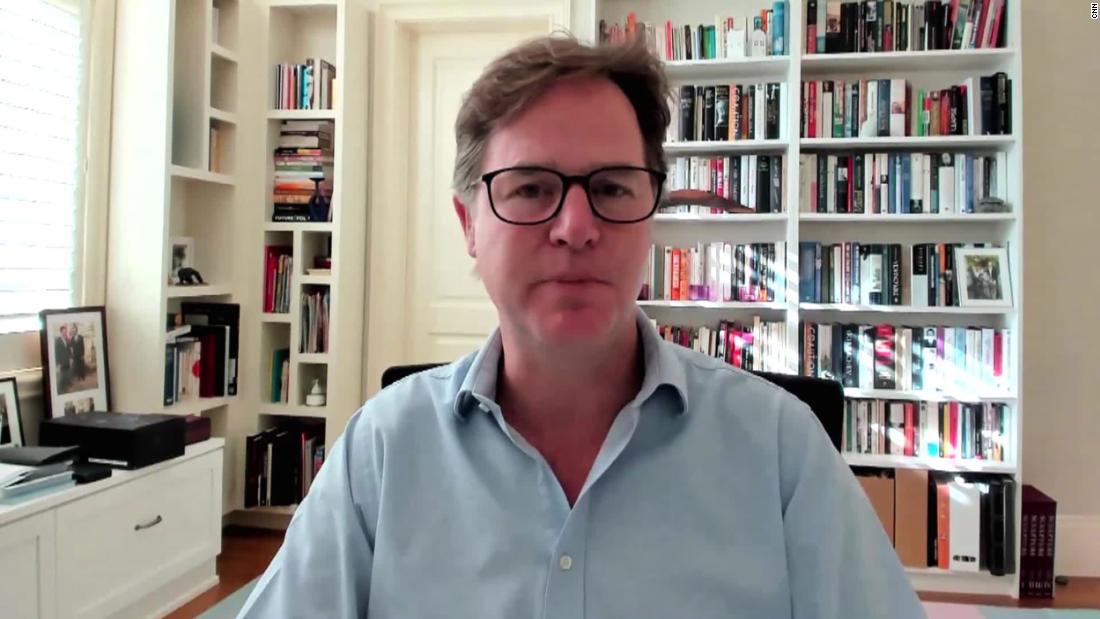 The companies pulling ads from the site now include some of Facebook’s biggest advertisers, such as Verizon (VZ), Unilever (UL) and Starbucks […] 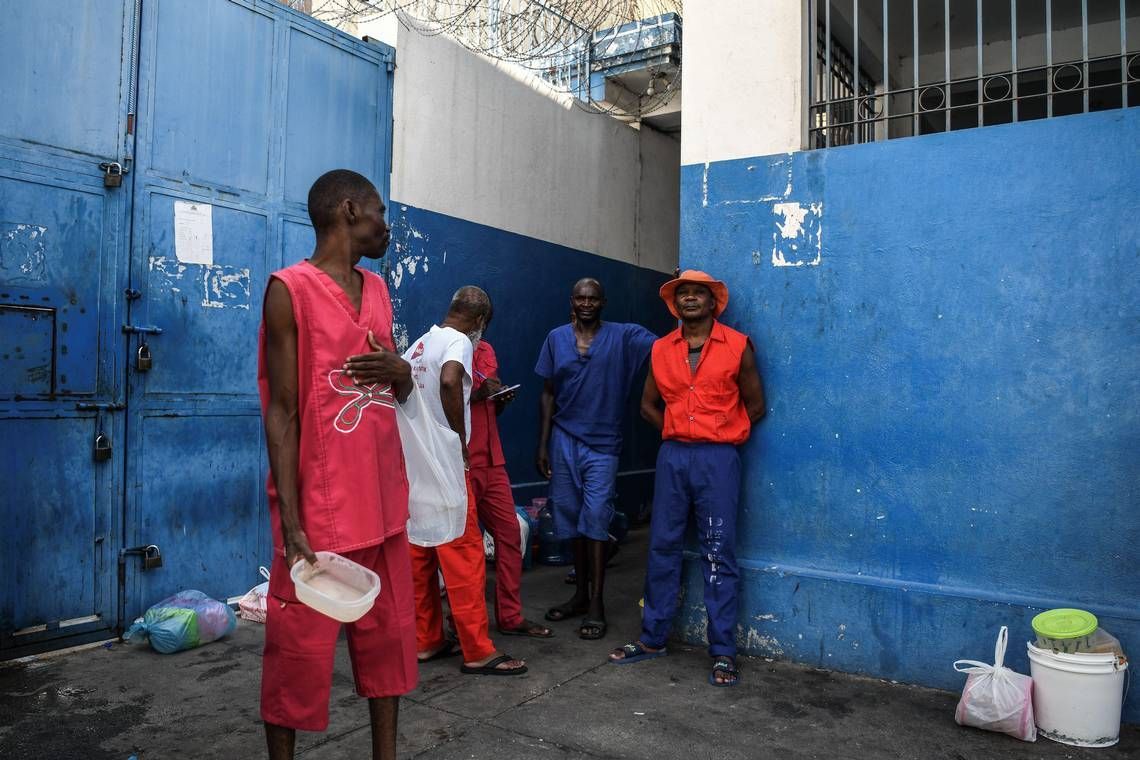