Identical twins are living proof of how genetics shapes our looks and traits. Now, researchers have found they carry a molecular signature on their DNA that no one else has—one that becomes fixed in their cells early in development and stays with them into adulthood.

This signature doesn’t seem to influence a twin’s health, but it could offer insights into how identical twinning happens. “It is a starting point” for solving “what is really an enigma,” says Jenny van Dongen, a twin genetics researcher at Free University (VU), Amsterdam. The signature could also be used to test whether a person had a “vanishing twin,” an identical twin that died in the womb.

Identical twins occur when an egg splits soon after it is fertilized, resulting in two embryos with the same DNA. Scientists have some idea how fraternal twins, which result when two eggs are fertilized, happen: Both genetics and age may tip ovulating women toward producing two or more eggs at once. But experts don’t really understand what factors lead to identical twins, which make up about four of 1000 births.

An international team led by van Dongen and VU twin genetics researcher Dorret Boomsma looked for clues in what’s known as the epigenome. Patterns of chemical tags called methyl groups glom onto genes, turning them on or off. (Such epigenetic changes are responsible for everything from enabling Peruvians to live at high altitudes to helping the placenta develop.)

Using blood and cheek cell samples, the researchers scanned the epigenomes of more than 3000 identical twins, as well as a comparable number of fraternal twins and some twins’ parents. They looked at 400,000 different places on each person’s genome. About 800 locations had differences in methylation that set identical twins apart from everyone else, the team reports today in Nature Communications. “It’s likely something established very early on that is propagated to subsequent cells,” van Dongen says.

Some of the methylated or unmethylated spots made sense, such as tags on genes involved in cell adhesion that might influence how easily a fertilized egg splits into two embryos. But changes in other locations, such as the ends of chromosomes, don’t have an obvious explanation. These regions have been associated with aging, yet identical twins’ life spans are similar to other people’s.

Understanding the epigenetic changes and whether they are a cause or effect of an egg splitting will require lab studies using embryolike structures made from stem cells or early animal and human embryos (with appropriate ethical review), says Jeffrey Craig, a twin researcher at Deakin University, Geelong Waurn Ponds. For now, the findings offer “fascinating insights into potential mechanisms in [identical] twinning,” says twin researcher Nancy Pedersen of the Karolinska Institute, who like Craig wasn’t involved with the research.

The work could shed light on some rare disorders involving epigenetic changes, the VU-led team says. The growth disorder Beckwith-Wiedemann syndrome, for example, is more common in identical twins than in single births. It could even help firm up a hypothesis that such disorders only occur in identical twins, which would be “big news if proved true,” Craig says.

An epigenetic test might also be useful to determine whether a person once had an identical twin that vanished in the uterus, perhaps because it didn’t have enough room or nutrients to grow. Sometimes a twin fetus appears in an ultrasound before vanishing, but other times it may be absorbed without leaving a trace. As many as 12% of pregnancies start out as multiples (including fraternal twins), according to some estimates, but only 2% of twin pairs survive.

Using a separate data set, the epigenetic signature could predict whether someone was an identical twin in 70% to 80% of cases, van Dongen says. With data from a large enough group of people, the test would get even better, she says, and it could also help “predict the exact rate” of vanishing twins. That figure would be useful not only for researchers, but also “of broad interest” to twins themselves and to families who are mourning the loss of an identical twin, Boomsma says. Earthquakes are common in many parts of the world, but they are rare on the British isles as the uK is not […]

Ben Lippolis flew across the country to take part in a student hyperloop competition hosted by Elon Musk. This was no science fair. At the Space […] 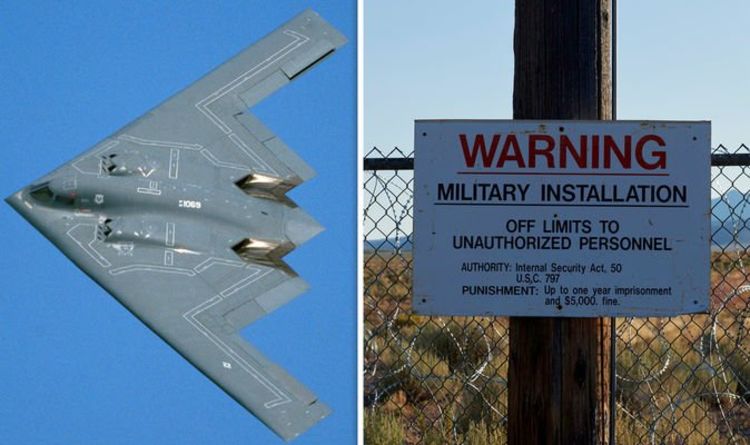 In the build-up to September 20, more than two million people threatened to “storm” Area 51 – the US’ most secretive military […]