A showpiece occasion at Lord’s with a trophy on the line would be enough to get any cricketer’s juices flowing, but Lancashire go into the Bob Willis Trophy final against Warwickshire on Tuesday warmed by several layers of motivation. The wounds caused by being pipped to the County Championship title last Friday are still raw, and it is only a few weeks since the teams’ last match in Manchester ended in a draw that caused frustration that still simmers.

“We tried to ignore it,” Lancashire’s Steven Croft says of the dramatic climax to the league season. His team had wrapped up the victory they needed against Hampshire in three days, but to win the title required Somerset to avoid defeat as their match at Edgbaston concluded the following afternoon.

“We felt quite helpless, and didn’t particularly watch the stream. Quite a few of the lads went into Manchester and tried to get our minds off it, but we kept getting updates. It was quite frustrating. I thought Somerset had a chance – it seemed a nice wicket and initially we thought it was quite a sporting declaration, and that Somerset could potentially win that game or hold on, but with them having nothing to play for there wasn’t much fight there. We did all we could do the day before to win our game and do our bit, and after that it was out of our hands.”

And so to Lord’s, and a chance to take the edge off that disappointment. “We want to prove that we could have won it,” Croft says. “We both ended up on the same amount of wins, and when they came to Old Trafford it felt like they came with the intention to draw, and back themselves against the other teams. It almost feels like they felt threatened by us and didn’t want to take us on in that game. So this is our chance to prove we are good enough to have won the championship. There won’t be cricket hangovers once we get down there and ready to play: we’ll be raring to go and hopefully prove a point.”

Warwickshire have had to deal with hangovers of a different kind after sealing their first title for nine years, a victory celebrated into the early hours of Saturday morning. “The club were kind enough to put on some food and drinks for the players and their families,” says their captain, Will Rhodes (whose own take on that match at Old Trafford is that “it wasn’t exactly a thrilling pitch so we did the job we needed to do – to get a draw there felt like a very good result”).

“It was almost a bit of winding down really, and getting out of season mode, and it carried on until the early hours as it should and as the occasion deserved. There were a few sore heads the next day, but I was pleased we got to stay around and reflect on what has been a remarkable year.”

Another thing the players had to reflect on was the need to refocus for another high-profile game in just a few days’ time. “We laughed about it on Friday night,” Rhodes says. “There were a few grumblings that we’ve got to play another game, that it might tarnish what we’ve achieved. But actually when we got to Lord’s and started training at the place, that’s all the motivation you need. You don’t often get to play here, and you don’t often get to play in a final – there’s another piece of silverware on the line and to have two trophies in the cabinet rather than one would make it a bit more special.”

The decision to almost immediately fling the top two finishers in the County Championship into another game for a different trophy always felt, in Croft’s words, “slightly weird”. (It will surely feel particularly weird for Alex Davies, who having scored more red-ball runs this summer than any Lancashire player but Josh Bohannon, represents them for the final time before leaving to join Warwickshire.) But it should make for some good sport, at least if the match is not completely derailed by the forecast rain.

“We knew the format before we went into the season. Even a few weeks out, if you’d said we’d be playing at Lord’s we’d have taken it, knowing it meant we would have finished on top or next best,” says Croft. “It’s a bit strange but you can’t beat a game at Lord’s, and we’ve got the incentive to be able to say, if we do win the game, that we were just as good a team as Warwickshire.”

Warwickshire meanwhile will fight to prove that they are worthy champions, and for another set of medals. “It’s been pretty cool. I’ve woken up with a medal round my neck for the last couple of mornings,” says Rhodes. “We’ve not been in this situation before, where we’ve won a trophy and had to go again, but it’s something we want to get used to. Lancashire are a very good team full of very dangerous players. I guess they’ll be hurting a little bit from not winning the championship, and just texting Alex Davies he said he’s right up for it – and that means we’ve got to be right up for it as well.”

This is an extract from the Guardian’s weekly cricket email, The Spin. To subscribe and get the full edition, just visit this page and follow the instructions. 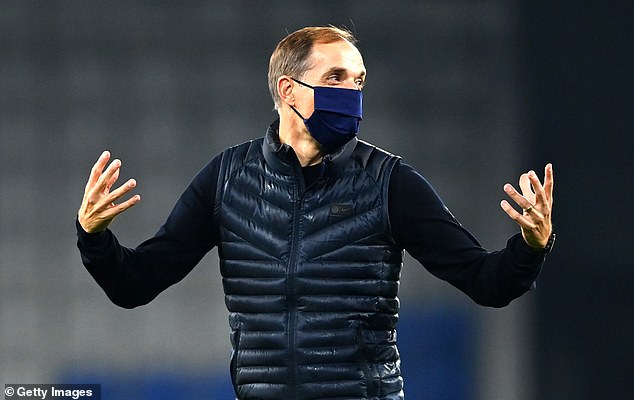 ‘We are going to kill the players’: PSG boss Thomas Tuchel hits out at intense fixture schedule which sees his team play […] 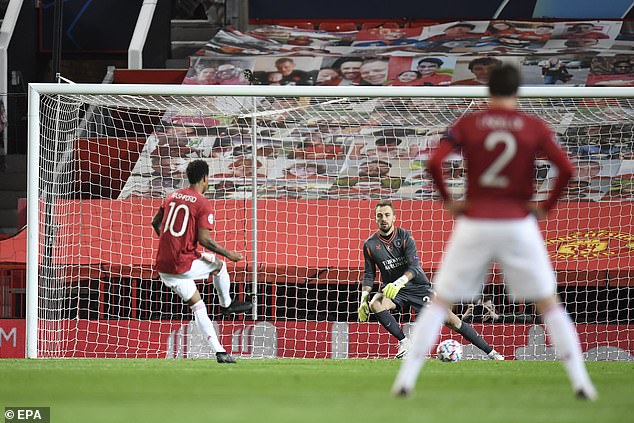 Marcus Rashford was ALWAYS going to take Manchester United’s next penalty, reveals Bruno Fernandes after passing up on a hat-trick to keep […]

Lewis Hamilton won the Spanish Grand Prix with a controlled run from pole to flag in Barcelona. Untroubled out front and with […]

A female wrestler has made history by winning a state high school wrestling championship in North Carolina. The North Carolina High School […]