NASA’s Juno mission has been orbiting Jupiter and snapping stunning photos for more than five years.

The spacecraft launched more than 10 years ago, on August 5, 2011. As it sped towards Jupiter, it snapped a goodbye photo of Earth, proving that its cameras were ready for space.

Juno finally reached the giant, gaseous planet in 2016. It fell into Jupiter’s orbit that July.

Since launch, the probe has traveled more than 1 billion miles, and its JunoCam instrument has taken more than 19,800 photos.

Then citizen scientists merge the layers and process them to make colorful portraits. They enhance the colors to highlight different bands of Jupiter’s atmosphere, storms, and clouds.

Juno’s orbit takes it far from Jupiter, then swings it back towards the planet for close flybys. In those flybys, the probe has flown by Jupiter’s north pole, where eight storms rage around a giant, Earth-sized cyclone at the center.

The planet’s south pole is no less stunning. Juno gave us the first close-up pictures ever taken of Jupiter’s poles.

Seen together, the series of photos that Juno snaps during each flyby enables image processors – like Seán Doran, who created this composite – to show the spacecraft’s journey.

The successive images show Juno zipping from one pole to the other in just a few hours, approaching Jupiter and then flying away.

But Juno’s mission isn’t about pretty pictures. It’s looking for clues about how Jupiter formed and how it evolved over time.

That history can help scientists learn about the beginnings of our solar system and give clues about Jupiter-like gas giants orbiting other stars.

A year after its arrival, Juno zipped past Jupiter’s Great Red Spot, a raging storm near the planet’s equator. It discovered that this cyclone goes 200 miles deep – that’s 50 to 100 times as deep as Earth’s oceans.

Juno has also spotted the aurora ribboning across Jupiter’s south pole – like auroras on Earth, but hundreds of times more powerful. Unlike other planets’ auroras, Jupiter’s emit powerful X-rays.

In June, the spacecraft flew past Jupiter’s icy satellite Ganymede, the largest moon in the solar system. Scientists think that Ganymede harbors an ocean beneath its surface, which means it could harbor life.

Citizen scientist Gerald Eichstädt compiled Juno’s imagery into a time-lapse video of its June flyby, which took the spacecraft past Jupiter and Ganymede.

The video lasts three minutes and 30 seconds, but in reality, it took Juno nearly 15 hours to travel the 735,000 miles between Ganymede and Jupiter, then about three additional hours to travel between Jupiter’s poles.

Juno has also captured the shadow of Jupiter’s volcanically active moon, Io, passing between the planet and the sun. Altogether, Jupiter has 79 moons.

Juno was originally set to push itself to a fiery death in Jupiter’s atmosphere this July, but NASA extended its mission through September 2025. It now plans to zip past the moons Ganymede, Io, and Europa.

In the process, Juno is sure to beam back more photos of the largest planet in our solar system.

On the International Space Station, Christmas was celebrated with a special screening of “Star Wars: The Last Jedi.” Meanwhile, on Earth, the […] 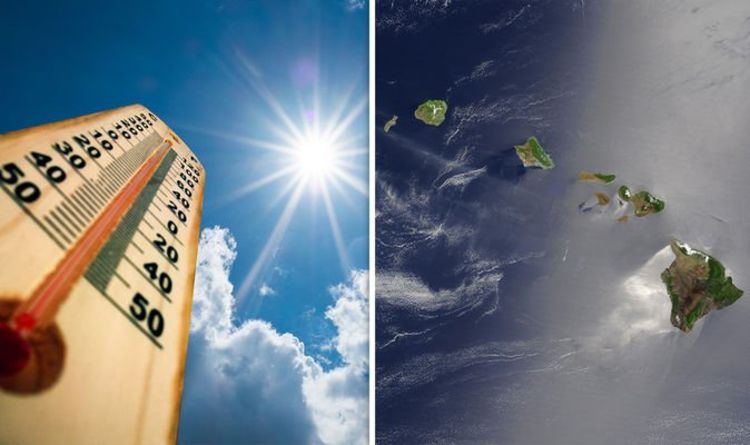 The planet’s climate has been constantly changing over geological time in the planets 4.5 billion-year-history. However, scientists are now increasingly concerned about the […]

A pair of smart glasses and an implant behind the retina have given vision back to people with macular degeneration, letting them […]