Centuries before the rise of the Roman Republic, a different culture dominated the Italian Peninsula: The Etruscans, a sophisticated civilization whose heartland was in and around modern-day Tuscany, and who have posed an enduring puzzle.

Skilled farmers, metalworkers, and merchants, the Etruscans traded extensively with other Mediterranean civilizations. They had a distinct culture, with a more egalitarian role for women, and art that was more stylized and impressionistic than that of their neighbors and seemed to show influences from the eastern Mediterranean. Their language, preserved in fragmentary tomb inscriptions, was completely unrelated to anything spoken by their ancient neighbors or Europeans today. A new study of Etruscan DNA, however, shows these people were genetically the same as their neighbors—and argues that their culture and language were holdovers from an even earlier era. Among the first to speculate on the roots of the Etruscans was the Greek historian Herodotus, who wrote around 500 B.C.E. that they were migrants from Anatolia who brought with them a distinctive language and culture. The Romans, too, were fascinated by their predecessors.

“They were a powerful formative influence on Rome in its early days,” says Harvard University historian Michael McCormick, a co-author on the new study: The first kings of Rome were Etruscan speakers, Etruscans may have founded the city of Rome itself, and many Roman institutions and cultural practices were borrowed or adapted from their Etruscan neighbors.

More recently the puzzle of their origins has deepened. Although linguists focused on the Etruscans’ seemingly exotic language, archaeologists saw signs of local ties. Etruscan art and artifacts seem to be part of a longer regional tradition, not a brand-new arrival in the area, says University of Cambridge archaeologist Graeme Barker, who was not involved in the research. “It’s hard to explain that away.”

The new study, of DNA from dozens of Etruscan-era skeletons taken from earlier excavations and museum collections, offers an explanation. In a paper published today in Science Advances, a team of archaeologists, geneticists, and linguists led by University of Tübingen geneticist Cosimo Posth finds the Etruscans were descended in part from Stone Age farmers who lived in Europe beginning around 6000 B.C.E. That would make them much like people elsewhere on the Italian Peninsula at the time, including their Latin neighbors. And like their neighbors, by 1600 B.C.E. the Etruscans seem to have absorbed an influx of new arrivals tracing their ancestry back to the open grasslands, or steppes, of modern-day Russia and Ukraine.

“The Etruscans look indistinguishable from Latins, and they also carry a high proportion of steppe ancestry,” Posth says. That suggests the Etruscans were as local as anyone else in prehistoric Italy.

The paper’s authors argue that Etruscan culture and language predate the arrival of the steppe people and was just particularly resilient: As new arrivals trickled into today’s Tuscany, they may have learned Etruscan, married into local families, and integrated into Etruscan society.

“Almost everywhere else, these new people and new languages triumphed, along with their culture,” McCormick says. “Here, that didn’t happen: The old culture maintained itself and thrived.” Etruscan was spoken and used in tomb inscriptions for another 800 years, until the dominance of Rome and its Latin tongue pushed it quietly into extinction in the first century C.E.

To make sure the human remains they were sequencing were Etruscan, the scientists radiocarbon dated them, producing a bonus of sorts: Almost half of the skeletons archaeologists found in Etruscan-style tombs turned out to be from later periods. “People reused the Etruscan necropolises multiple times to bury their dead,” Posth says.

The genetic makeup of these later remains showed outsiders continued to migrate to the region. At the height of the Roman Empire around 1 C.E., the DNA records a major contribution from the Eastern Mediterranean, perhaps from slaves brought to work on the farms of central Italy. And between 500 and 1000 C.E., an influx of DNA from Northern Europe testifies to the Germanic tribes that invaded and conquered the peninsula.

The discovery that the Etruscans were as local as their neighbors, even if their language was unrelated, is a welcome reminder that genes and culture aren’t synonymous, says Anthony Tuck, an archaeologist at the University of Massachusetts, Amherst, who was not involved in the research. That’s something that’s often lost in recent studies of prehistoric migrations, he says, as well as in modern discourse about race and ethnicity. “We’ve been too simplistic in assuming genes equal culture,” Tuck says. “This data shows people can engage in cultural forms that aren’t related to their genetic makeup.”

McCormick says the next step is understanding how the Etruscans held out for so long. “They’ve got the same gene flow as everywhere else, but their culture and language are not affected,” he says. “Now, the ball’s back in the historians’ and archaeologists’ court to understand … what it was about the culture of the Etruscans that helped it survive.” 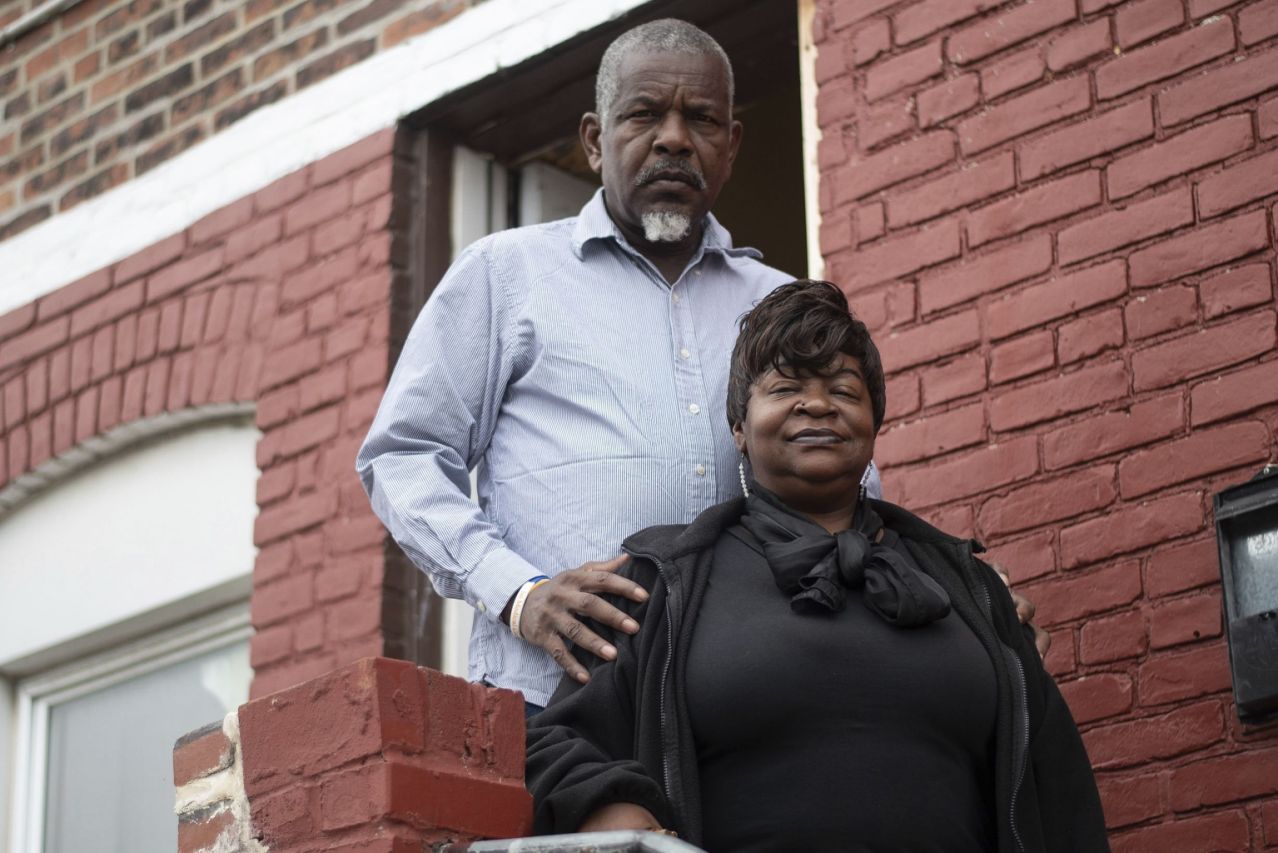 BALTIMORE (AP) — Heat radiates from the asphalt and concrete that cover the streets, the sidewalks, the alleys, even the tiny yards […] 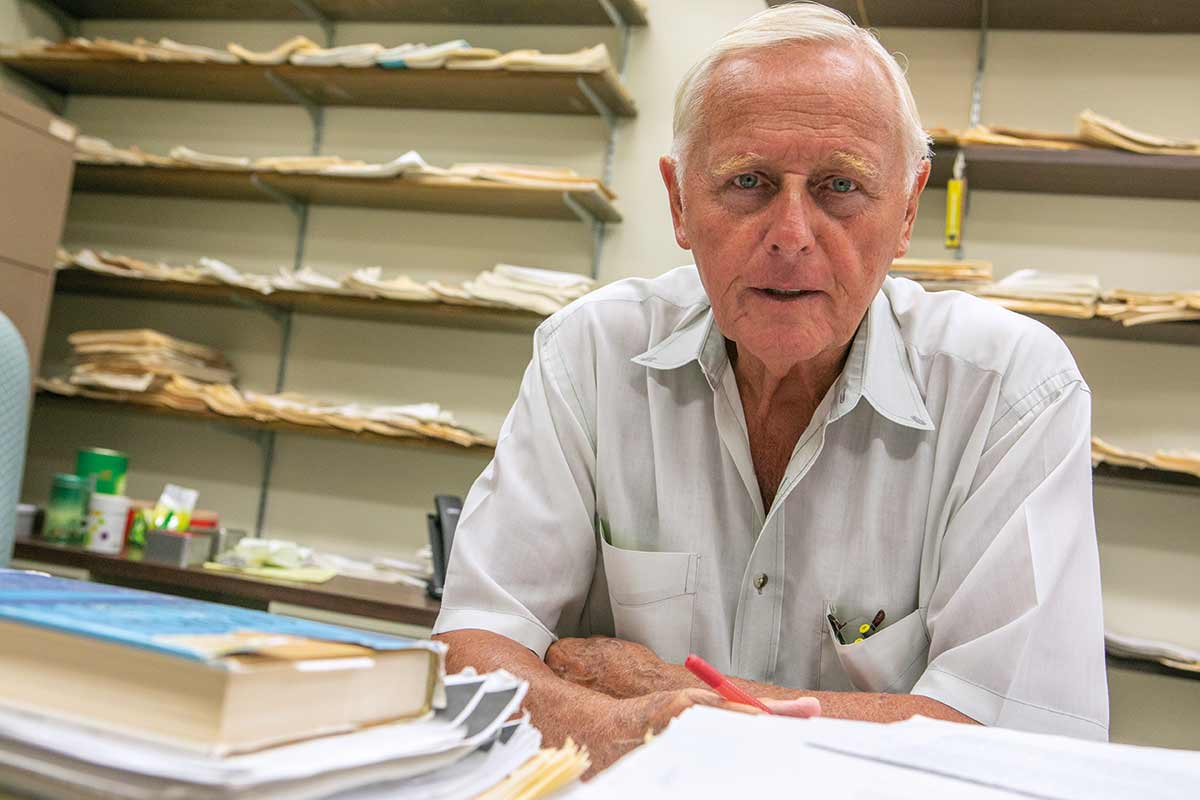 One of the prize winners, Peter van NieuwenhuizenJohn Griffin/Stony Brook University Communications Supergravity is the idea that launched a thousand theories. This […] 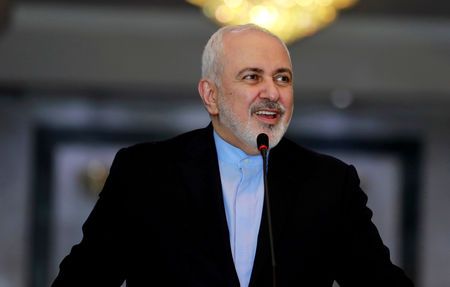