We have not yet reached the point where the American public has grown tired of the Ryder Cup and its unsatisfactory outcomes. Europe have prevailed in four out of the last five stagings of this event, which marks a blow to the confidence of an expectant sporting nation.

At lunchtime on Thursday in this rural corner of Wisconsin, Bryson DeChambeau did laps of the 1st tee, Jim Furyk danced in a manner inappropriate for a man of 51 and Dustin Johnson blasted T-shirts into the stands from the kind of launcher typically seen in Star Wars. The whooping, hollering and screaming was of a crowd primed for epic battle. Five years have passed since a Ryder Cup took place on this side of the Atlantic; absence has clearly made the hearts grow fonder. With the wind whipping and Lake Michigan growling, this is already quite the spectacle. Now for the serious stuff as Europe seek to keep hold of the golden trophy over the rugged terrain of Whistling Straits.

Pádraig Harrington turned to the Spanish to spearhead Europe’s defence. Jon Rahm and Sergio García will take on Justin Thomas and Jordan Spieth in match one of the foursomes. Johnson and Collin Morikawa will represent the US against Paul Casey and Viktor Hovland in game two. Brooks Koepka will team up with Daniel Berger against the English duo of Matt Fitzpatrick and Lee Westwood. Rory McIlroy and Ian Poulter were Harrington’s choice for match four, where they will face Patrick Cantlay and Xander Schauffele. The US captain, Steve Stricker, who was reduced to tears during the opening ceremony, therefore left DeChambeau on the sidelines for session one.

Earlier, the Harry Potter actor Tom Felton had been removed from the course by medical teams. The 34-year-old had featured in a celebrity match. No immediate update was provided on his status by the PGA of America.

What price a fast start? Of all the statistics – hundreds – associated with this competition, one leaps out. Europe have not won the opening session of a Ryder Cup since 2006. At Hazeltine in 2016, the US won all four of the Friday morning matches and never had cause to look in the rear view mirror. Given the scale of support for the hosts this time, a scenario linked of course to travel restrictions, Europe surely cannot afford to concede early momentum. The first foursomes session is hugely important.

It is no surprise that heavy favouritism has been bestowed on the US. The state of relaxation visible within the European contingent all week therefore makes perfect sense: Harrington and his players have absolutely nothing to lose. Seven of Harrington’s team played in Paris three years ago as the US were dismantled. In Rahm, Europe have the world’s top-ranked player.

“This is a team effort,” said Rahm. “It’s not like I can do it by myself. That win in France, you create a bond that’s unforgettable and it would be a really good feeling to be able to do it on my first try on US soil as well.”

Rahm backed away from the sense that he is already regarded as a talisman within the European team room. “We have plenty of players in the team that are vocal enough, that have done this enough that naturally others will gravitate towards for guidance,” said the Spaniard. “I’ll let the clubs and the ball do the talking. I’ll leave the speeches and the leadership to the guys that have been doing this for a long time.”

Harrington has exuded confidence of his own since the make-up of his team was confirmed. He has consistently branded his dozen players as the best in terms of ball striking that Europe has fielded.

“If this was run by computer, the US are winning,” Harrington said. “But everything around the stats of this course suggest you want to be a good ball-striker. When you miss the greens, you either get an easy chip or an incredibly difficult one; lie, stance. A good chipper gets no value here. The players who play well tend to hit lots of fairways and greens. There are more long irons than at any course we will play on. My team is full of ball-strikers and it’s balanced. We aren’t hiding anybody, there’s nobody you think can’t play foursomes or fourballs.”

Indeed, the adaptability of the vast majority of Europe’s team is noticeable. Tyrrell Hatton, who regularly gives the impression that he would throw punches at his own shadow, needs a little care and attention but others can be trusted with a variety of partners.

The US scene is more complex. Koepka and DeChambeau may insist their very public mutual indifference is a non-issue for this week alone but the failure of Steve Stricker to put his problem children together even for a practice session was telling. Koepka insisted on Thursday that comments that suggested he had little time for the Ryder Cup had been “spun”. Stricker has six debutants in his team and even though the Open champion, Morikawa, is among them the 24-year-old has been out-of-sorts. In his home state, leading a team all placed inside the top 21 of the world rankings, Stricker is the captain who has scope to be embarrassed. “We have a task in front of us that we have a chance to do something really special for our team, our country and especially for Stricks,” said Tony Finau. “We want to win this not only for everything involved but especially for our captain.”

Youth is on the hosts’ side – an average age five years younger than the Europeans could be significant at a physically demanding venue. The lack of penal rough around Whistling Straits is typical for a Ryder Cup in the US but means comparisons with the 2015 US PGA Championship, which was also played here, are not necessarily valid. Spieth was second in that event, with Koepka tied fifth, Johnson in a share of seventh and Finau tied for 10th.

The only numbers that count this time are 14, the number of points Europe need to retain, and 14 and a half, required by the US to reclaim. In America’s dairyland, those involved are certain to milk the atmosphere.

Everybody remembers the ending. With one ball remaining Nottinghamshire had to score three to win, and steal the Benson & Hedges Cup […] 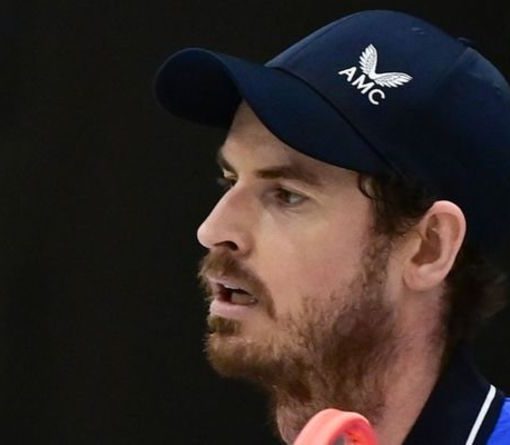