Perseverance is rolling across Mars and making history as it goes.

On Feb. 18, NASA’s Perseverance rover officially aced its journey to Mars and survived a harrowing landing to arrive safely on the surface of the red planet. The next-gen rover and its companion, an experimental helicopter called Ingenuity, have opened a new era in planetary exploration.

Ingenuity is a tech demonstration, the first vehicle to achieve powered, controlled flight on another planet. Perseverance has a bigger, bolder mission, one that could forever change our understanding of the cosmos. It’s hunting for signs of past life on Mars.

The Mars we know today was once very different. Humanity’s latest rover is a resident of the dry and dusty Jezero Crater, which was likely home to an ancient lake. It’s the perfect place to look for signs of microbes from Mars’ past and to delve into the planet’s geologic history. One way Perseverance is doing that is by drilling into rocks and collecting samples.

In September, the rover triumphantly collected its first sample by drilling a core from a rock nicknamed Rochette and sealing it into a tube. This marked a historic moment because of what it represents: The sample may be retrieved and brought back to Earth one day. NASA is planning an ambitious mission to collect the rover’s samples and bring them home in the 2030s for scientists to study in person.

Perseverance went on to collect a second sample from Rochette. An initial study of the rock has already pointed to a better understanding of the history of the Jezero Crater. It likely held water for long periods of time in its past. “It looks like our first rocks reveal a potentially habitable sustained environment,” said Perseverance project scientist Ken Farley. That’s good news in the search for signs of microbes.

The rover will be gathering more samples as it moves about in the crater.

From the cosmos to your inbox. Get the latest space stories from CNET every week.

Mars selfies have been a hallmark of NASA’s rover missions. Perseverance delivered a memorable self-portrait at the site of its drilling and sample-collecting triumph. A GIF melded two versions of the September selfie, one with the rover “looking” at the rock and one with its “head” turned toward the camera.

The rover’s first selfie arrived in April and showed Perseverance posing with the Ingenuity helicopter on the ground nearby. That image was taken prior to the helicopter’s first flight attempt.

Perseverance is doing much more than just snapping amazing images of Mars. The rover is an entire laboratory on wheels. These are some of the key mission objectives:

The mission is planned to last for at least one Mars year, which works out to about 687 days on Earth (it takes longer for Mars to go around the sun). However, NASA has a good track record with extending its robotic Mars missions. We can look to the long-lived Opportunity and Curiosity rovers as role models for this.

Since Sojourner in 1997, NASA has sent a succession of increasingly sophisticated wheeled explorers to Mars. Perseverance is the latest and greatest. In July 2020, it launched on an epic journey across space.

The rover reached the surface of Mars on Feb. 18, 2021. The landing process involved some of the most harrowing minutes of the entire mission, and you can relive it through an incredible NASA video released just days after arrival.

Earth observers were treated to an unprecedented view of the entry, descent and landing process thanks to cameras that captured all the excitement and stress, from the opening of the parachute to the lowering of the rover.

After landing, the six-wheeled vehicle snapped images of the Martian landscape, listened to the breeze and prepared for surface operations.

Jezero Crater is located just north of Mars’ equator and was once home to a river delta. That history of water makes it a prime spot to look for signs of past microbial life.

“The landing site in Jezero Crater offers geologically rich terrain, with landforms reaching as far back as 3.6 billion years old, that could potentially answer important questions in planetary evolution and astrobiology,” NASA’s Thomas Zurbuchen said when the site was announced in 2018.

Within days of the landing, NASA released the rover’s first panorama of the crater, a sweeping view of the rocky and dusty landscape that is Perseverance’s science playground.

The car-size Perseverance rover looks fairly similar to its predecessor, Curiosity, but also represents quite a few technology advances since Curiosity was designed. Here are the numbers:

Perseverance is loaded with seven instruments chosen to help it achieve its mission objectives. You can get the full rundown from NASA, but here are some highlights:

Mastcam-Z: The camera system mounted on the rover’s mast is equivalent to eyes on a head. According to NASA, its main job is “to take high-definition video, panoramic color and 3D images of the Martian surface and features in the atmosphere with a zoom lens to magnify distant targets.” The mastcam is our main viewing window onto the Jezero Crater.

Moxie: The Mars Oxygen In-Situ Resource Utilization Experiment is one of the ways Perseverance is helping to prepare humans to go to Mars. This instrument is designed to make oxygen from the carbon dioxide atmosphere. This capability will be necessary to help future human explorers breathe, but it would also help us make propellant for rockets right on site. That’s a necessary step for bringing our Mars astronauts back to Earth after their missions.

SuperCam: When you put a camera, laser and spectrometers together, you get SuperCam, an instrument that looks for organic compounds, a key part of the quest for signs of past microbial life. “It can identify the chemical and mineral makeup of targets as small as a pencil point from a distance of more than 20 feet (7 meters),” said NASA.

Sherloc: The Scanning Habitable Environments with Raman & Luminescence for Organics & Chemicals tool, or Sherloc, as the instrument is affectionately known, will search for signs of life on the red planet. The instrument and its companion camera (nicknamed Watson) are capable of taking microscopic images of Mars and analyzing them. Equipped with a laser it can fire at the surface, Sherloc is able to measure chemicals present in the soil and rock using a technique known as spectroscopy.

“Let’s send a helicopter to Mars” might have sounded a little far-fetched, but NASA did it anyway. Ingenuity, a small rotorcraft designed to work in the challenging conditions on the red planet, was tucked into the rover’s belly for transit.

Ingenuity was considered a high-risk, high-reward technology demonstration. It ended up thumbing its nose at the risks and delivering a bounty of rewards.

The chopper’s short first flight took place in April 2021, and the chopper worked beautifully. Since then, Ingenuity has completed over a dozen flights and worked its way through some technical challenges. It went from being the star of the mission to taking on a supporting role as a scout for the rover.

Ingenuity is soaring and has become a model for a new way to investigate other worlds. Check out this video for more on how this little copter could change the way we approach space exploration.

NASA now has three major machines operating on the surface of Mars: the Perseverance and Curiosity rovers and the stationary InSight lander. InSight is located in a region called Elysium Planitia, a large plains area. Curiosity is cruising around Gale Crater, a giant ditch with a massive mountain inside it. Perseverance is scoping out a very different part of the planet as it continues NASA’s legacy of Mars exploration.

The last time we had two functioning rovers on Mars was in 2018 when the Opportunity rover lost contact with home due to the impact of a global dust storm. Perseverance won’t have the same issues as Opportunity. Like Curiosity, it uses a nuclear power source that doesn’t require sunlight to keep it going.

Perseverance is a long way from Earth, but it carries poignant remembrances of its home planet. More than 10.9 million people signed up to have their names travel with the rover through NASA’s Send Your Name to Mars public outreach program. The names are etched on small silicon chips that NASA installed on the rover on an aluminum plate underneath a protective shield.

The plate also bears an illustration of the Earth, our sun and Mars. Hidden in the sun’s rays is the message “explore as one,” written in Morse code.

A separate aluminum plate pays tribute to health care workers and their efforts to aid humanity during the coronavirus pandemic. This plate carries an illustration of a serpent wrapped around a rod with the Earth at the top.

These names and messages are a reminder that NASA’s robotic explorers never truly travel alone. Perseverance is the culmination of years of effort from NASA, but it’s also an emissary for humanity, an extension of our curiosity and sense of wonder, and a little bit of Earth on Mars. 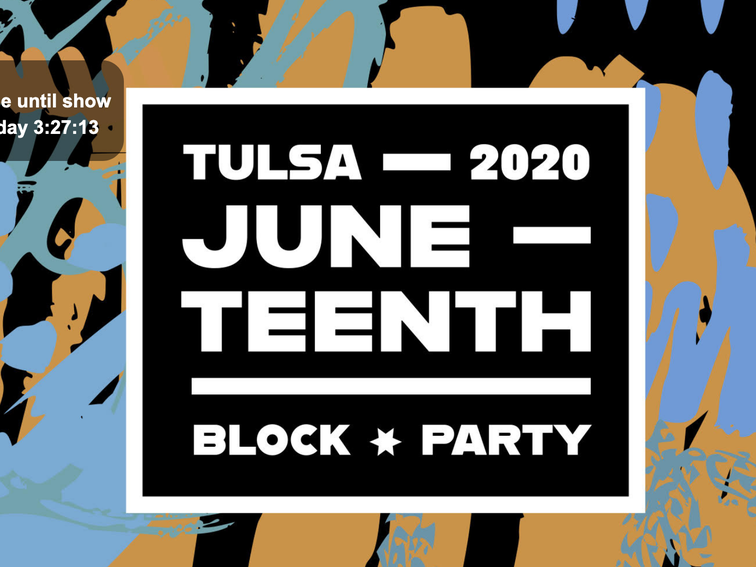 Join the livestream of the Tulsa block party on Saturday. Tulsa, Oklahoma is once again on the national stage over issues of […] 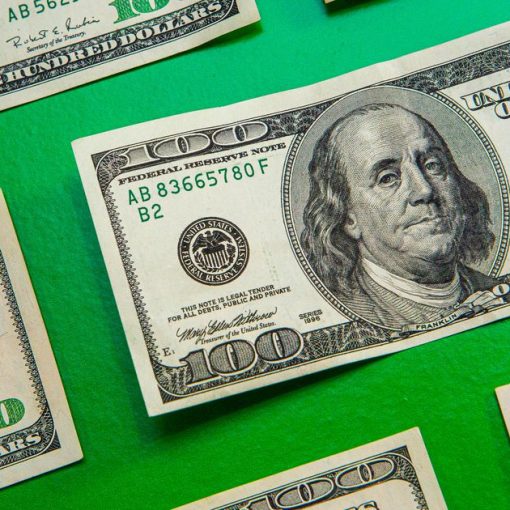 Smart thermostats can help you save money and keep your house comfortable year-round.  If you just got a new Nest Thermostat, there […] 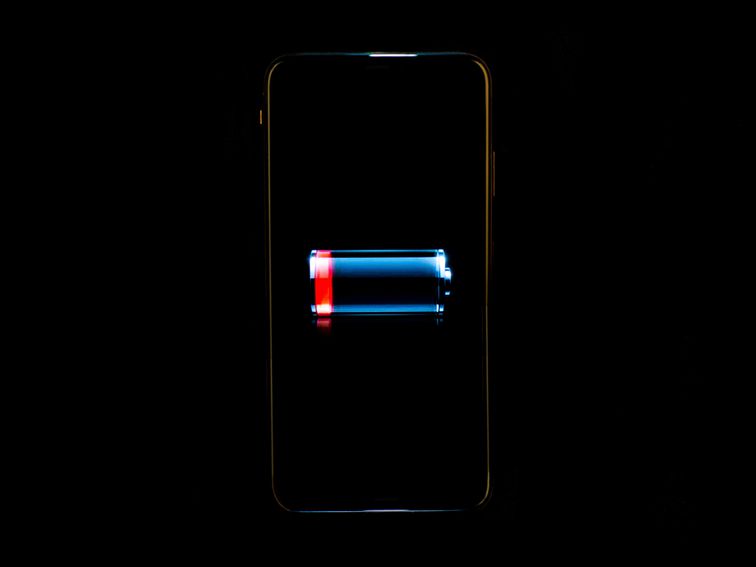 We’ve learned some tips to keep your phone battery out of the red zone. Angela Lang/CNET Samsung does it. So do Huawei, Google, […]