Set by industry regulator Ofgem, the cap helps to control the cost of gas and electricity bills in the UK. It already rose to £1,131 in April and, from October 1, another 12 percent increase will come into effect, with the cap rising to £1,277. Ofgem has committed to reviewing the level of the energy price cap twice a year in February and August, effective from April 1 and again from October 1.

The next review is set to take place in February 2022, and Mike Foster, Chief Executive of the Energy and Utilities Alliance (EUA) has told Express.co.uk that “it’s certainly going to increase at least another £100 based on what’s happened in the last few weeks”.

It comes as gas prices have soared to record highs ahead of the winter as the country begins to get back on its feet following a recovery from the pandemic.

Experts have warned that central heating could be a “luxury for the rich” this winter, and Mr Foster says more needs to be done to make sure this does not happen.

He told Express.co.uk: “Everybody is suffering as a consequence of gas prices being high.

“We know from asking customers in a poll that two-thirds of them are really worried about being able to afford to keep warm this winter.”

Mr Foster called on the Government to resolve the issue by providing support to the most economically vulnerable energy customers.

He said: “The Government need to act on that to reassure that there will be some help, particularly for the least well off in our communities.

“There are things it could do almost with immediate effect to just protect the most vulnerable.

“We’ve got the budget coming up in the autumn, and the Government is in the position where it could give some support and uplift the winter fuel allowance.

“We don’t want people worrying about whether they can afford to turn on their heat and be able to heat their home and eat food, that’s absolutely not what you want on anybody’s watch so any support that you can give in the short term will help and there are tools available to do that quite quickly.”

Energy Secretary Kwasi Kwarteng has previously played down any fears of a gas crisis.

He said: “There is no question of the lights going out, of people being unable to heat their homes. There will be no three-day working week, or a throwback to the Seventies.”

The government said the UK has a “diverse and secure” range of suppliers. Norway in particular is increasing its exports from October.

However, demand for gas is rising across Europe, and some fear the UK could be physically – and perhaps politically – at the back of the queue.

Making matters worse is the Nord Stream 2 pipeline, which transports gas from Russia into Germany through the Baltic Sea, bypassing Poland and Ukraine.

A deal was struck between German Chancellor Angela Merkel and Russian President Vladimir Putin to have Gazprom, the state-owned Russian gas company, construct the pipeline.

But Mr Putin is now hoping to avoid Ms Merkel from implementing EU law across the system, and as a result, he restricted the flow of gas travelling into Europe through existing pipelines.

This has put pressure on gas supplies and affected the rising prices, also impacting the UK as it imports Russian gas from the Netherlands indirectly. 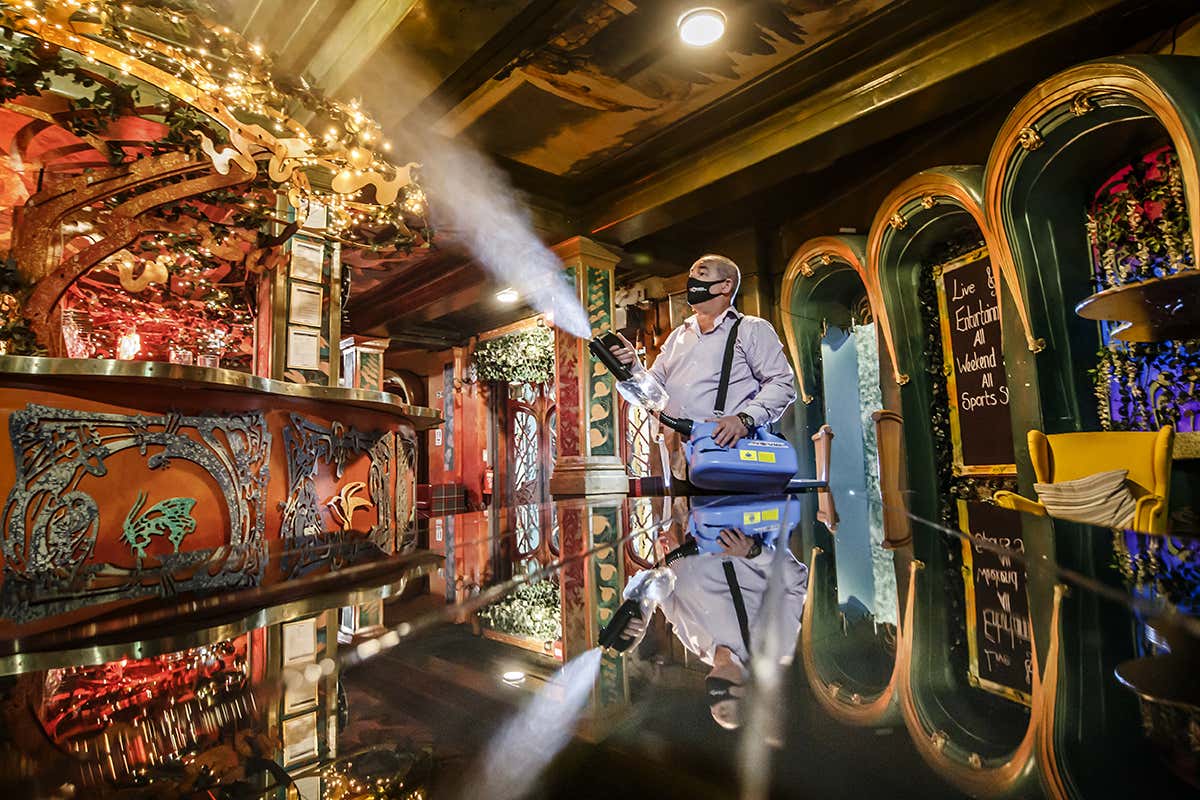 Self-peeling droplets have been discovered, along with a new way to control adhesion of freezing droplets by adjusting the thermal properties of […] AURORA, Ore. (AP) — A unit of wheat is a called a bushel, and a standard weight of potatoes is called a […]