Israel, among the first countries to launch coronavirus vaccinations and the first to roll out booster shots on a large scale, is offering a disturbing glimpse of what could be in store for other rich nations if they begin to give boosters this fall. Israel launched its pioneering booster campaign in late July, prompted by a surge in cases reflecting the extreme contagiousness of the Delta variant, the loosening of restrictions, and an apparent waning of protection from vaccines given in early winter. But cases have risen even higher since, suggesting boosters are far from a panacea when children and others remain unvaccinated.

Since 30 July, Israel has given a third shot of messenger RNA vaccine to more than 3 million people, including a majority of those 40 and older. Yet Israel is “stuck in a status quo of 1000 or 900 new cases per million per day,” says Ran Balicer, chief innovation officer at Clalit Health Services, Israel’s largest health maintenance organization, “which is a very bad status quo to be stuck at.”

Public health experts differ about exactly why a country of 9.3 million that is vaccinating so aggressively still has one of the highest rates of reported infections per capita in the world, more than twice that of the United States. Extensive testing and social factors may play a role. But David Dowdy, an infectious disease epidemiologist at the Johns Hopkins Bloomberg School of Public Health, says it’s a sign that “providing booster shots alone does not dramatically change the course or trajectory of transmission at a country level. Because the majority of transmission is still occurring from people who are unvaccinated.” Israel’s vaccination rate—64% of its population has received at least two doses—puts it ahead of the United States but behind some 30 other countries.

Israel’s experience is feeding into booster discussions such as last Friday’s meeting of advisers to the U.S. Food and Drug Administration (FDA), which voted unanimously to recommend a booster dose of Pfizer and BioNTech’s SARS-CoV-2 vaccine, but only for people 65 and older and those at high risk of severe disease.

Among Israelis 60 and older who received a booster, the risk of infection fell 11-fold in August and the risk of severe disease 20-fold compared with their twice-vaccinated peers, according to a study of 1.1 million Israelis published in The New England Journal of Medicine last week and discussed by the FDA committee. At the meeting, Ron Milo, a systems biologist at the Weizmann Institute of Science, presented data showing that during August, the virus’ ability to spread—its so-called reproduction number—fell by 30%, until each infected person was infecting slightly less than one additional person, a threshold that’s essential for ultimately ending an outbreak.

But Israel’s recent case counts don’t reflect that trend, noted advisory committee member Amanda Cohn, chief medical officer at the U.S. Centers for Disease Control and Prevention’s respiratory disease center. “Why is it that if your [reproduction number] went below one … you’re at your highest [new case] rates right now?” she asked at the meeting.

The paradox reflects social realities, Sharon Alroy-Preis, director of public health services for Israel’s Ministry of Health, told the meeting. Public schools opened on 1 September and the Jewish High Holy Days, with their attendant travel and family gatherings, stretch from 6 to 27 September. (Many Israelis do not wear masks at indoor family gatherings.)

Balicer, who is chair of the expert committee that advises the Israeli government on pandemic response, agrees. “The combination of [unvaccinated] children meeting in school followed up by large family gatherings is the recipe for mass dissemination of the disease,” he told Science.

A significant portion of the new infections is occurring in the 2 million Israeli children who are younger than 12, for whom vaccines are not yet approved. Whereas this group represented 24% of new infections on 14 August, that number had risen to 42% in the week ending 16 September. “There are two parallel forces driving this proportion up: school opening, and gradually increased protection of the older population,” Balicer says. More than three-quarters of Israelis who are 60 and older have received boosters.

Israel’s case count likely reflects a third factor, too—extensive testing, says Dvir Aran, a biomedical data scientist at the Israel Institute of Technology (Technion). “Since school started children must get tested if there was a confirmed case in their class. This means that many more children are getting tested.” (His 2-year-old daughter is now in quarantine with her mother, separated from him and her siblings, because a preschool classmate tested positive.)

Even as infections surge in children, daily new severe cases have declined from between 90 and 100 in late August to about 70 so far in September. Because children are less likely to get severely ill from COVID-19, “We are seeing a lot of new cases but we don’t see a lot of new severe patients,” says Dror Mevorach, a physician who cares for COVID-19 patients at Hadassah Hospital Ein Kerem and advises the government.

The booster campaign has also dramatically shifted the vaccination status of people who do get seriously ill. In mid-August, after vaccine efficacy had started to wane and before the effects of boosters had taken hold, 59% of severe patients were fully vaccinated. By mid-September, 70% of new cases of severe illness were in the unvaccinated. “All [our] severe and critical patients below 60 are nonvaccinated,” Mevorach says of his hospital.

Dowdy cautions that Israel may be an outlier rather than a harbinger for Western nations. Schools have reopened in dozens of other countries that are not experiencing equivalent surges—and many nations with very low levels of vaccination aren’t facing outbreaks akin to Israel’s. “What’s happening in Israel isn’t happening really anywhere else in the world,” he says. Ruth Hershberg, an evolutionary microbiologist at Technion, thinks Israel’s high rate of testing could be a factor. “We are better at detecting cases [than most other countries],” she says.

But Aran worries an Israel-like situation awaits nations that began vaccination campaigns later, even if they begin to offer boosters. “Beware,” he says. “The combination of Delta and waning immunity is bound to create very harsh outbreaks in other countries as well, not just in Israel.”

Israeli experts hope a continuing booster drive will help the country emerge from the current holding pattern. “The majority of Israelis over 40 have [received] a booster. But it’s a minority under 40. And infections all over the world are driven by the young,” Hershberg says.

The country is also turning to other measures to contain its surge. Beginning on 3 October, to gain access to sporting and cultural events, restaurants, hotels, gyms, bars, universities, and religious services of 50 or more, people 12 and older will need to show proof they were fully vaccinated no longer than 6 months ago—or that they have received a booster.

But it still lacks lox 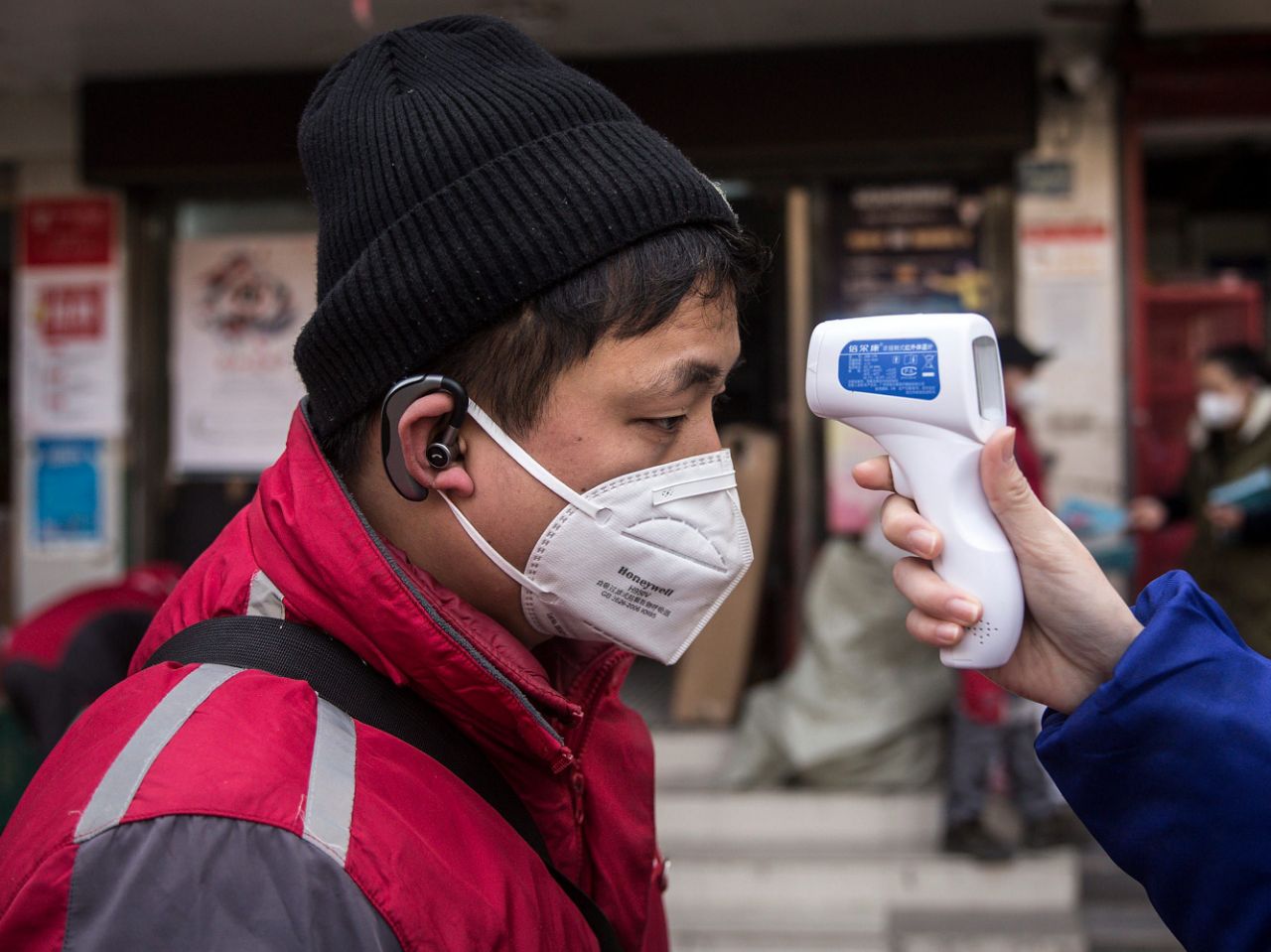 courier wuhan Stringer/Getty Images As fears over the deadly coronavirus from China grow, so are racist and xenophobic incidents against Asian communities […] 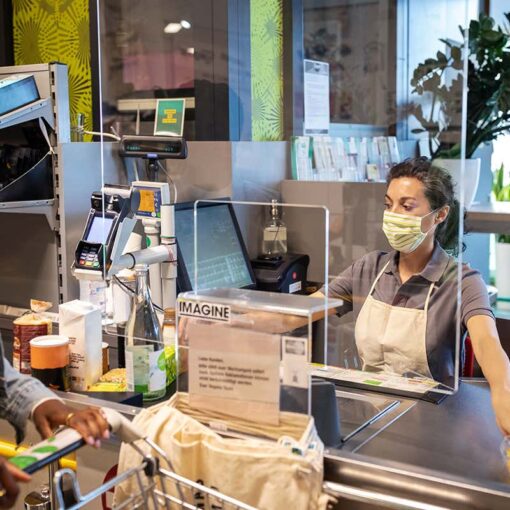